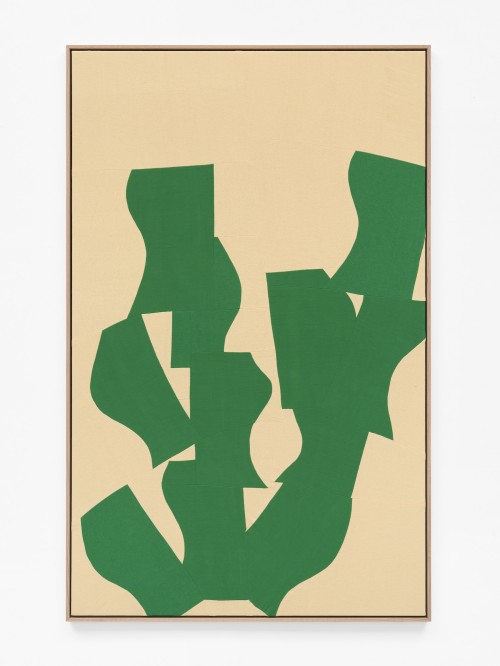 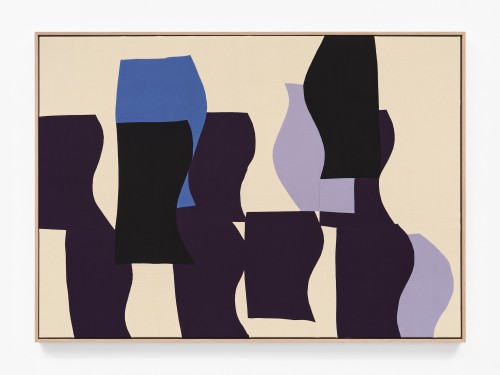 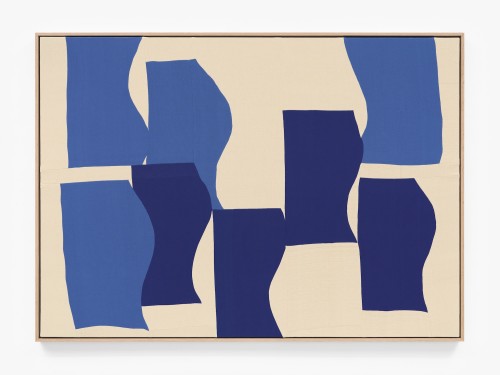 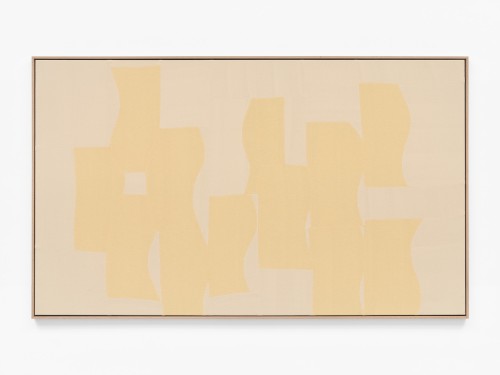 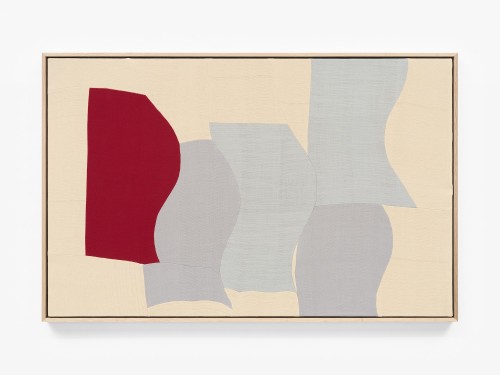 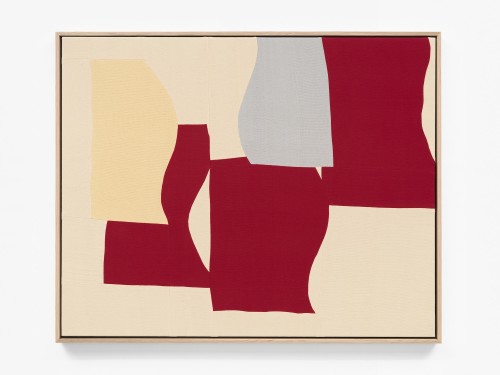 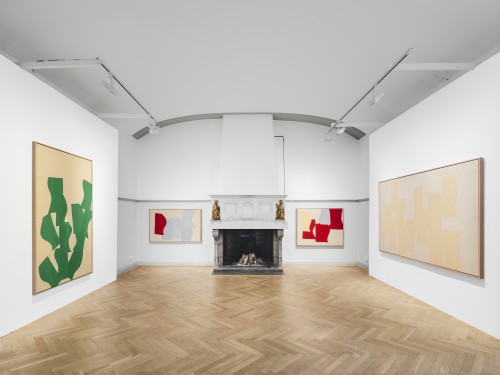 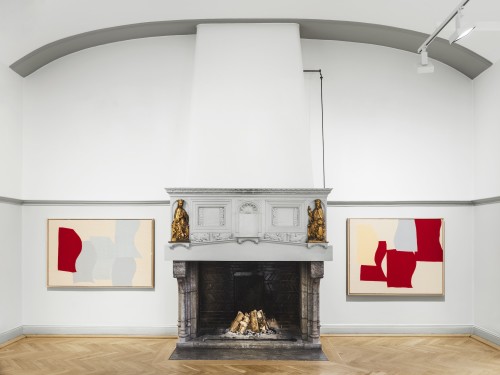 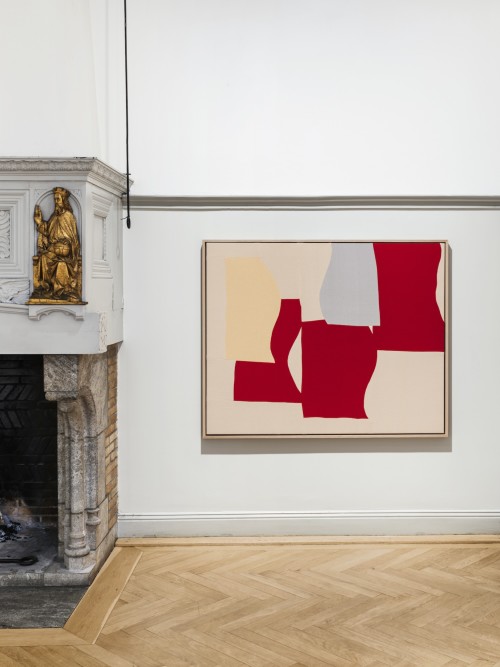 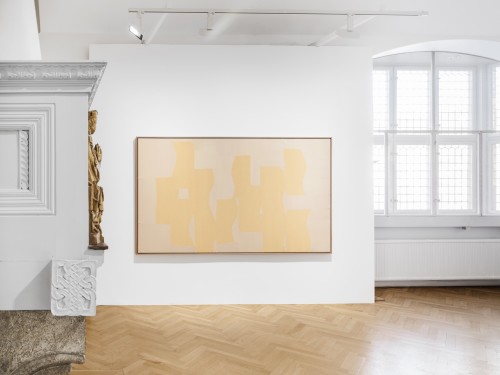 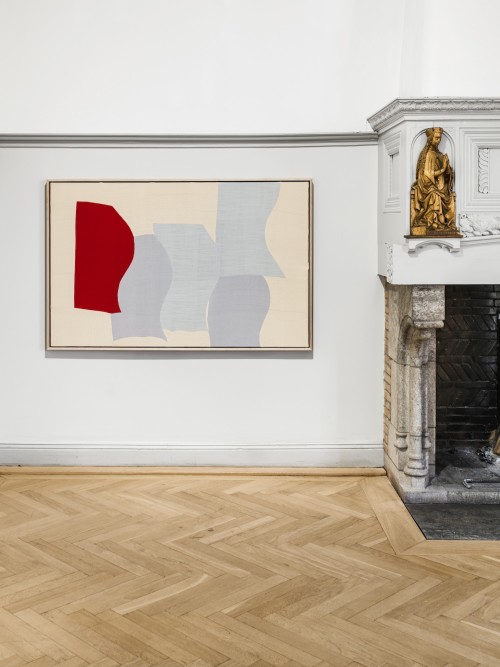 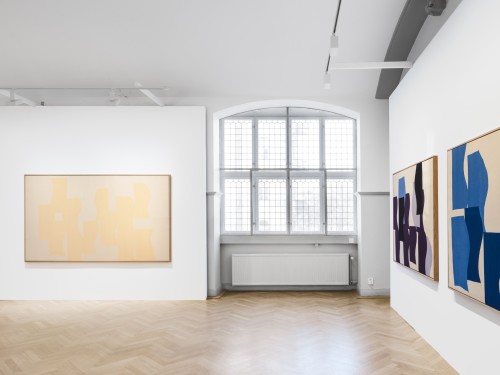 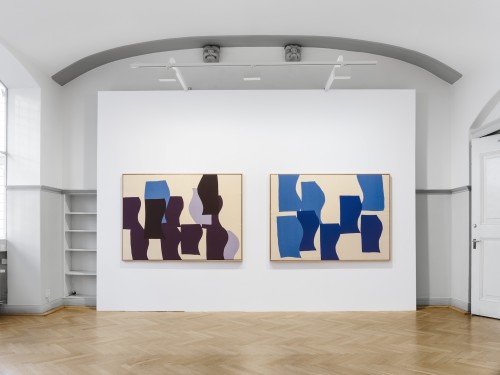 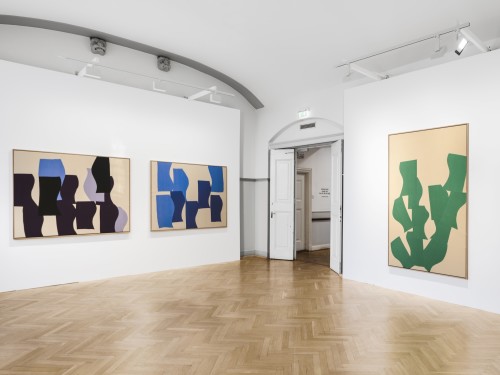 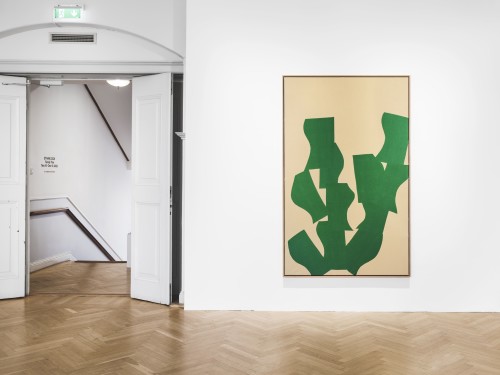 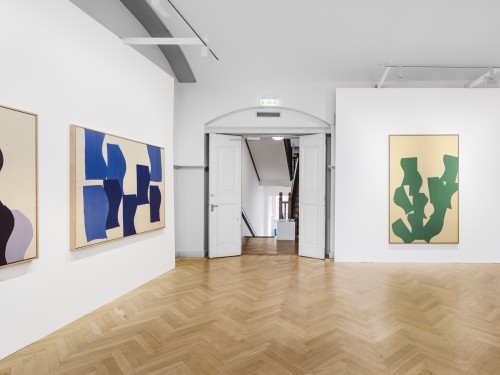 Loyal Gallery is pleased to present ‘Family Tree’, our second solo exhibition with New York artist Ethan Cook. The exhibition expands on the artist’s unique painting practice which reconsiders the possibilities and limitations of the canvas itself as a medium of communication. Six new woven works will be on view in the upstairs gallery in Stockholm, Sweden from November 11 to December 10, 2022.

251.9 million years ago, our planet Earth faced its most devastating extinction event, leaving behind its most colossal oil deposits where there was the most life to take: the nutrient-rich soils of Paleozoic coastal basins like those in present-day Russia, Saudi Arabia, and the Permian Basin of West Texas. As a result of epochs of geological precarity, the area of Texas which borders Mexico and New Mexico manifests a stark landscape of blue expanse atop yellow, yucca-crisp hills which often remain long uninterrupted—save for the oil rigs and sparsely-populated towns once reliant on their proximity to railroad lines. Here the trees crouch low into the brush, hiding their heads from the sun, and melt into waves of hills as they hem up the horizon. Here, for hundreds of kilometers, heaven and earth split as easily as a child proudly slicing through construction paper: a field severed and newly becoming by an unruly line, with pieces now equally able to become background or foreground.

This in-flux quadrilateral shape is a sort of signature of Ethan Cook—a metonymy of the artist’s hand as avatar for intervention—and is present throughout each of his litany of hand-hewed canvas paintings which feature no paint at all, but are instead woven from dyed thread on a floor loom, snipped, resewn, and stretched. Throughout ‘Family Tree’, these shapes iterate, collapse on one another, and disappear, in each instance revealing unique combinatory and contextual possibilities for what feels most essential to the architecture of how our life stories and experiences are shaped. The title of the exhibition, as well as the homonymic work at its font, speaks to the histories which shape us and how these histories are lived through in the most foundational qualities of both the image and the performance of its creation and translation. Affected by an intricate mural of an genealogical family tree painted on the wall of a Florence hotel whose generational ownership stretches back to 1408, Cook developed the first work of the six on show beginning with an outside image and utilizing its gestalt as a subject rendered in method: working from the bottom up as the seedling which sprouts, with this then becoming the trunk of the paintings in the exhibition which followed as branching out from this point of origin. Unlike the trees of West Texas, where Cook has spent much time, including in Terlingua, a “ghost town” outside of Marfa, the subject of Family Tree (2022) grows tall and proud, stacking monochromatic green rhomboids teetering yet still, forking off into the ivory canvas void.

The colored fabric panels which make up the paintings in ‘Family Tree’ each wink at mathematical artifice: evading precision without abandoning it, neither perfectly curved nor naturally torn nor satisfyingly sharp, and repeating often in color and size and shape but never identical in their warps from deviations in the weave or from the very seams that provide their support. Cook’s panels, vacillating and arrested, conjure the line at which the natural meets the man-made, acting out rather than simply illustrating the desert sky as seen from the highway, the imposing city streets of New York where the artist now resides, or the wall of a hotel which has seen generations of families drift across its face. The seams fade into their own horizons when a fabric of one color is met with the fabric of another, but the sutures become clearer when the colors are shared, revealing new logic in the shattered lines which ultimately make the shape whole.

As these discrete forms bend and blur against one another, Cook’s compositions become both focal and multi-focal, with voids of unpainted canvas simultaneously created and ended by their junctures with one another—the painterly intervention which would normally sit atop the fabric is supplanted by the creation, alteration, and removal of the fabric itself. Within these forms the eye remains busy but never tired as it creates an algebraic dance along the variant interruption and recreation of field and color, retracing the artist’s own haptics in a dynamic generation of their own syntheses from a system of feeling laid bare to be re-read and felt anew.

In Pretty as a Picture (2022) the rectanguloids of deep plum are interspersed with two of a dusty orchid and two in black which fade into the plum but seem to almost face one another, with one jarring cotton blue swatch tucked behind, its foot hidden, deserving of attention without demanding it, suggestive of structures we see mirrored in so many opposing systems throughout our lives, natural and artificial, yet refuting description in favor of affect. As the artist says, “the space between the minute and the gestalt is the space of feeling and experiencing the work,” and it is this space which is just as much the work as what is baked into or drawn from it. Donald Judd, whose Marfa-based studio practice was similarly unmoved by paint atop a canvas, spoke this of the interdependence of specific and total expression: “It isn’t necessary for a work to have a lot of things to look at, to compare, to analyze one by one, to contemplate…the thing as a whole, its quality whole, is what is interesting.” At the same time, Ethan Cook’s systems remain aware of their own image body, cropped and bound tightly, reminding us of painting’s limits as well as its possibilities: that these are still paintings without paint, and they are still a void. In their quiet vastness, the paintings in ‘Family Tree’ contend with how we might hold space in and with an image as a means to not only disrupt but to connect, recombine, and create anew.

‘Family Tree’ will be on view from November 11 to December 10 at Loyal Gallery’s location at Odengatan 3 in Stockholm. An opening reception will be held on November 11 from 6 to 8 PM. The exhibition may be viewed during gallery hours Thursday through Saturday, 12 to 4 PM, and by appointment.