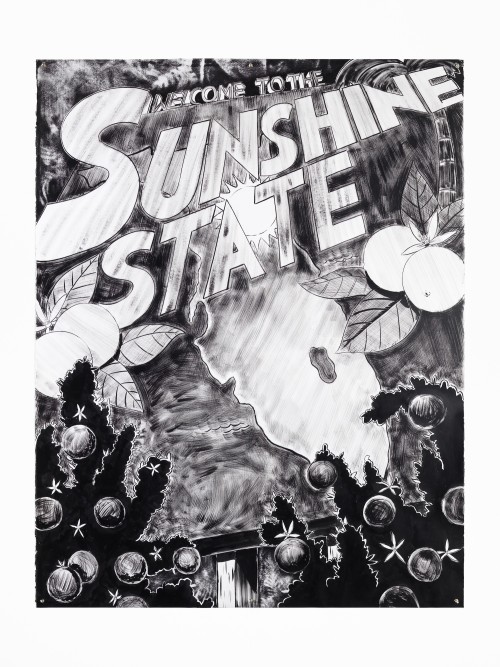 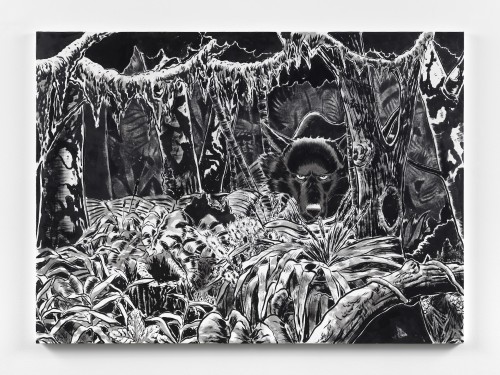 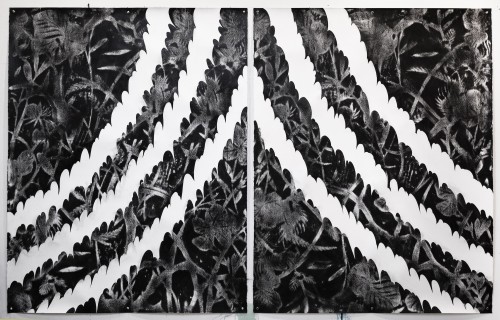 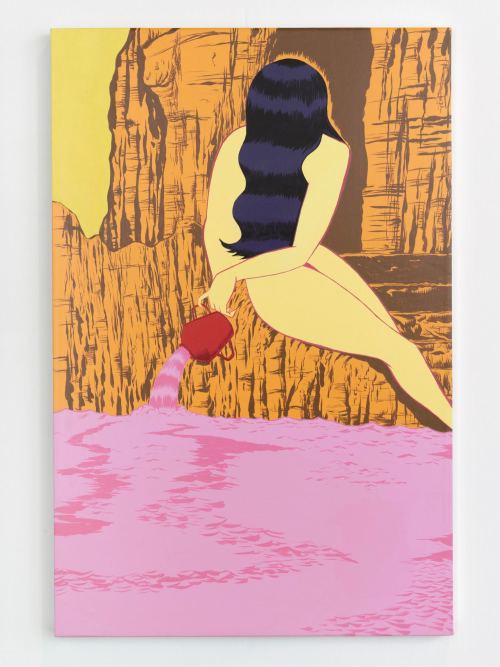 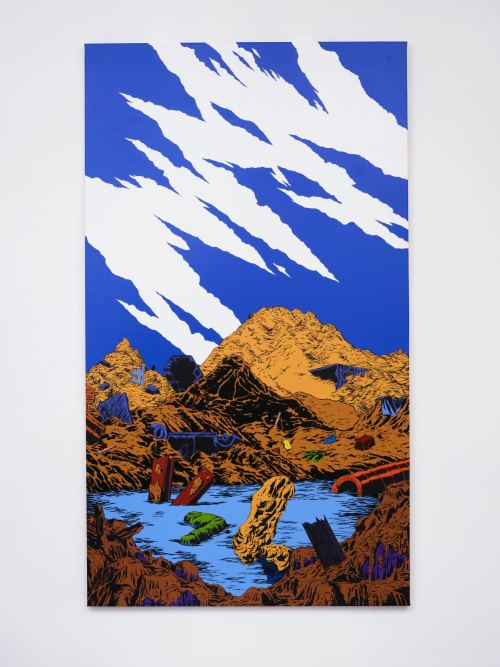 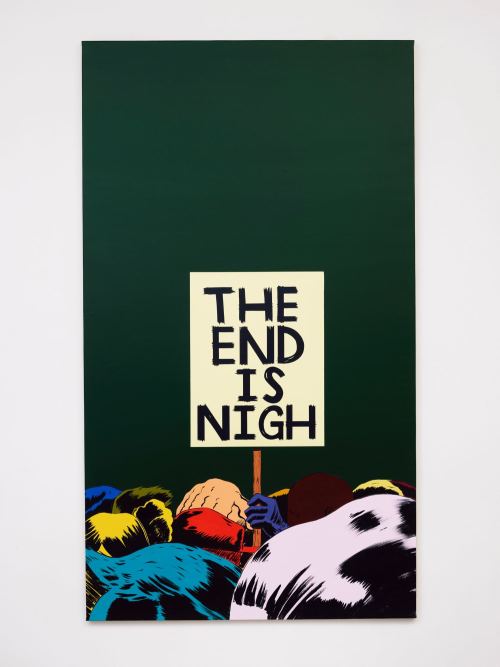 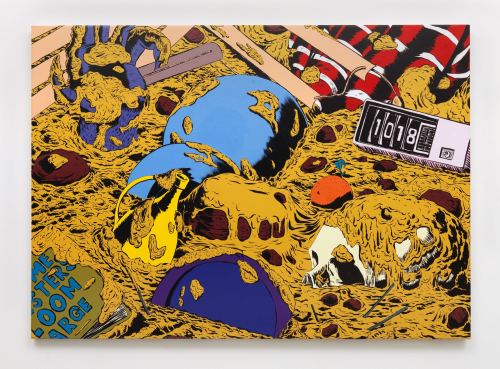 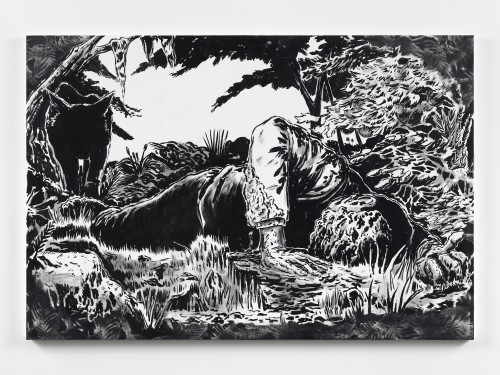 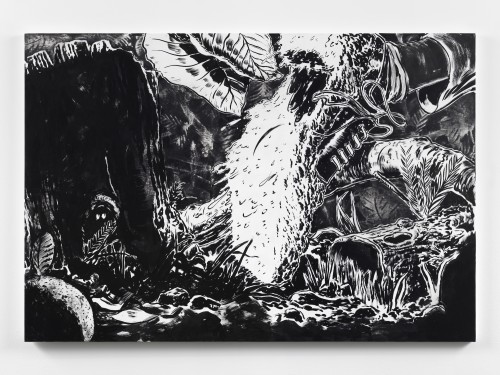 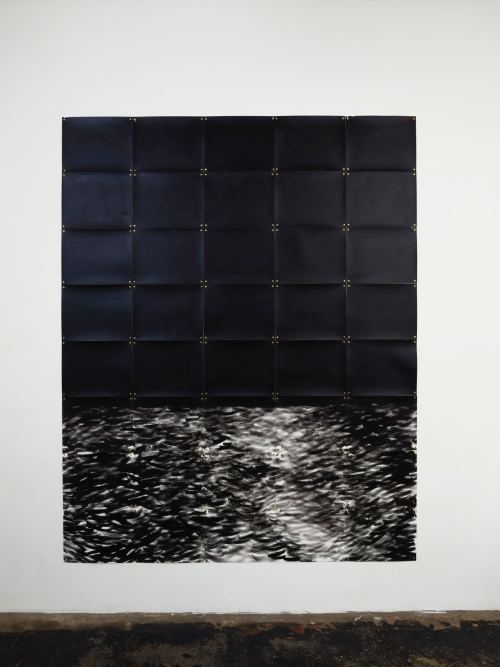 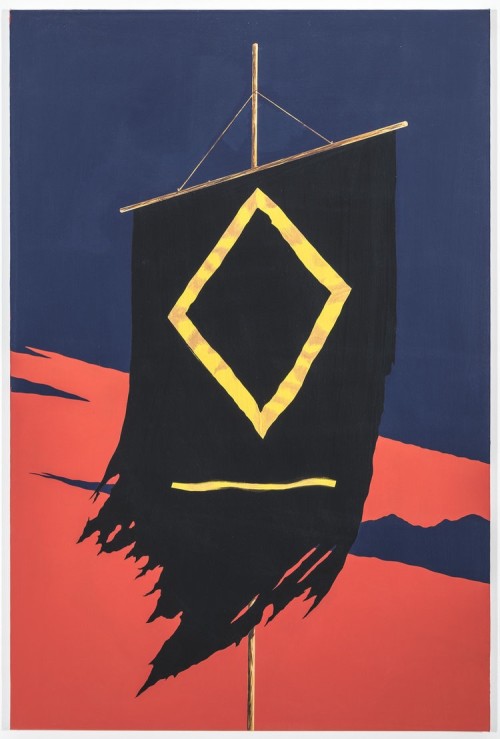 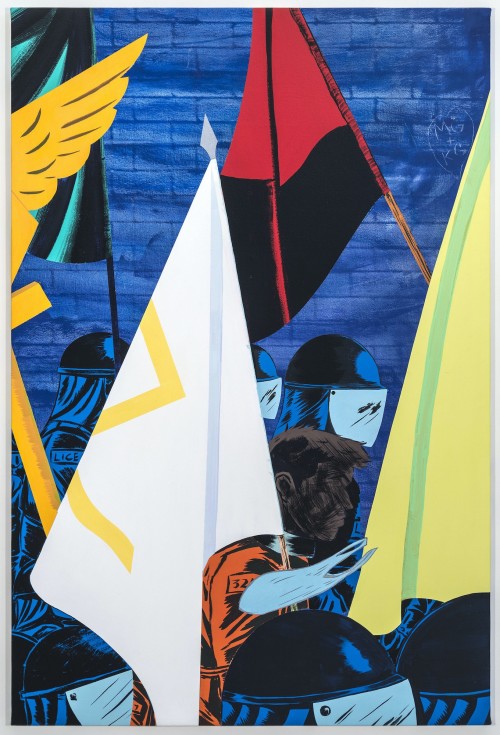 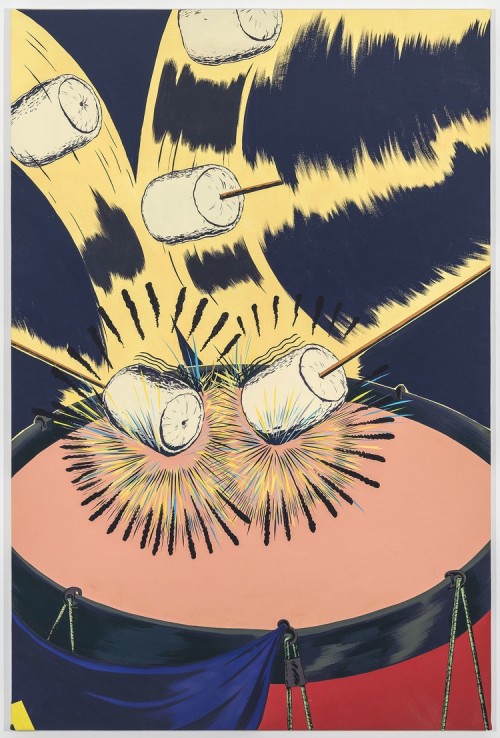 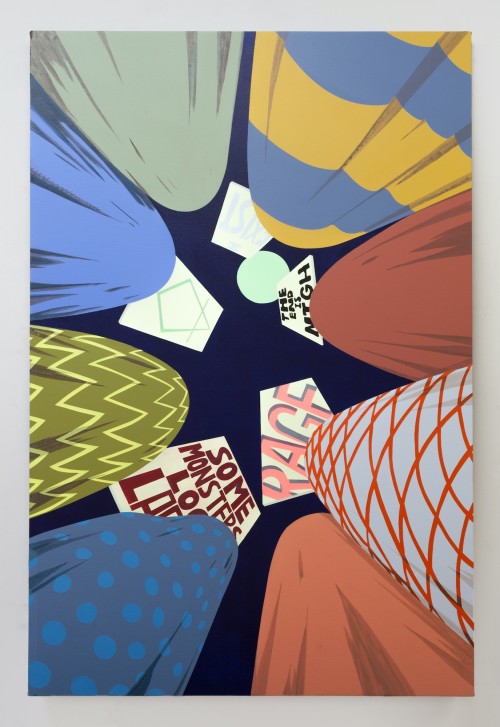 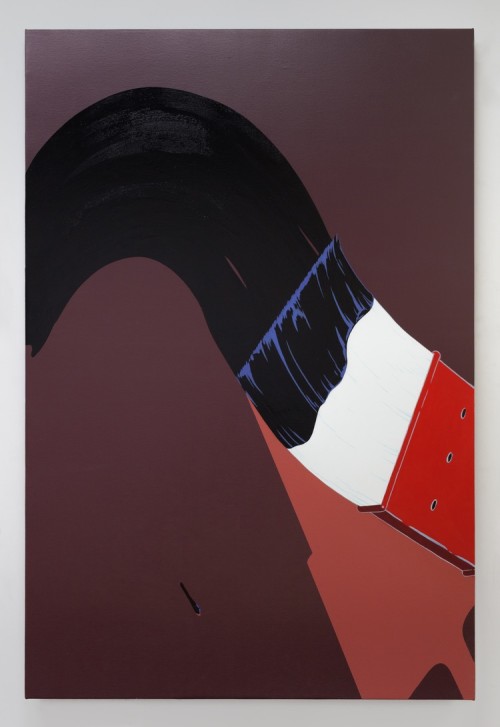 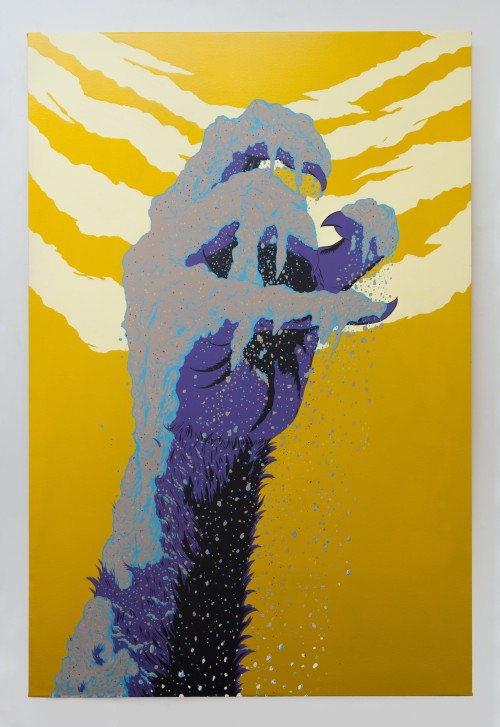 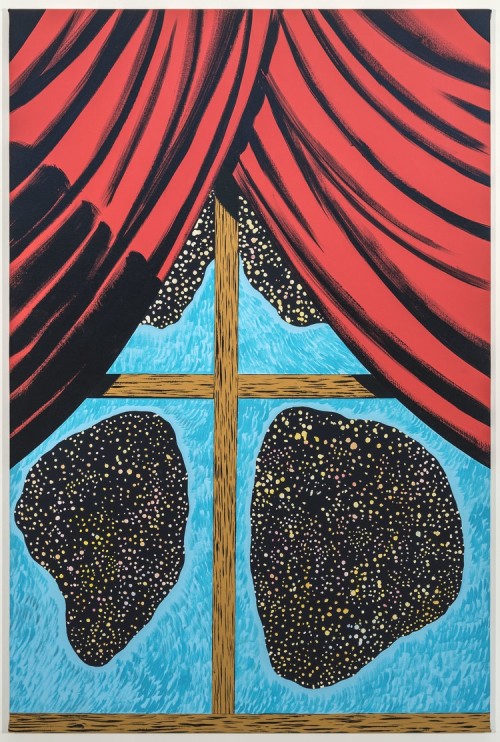 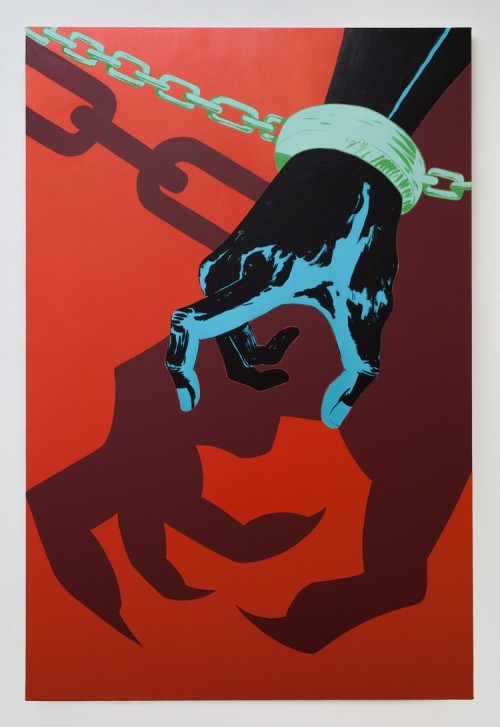 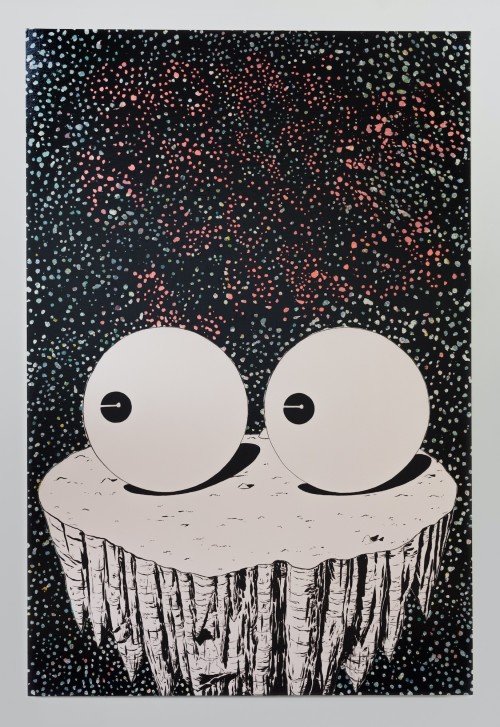 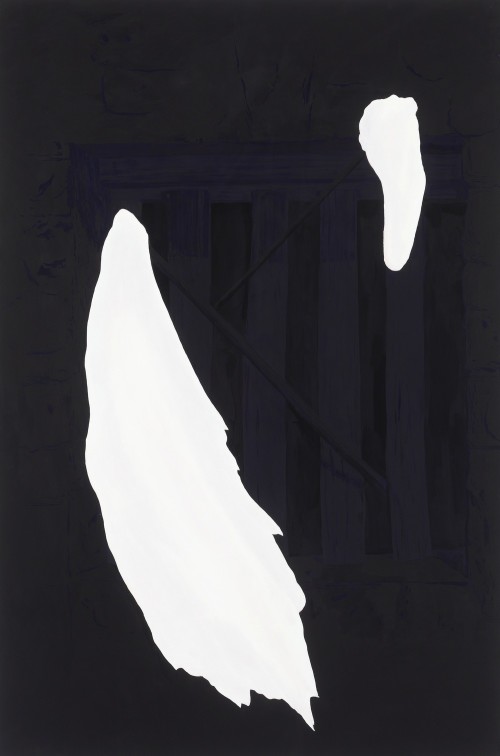 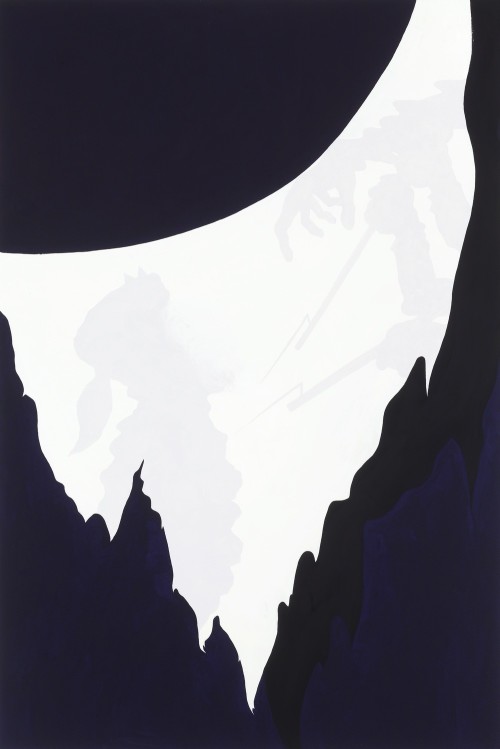 Gibson co-curated the exhibition Black Pulp! with William Villalongo in 2016, which has travelled from Yale University to IPCNY, USF, and Wesleyan University. Black Pulp! has been reviewed in the New York Times and Art in America. In 2016 Gibson self-published his first book, Some Monsters Loom Large, with the help of an E-Grant from the Foundation of Contemporary Arts, NY, NY. The book was re-issued in a second edition in partnership with IPCNY. Gibson’s second book Early Retirement was released in 2017 with Edition Patrick Frey, Zurich, Switzerland. Early Retirement was acquired to the Metropolitan Museum of Art’s collection.

Mark Thomas Gibson is represented by Fredericks and Freiser Gallery (New York) and Loyal Gallery (Stockholm). Gibson is currently an Assistant Professor at Tyler School of Art and Architecture, Philadelphia, PA. He is currently working on his third book Behold a Black Wolf.

In the article Frieze, “Acts of Recognition: A new wave of ﬁgurative painting in recent New York exhibitions prompts critical questions about which bodies we depict, for whom and to what end”, David Geers said of Gibson’s work: “For Mark Thomas Gibson, the quest for utopia likewise remains a necessary collective project. Weaving an allusive narrative drawn from his corresponding graphic novel, Gibson works in a vibrant comic-book style, presenting images both ominous and hopeful. … As in much science fiction, the work shows one timeline of many; it’s up to us to alter the course.”

2016
A Being in the World, Salon 94, New York, NY
American Optimism, Able Baker Contemporary, Portland, ME

2015
The Cooper Union for the Advancement of Science and Art, NY, NY