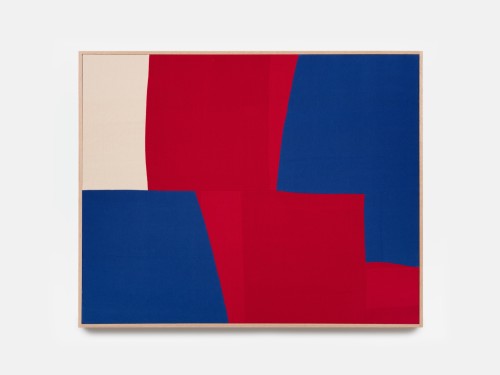 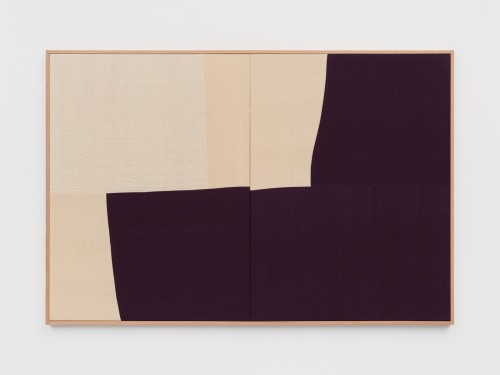 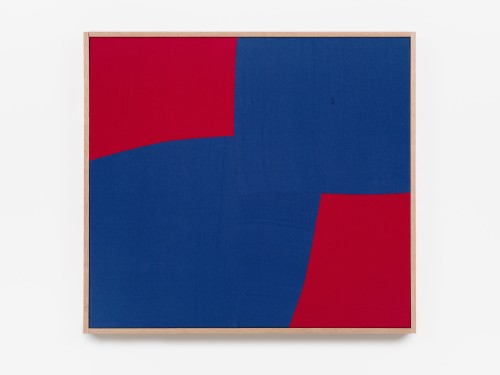 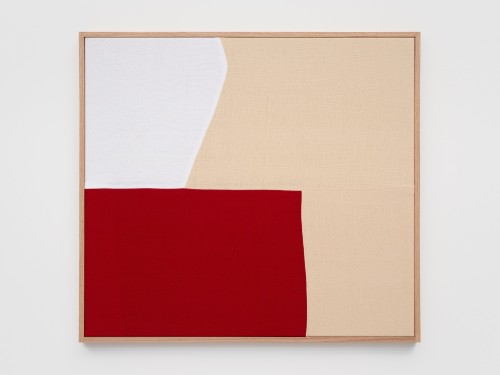 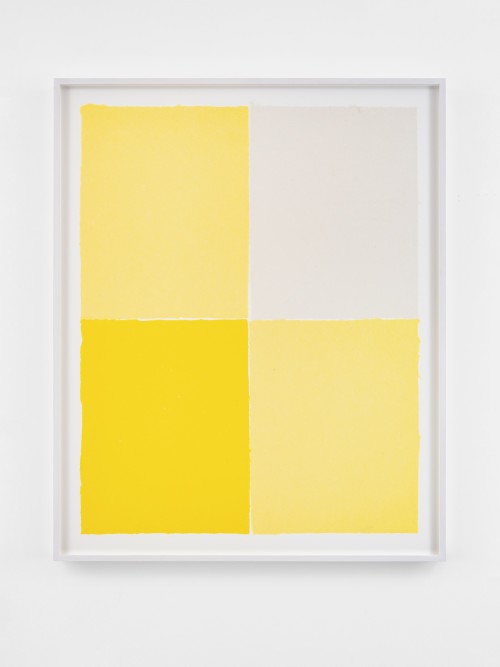 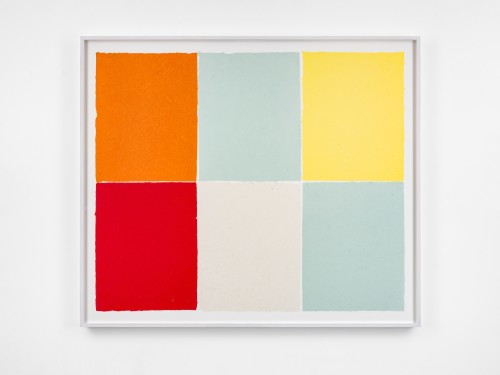 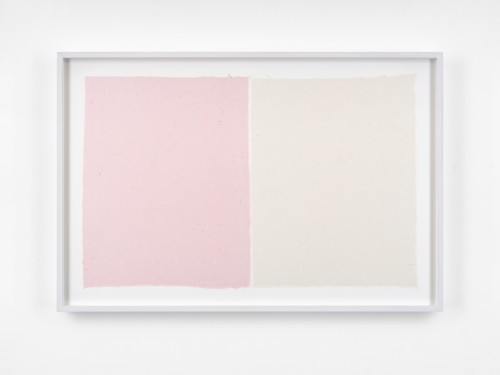 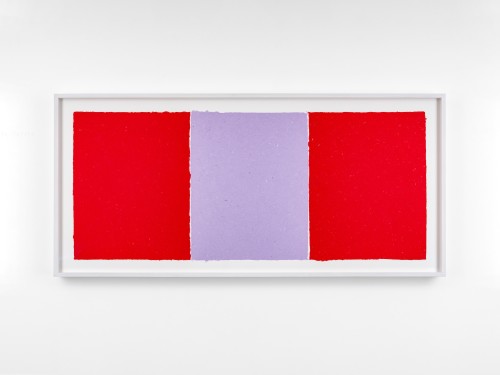 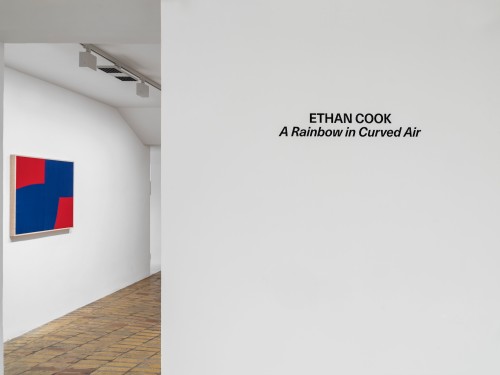 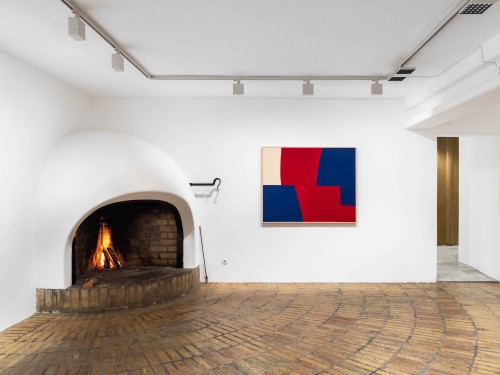 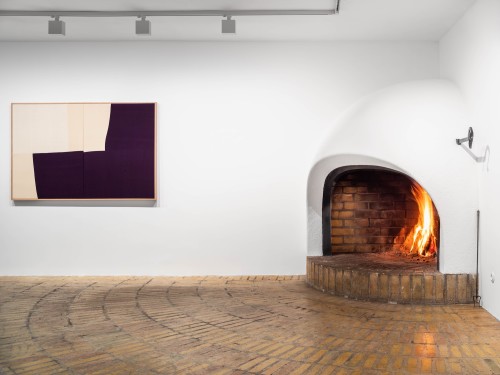 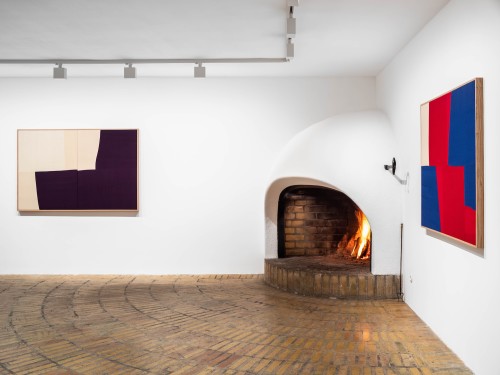 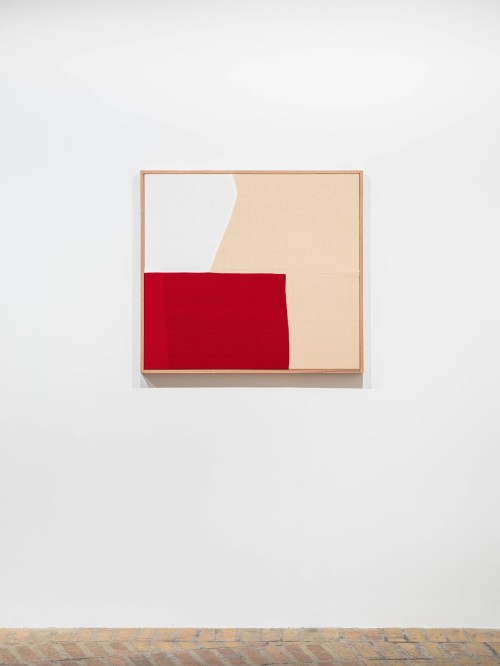 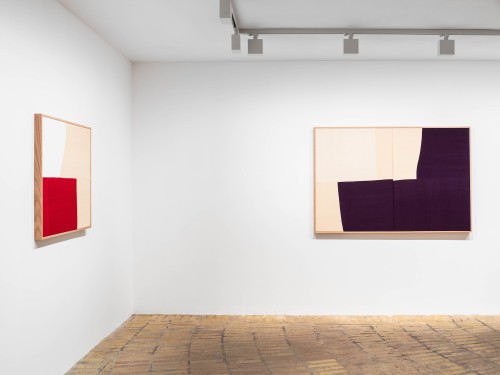 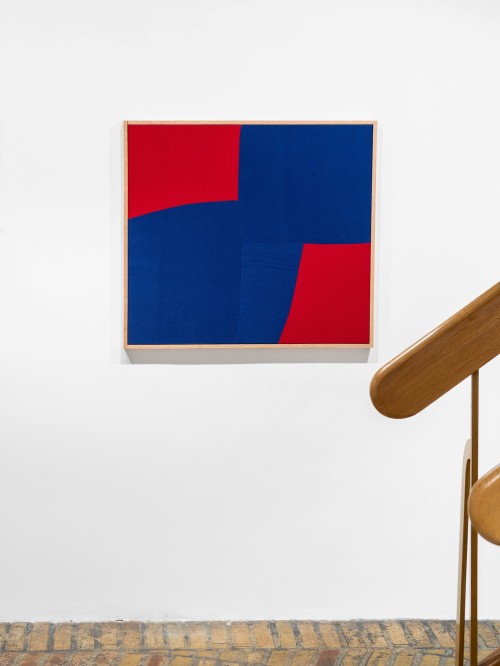 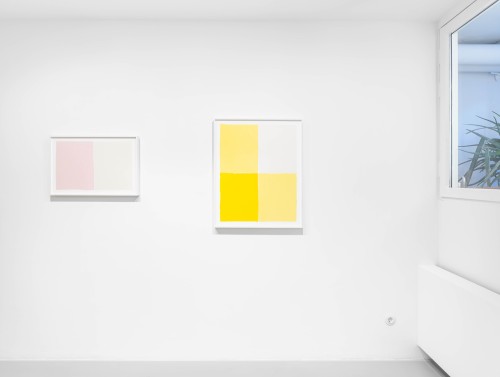 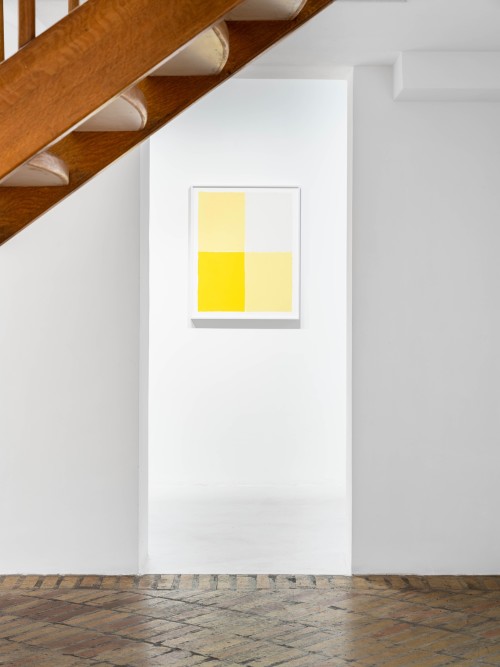 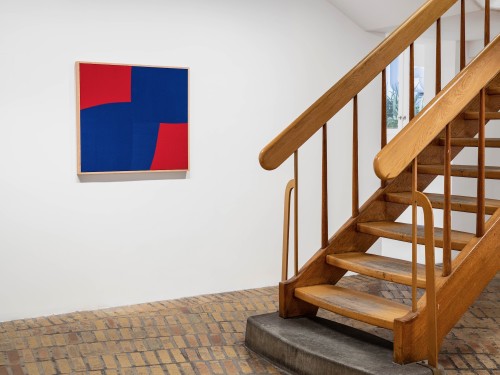 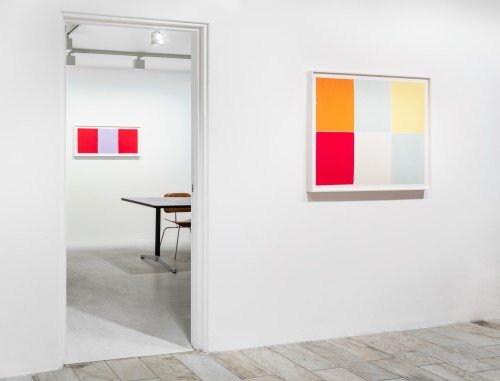 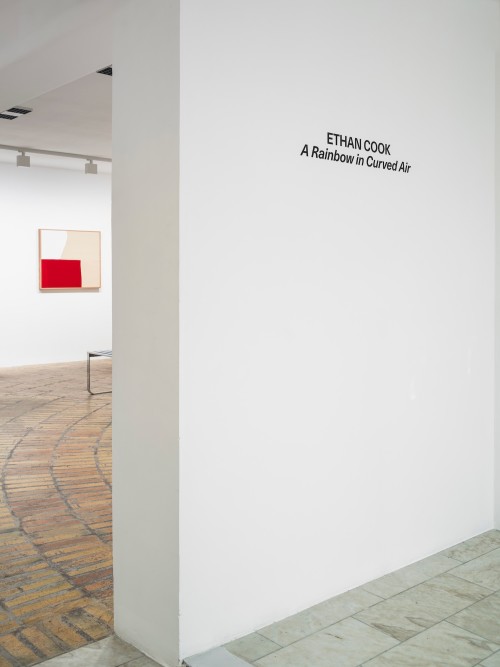 Loyal is pleased to present, A Rainbow in Curved Air by New York artist Ethan Cook, a solo exhibition of woven and paper works. This is his first exhibition with Loyal and in Stockholm.

A Rainbow in Curved Air is an exhibition comprised of eight works, four woven and four paper. While Cook considers himself a painter, he has predominantly used a loom rather than a brush for the past decade. Cook’s “paintings” are made up of swathes of color, using the structure of the canvas itself to communicate the language of abstraction.

Titled after the 1969 album A Rainbow in Curved Air by minimalist composer Terry Riley, a minimalist, psychedelic masterpiece which had a direct influence on the development of minimalism, ambient music, prog rock, and electronic music with its pioneering tape delay techniques and virtuoso keyboard flurries. Cook’s exhibition is an exploration of fine-tuned undertones and overtones in material and technique in a way which grows and evolves over the eight works in the show.

As in the minimal compositions of Riley and La Monte Young, whose music deliberately resists a tendency to a clear opening, development, climax, and resolution, but rather the listener’s attention is directed to more minute changes in pitch and timbre that happen as a musician attempts to sustain a pitch on their instrument. The activity can be seen in the very threads of the music, in the tuning of the strings. We can see why Cook references an album like this for his current group of works, as he continues to rely on the existential aspect of the work itself. Existential in the sense that the existence of the material itself is the work. The material is not inconsequential to the work. It is the work.

Using machine dyed thread, Cook weaves his canvas, bringing it into existence. By weaving the fabric, Cook uses the meditative and rhythmic motion of the shuttle across the loom, a movement and counter movement that produces tension. The creation of the material is a journey the artist must move through from start to finish to get to the full effect of the piece. Seeing the very gradual changes among repeating lines of thread allows the experience of interactions between color, rhythm and movement, at every stage of how they relate to one another. All the many idiosyncrasies and inaccuracies that inevitably occur in the process of weaving, reveal the presence of the artist in the very fabric of the work. “The compositions are determined by the need to fill the space, to bring a plane into existence, to create a work” (Cook). The object possesses the form, color, and texture that are the very basic qualities that bring an object into existence.

When viewing the resulting planes of color, you don’t need to pay attention to each thread as it passes to feel the effect of the piece. In fact, you often can’t, with so many rhythmic layers, pick out one line from the rest of the texture. You don’t see each string in isolation, rather, your eyes become immersed in a symphony of interactions.

Significant to this exhibition is the inclusion of a multi-paneled work. In Purple Moon, two woven panels are adjoined in one frame using multiple planes to create a single work. While most of his compositions do follow a somewhat linear construction, with form and color that move in pattern, building tension and release, here Cook delineates the fields as color is introduced in one panel that differentiates it from its adjoined partner. Through this division, Cook encourages a conversation between the two panels. The line may flow freely across the two panels, but does not always line up as expected, which creates the phenomenon of tension and interruption which also is echoed in the structure of the canvas. As one panel ends and the next begins, there is a continuity, yet also a subtle disconnect. As in all his work, there is not necessarily a sense of the need to “arrive” anywhere. In this space, the viewer is free to travel among the layers of the present moment.