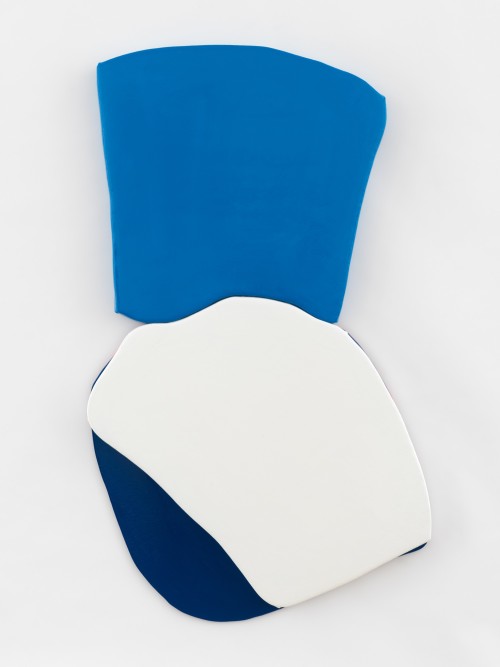 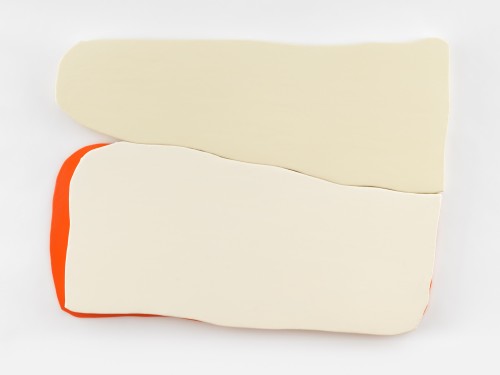 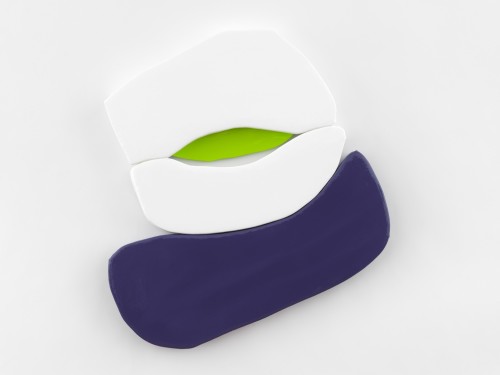 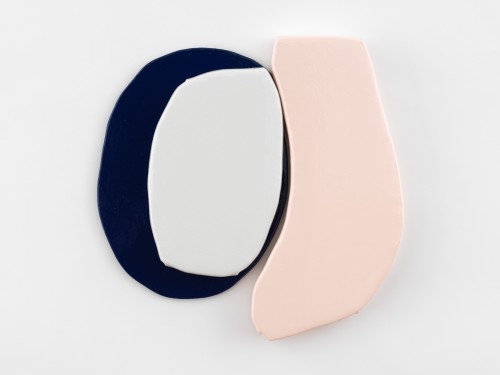 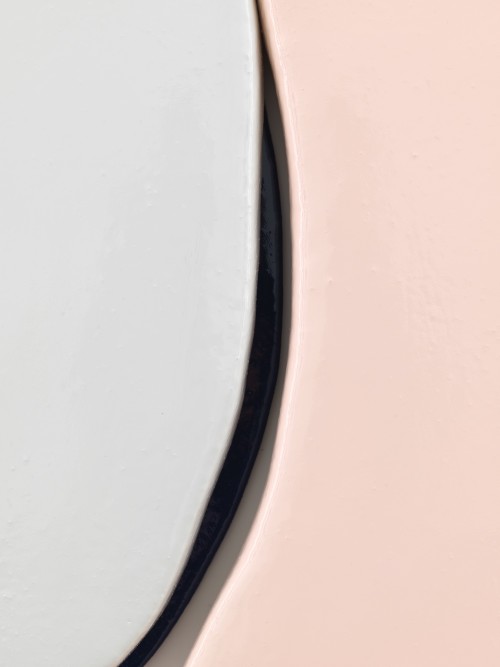 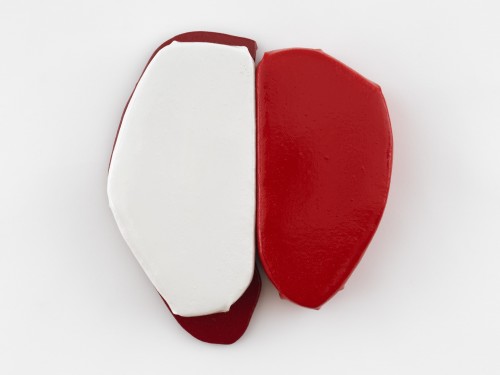 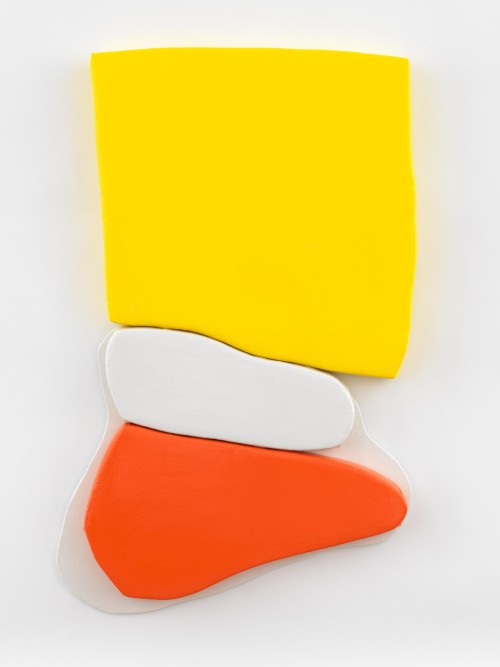 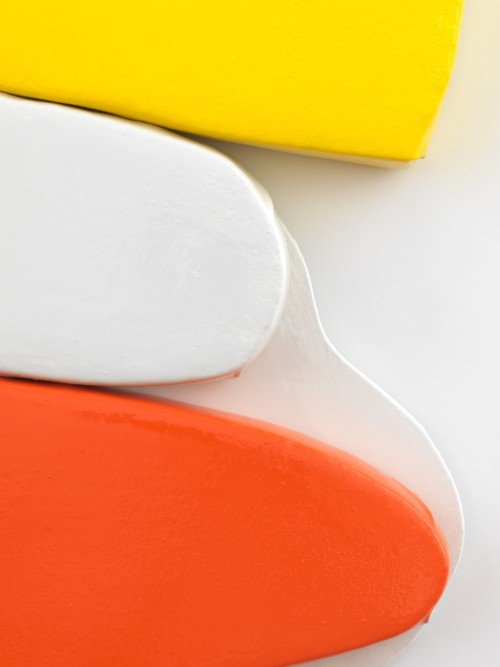 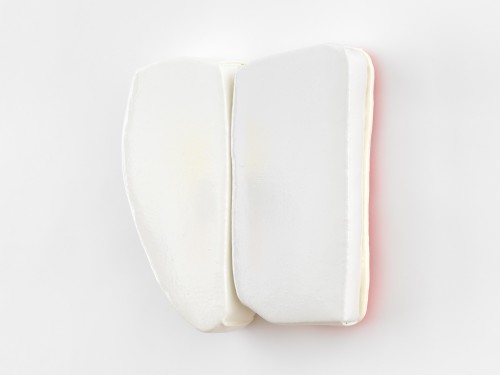 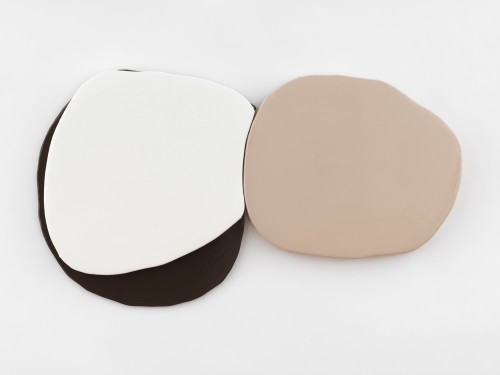 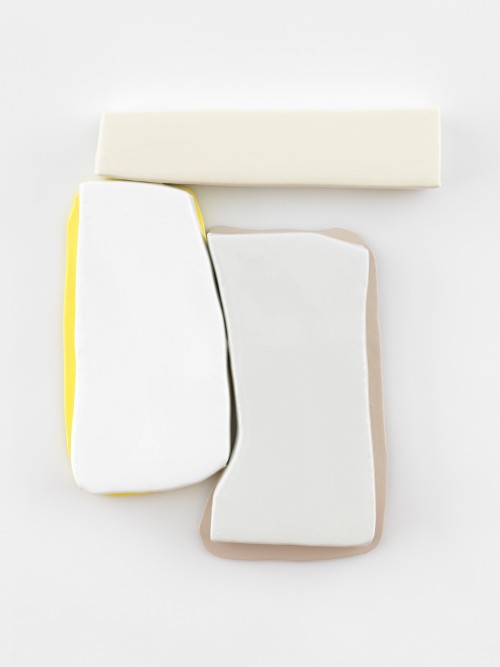 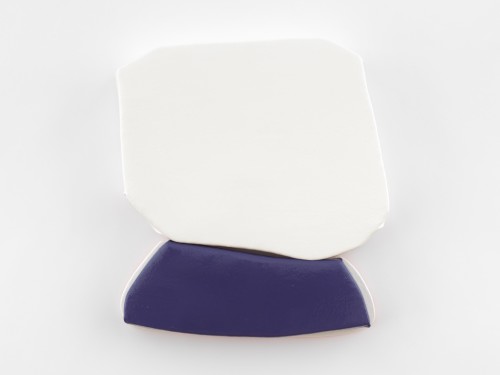 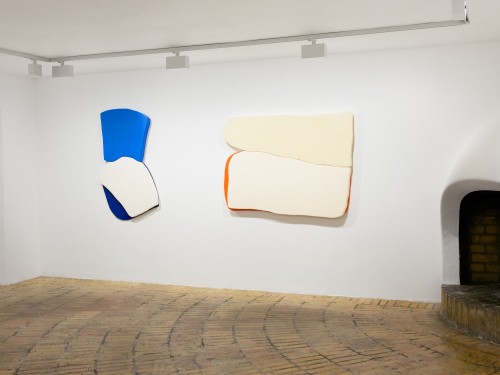 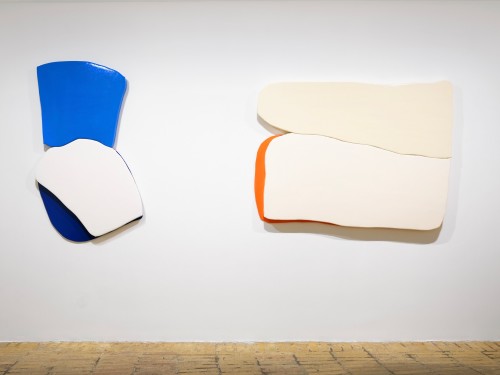 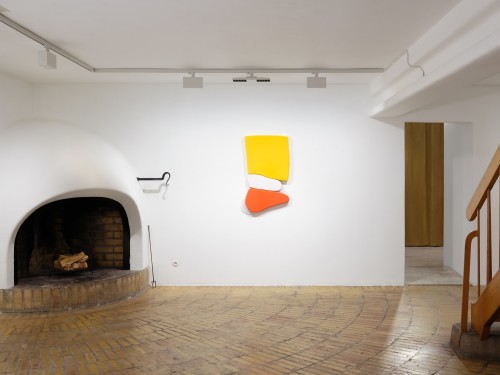 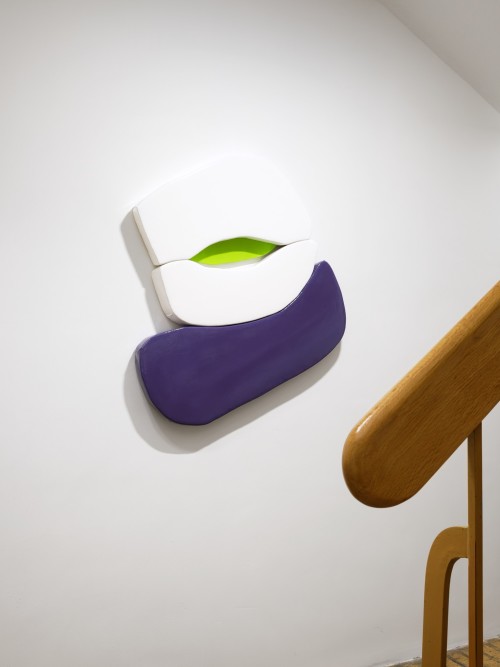 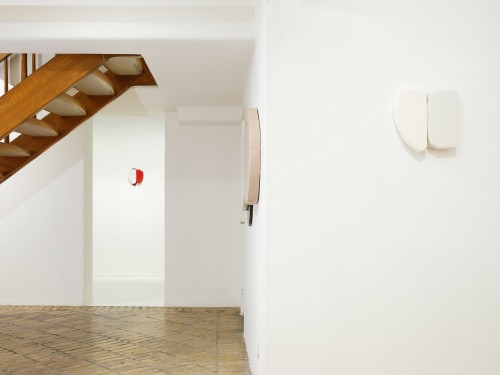 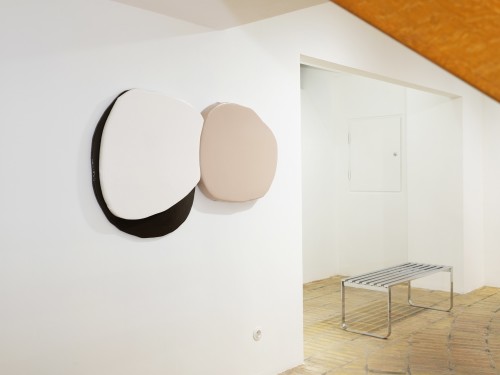 Although analogue stands as a counterpart to digital, in botany and zoology the term refers to a species or group of organisms in one context, which has the same general form or occupies a similar ecological niche as a different species or group in another region, system or period. This seems an apt way of categorising Justin Adian’s practice. Analogue is also the name of his first exhibition at Loyal.

For over a decade, Justin Adian has been stretching enamel painted canvases around shapes of cut out foam and arranging them into wall-mounted compositions. Sitting between the realm of painting and sculpture, his work has been compared to John Chamberlain’s foam sculptures and Ellsworth Kelly’s abstract paintings. But they wouldn’t look totally out of place in the Flintstones’ house either. The work is referential, to itself and that of others. “I don’t have a formula, it progresses. Each piece comes from the one before,” he says.

His process starts with a line drawing that acts as a template for how the shapes are cut. The shapes are then carefully arranged into compositions, which plays at perception of colour, mass and energy. In this series of new paintings, however, the canvas is attached to a layer of felt and mounted on wooden stretcher bars and panels. This means that every angle, curve and edge is pronounced. The shapes and colours residing within each composition find their own space, yet they come together in their relationship to one another. Almost like songs on a record, or a collection of short stories.

Like modernist artists before him concerned with issues of form and colour, Adian’s work represents but does not reproduce reality. And it does so with compassion and emotion, rather than detachment. Beyond how the shapes are arranged, the titles elude to places, memories or activities. Neverfull is inspired by a desert landscape in his native Texas. “I’m a very nostalgic and romantic person. It is the idea of places making their own myths that intrigues me”. In the desert elements stand out against the monochrome flatness of the landscape, be it motel signs or discarded cars. Snippet views from a Texan road trip have been transplanted into a gallery space. Satisfyer, on the other hand, creates a powerful metaphor for the body.

To me these works speak of bodies fumbling in space, of humour and warmth, of memory and place, of energy and mass. They are at once primordial and abstract, sexy and clever.

Johan Deurell is an art critic and a curator of contemporary design based in Gothenburg.