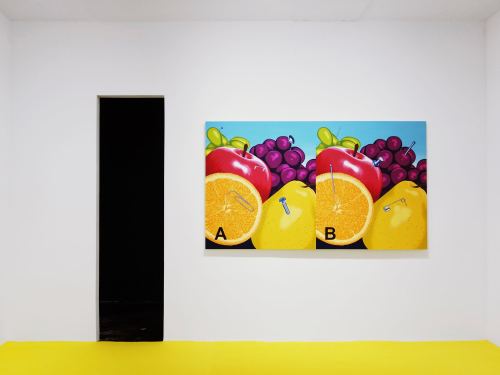 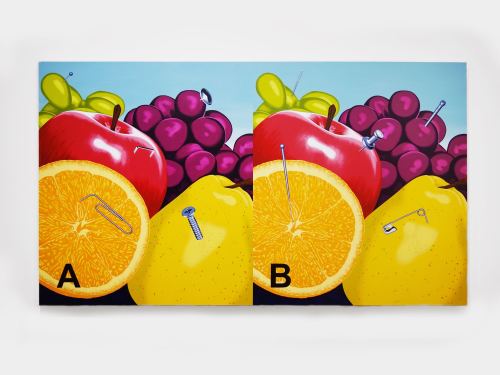 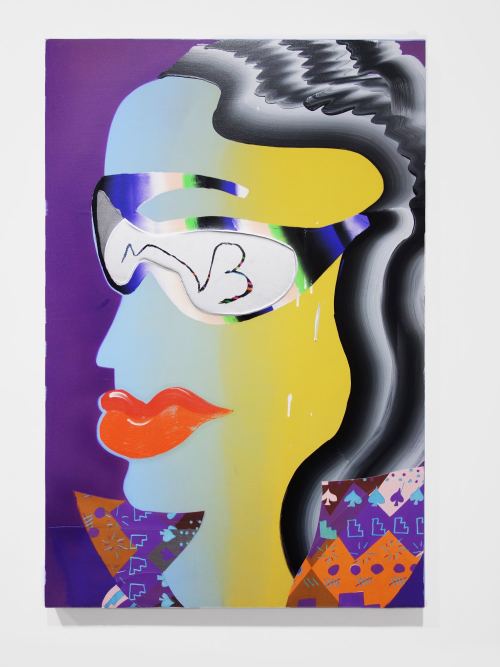 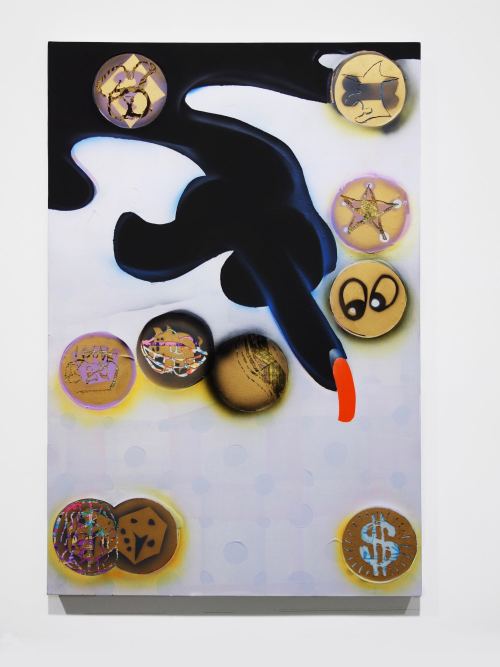 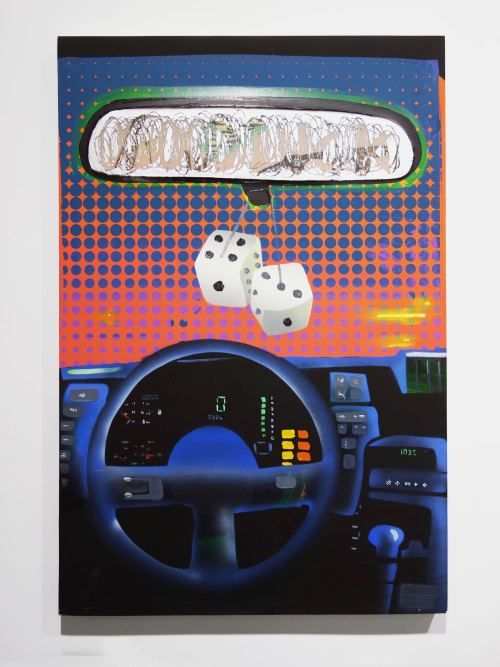 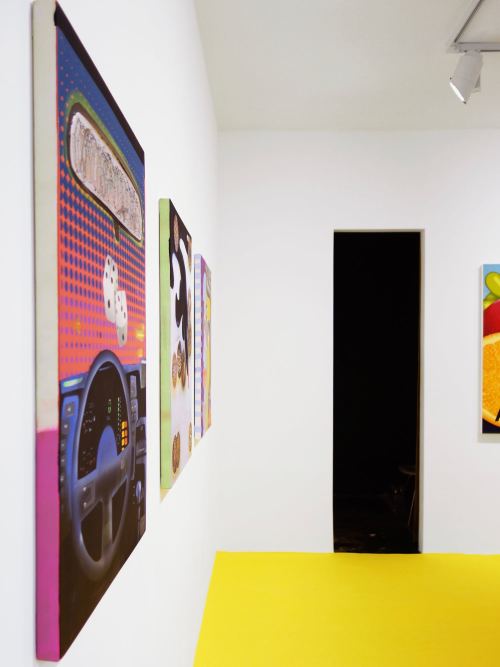 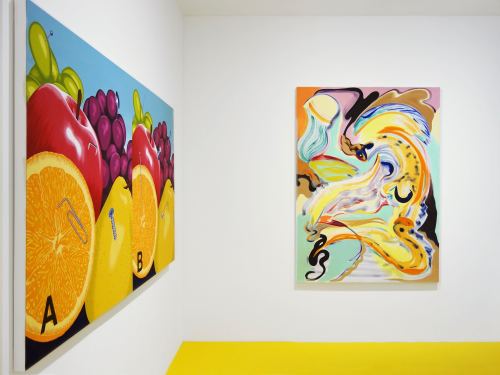 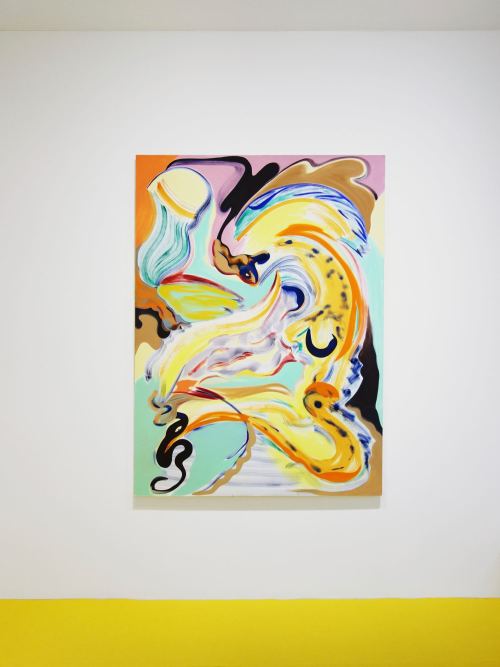 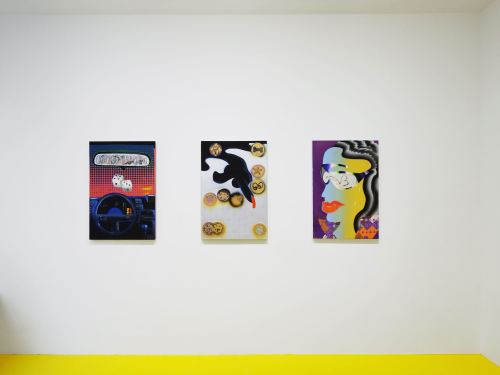 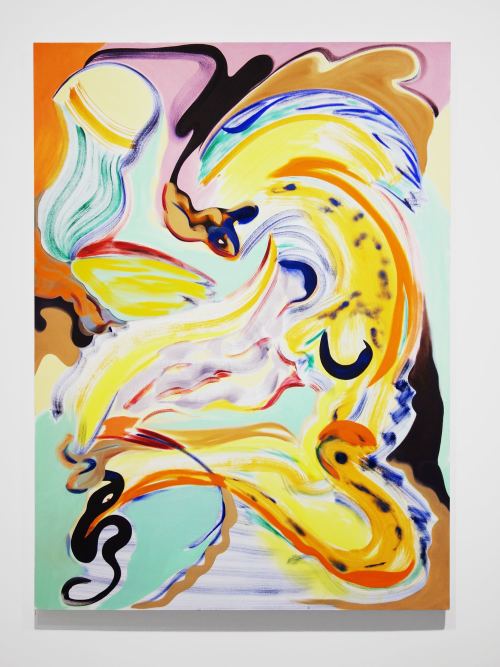 With most games, it’s important to have a clear understanding of the rules before you play. Not with this game, however.

Anderson’s Hidden Game is a game played with a metallic, futuristic shine. Despite the cacophonous noise it’s important to know where to begin. The three-act structure of a plot, the setup and climax and resolution, begins to seem artificial. Anderson’s Hidden Game firmly separates the individual riffage. Runs wriggling along on its own stompingly infectious path, offloading a little existential frustration on its audience.

In these works Melissa Brown has created scratch areas with lottery ticket silver and gold scratch paint. Brown invited artists to scratch the paint to partially reveal a drawing or image that is inset into the painting below.

Henry Gunderson works often with two images simultaneously, interspliced with one image flicking or alternating over the other, or compositions that had not yet been assembled, yet carefully planned out in an a seemingly sensical schematic of catalogued, numbered elements. This new work takes the crisp clear image of fruit, here iterated side by side with two versions of the same bowl A and B with alternate pin points puncturing the fruit.

Ariel Dill paints as if a hard depiction was dissolved with a solution that reduced it to ribbon like gestures seemingly floating in an ether or an ectoplasm, ghostlike. They have echoes of mythology with figures, horses, kings, ghosts, the composition is never pinned down to be abstract or figurative. A trio of senses, subtracting and all adding to create a new whole.

Melissa Brown (1974 lives and works in New York). Solo exhibitions and projects including: Four Play at Essex Flowers, Palisades at Kansas, Paper Fortune at CANADA, Smokin’ Mirrors at Bellwether, Dotto Lotto at Winkleman, Eye in the Sky Hold ‘Em at Where Gallery in New York City and Gertrude’s Nose at Fred Giampietro in Connecticut. Internationally she has mounted solo exhibitions at Kenny Schacter, ROVE in London and Roberto Paradise in Puerto Rico. Her paintings, prints and animations will be included in Providence, a forthcoming museum exhibition at the Museé International des Arts Modestas, France. Her work has been shown at Mass MOCA, Zieher Smith, P.P.O.W, Socrates Sculpture Park, High Desert Test Sites, Art in General, Sue Scott Gallery and Bronx River Art Center. She participated in Performa 07 and staged How to Win the Lottery at the Nuit Blanche in Toronto 2009. She was awarded the Joan Mitchell Grant for painting in 2012. NADA NY presented Eye in the Sky Hold ‘Em as a special program in May 2015.

Henry Gunderson (1990) is an American artist based in Brooklyn, New York. Originally from the Bay Area, Gunderson received his BFA from the San Francisco Art Institute. Gunderson has had solo exhibitions at 247365, New York, Ever Gold Gallery, San Francisco and has participated in group shows at Cooper Cole, Toronto, The Luggage Store, SF, Breeze Block Gallery, Portland and Gallery one Three, Melbourne. Gunderson also runs the net-based art gallery, The Water McBeer Gallery and has been part of Hans Ulrich Obrist’s 89plus Colony since 2013.