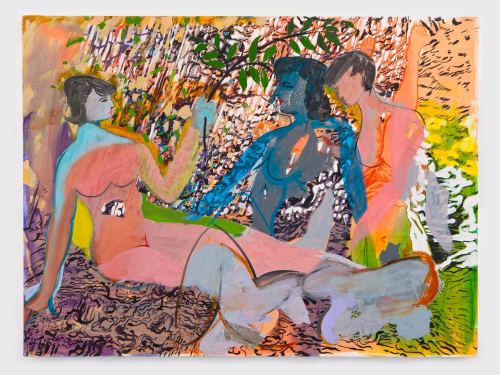 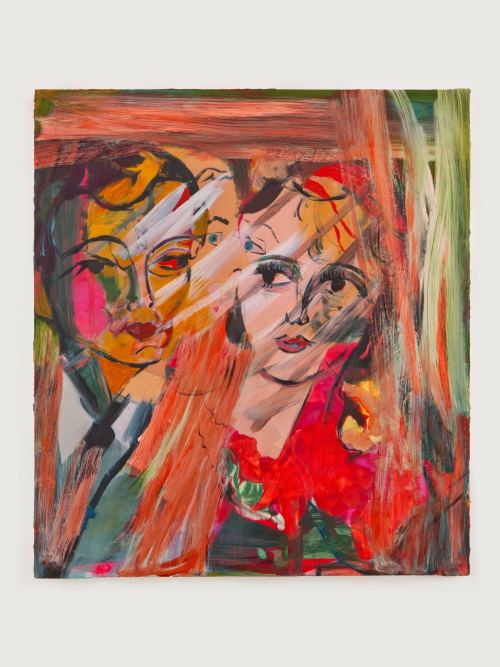 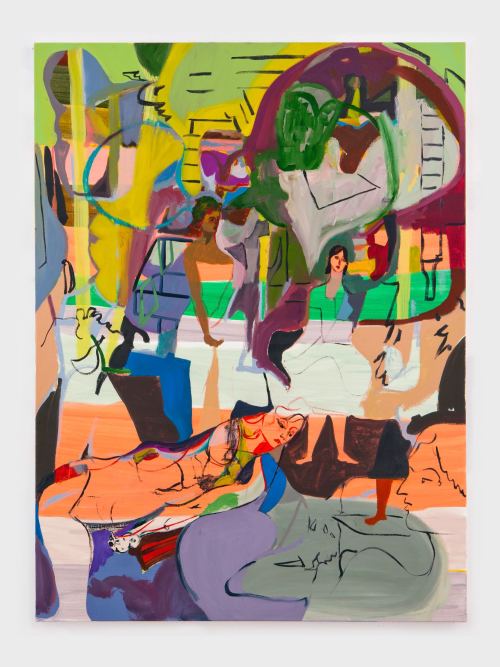 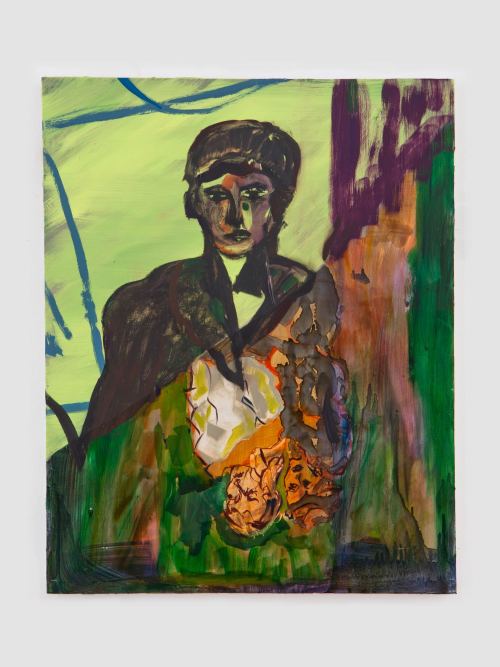 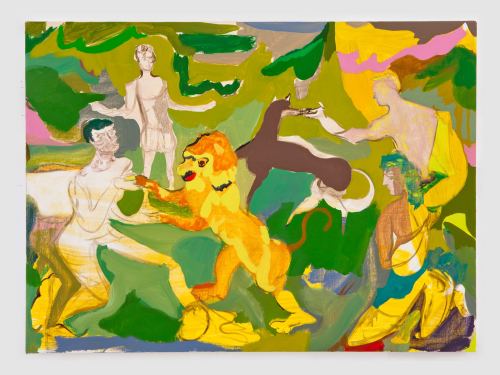 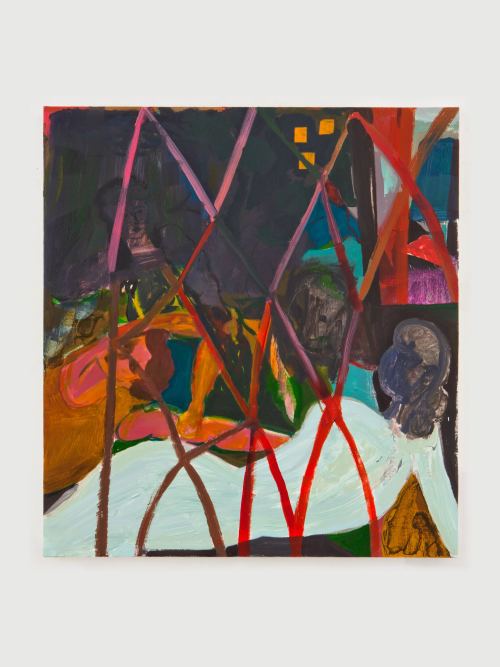 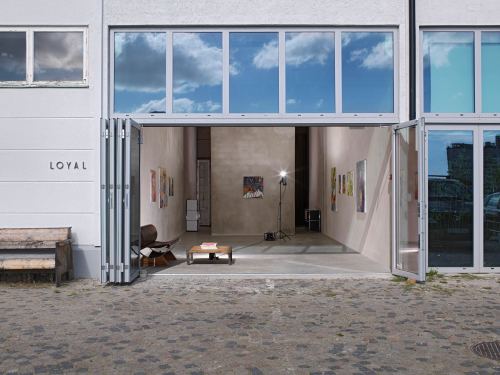 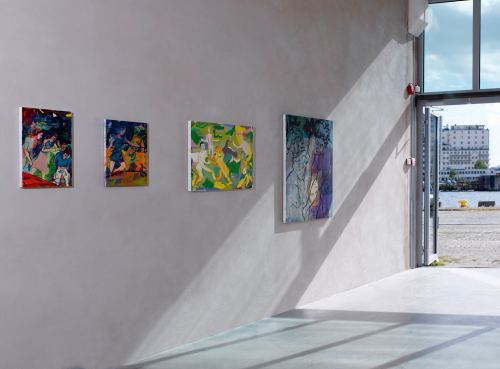 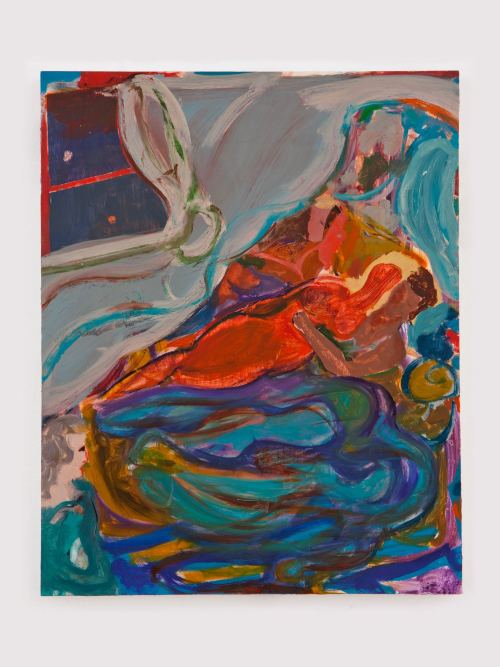 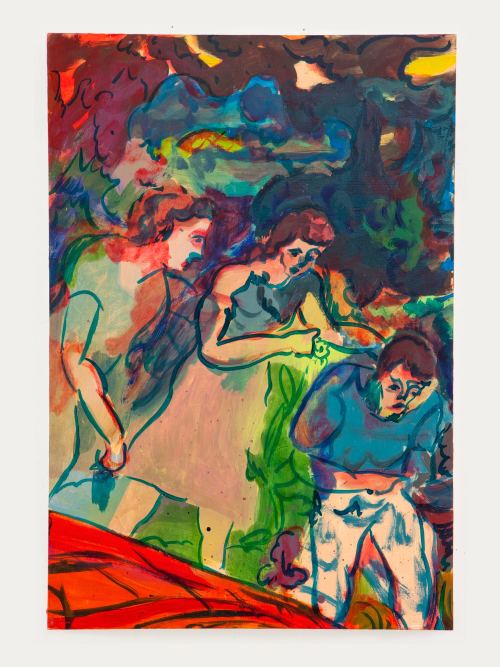 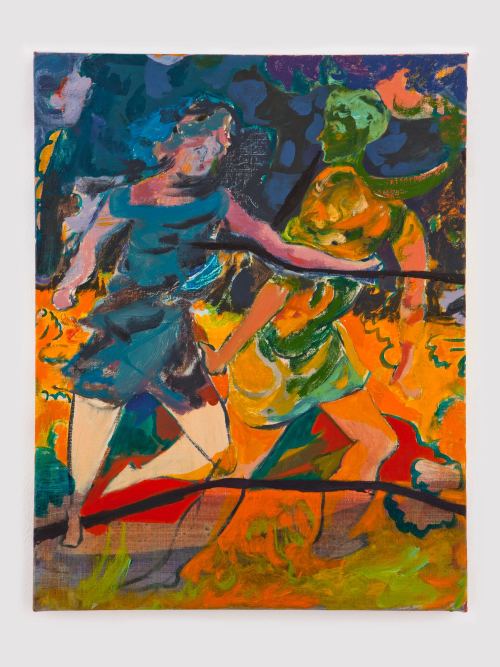 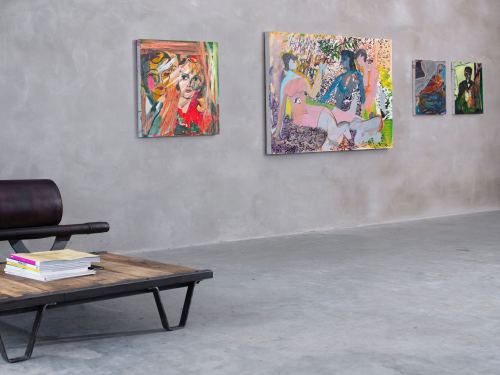 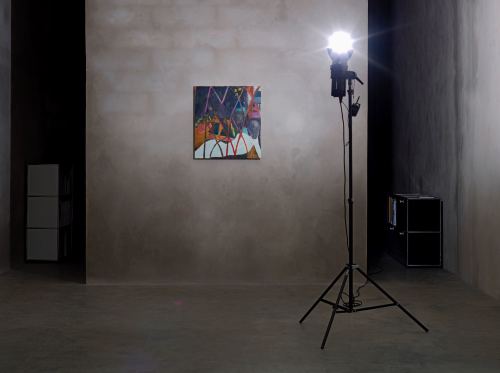 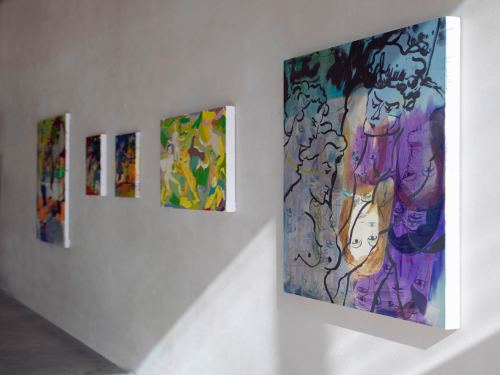 Loyal is pleased to present Beneath Low Lying Clouds, a solo exhibition by New York artist Jackie Gendel. This is Gendel’s European solo debut, and her first exhibition with Loyal.

Jackie Gendel depicts characters amidst vivid, enigmatic dramas. Gendel carries the narrative forward by poignantly hinting at scenes that are culled from historically vagrant storylines. In sitting rooms, salons and summer gardens; at picnics, rendez- vous and soirees, at times a noir-like drama unfolds, revealing. There is a sense of celebration of femininity and beauty yet the genders of the figures often slip and morph within the same character.

Gradually the paintings change and the scenes become increasingly abstracted as Gendel lets us know that the identities of her subjects are in a constant flux. Eyes and figures appear in multiple, hover in transparent overlays, are obscured in wide brushstrokes, or at times are dropped completely leaving just an after-image or silhouette. Gendel constructs elements that depict scenes in a non-sequential, dream-like way, ruminative, melancholic.