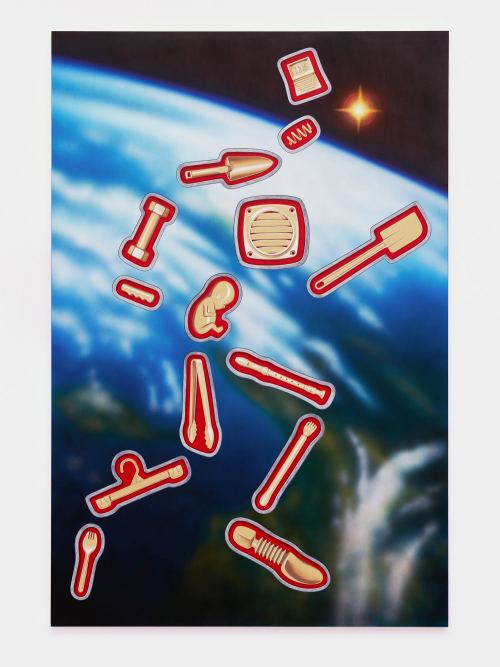 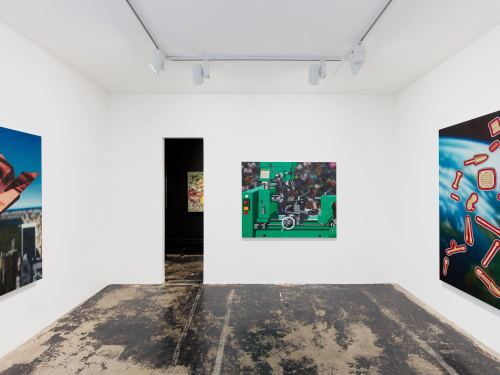 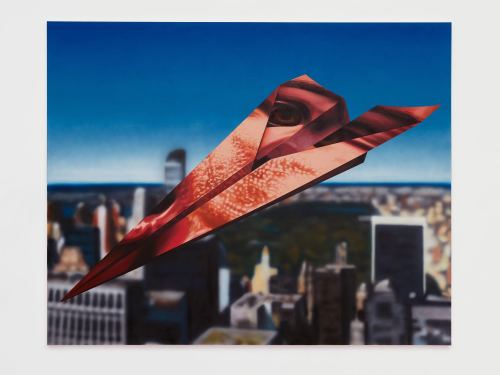 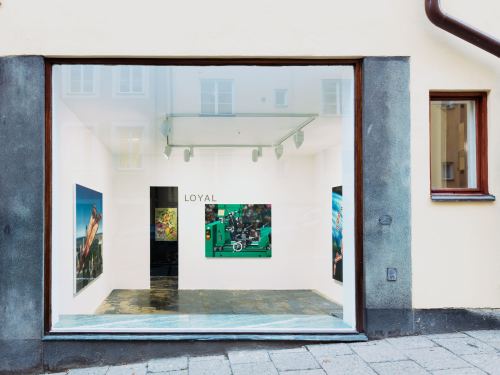 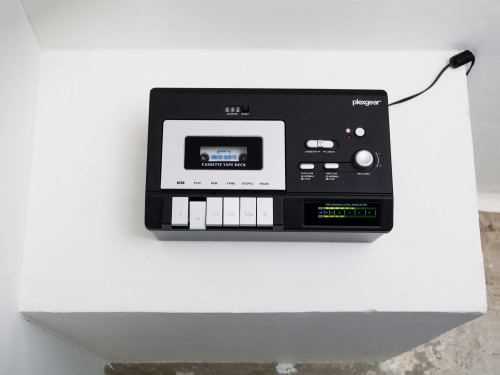 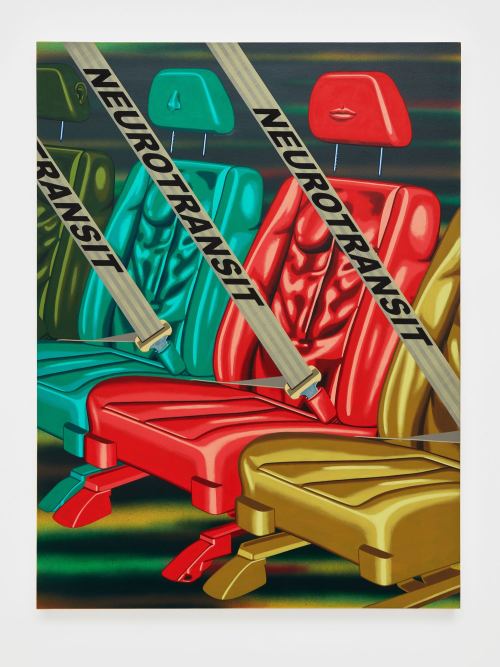 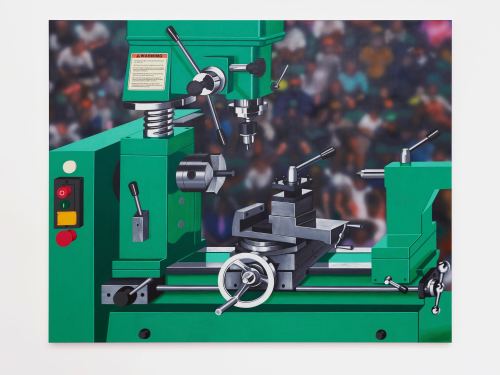 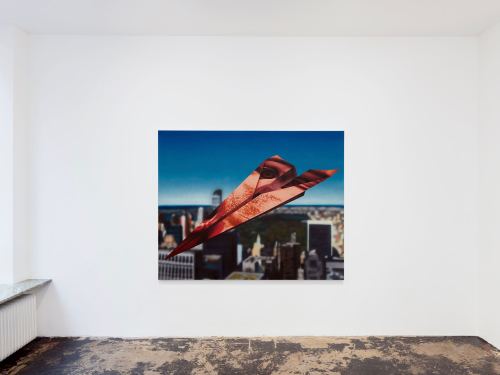 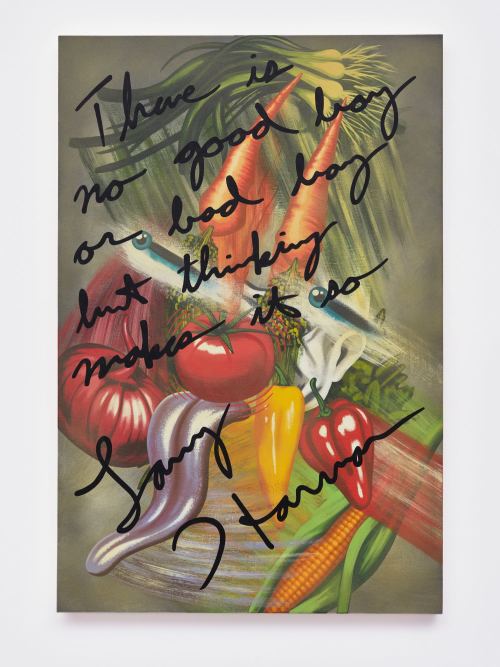 Loyal is pleased to present Henry Gunderson’s first solo exhibition with the gallery.

For this new exhibition Gunderson presents us with a series of associations. There are traces of human anatomy, and objects interjected to function symbolically. Exceeding disjunction for its own sake, Gunderson creates a disturbing concoction that embodies a powerful psychological value.

In ‘Spectator Sport’ Gunderson alludes to the human obsession for the spectacle with an image of a blurred crowd in a stadium seating, like a football game, or a gladiator fight. However, the relationship between the crowd and the subject of the painting, an unmanned factory machine rendered in sharp detail in the foreground, remains mysterious. Life seems to have stopped and become fixed in front of an imaginary obstacle.

Where free-association makes the mind join two words straight out of the unconscious — an apple joins with a blanket and you can read into what that might mean — so might a painting contain several associations, with a hyper pitch of varying images all sewn together into a tableau, or even yet, two versions of the same image.

It comes in the form of a nostalgic childhood memory, the vinyl seating of a car, plastic kitchen appliances, a board game, and given a mobile human form where anatomy is merged with technology. Have we diminished our specialness as a species, focusing more and more on scientific discoveries that would make our past clearer and our future easier? Gunderson gives us the receptacles for this humanity.