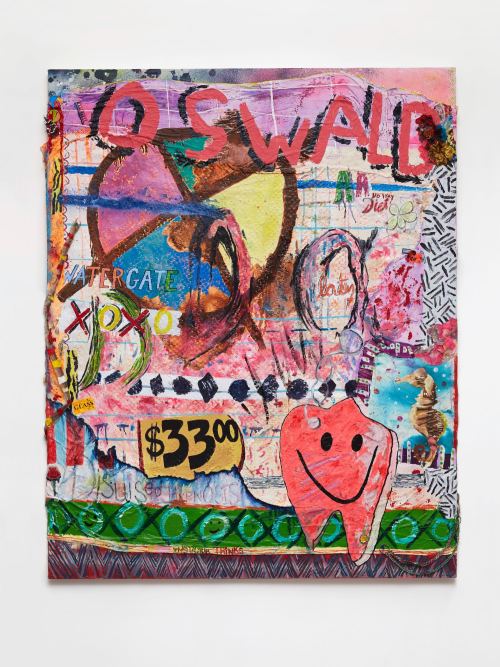 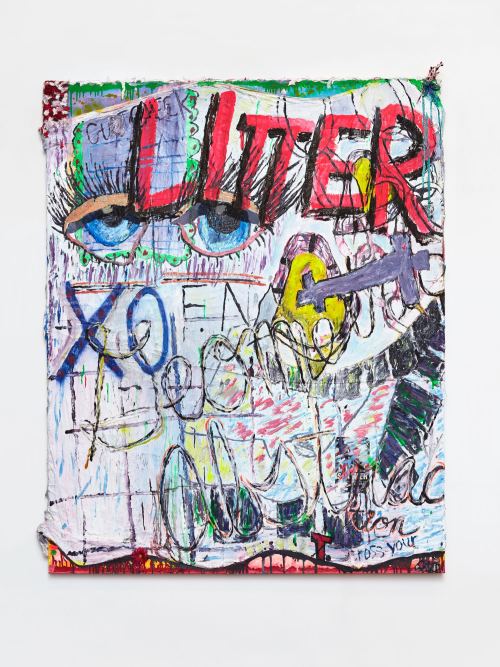 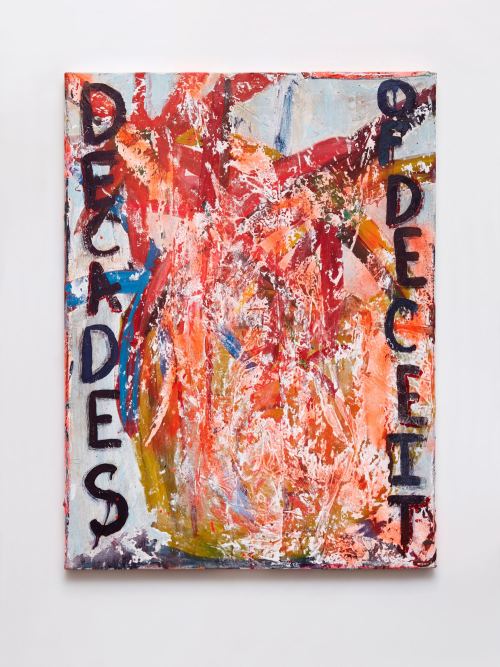 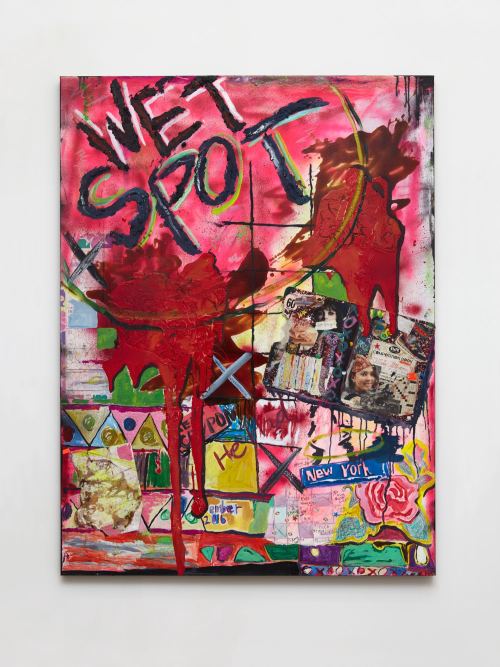 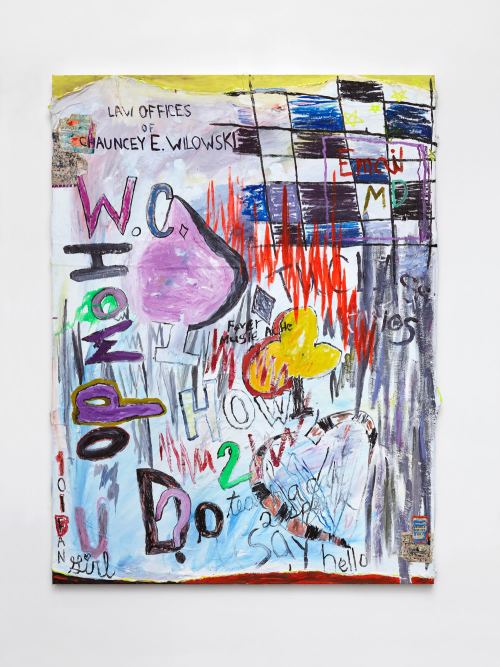 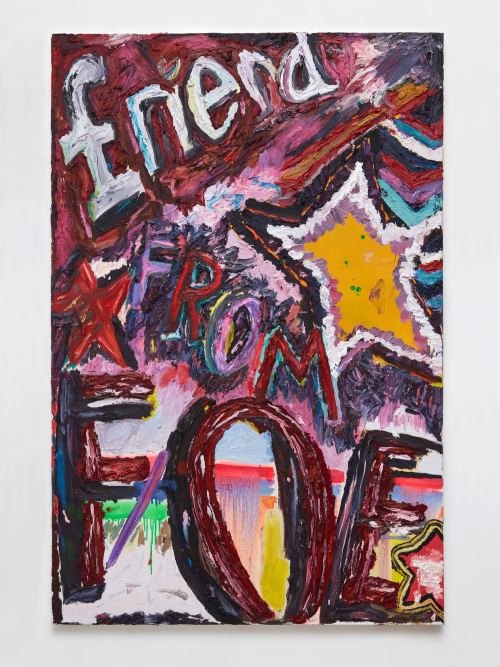 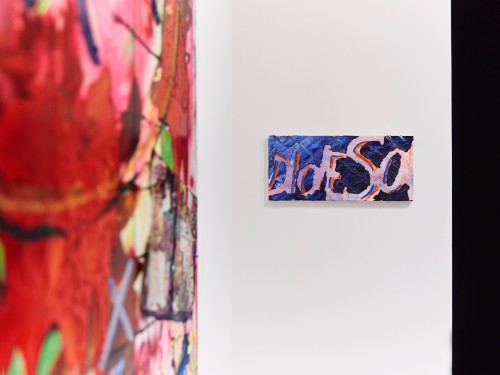 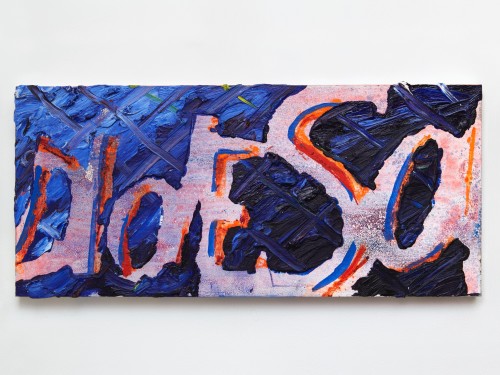 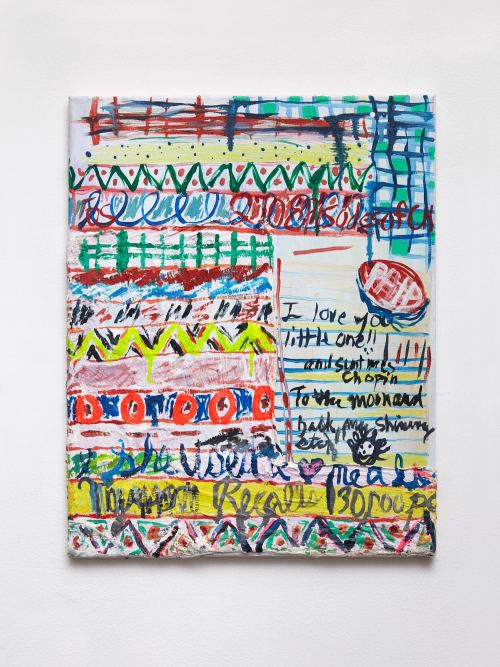 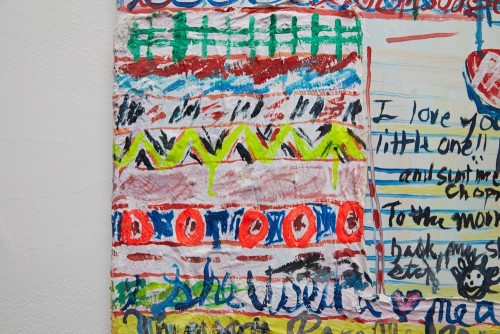 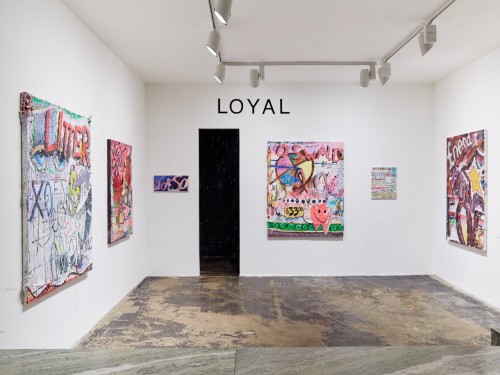 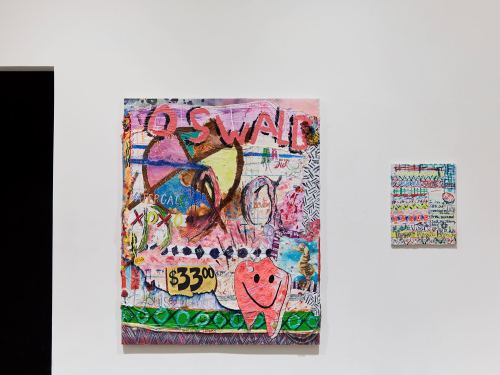 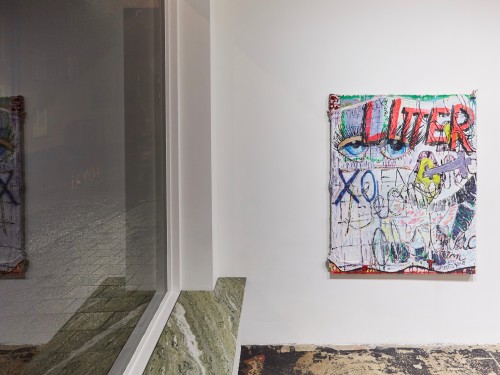 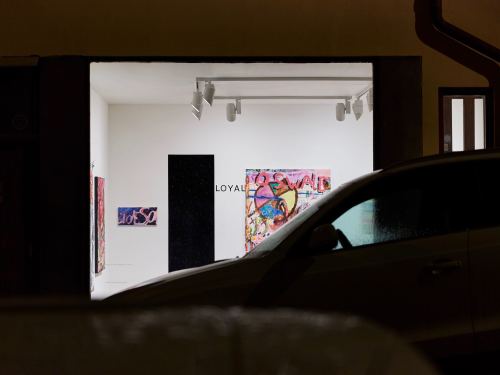 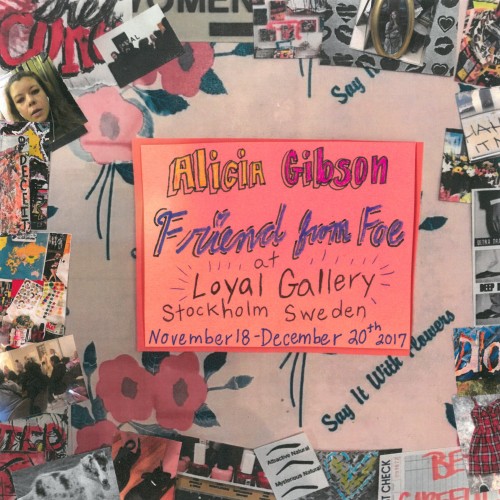 Loyal is pleased to present the solo exhibition, Friend from Foe, by New York artist Alicia Gibson. This is her European solo debut. Welcome to the opening with the artist this Saturday, November 18th from 6 to 9 pm.

When you dare to inject a brazen, open, honest, female perspective, not glossing over or showing only the results of a triumph over an obstacle of the mind, but showing in paint the actual procedure and actuation of this whole process, then you have the paintings of Alicia Gibson.

It is not a step by step tutorial of transformation, but a warm, wet, diaristic catharsis from feeling to action to reinterpretation to reaction. In this way Gibson manages to smuggle into the paintings a philosophical treatment which also doubles as a therapeutic treatment of an occurrence that had a highly resonant energy for her.

The center of the scene is often occupied by an enormous word, oversized and out of proportion. This word most probably roused her astonishment in a real life scene, something that must be dwelt upon in order to be released. In this way she depicts a world of shadows. Words that people speak form circles in the mind and unwittingly fasten themselves and get stuck in there. With the procedure of painting it, Gibson frees herself from it, and then one could say by association she frees us when we look upon it.

The backgrounds are full of evidence. The figure rarely plays in, but rather it is the artist herself and the contents of her mind that take center stage with a range of feelings that can barely contain itself on the canvas. The entire painting becomes like a theatrical pose of a figure tussling with a swirl of thought, with a gesture of amazement or confoundment, but using words and other signifiers to convey this scene, rather than animate features.

In the painting “Litter”, the word is scrawled boldly and carefully in pink letters across the top of the painting. In “Wet Spot” Gibson has attached, among many other objects, an actual black and white Composition Book, the standard-issue in American schools since the 50’s, the kind used not only as school notebooks but also as slam books, diaries, and journals, decorated with her name in teenage-girl-room aesthetic. This may not seem revolutionary per se, but then name me the female painters who have achieved this before. And if there are some, then add Alicia Gibson’s name surely across the face of that list in big pink letters.