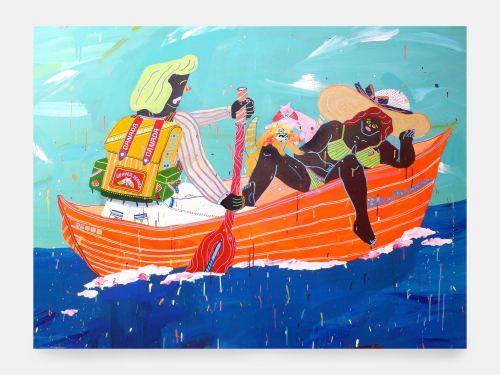 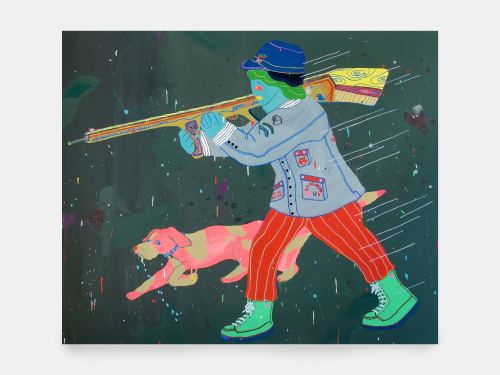 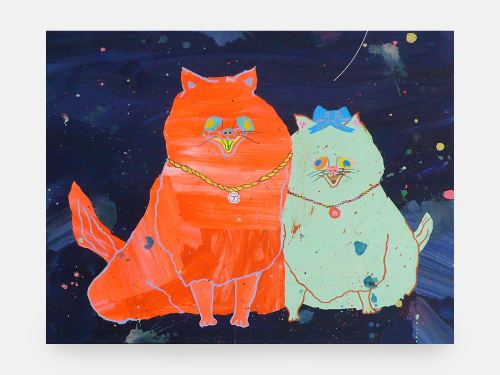 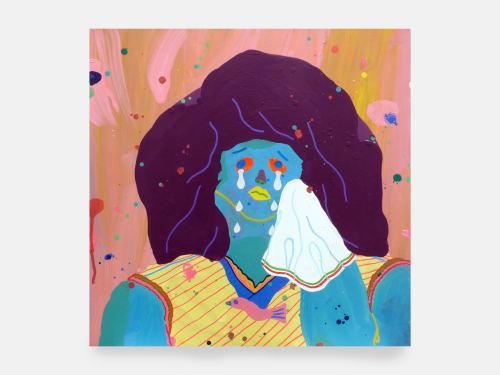 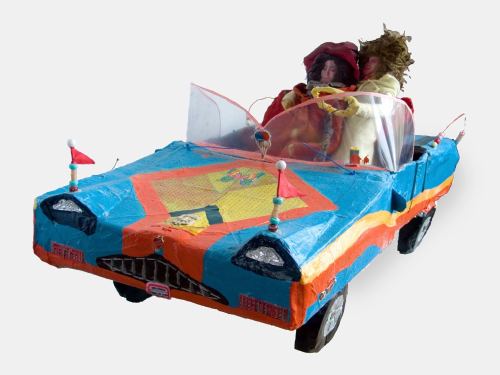 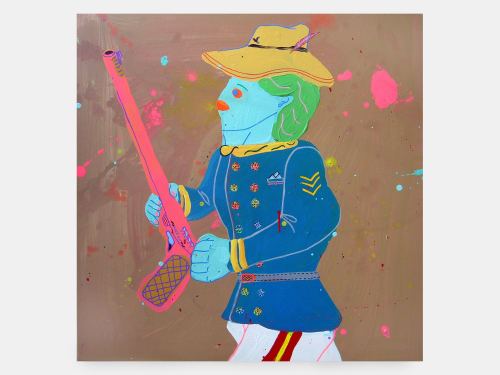 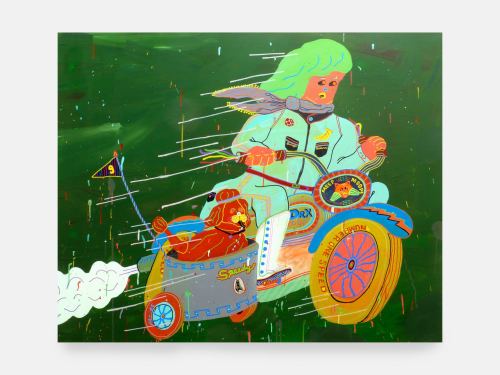 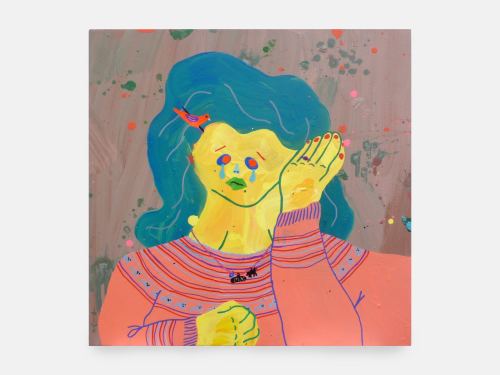 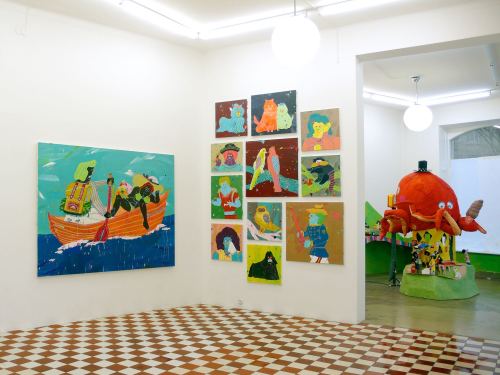 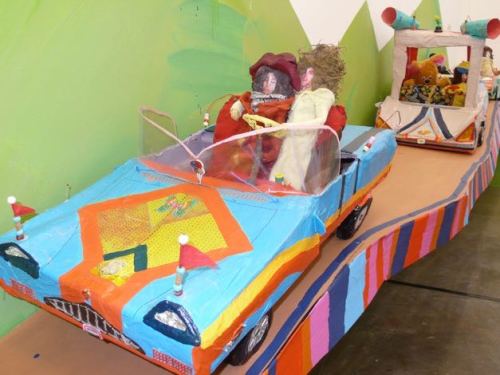 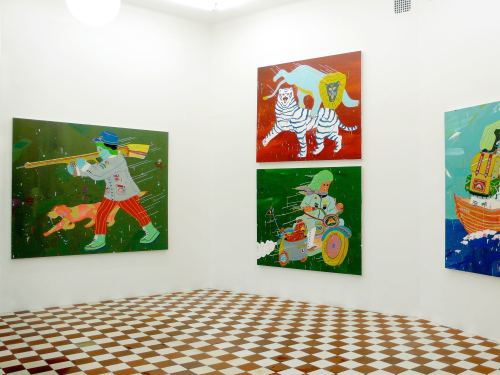 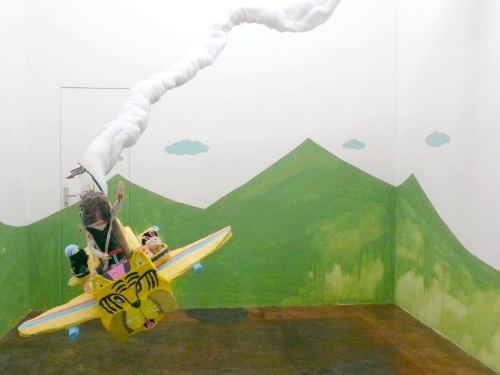 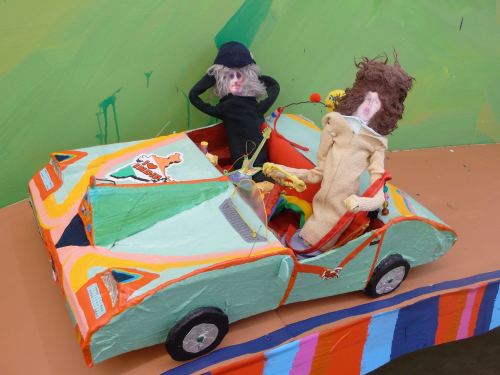 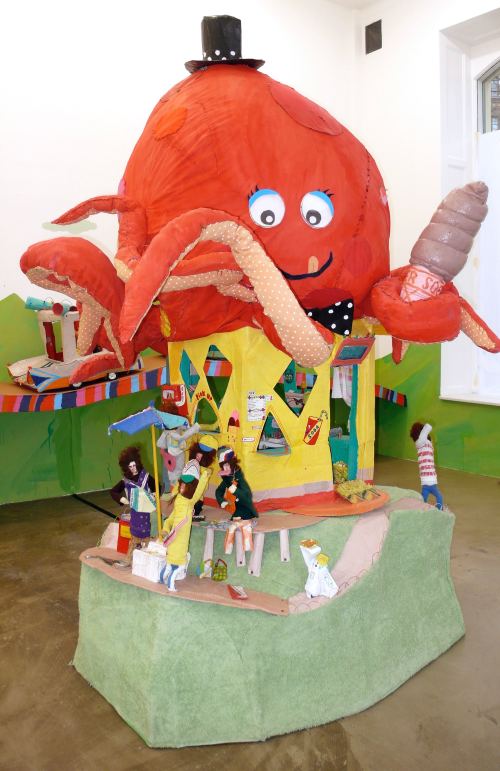 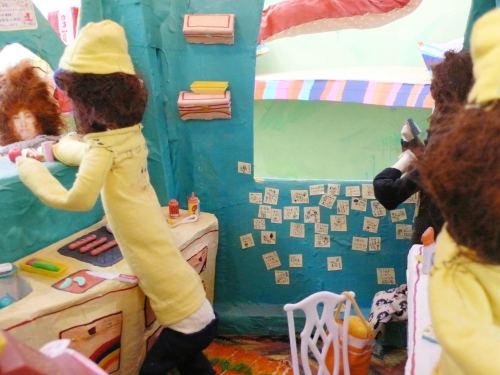 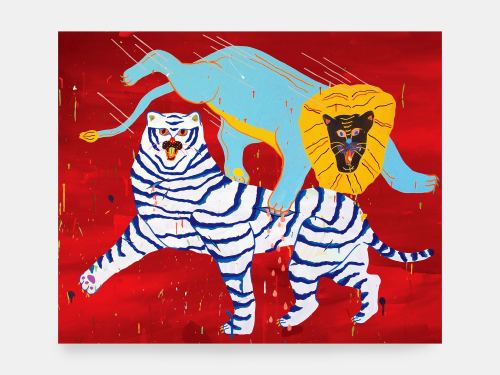 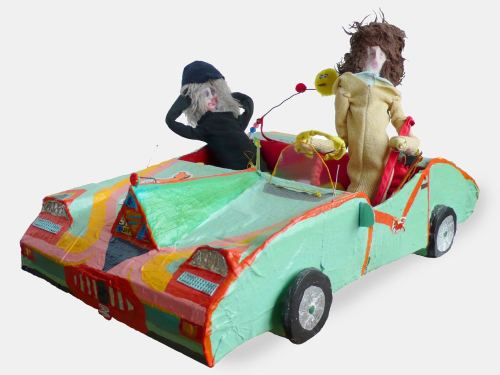 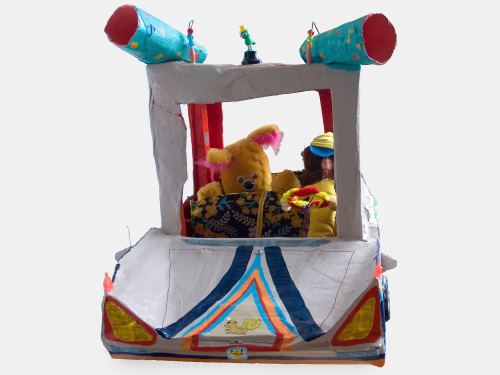 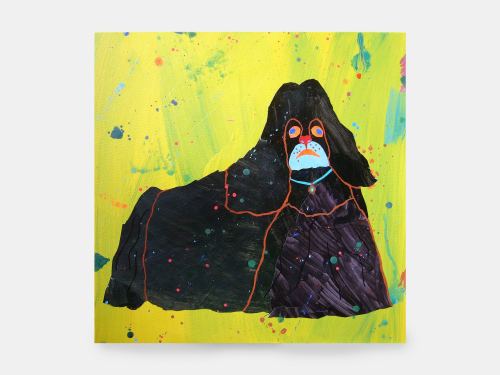 Kawai is perhaps most known for her fantastical installations of utopian worlds, created in meticulous detail out of soft fabric, papier-mâché, wood, numerous ”lo-fi” materials and electric light. For this exhibition Loyal presents Misaki Kawai’s sculpture, ”Octopus Restaurant” whose blinking sign beckons to a big red octopus in a top hat who sits as a happy guard atop a fun-food kiosk on a winding mountain road. Furry doll-like characters enjoy themselves and whizz by in cars and motorbikes, sometimes with fuzzy friends by their side.