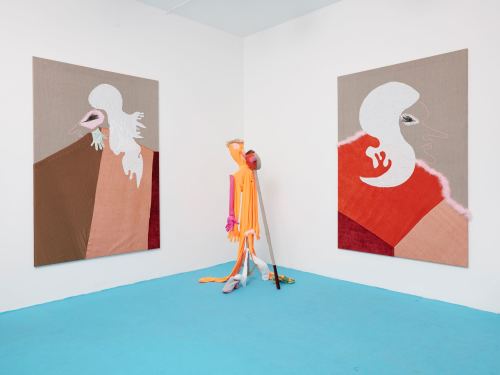 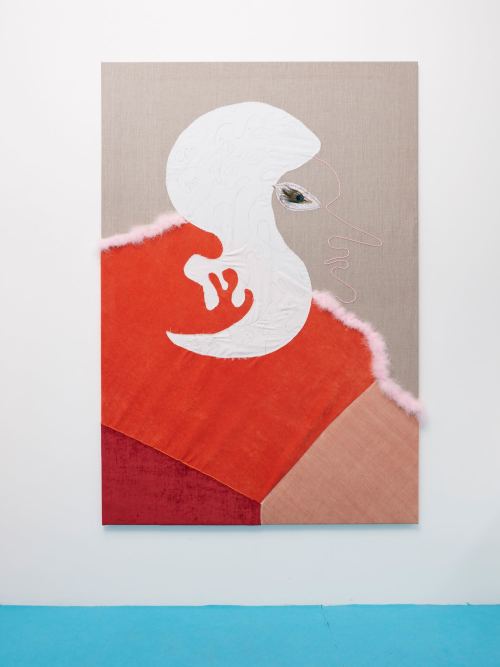 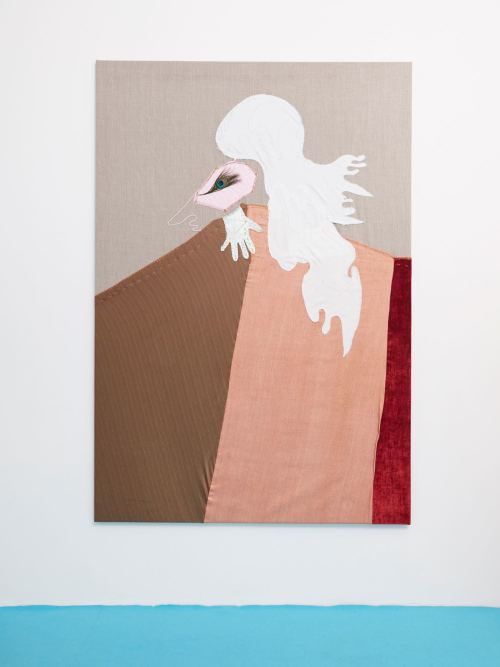 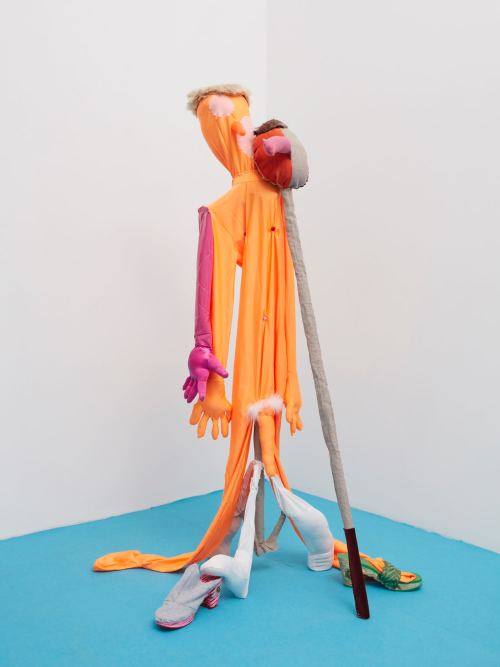 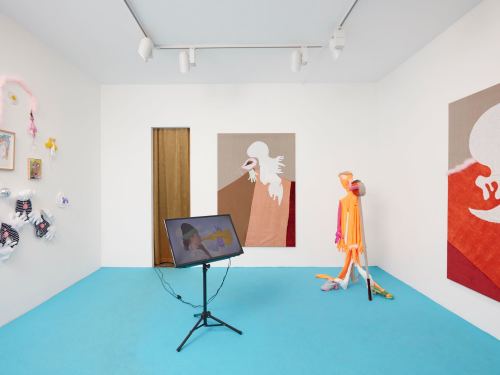 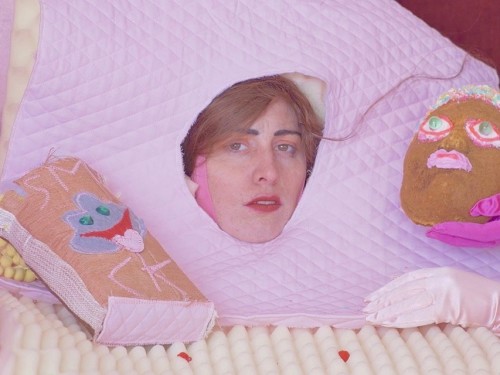 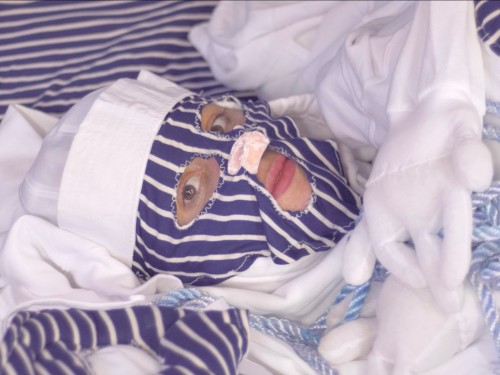 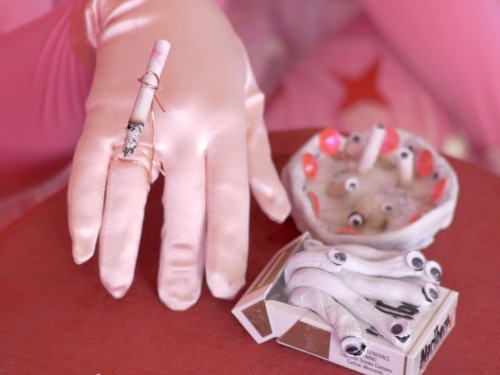 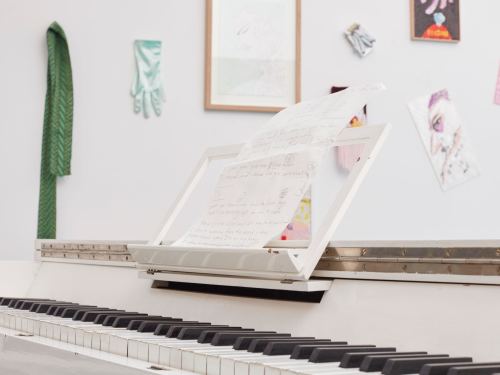 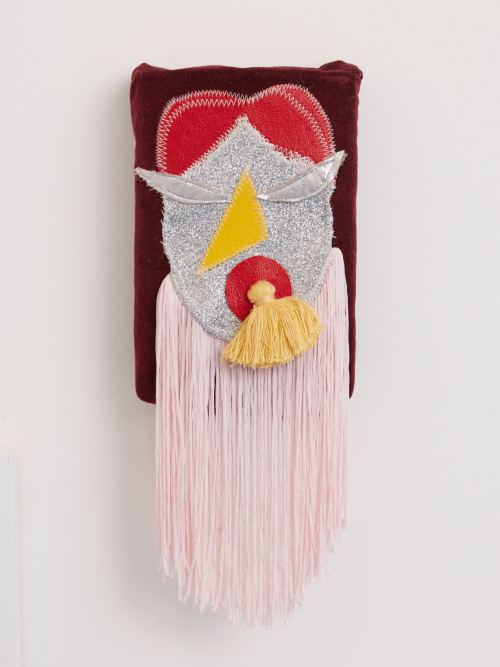 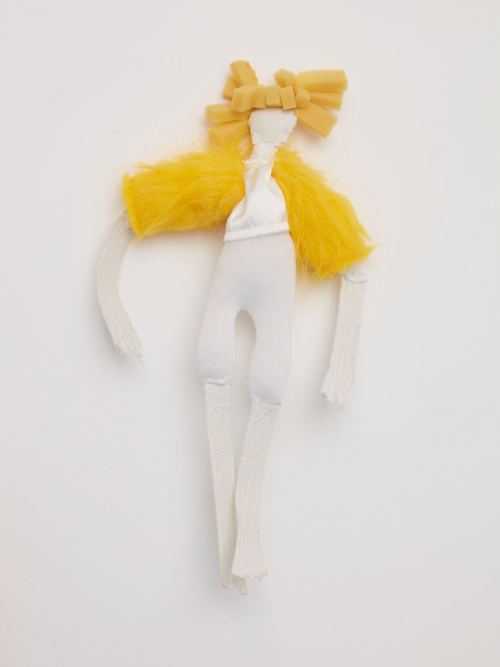 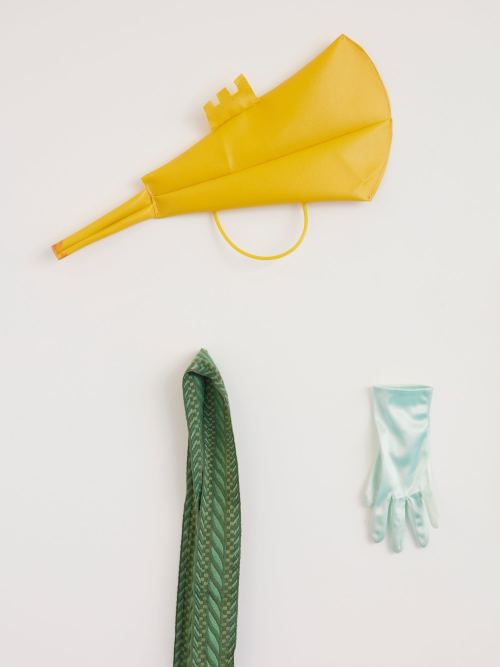 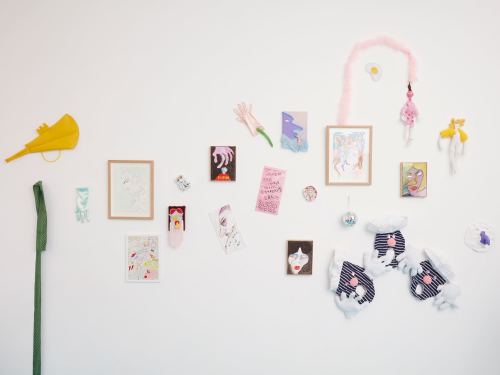 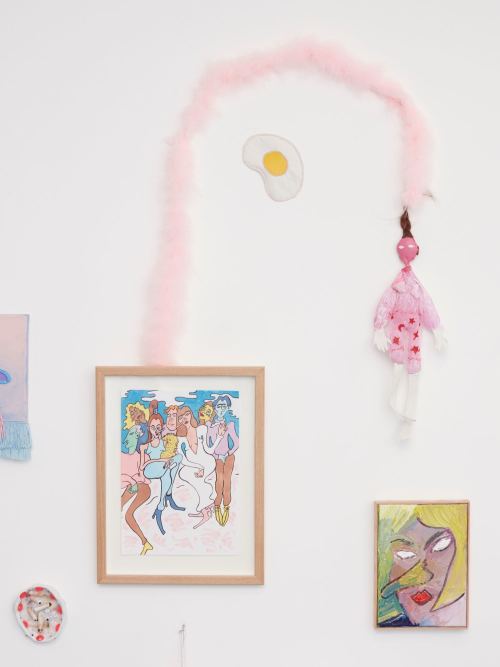 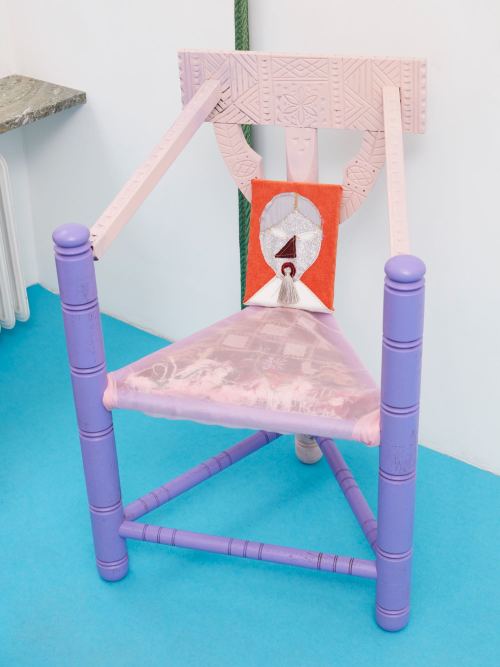 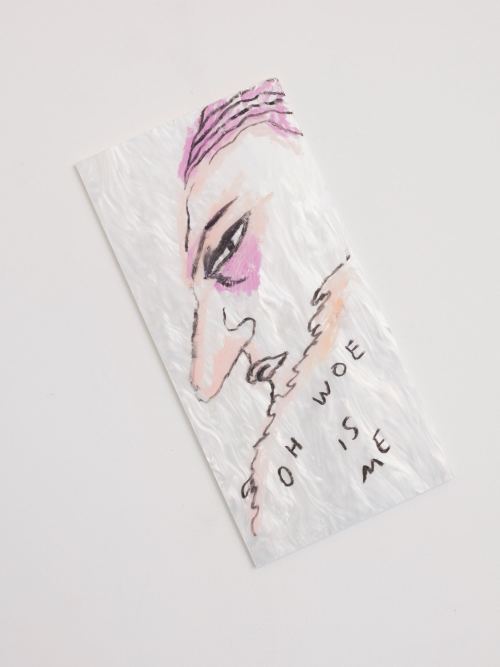 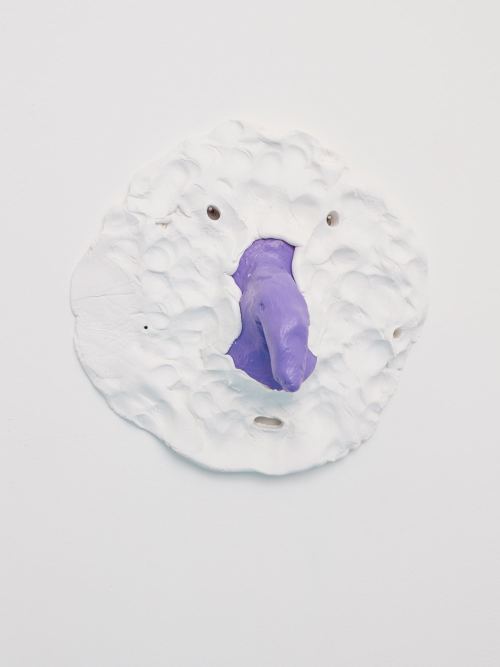 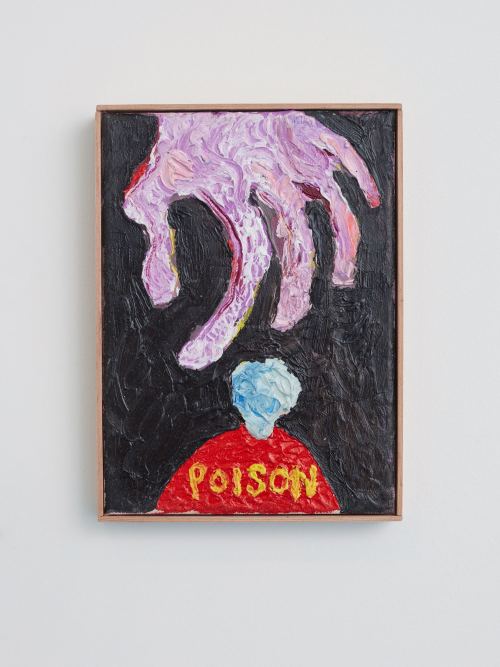 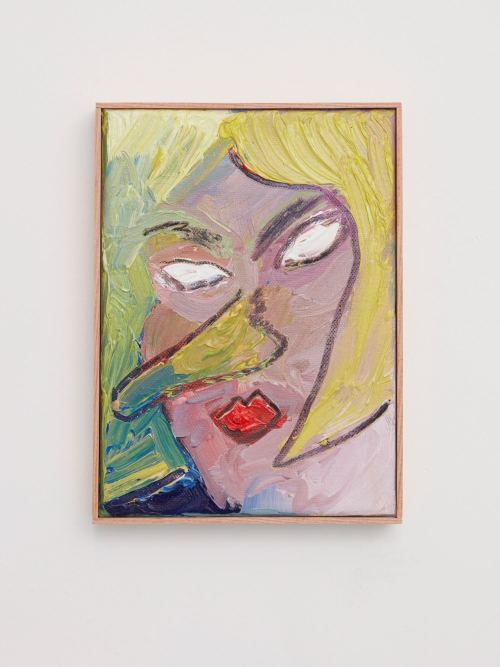 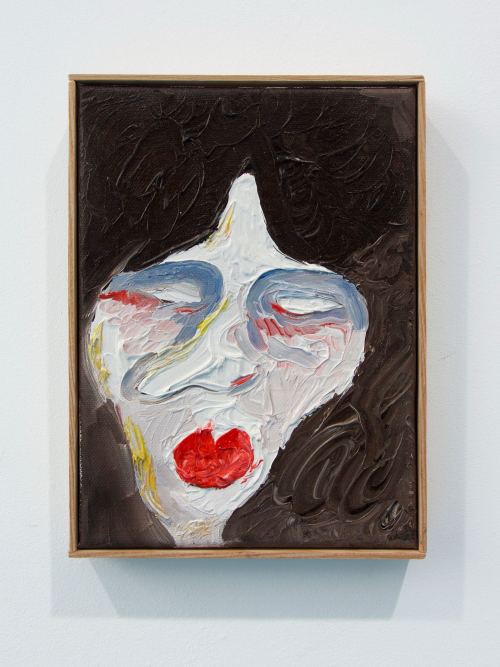 Loyal is pleased to present Constance Tenvik’s first solo exhibition with the gallery.

Based on the medieval tale of Tristan and Isolde, the tragic love story is played out by Constance Tenvik alone, taking on multiple personalities. The dialogue is enacted through the objects in the room and sound, rather than being bound together by verbal dialogue. The exhibition consists of a video in three acts, and emerges beyond in paintings and sculptures.

The plot of Tristan and Isolde is a much repeated love story. Isolde is not only a princess, but she is also known for her healing / magical powers. Here in Constance Tenvik’s take, Isolde is more witch-like than usual, with her complexity and mysticism. The irony is that all of her skills and dabbling with magic are being interrupted by the irrationalities of love.

In Act 1 she tries to poison herself and Tristan, because Tristan’s efforts in hiding his passions for her is taken so far that it makes her feel terrible. Her maid exchanges her poison with a love potion that will heighten the passion between the Breton nobleman and the Irish princess. In Act 3 when Tristan is severely wounded, Isolde is called upon. She normally has healing powers, but with Tristan the effect is opposite. He gets so excited to see her that it speeds up his walk into death. He dies in Isolde’s arms, who then decides to die too.

Constance Tenvik uses the characters and plot in a formal, and non-narrative way to structure the video into three parts, with a cast of characters she plays herself in a schizophrenic structure as both main characters, as well as: a director, a disco interlude, sailors, a hunter with a trumpet, the ship, the sky, a servant, as well as the ghost and lover from the past.

Themes are plucked and emphasized from the medieval storyline, such as the contrast between the hidden and the revealed, masked and unmasked. There are the feelings Tristan hides from Isolde in the beginning, causing deathly misunderstandings.

Constance Tenvik (b. 1990 Oslo, Norway) is currently based in New York. She completed her MFA in the Sculpture department at Yale University in 2016 and BFA at the Academy of Art in Oslo in 2014. Her sculptures, performances, drawings and installations have been presented at LINC-Livorno IN Contemporanea, Livorno, Italy; 6 Month Space, New York; Deli Projects, Basel; Kristiansand Kunsthall, Kristiansand, Norway; Abrons Art Center, New York; Tidenes Krav, Oslo, Norway; and Charlottenborg Kunsthall, Copenhagen, Denmark. She has been awarded the three year Work Grant for Younger and Newly Established Artists from the Arts Council Norway. Tenvik has been selected for The A.I.R. Fellowship Program in New York for 2017–2018.