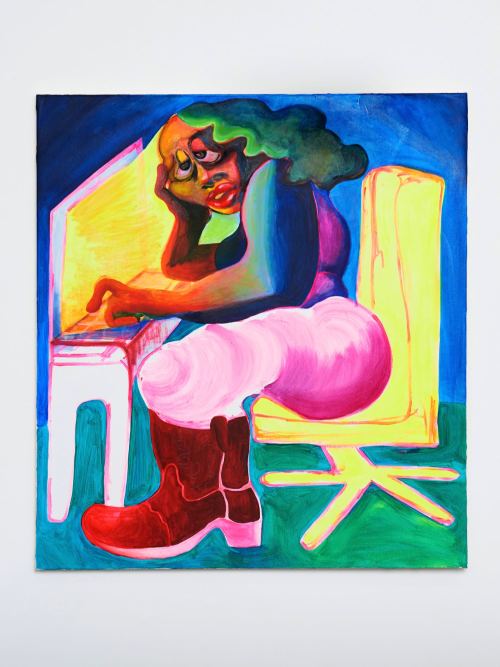 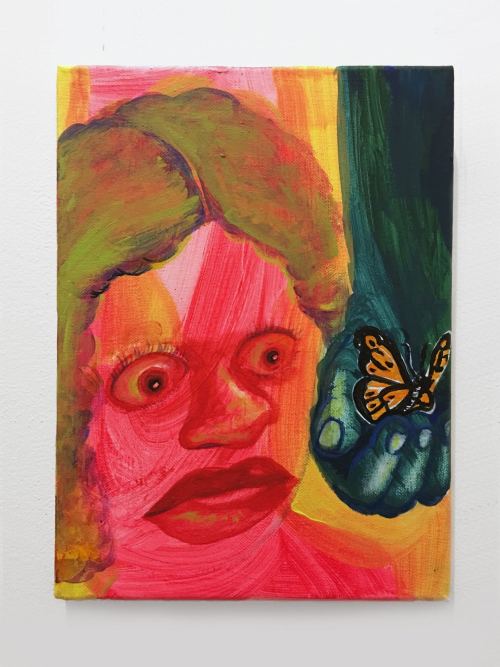 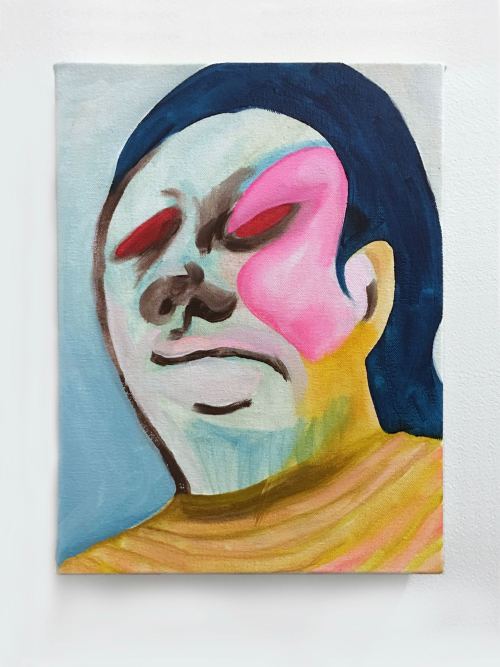 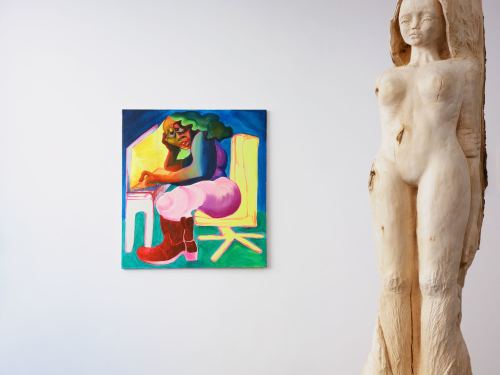 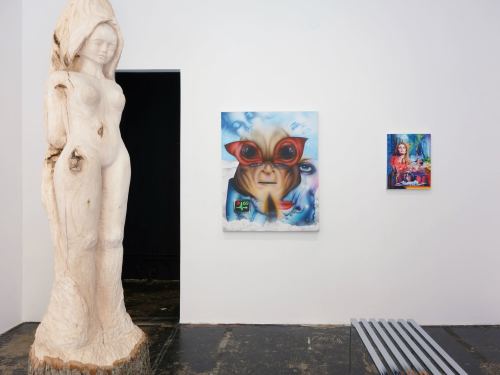 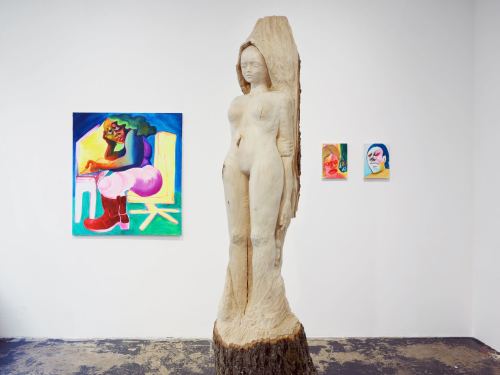 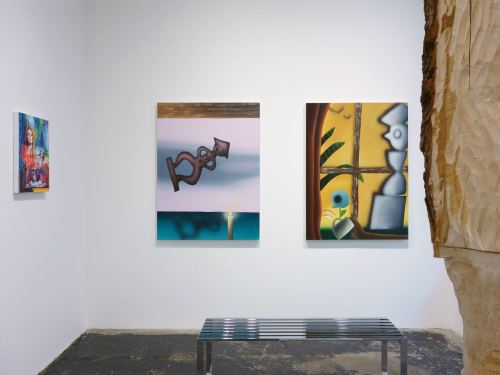 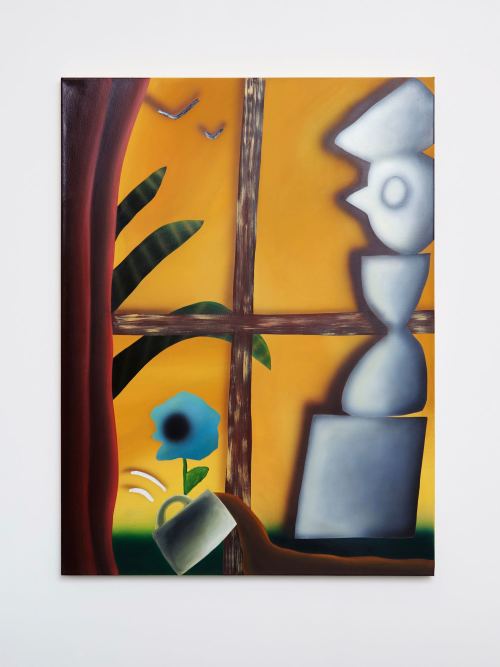 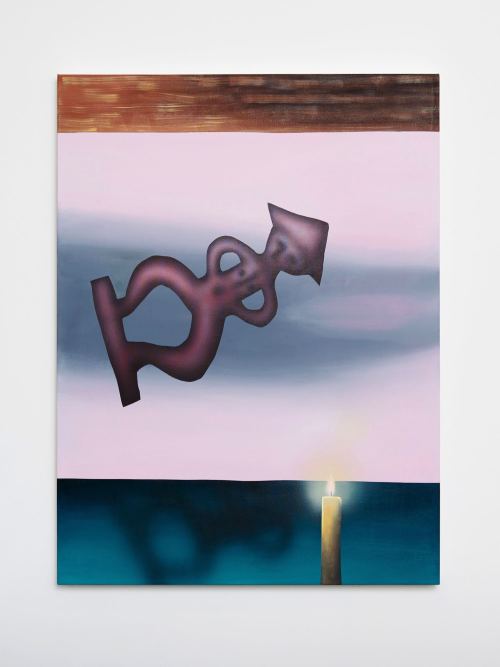 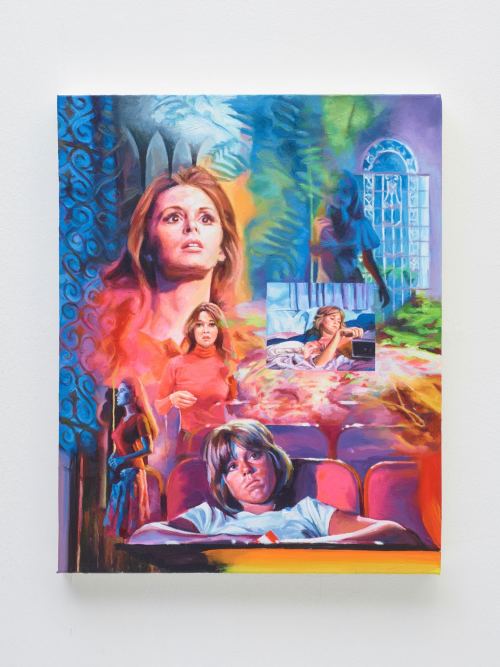 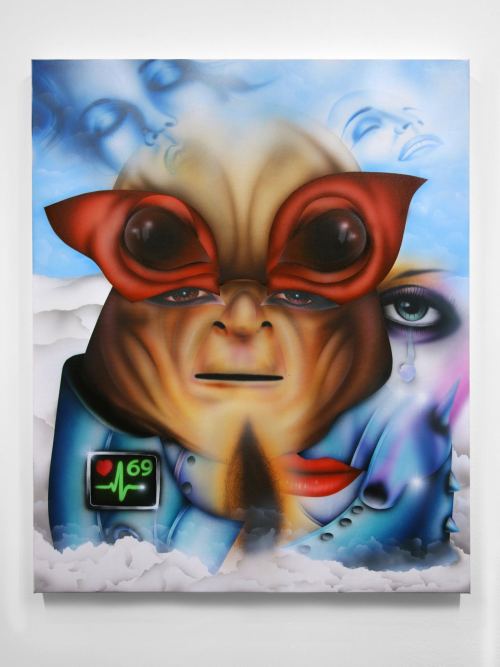 Loyal presents Here’s Looking at You, a group exhibition exploring five different perspectives on being observed vs. being the observer.

This exhibition brings together the work of five artists from New York, Los Angeles, Toronto and Stockholm, to explore the power of the subject / object relationship, what it is like to observe, looking through, then reflected back, how you are seen and perceived by others and this awareness, what it is like to be seen, to be observed. The exhibition presents seven new paintings by Mario Ayala, Cheyenne Julien, Francine Spiegel and geetha thurairajah and a large-scale, carved wood sculpture by Linda Pedersen.

Cheyenne Julien (b. 1994, Bronx, NY) lives and works in The Bronx, NY. Julien received her BFA in Painting at the Rhode Island School of Design in 2016. She was a participant at the Skowhegan School of Painting and Sculpture in 2016. Julien has also participated in artist residencies at the OxBow School of Art in Saugatuck, MI in 2016 and the Vermont Studio Center Fellowship, Johnson, VT in 2016. She was awarded the Florence Leif Award from RISD in 2016 and the Bronx Recognizes Its Own (BRIO) Grant from the Bronx Council on the Arts in 2017. Her work is currently on view at American Medium, curated by Freeman Gallery in New York, and she has an upcoming exhibition at Smart Objects, Los Angeles. Her work will be included in the upcoming exhibition Dreamers Awake at White Cube Bermondsey in London.

geetha thurairajah (b. 1986, Waterloo, CA) is currently based in Toronto. She graduated from the Nova Scotia College of Art and Design and Rhode Island School of Design in 2014. In 2016, she was a finalist in the RBC painting competition and she participated in painting residencies at the Banff Centre and the New York Arts Practicum in 2015. She was awarded Toronto Arts Council Visual Arts Grant in 2016 and the ArtsNB Grant in 2014. Recent solo exhibitions include Projet Pangée, Montreal; The New Gallery, Calgary; 8-11 Gallery, Toronto; AC Repair Co, Toronto; Worksound International in Mexico City. Her work has been featured in Editorial Magazine, Canadian Art and Paper Magazine. She is currently the artist in residence at Interstate Projects in Brooklyn, NY.