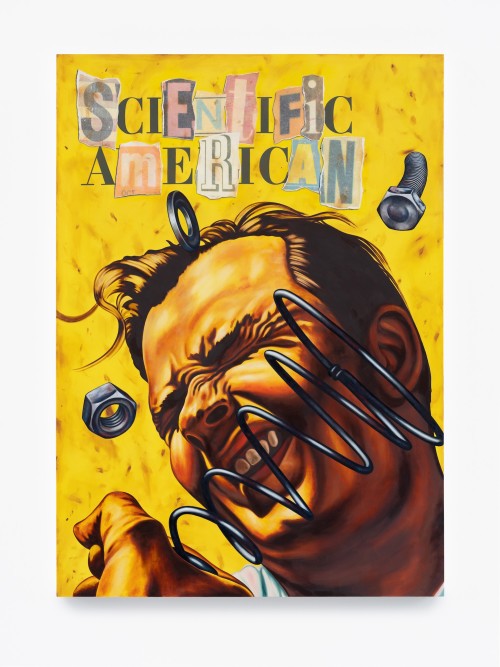 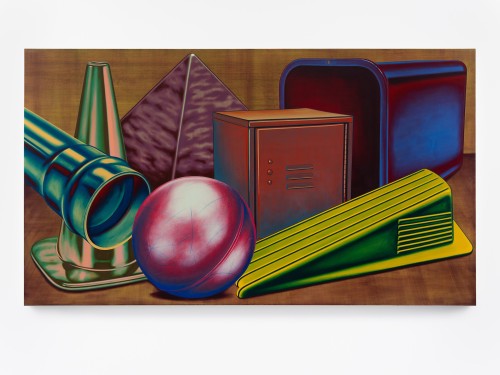 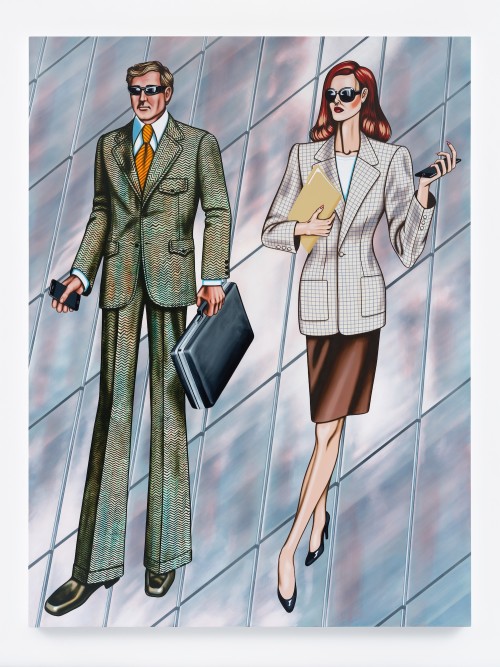 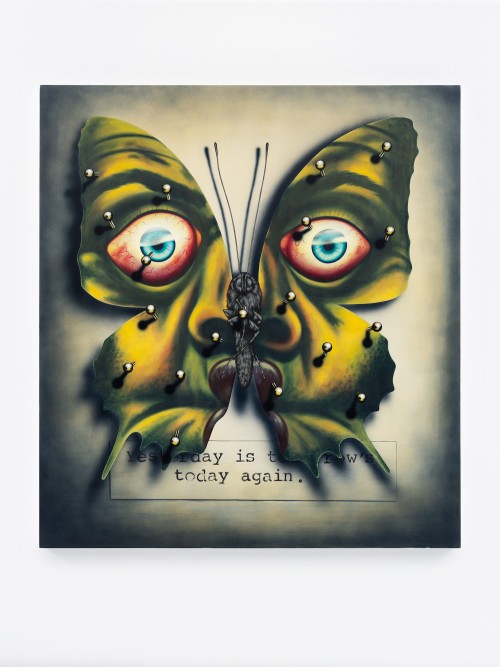 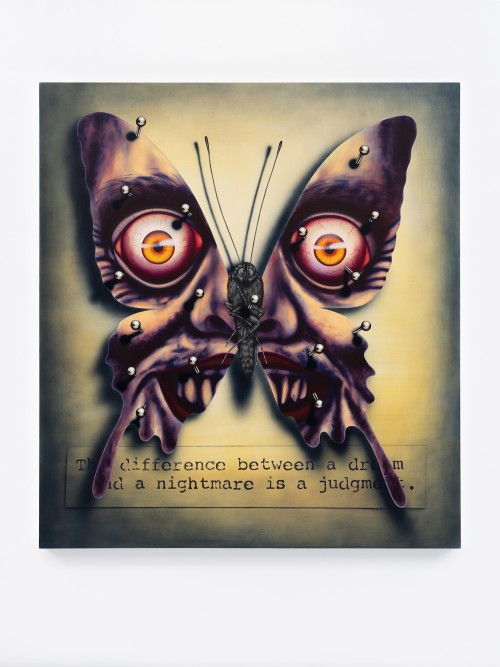 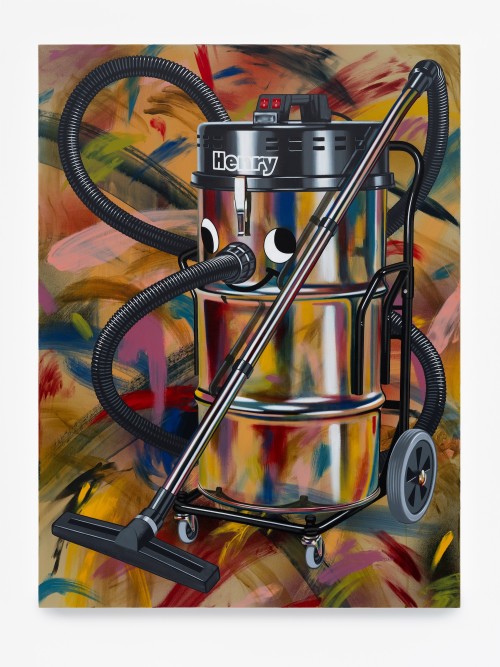 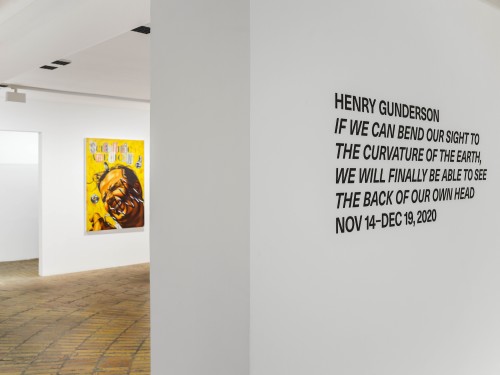 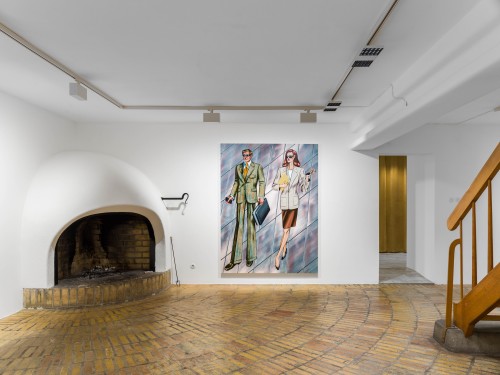 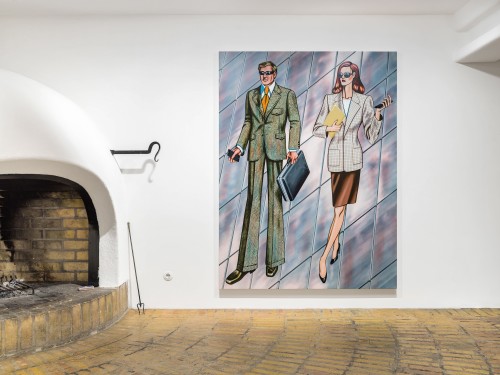 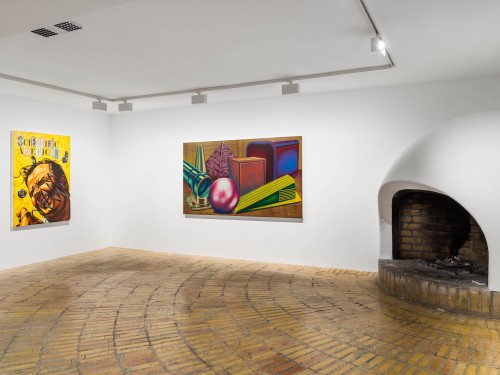 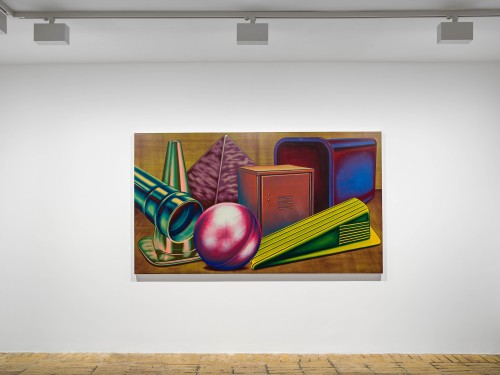 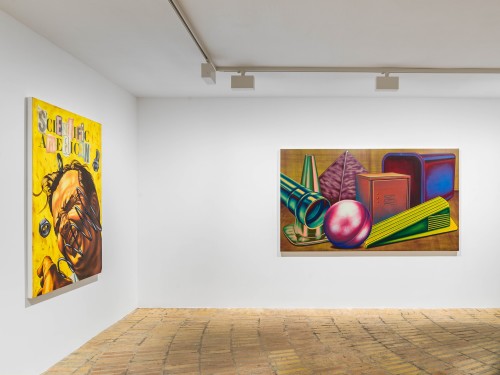 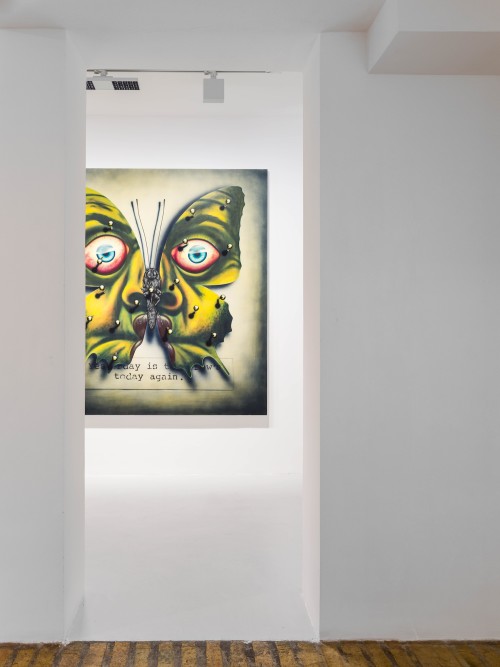 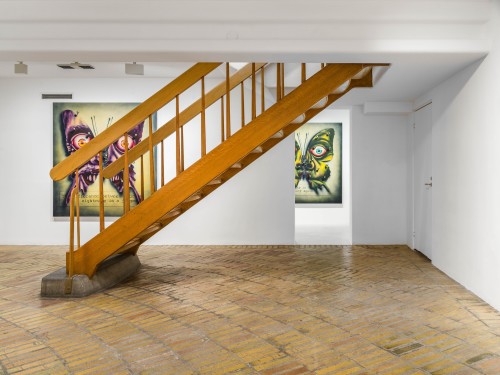 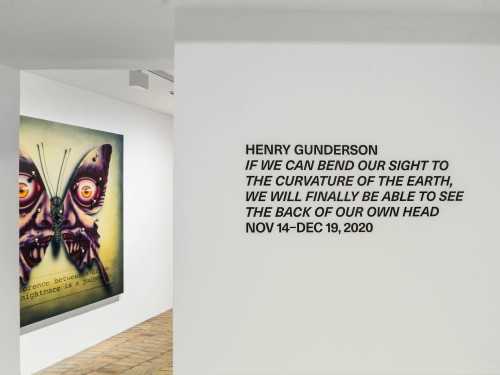 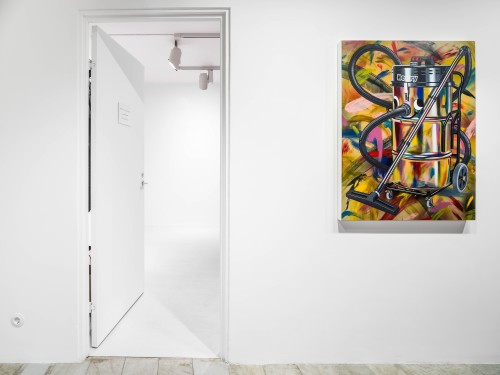 As I gaze onto the horizon I contemplate the vastness of my blind spot. No rear view mirror is big enough to give me perspective. Not to mention the deception of mirrors when objects are closer than they appear and the smoke pours out of the tailpipe into my eyes. I don’t trust mirrors.

Gunderson’s pictures have always loitered boldly in my peripheral when I am trying to keep my eyes on the super highway of consciousness. It’s true that your peripheral vision is stronger in the dark. Like billboards passing in the night Gunderson’s pictures singe my psyche. I put the car cigarette lighter to my forehead to make the pain real.

Gunderson’s pictures you can trust. If only I could see the back of my own head I would get the full picture, I tell myself. I’m late to a meeting in the financial district. The sales team pitches me a new vacuum cleaner. Henry Sux. Henry literally sucks the drunken mess of abstract expressionism off of my living room wall. I’ll take it. I’m a sucker for long limbed business fashions and the team looks sharp, a retrofuturism powered by the latest technologies. They crunch the data and exploit my insecurities. Who can blame them.

God sits in the lobby reading a copy of Scientific American as if it were a tabloid gossip magazine detailing his own personal affairs. The scientist just a pesky paparazzi with a camera and flash firing.

I get butterflies in my stomach and questions fill my mind as I drift to sleep but there is one thing I can be sure of, that yesterday is tomorrow’s today again and I know that the difference between a dream and a nightmare is a judgment.

This is Henry Gunderson’s second solo exhibition with Loyal.