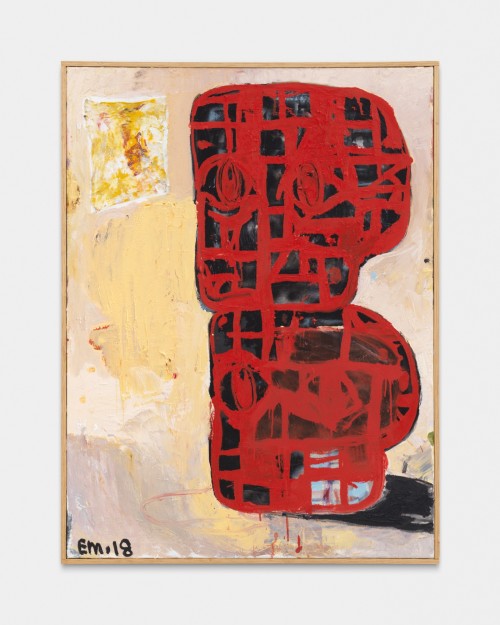 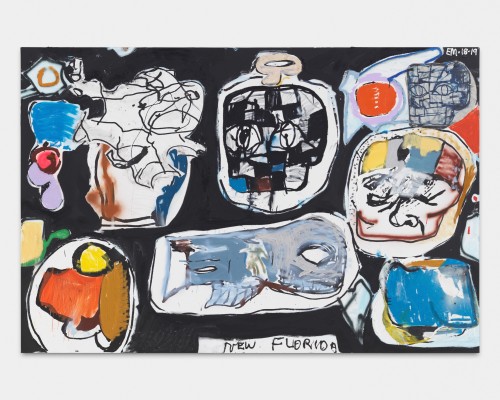 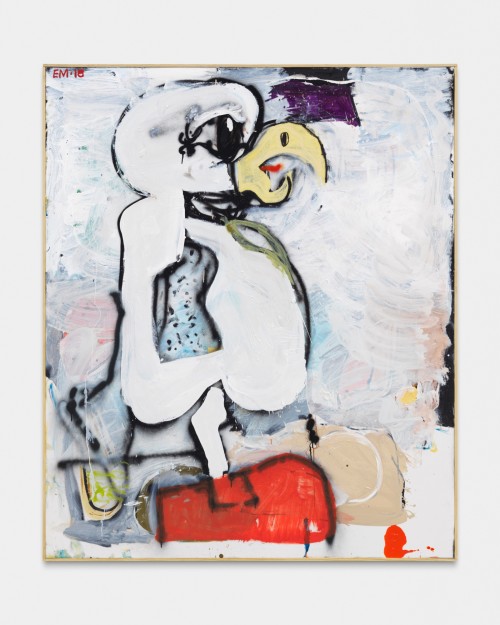 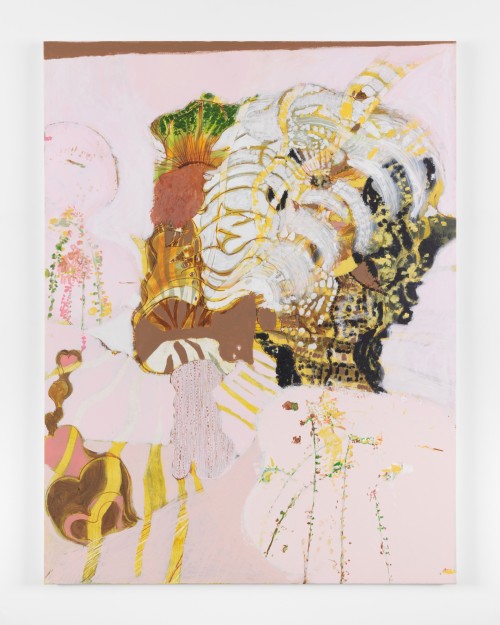 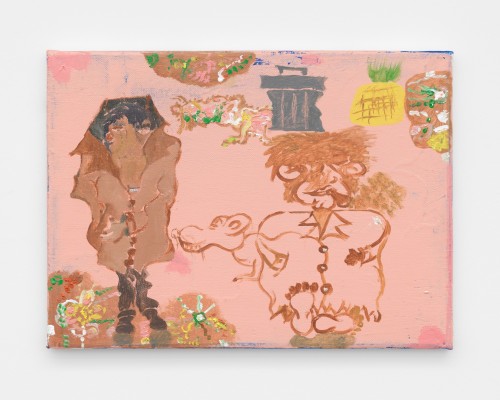 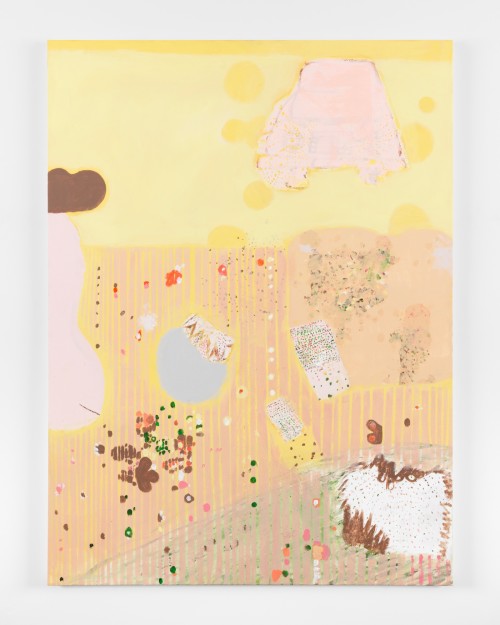 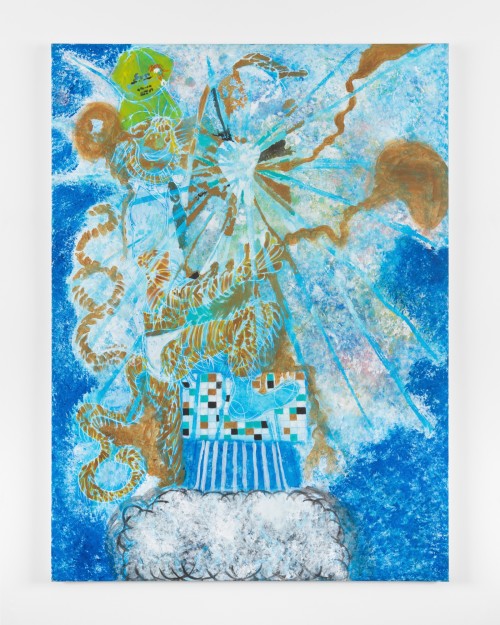 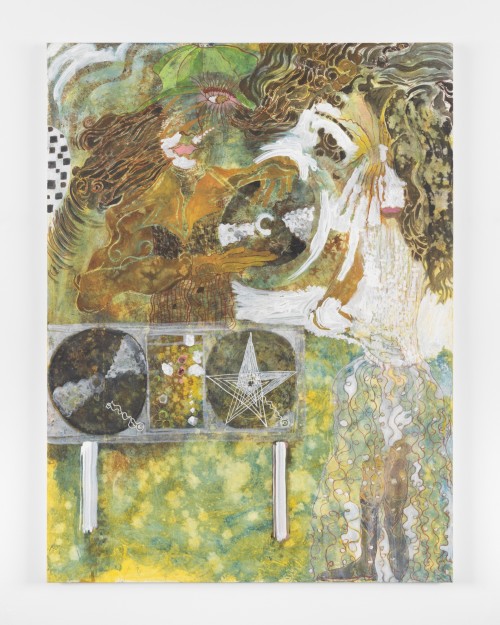 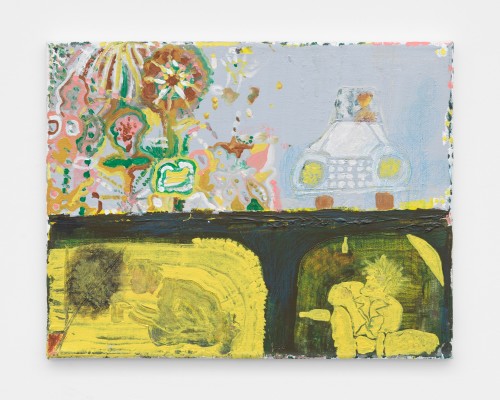 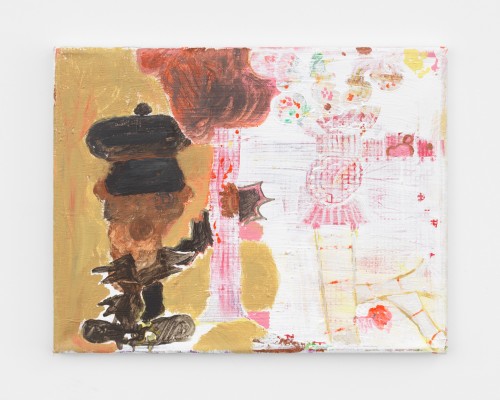 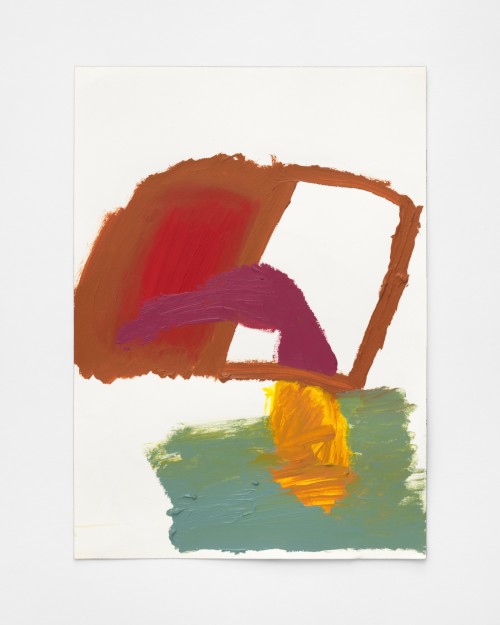 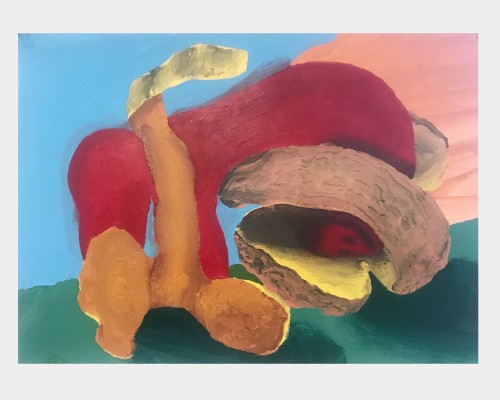 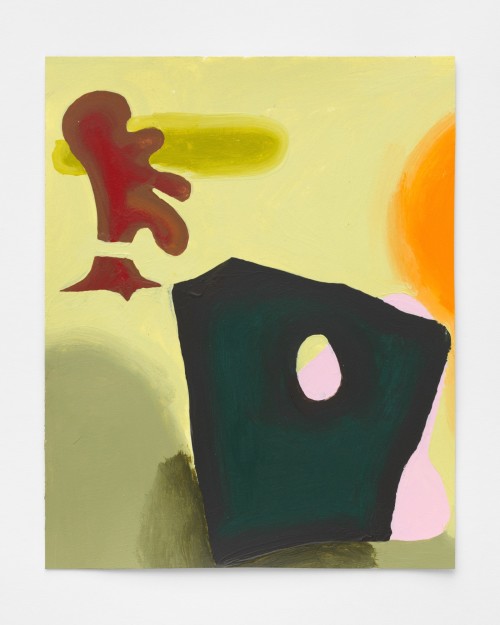 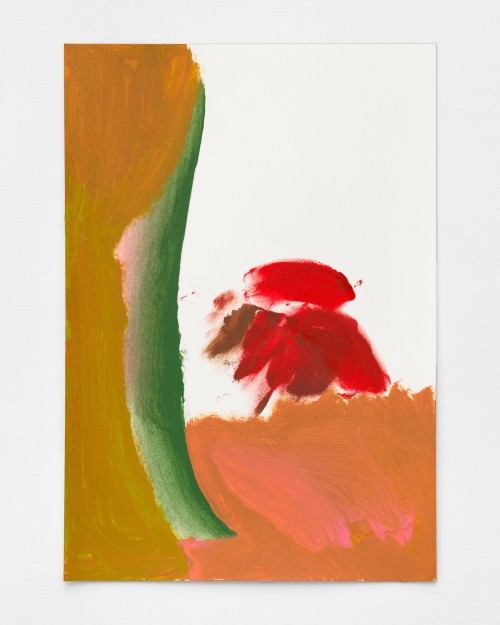 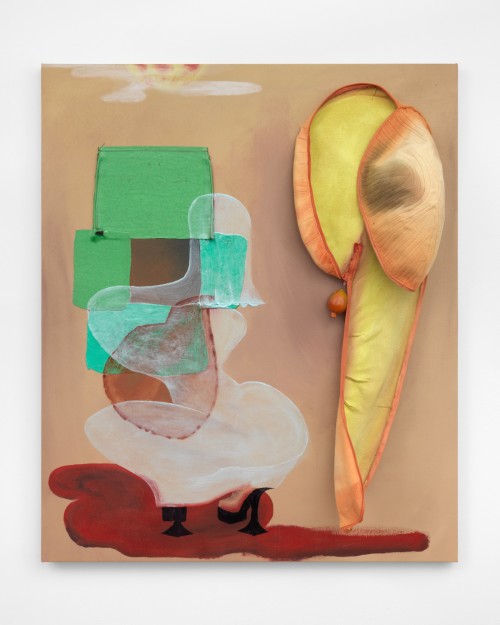 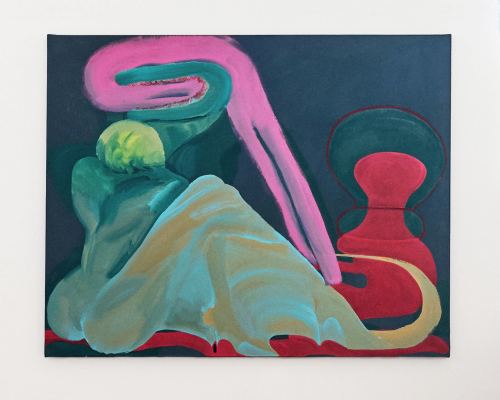 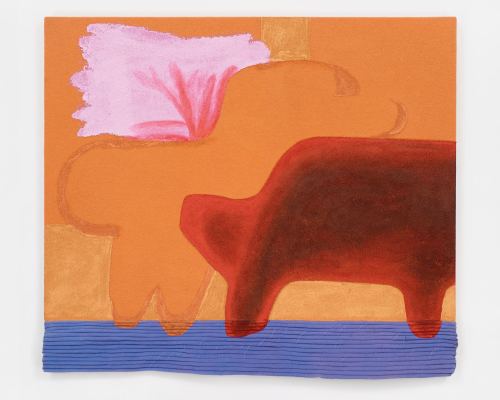 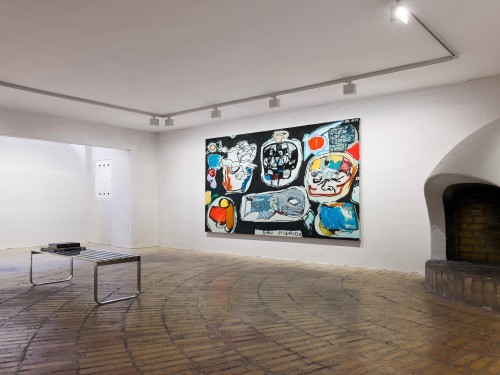 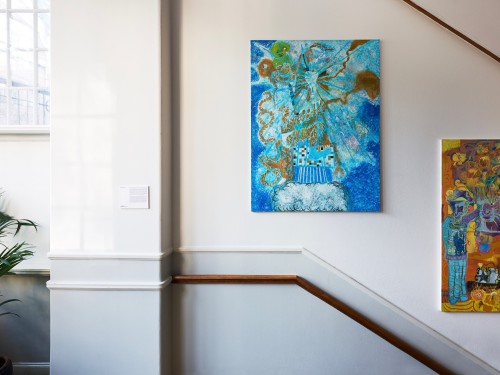 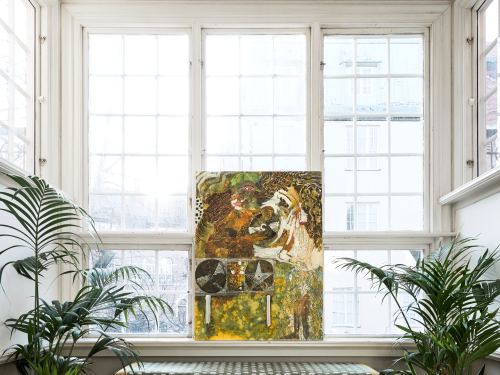 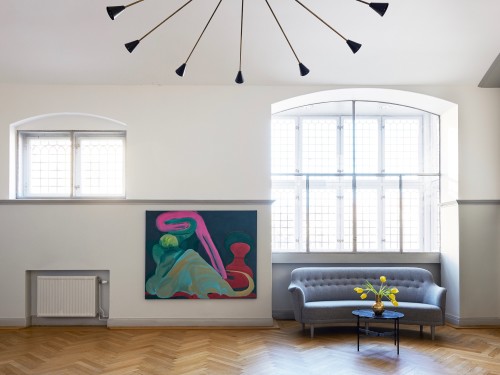 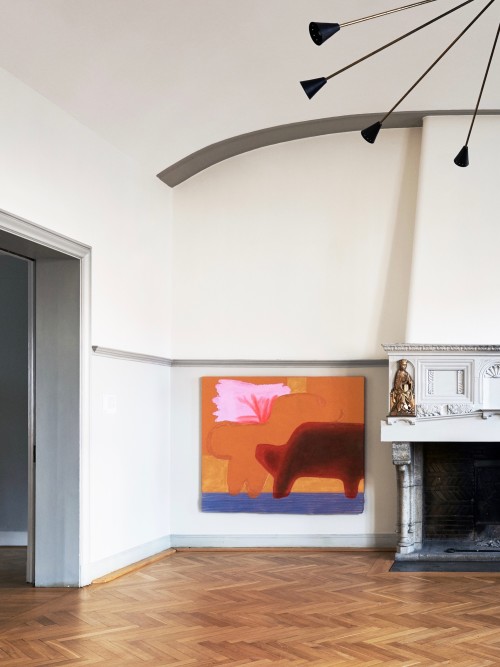 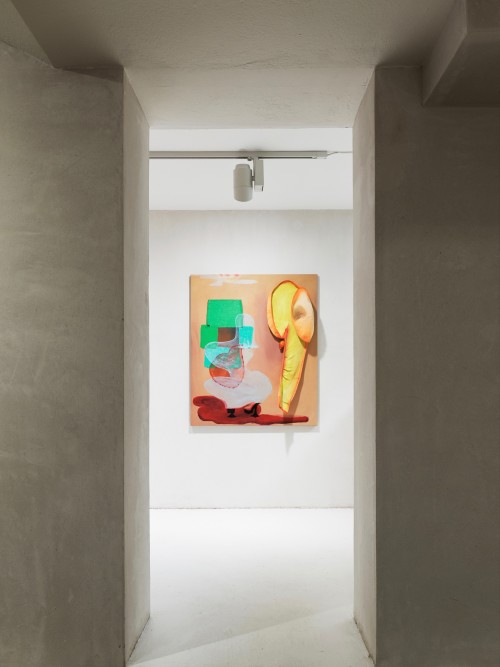 On April 8, 2005, we opened our third exhibition at Loyal, Eddie Martinez’s first solo show. Working closely together for several years until 2008 we presented Martinez in two more solos, as well as in our publications and group exhibitions. These shows were particularly tone setting for us as a new, experimental contemporary art gallery in Stockholm. Today we are so very pleased to announce our upcoming exhibition “Jaywalkers”, a three person show with Eddie Martinez, Odessa Straub and Rafael Delacruz opening Thursday, January 31, 2019 in which we explore the connections that arise between the work of these three New York artists.

“Jaywalkers” moves seamlessly between representation and abstraction. It’s about the scale of things. It’s about movement. Your step. Martinez, Straub and Delacruz are three artists in the continuum of the American abstract art movement. The title is fitting. There are rules but sometimes they can at best be seen as suggestions. I would posit that what rules really are for, would be something closer to a lack of sense. In the tradition of pioneers like Grace Hartigan and Helen Frankenthaler, Jaywalkers are alone when they take that first step forward. They are easy targets. But often it doesn’t take too long to get a follower. Or two. In spurts. Then the tide changes, then they are the leaders.

With huge amounts of trust in the viewers’ sense, Martinez, Straub, and Delacruz are not strictly leading the viewer along a path, but rather provoking individual interpretations. At present, I begin to understand many things about them. Every brushstroke and material choice is an invitation to their own, and your own, version, your own entry point to this walkway into the conscious and subconscious. Figures are dissolved into the works forming islands of meaning.

The armature of Eddie Martinez’s practice is drawing, translated to the canvas with impatient strokes of color that shimmy across the entire canvas. He draws like one keeps a journal – to immortalize thoughts, ideas, humor, annoyances, fleeting details in the arc of the day. These seemingly scattered stabs of color are then gathered carefully into forms, objects, figures, partly with the help of the contouring line, arriving at rhythmically distorted, semi-abstract paintings that have the ease and motion of a sketch. Appearing completely free despite the intricate and calculated movements, his restlessness could be called something else rather than impatience. It is movement and momentum and the Jaywalkers would agree it’s all about timing.

Odessa Straub builds monumental forms delineated by the crisp, sharp edges of her fields of color. This subtle interplay between the shapes is where the action in her paintings lies. She views the paintings as beings of their own which reminds me of this Hartigan quote “Painting must have emotion, but it must belong to the painting, not necessarily to the artist.” Straub builds her compositions like a puzzle of implications with shapes as characters. Straub’s suggestive use of gendered symbols like stilettos, her vast color lexicon, as well as textures like wool and leather, fill us up with psychological signifiers, speak to our instincts and impulses, and compel us to investigate our associations.

Rafael Delacruz brings a more distinct storytelling along with a renegade satire. It is all brushwork on canvas, so it should be very traditional and straightforward, yet you can sense the feel of the digitized world. That’s because he undulates between parallel versions of the same image both inside and outside the computer, distorting and morphing the image and then executing that with the brush. This digital manipulation creates a tension in the work that brings them to surprising places. In the canvases we often see a dystopian landscape with a dear character living a nomadic existence, with figures underground in tunnels, or cars that appear as homes. Delacruz touches on self-reflection through identity with humor and absurdity. This is 2019 in Delacruz’s sensitive treatment.

Martinez, Straub and Delacruz each unite around signifiers that spring forth from their own lexicon of symbols that they have built up over time. Recurring characters pop in from their past, gradually becoming more and more meaningful – they are allowed to age, develop, disintegrate and reappear in new forms. For example Martinez’s blockhead, a character association originally inspired by a Guston brick wall combined with a Picasso skull that Martinez first introduced in 2005, reappears in this exhibition, like in the painting “New Florida”, a 6 x 9 foot canvas pictured above.

A catalog is pubslished with the exhibition.

Eddie Martinez (b. 1977, Groton, CT) lives and works in Brooklyn, NY. Solo museum exhibitions include The Bronx Museum, New York (2018); The Drawing Center, New York (2017) and The Davis Museum at Wellesley College, Wellesley (2017). He has also had solo exhibitions at Perrotin Gallery, Tokyo; Mitchell-Innes & Nash, New York and Timothy Taylor Gallery, London among many. His work has been exhibited in numerous group exhibitions including The Saatchi Gallery, London and Garage Center for Contemporary Culture, Moscow. Additionally, Martinez’s work has been featured in Modern Painters, ARTINFO, The New York Times, ArtReview, The Brooklyn Rail, and Art in America. His work is included in public art collections including The Saatchi Collection, London; Hiscox Collection, London; La Colección Júmex, Mexico City; The Marciano Collection, Los Angeles; The Morgan Library, New York, and the Davis Museum at Wellesley College, Wellesley. Martinez has an upcoming solo exhibition at The Museum of Contemporary Art in Detroit in 2019.