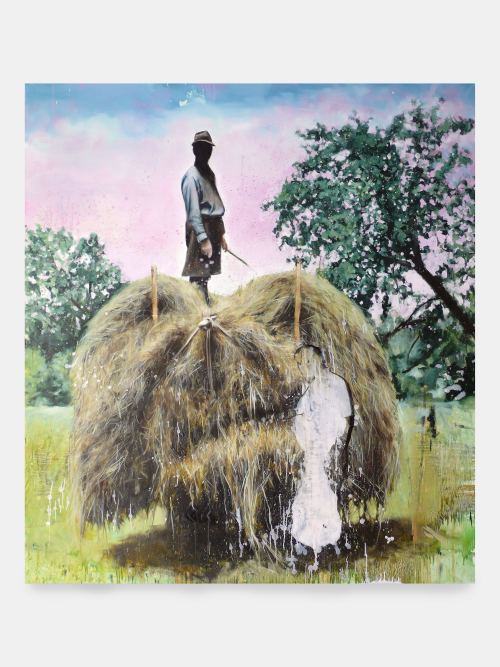 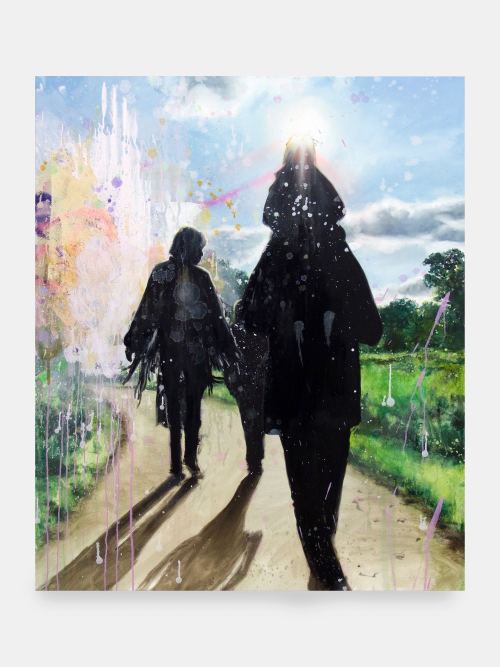 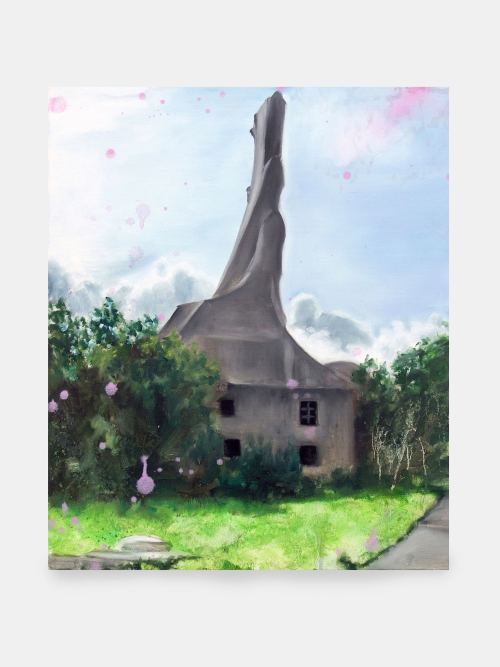 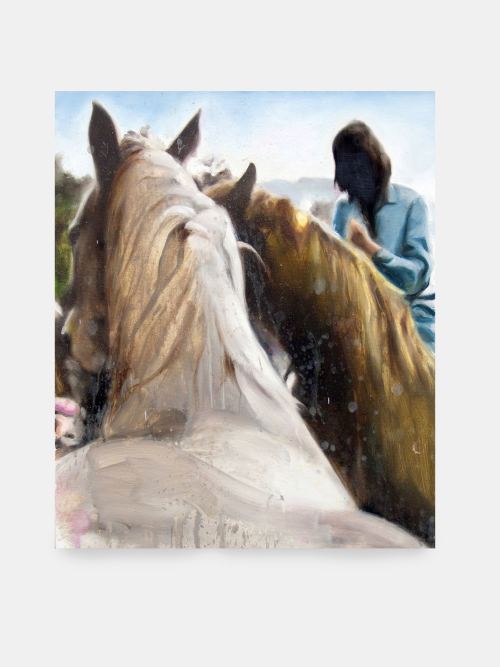 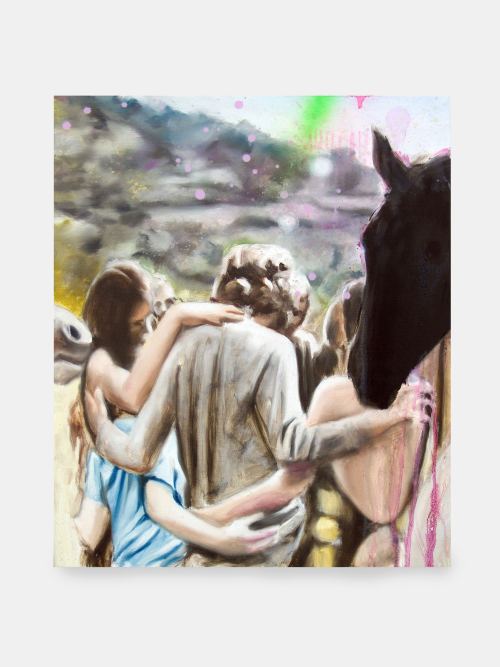 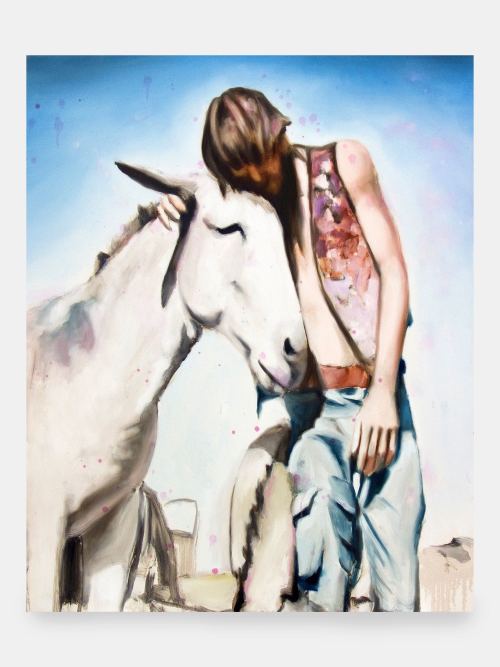 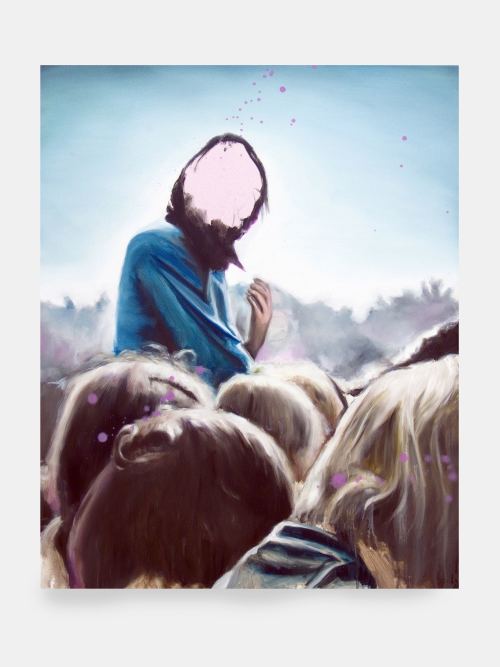 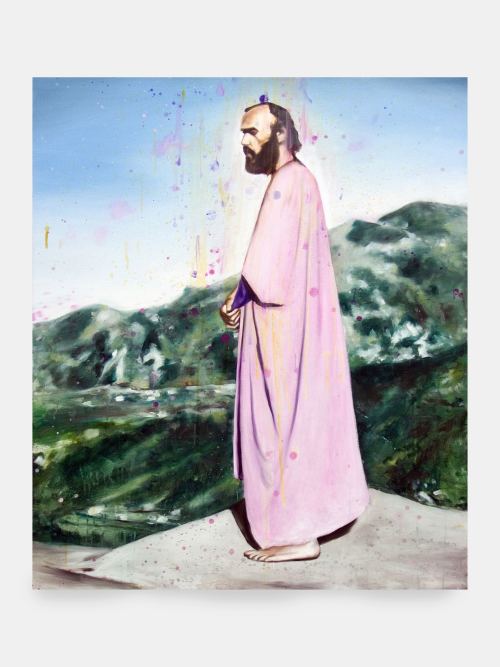 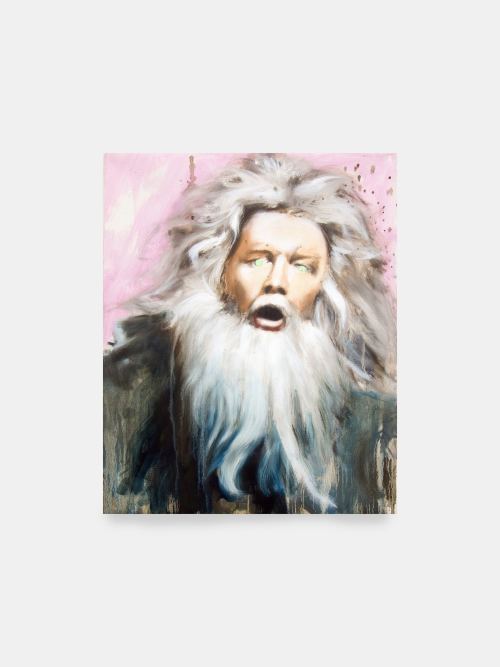 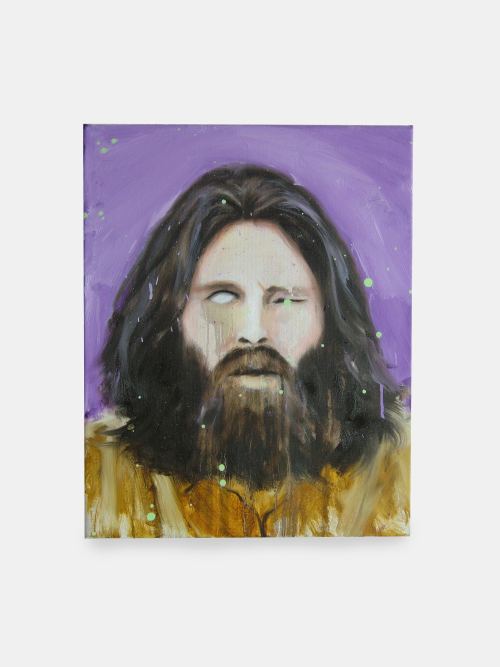 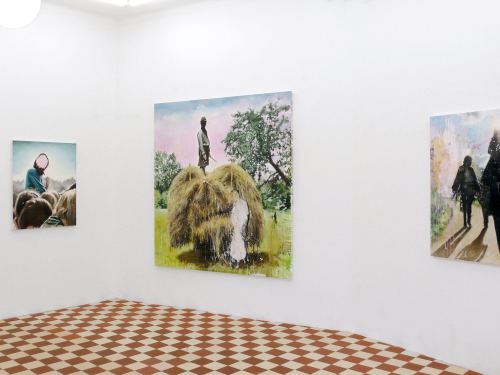 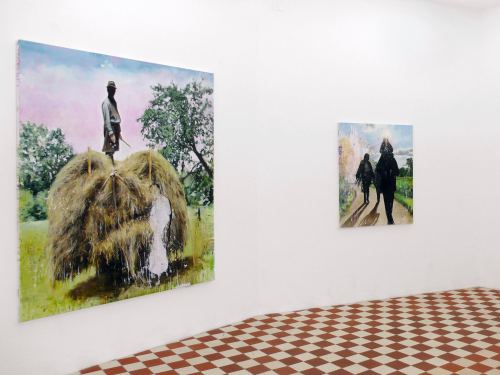 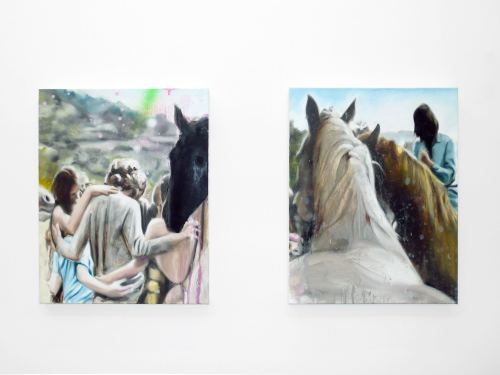 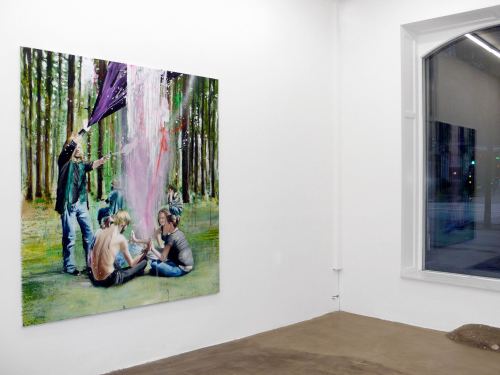 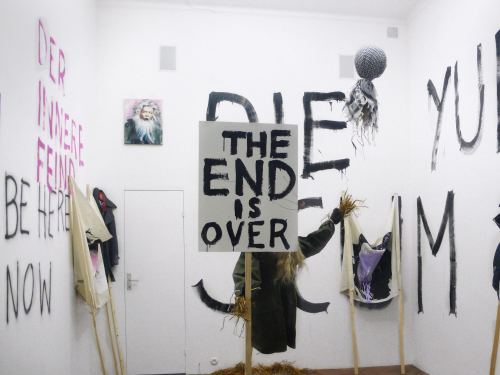 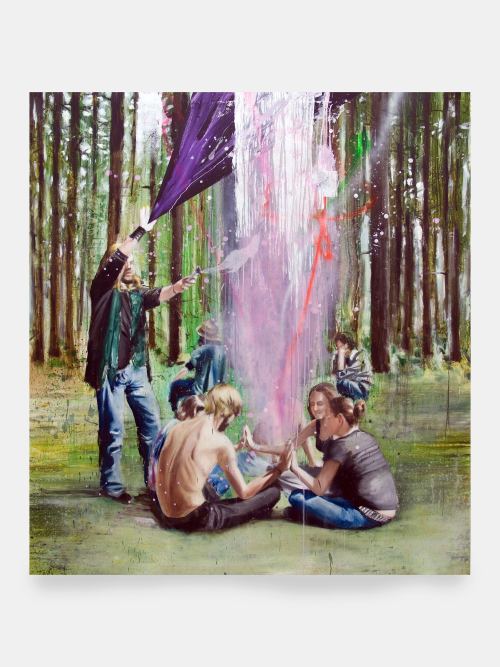 Loyal is pleased to present the solo exhibition Mansion on the Hill by German painter Till Gerhard.

For this exhibition Gerhard continues to explore the tension between civilization and nature in a new group of exquisitely rendered oil paintings.

Executed like idyllic landscape painting with the harsh beauty of realist painting, Gerhard presents an idealized nature, full of a glowing magic and hyper, almost psychedelic, beauty. While there is a sense of utopia, there is also a foreboding horror, like an ominous and ever-present conscience pulling us back from the sublime into the dread of reality.

Gerhard breaks from the traditional and obliterates selected details of the figures, replacing them with the supernatural ghosts of expressionist gestures. These ecstatic bursts of abstraction and expression punctuate the heavy brushwork. Spills, drips and explosions of color make the identity of the figure disappear, creating the sinister effect of the intimidation of the unknown. Nature becomes a fantasy world of mystery and fear and euphoric beauty. The commonplace is gone and the mystical is revealed.

Whether a glow radiating from the figure or the spectral darkness of shadows, like the terror of the woods at night, shadows and lighting effects play a strong role in Till Gerhard’s compositions.

The works exude an obsession with religious cult figures and gurus, 1960’s counterculture, and the desire to be free of society and commune with nature and other humans which often descends into depravity.