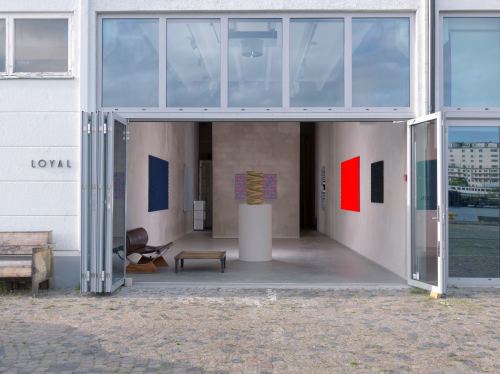 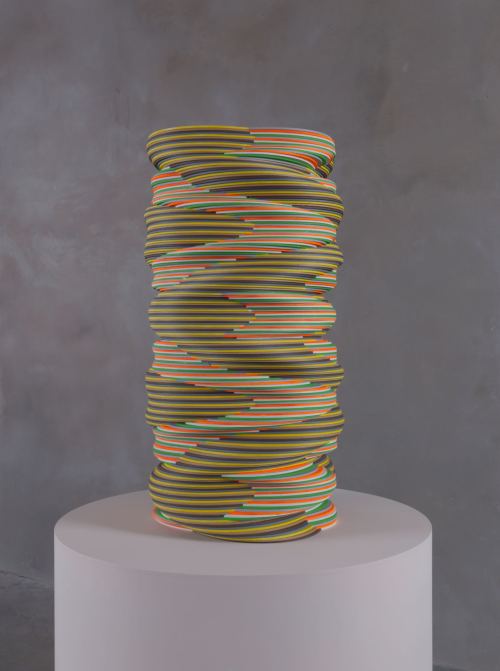 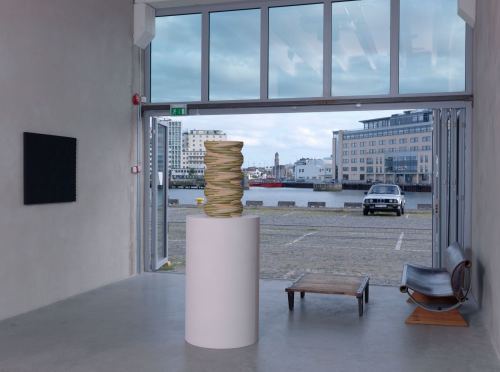 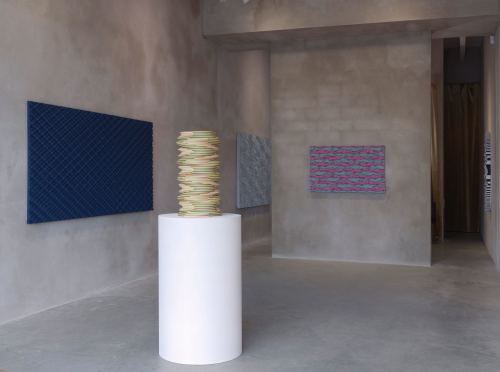 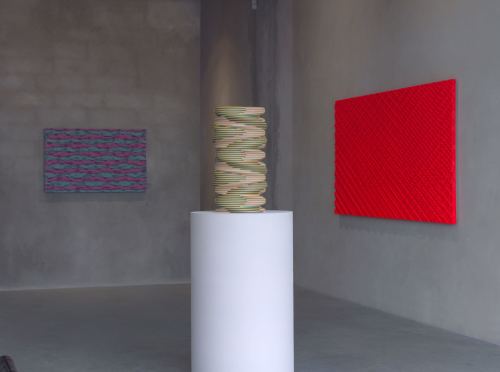 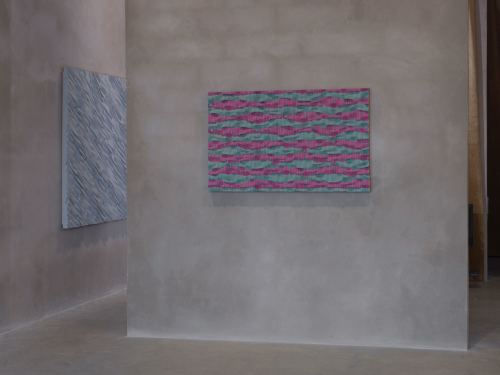 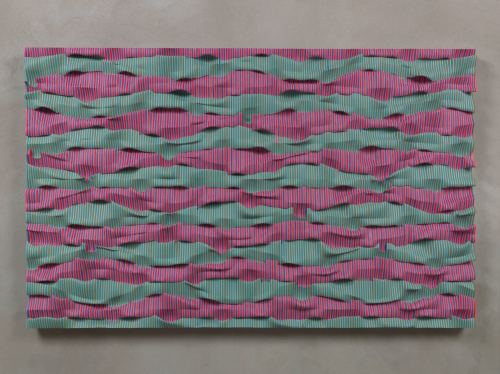 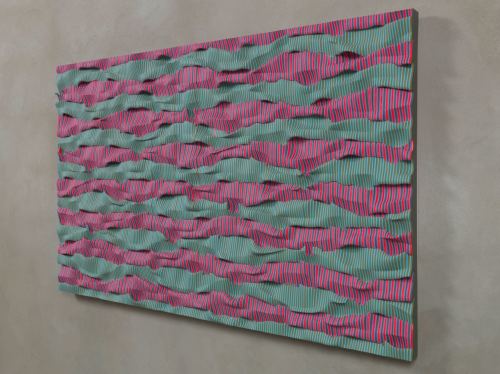 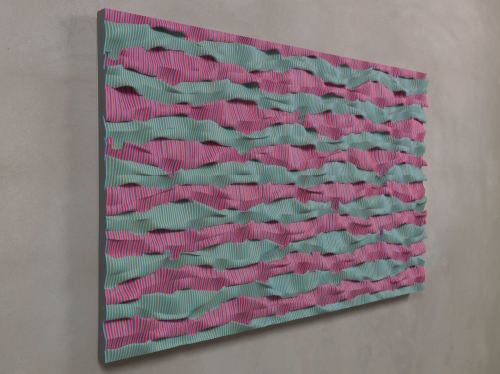 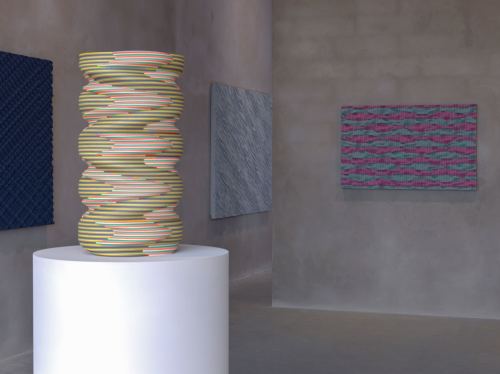 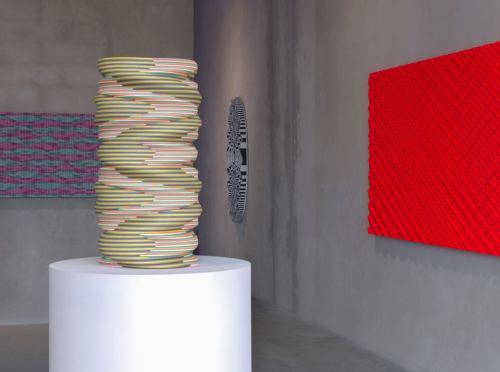 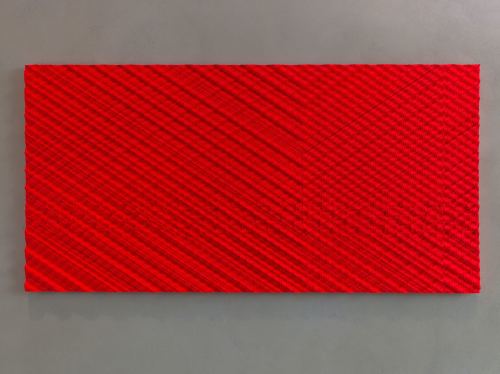 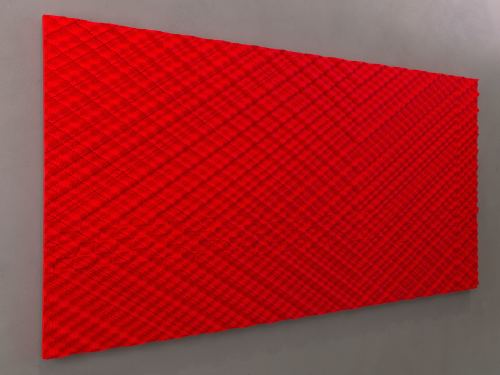 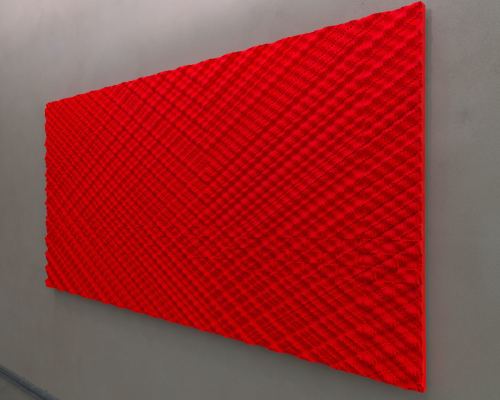 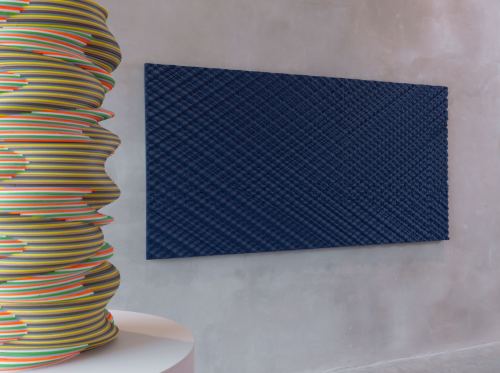 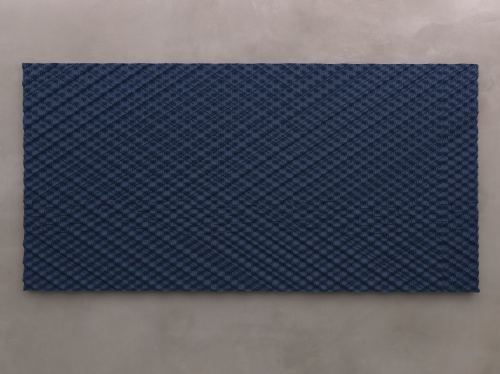 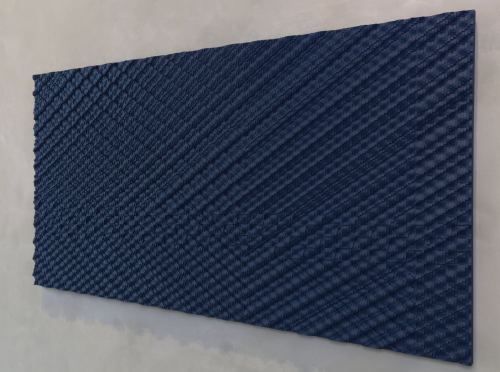 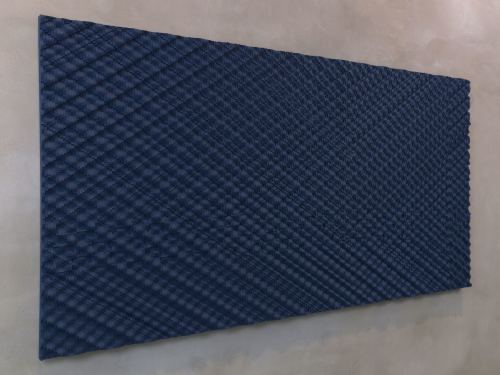 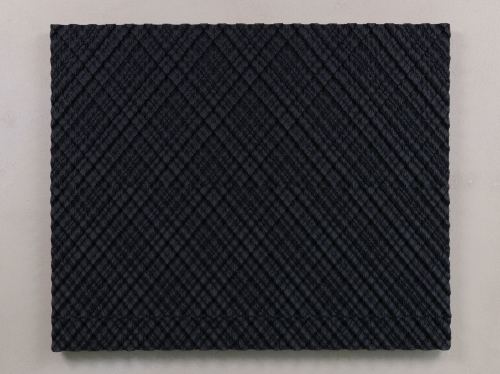 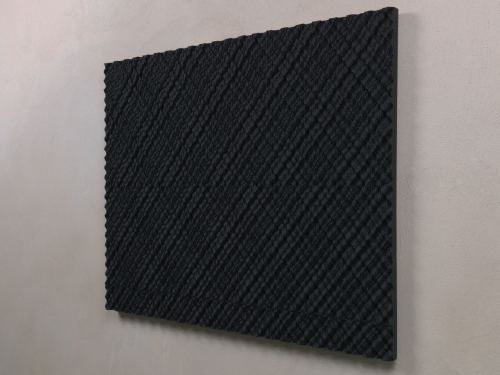 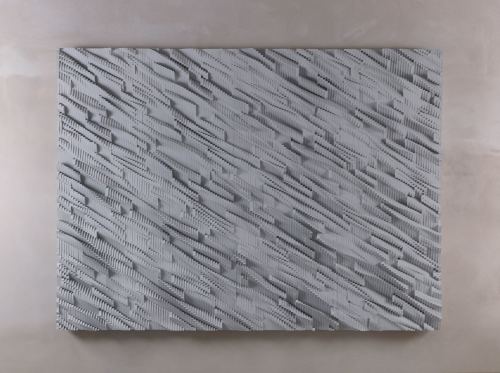 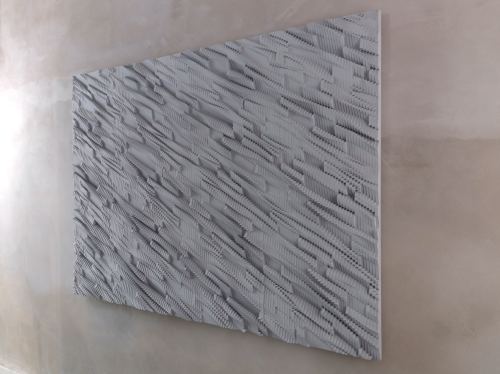 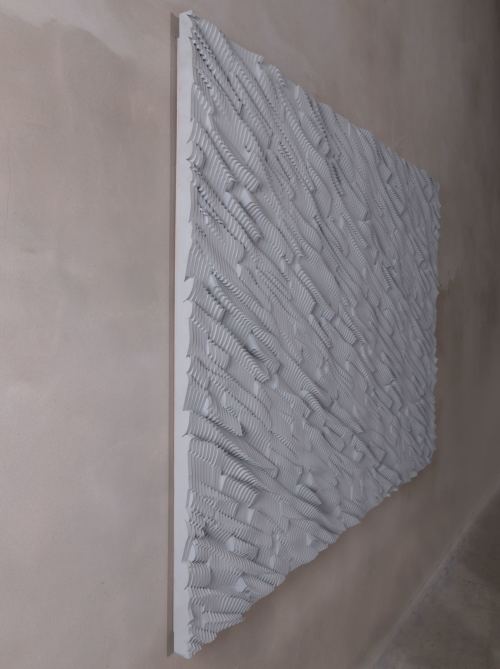 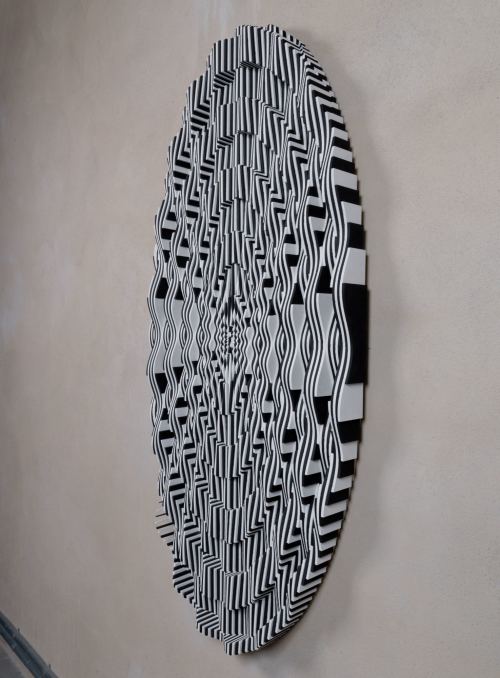 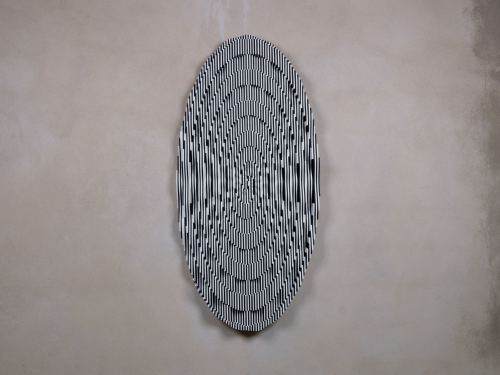 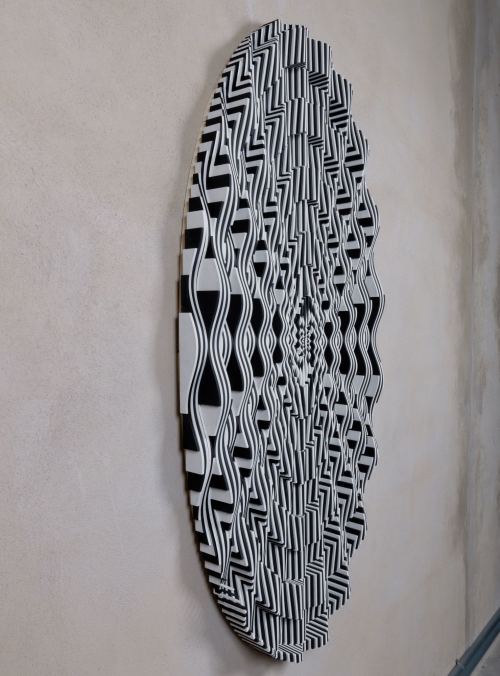 Loyal is pleased to present Neon Gray, a solo exhibition by Ara Peterson. The exhibition consists of seven new works, including six wall-relief sculptures and one free-standing sculpture. This is Peterson’s first solo exhibition with Loyal and his first outside the USA.

Ara Peterson uses the materials of paint and wood to record wave patterns into sculptural form. Peterson takes the kinetic attributes of the wave and gives them a static shape. At the same time he takes the static material of wood and gives it the appearance of movement.

Each work begins with Peterson’s mental image of an object that has the capability of changing and evolving through the various stages of execution. From the idea’s conception all the way to its completion as a relief sculpture, Peterson effectively defies the characteristics of both the technology he uses to create the works as well as the material used. The resulting sculptures appear weightless and immaterial before the viewer, visually intense with an animated vibrancy.

In Intersecting Streams (Blue), one of the three major works in the exhibition, Peterson records the dissonant effect of wave patterns intersecting from different directions with varying properties. Standing before the piece over time, new permutations begin to reveal themselves as the viewer slowly begins to decipher the consequence of what Peterson has set into existence.