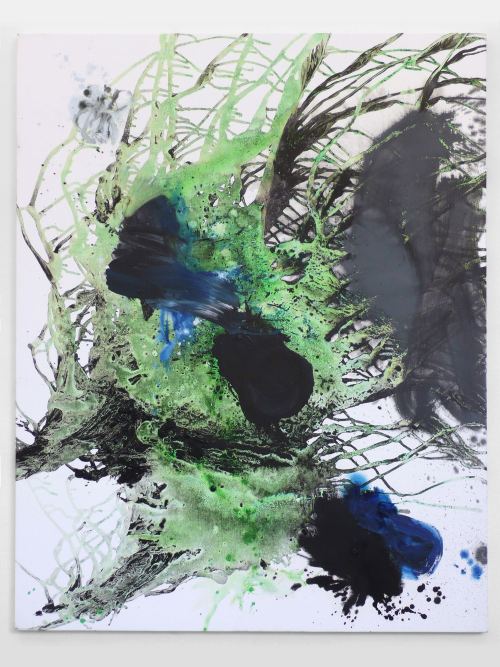 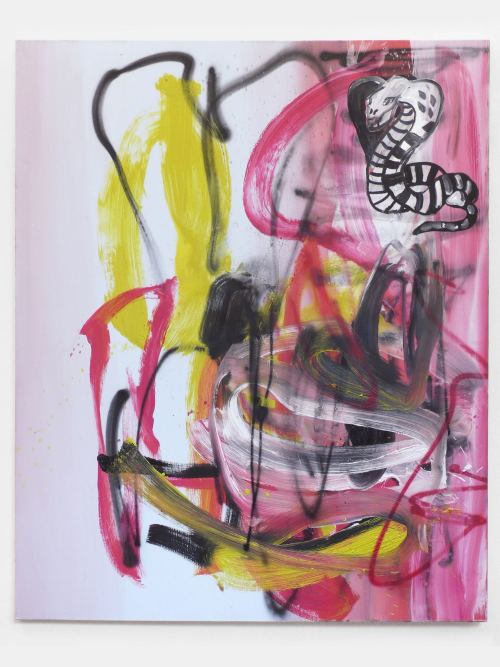 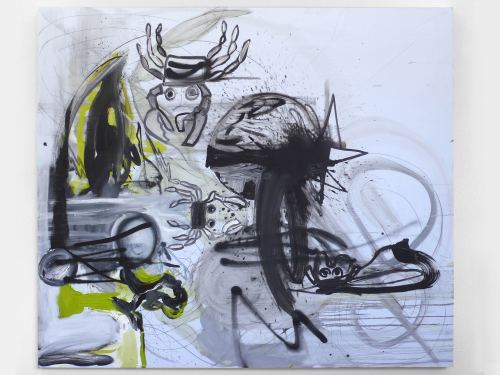 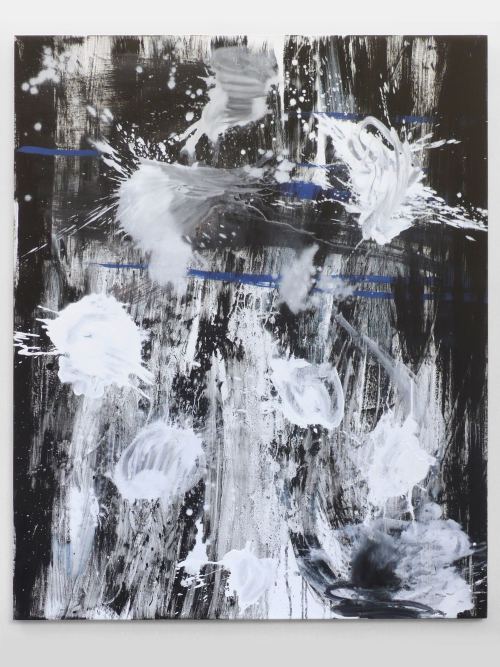 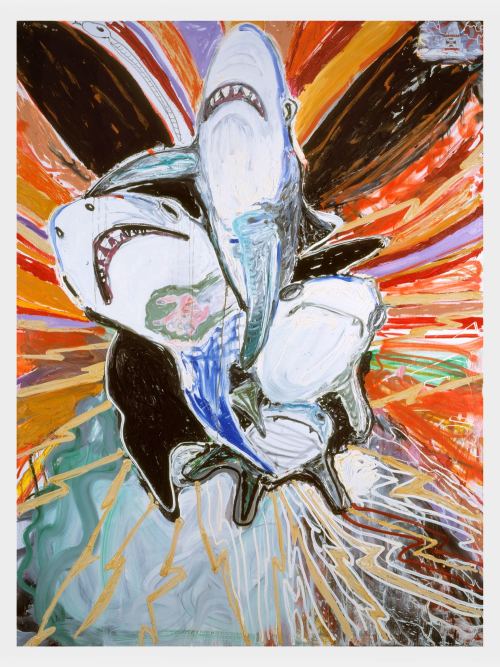 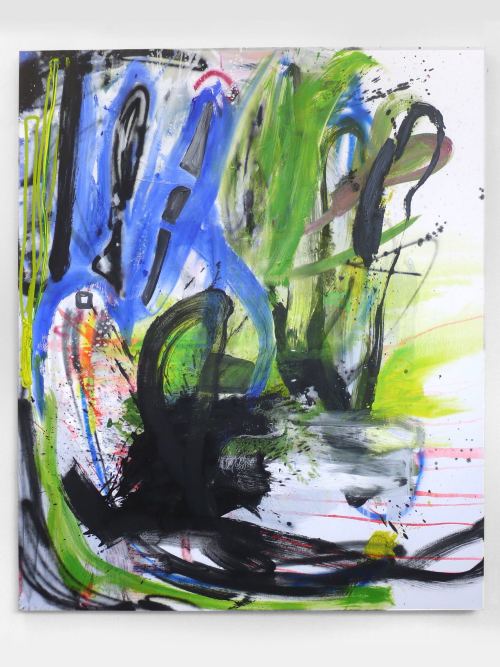 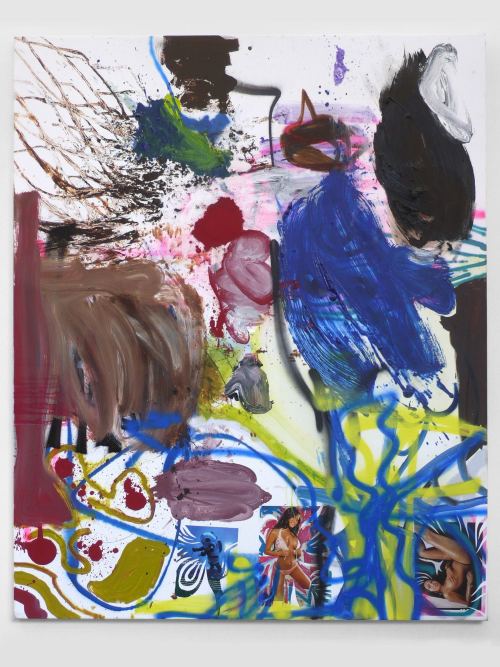 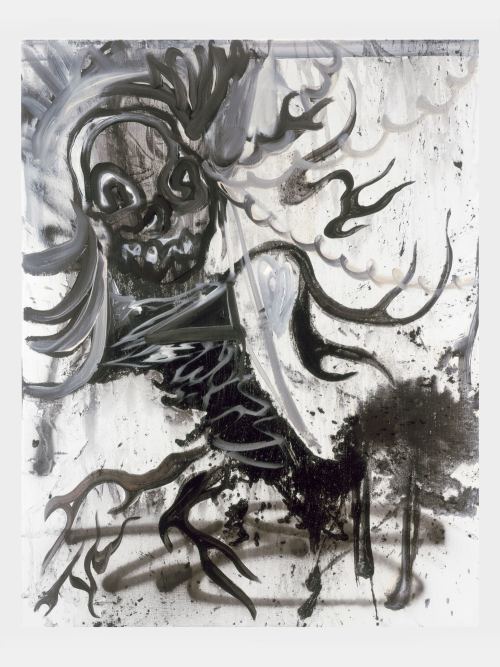 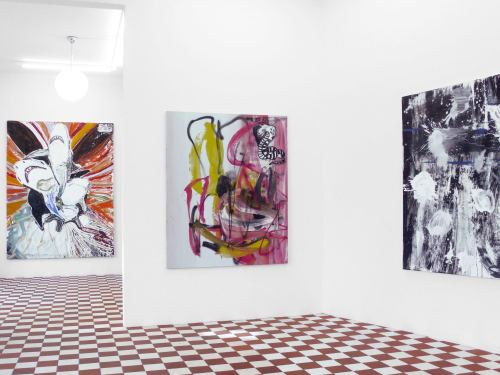 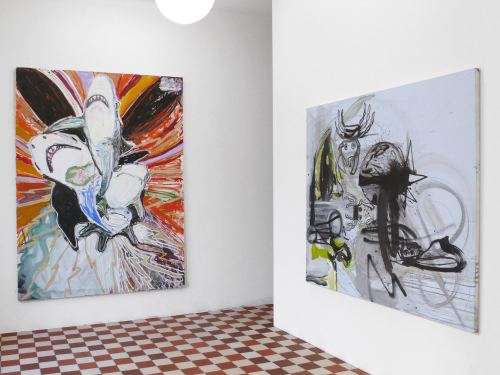 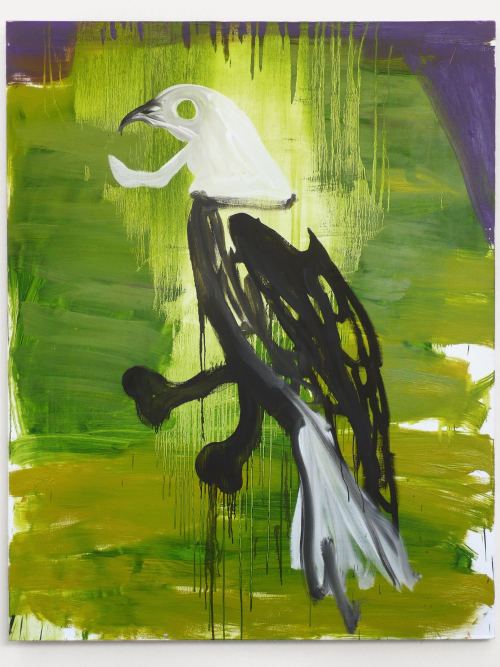 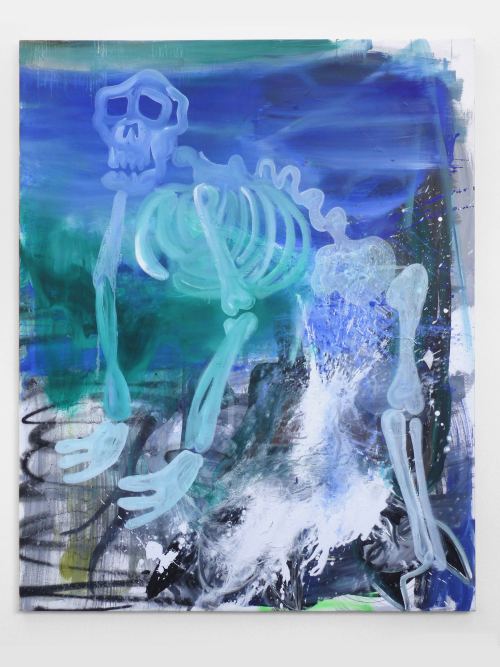 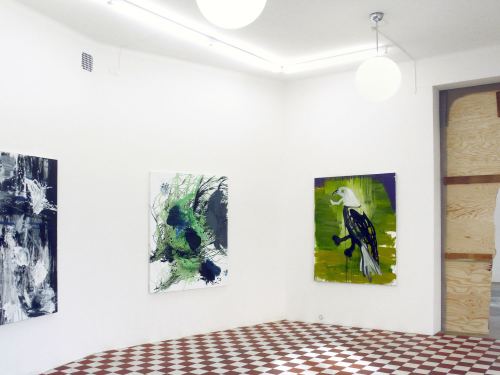 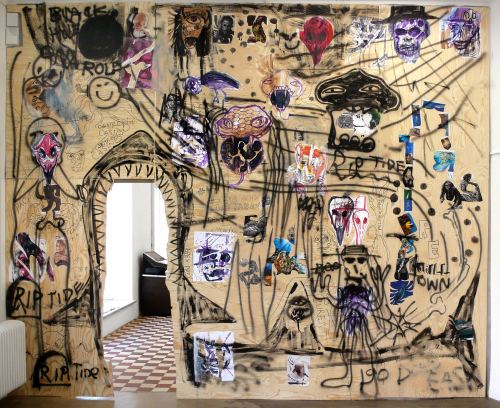 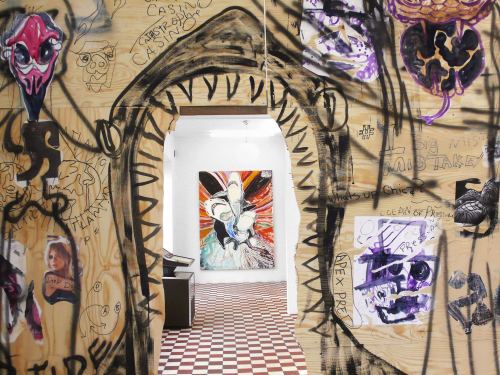 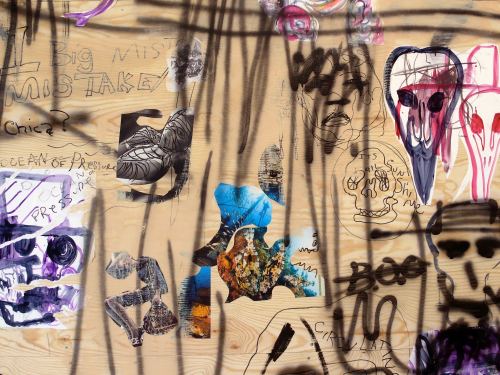 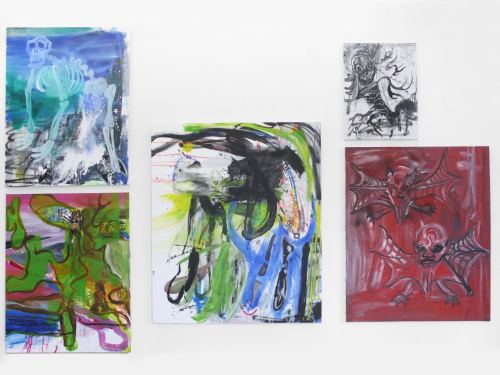 For his debut solo exhibition with Loyal, Bill Saylor presents a new group of explosive oil paintings and drawings.

Central to the work is the struggle of dualities, a frenetic exploration of beauty and chaos. It is as if Saylor is battling with dangerous, dark forces and presenting us with the results in the form of his paintings. The success and intensity of Saylor’s work lies in his ability to succeed in using a trinity of force, structure and humor to create elegant abstract figurative paintings. Like James Ensor at a Black Flag concert along with the fluid energy of action painting, the excitement lies in the fact that anything can happen.

Saylor has created what seem like protective shields against an unseen and ever-present force. As if to help cope with the difficult territory he is exploring, cult-like imagery and power creatures often obliquely enter the canvas, painted in oil with the casual ease of a drawing. Collaged elements are covered and concealed in the paint much in the way that thoughts exist in the subconscious. Saylor navigates freely between gestural brushwork, alternatingly rough and detailed drawing, street tag-like text, and collage.

While initially chaos seems to rule, a second look reveals an intrinsic balance. The tension created between the elements holds the composition together, achieving harmony. Saylor has found a territory where abstract expressionism, the rawness of punk rock, and pop art iconic imagery can coexist on one canvas.

Bill Saylor has exhibited internationally for many years with solo exhibitions in New York and Tokyo. In 2004, he was included in the exhibition “Contemporary Painting” curated by Alex Katz.