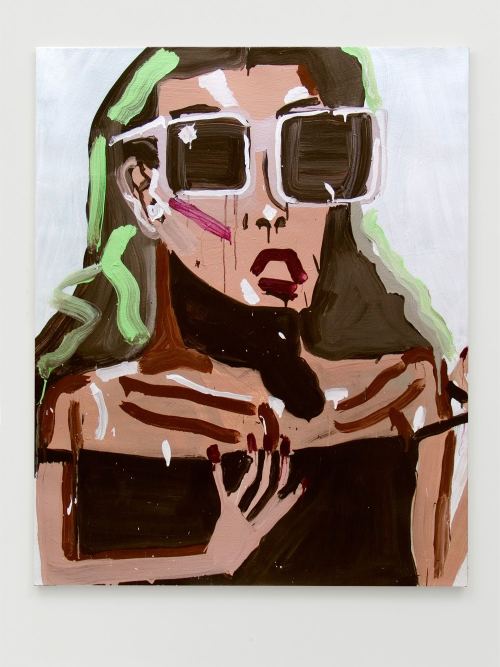 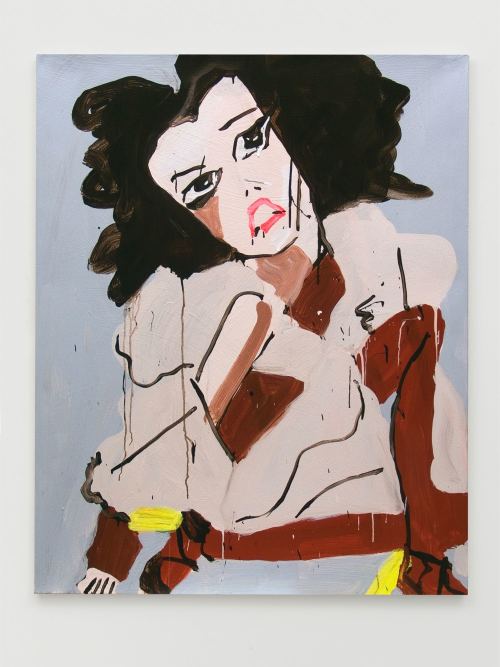 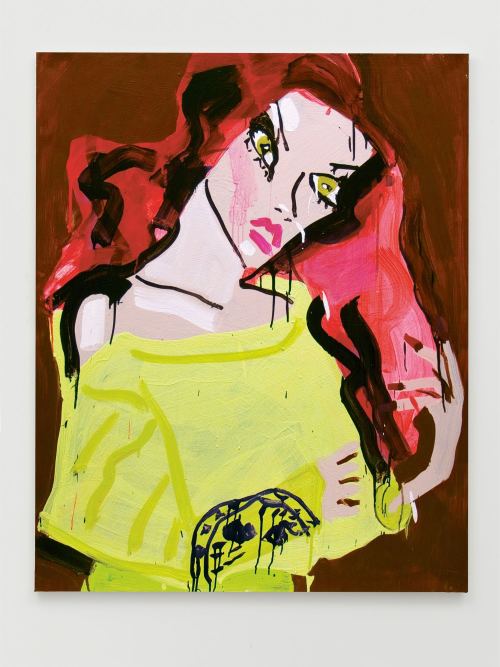 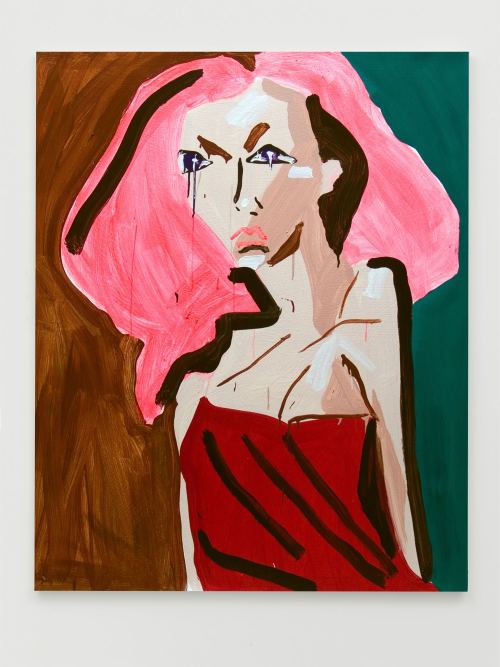 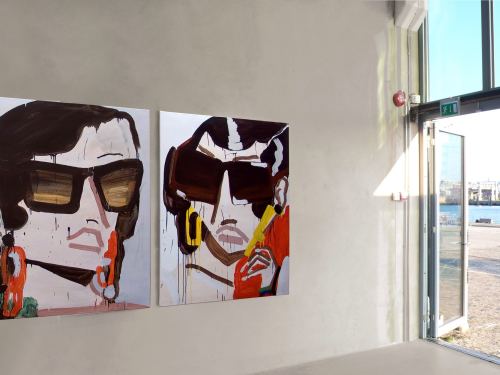 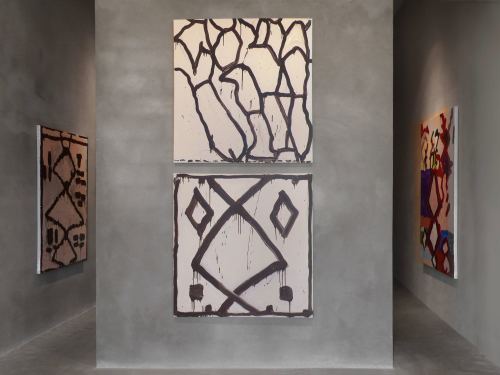 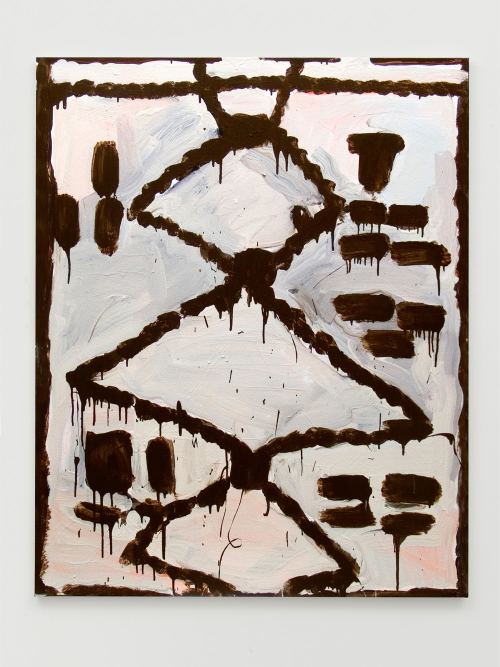 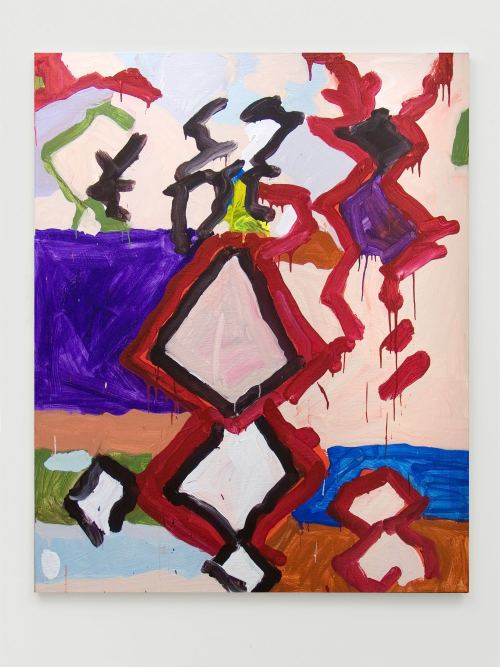 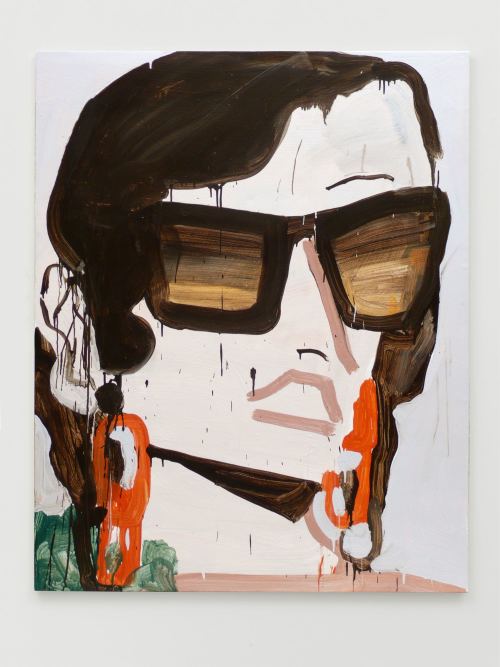 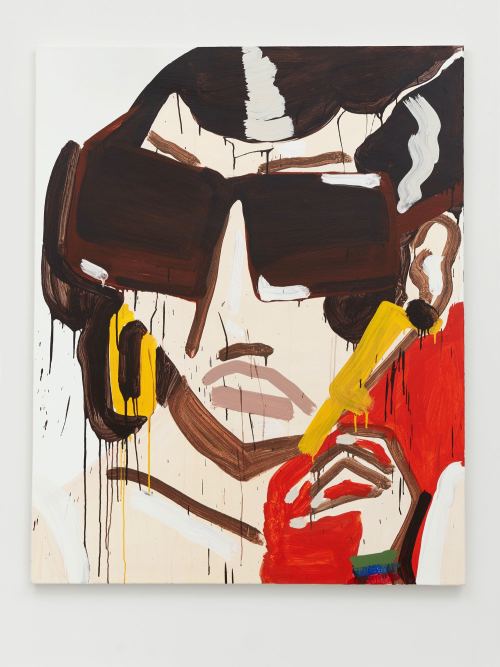 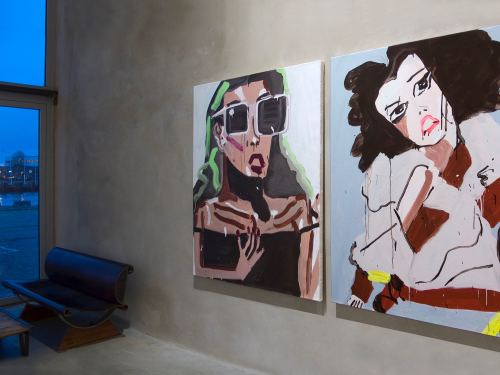 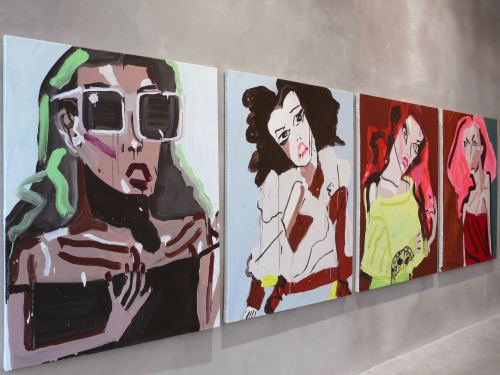 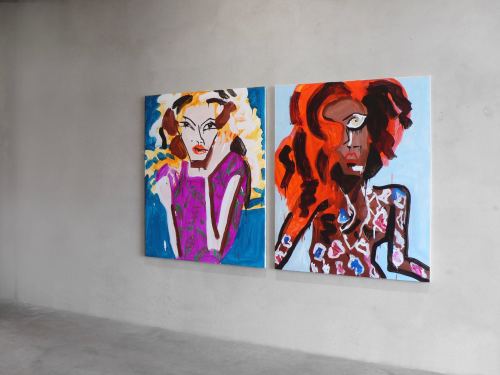 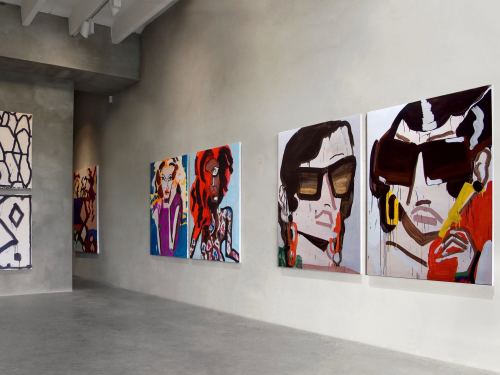 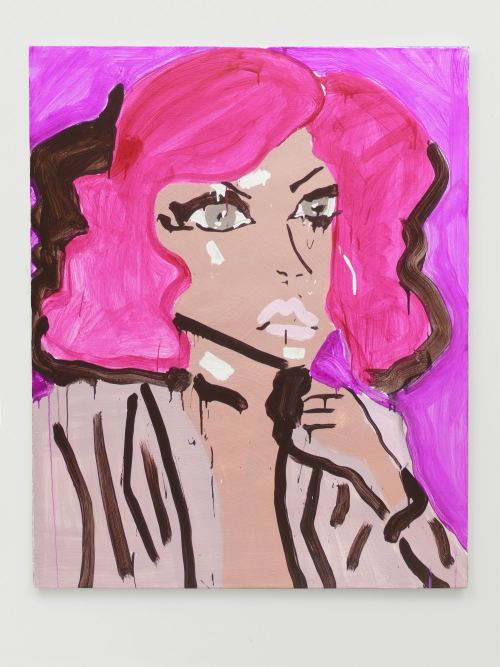 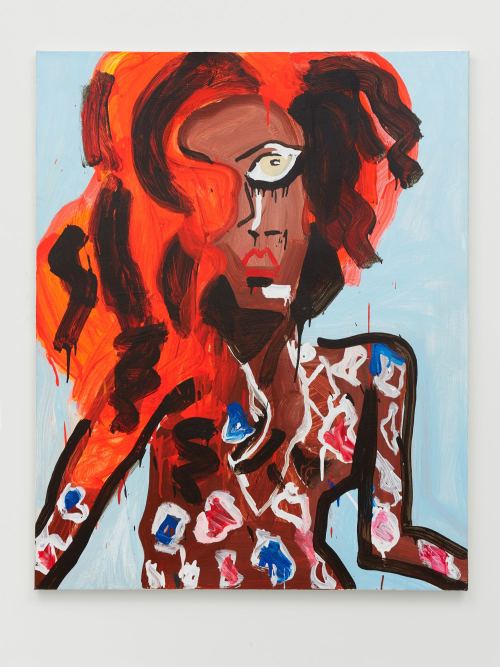 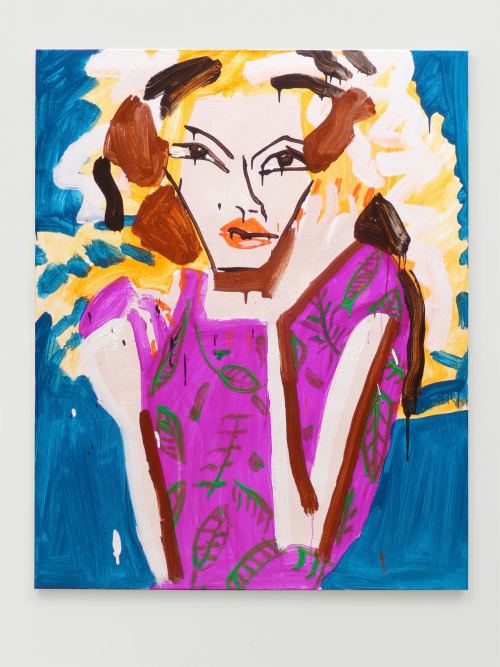 Katherine Bernhardt gravitates towards the phenomenal. She seems to seek out beauty that has been taken to a certain state of stylized perfection. Bernhardt finds this in the hyperreal atmosphere of fashion photography, and she is well known for her brave approach in her paintings of models.

Bernhardt’s paintings balance between composed and wild. And there’s a rhythmical positioning to her quick, elegant slashes and broad, bold strokes which intersect the canvas in swaths. Every feature — an arm, an elbow sinking into a pose, pink cheeks, a blue jacket — are broken down to their key elements of pattern, color and form. Bernhardt organizes these elements, like delicately stacked weighted objects, to build her figures.

There is a second theme in the show, and here perhaps the structural aspects shine through even stronger. What appear to be free-floating abstractions are in fact derived from the handwoven rugs of the nomadic tribes of Morocco. The harmonic diamond patterns in the rugs are a starting point which Bernhardt transmogrifies through her bold and seductive use of paint on canvas.