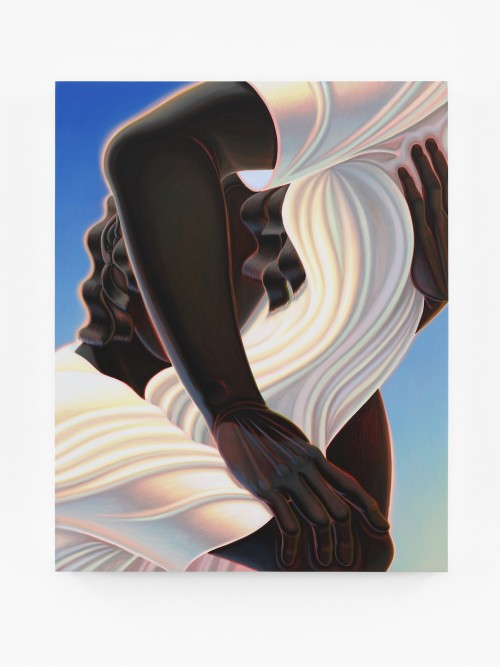 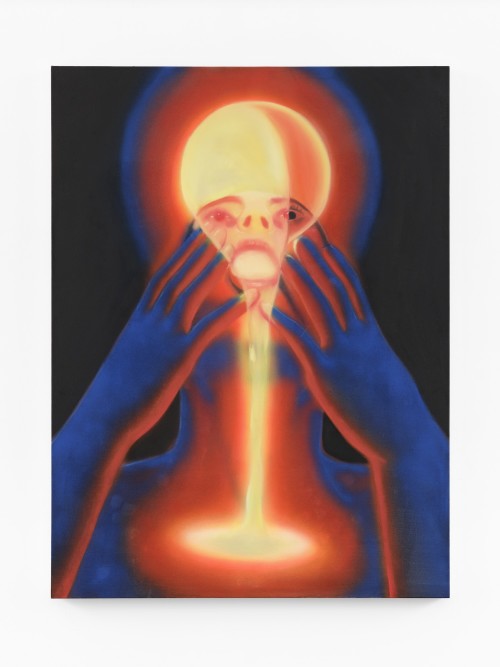 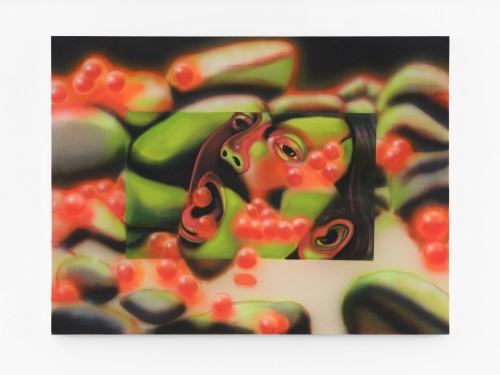 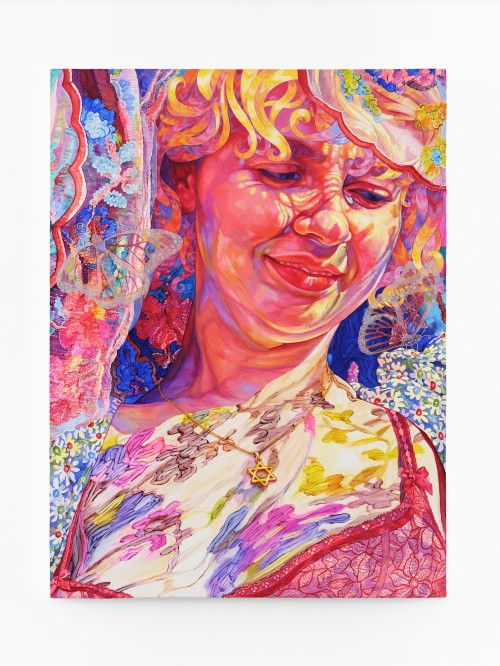 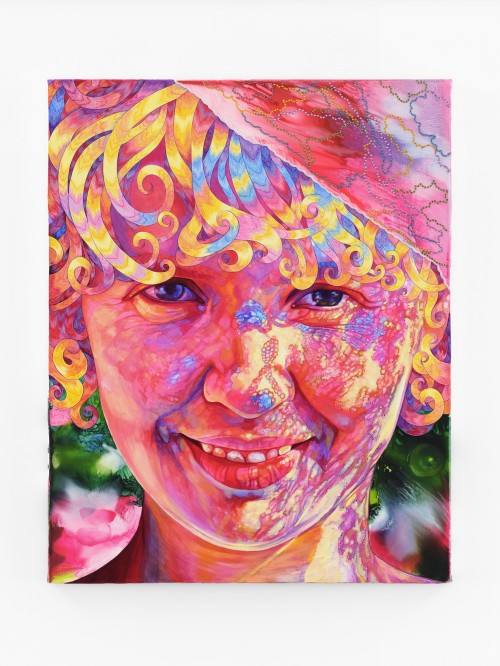 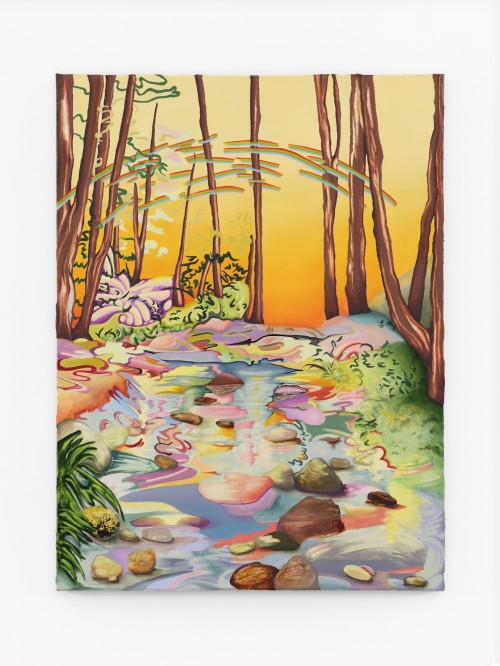 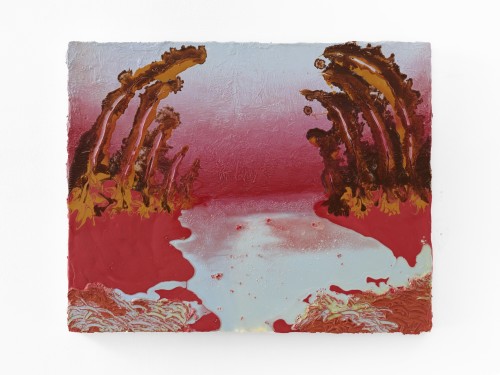 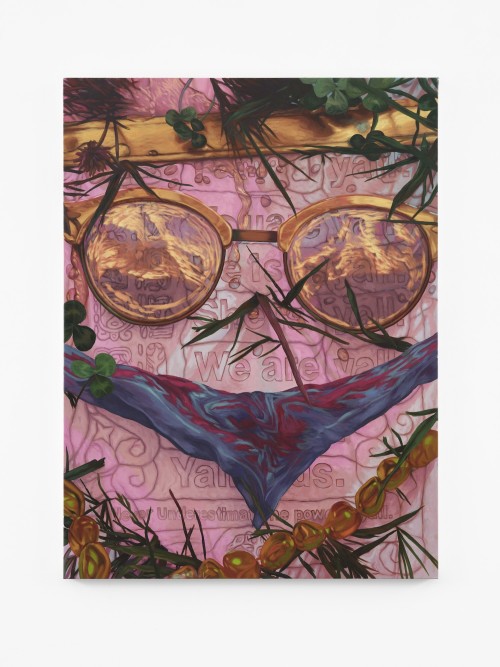 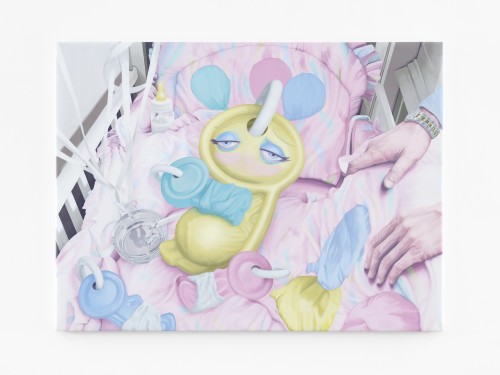 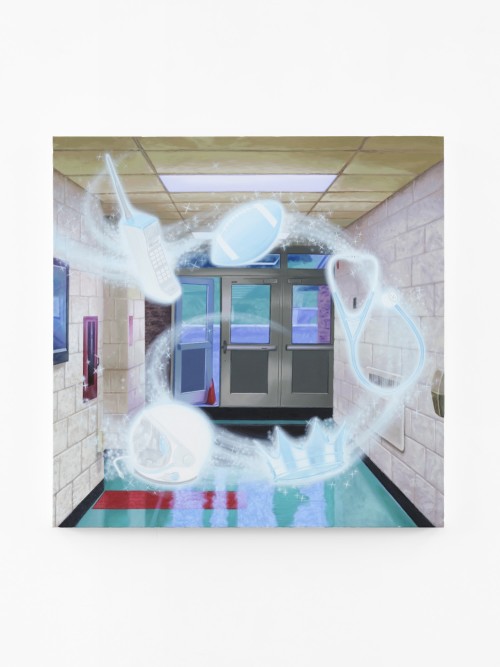 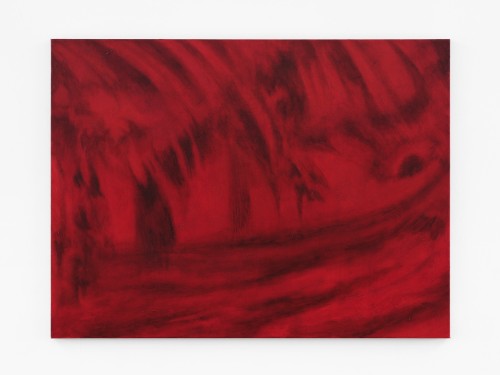 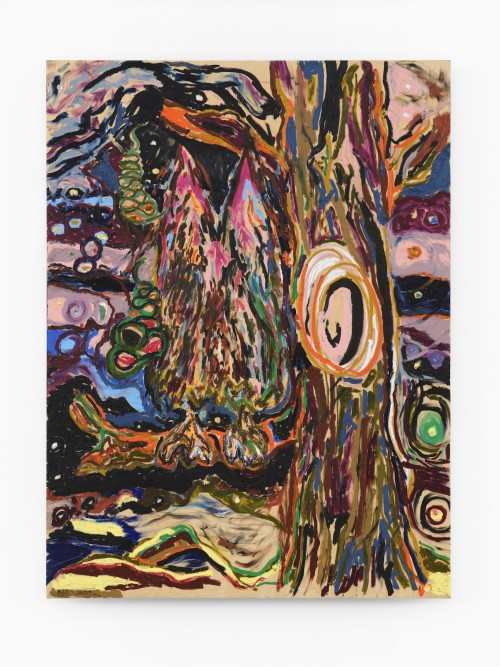 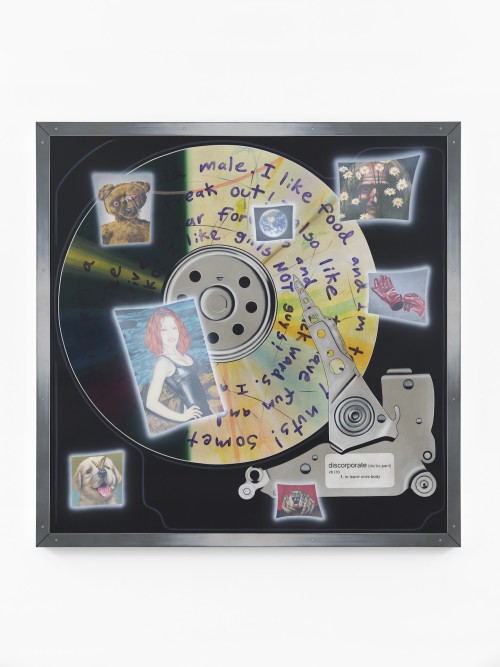 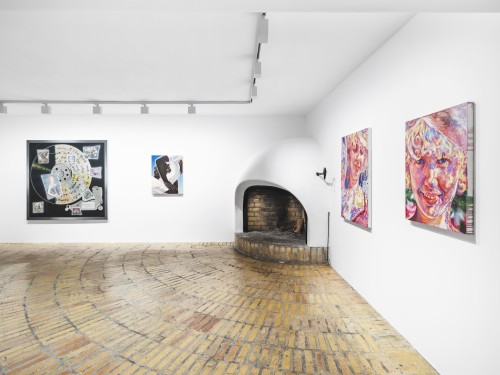 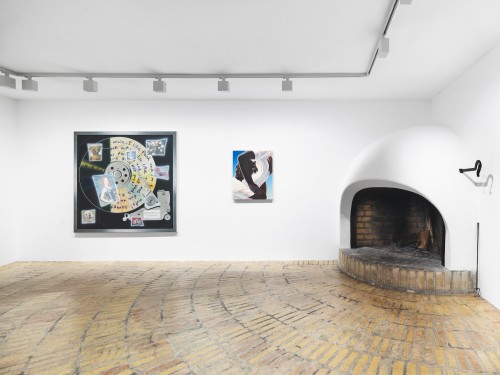 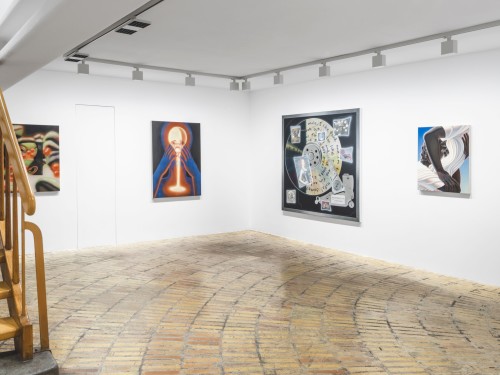 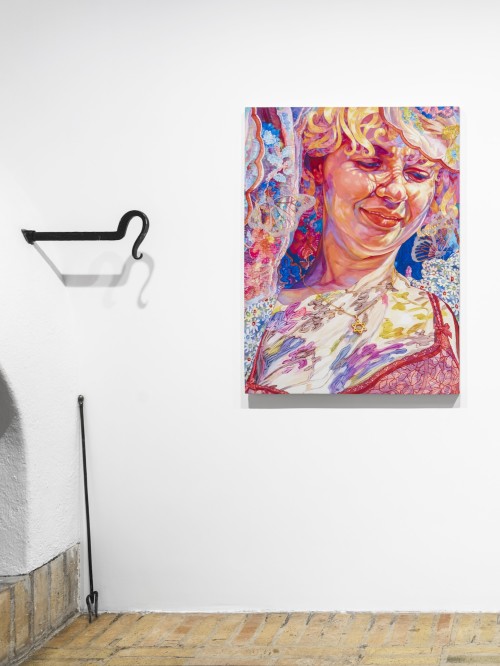 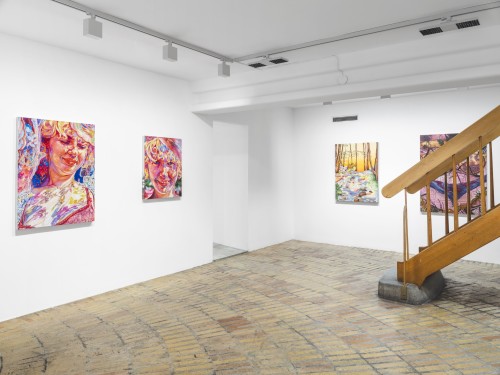 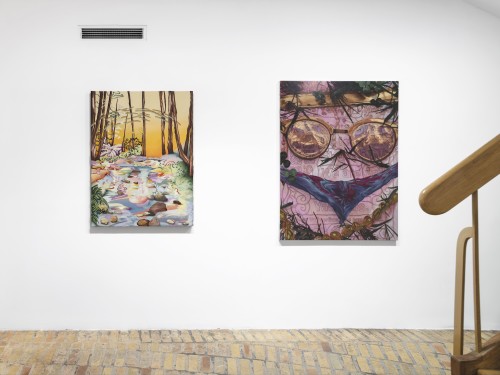 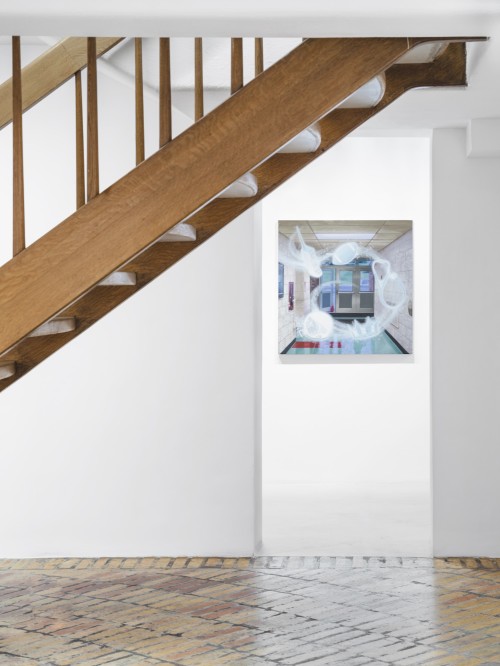 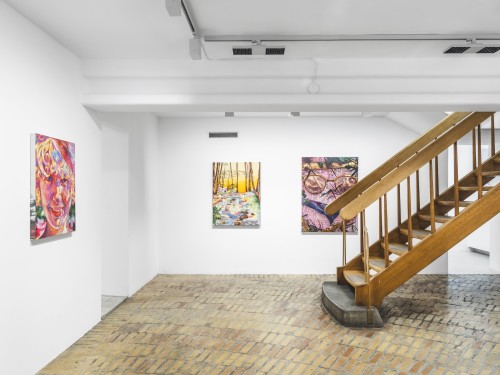 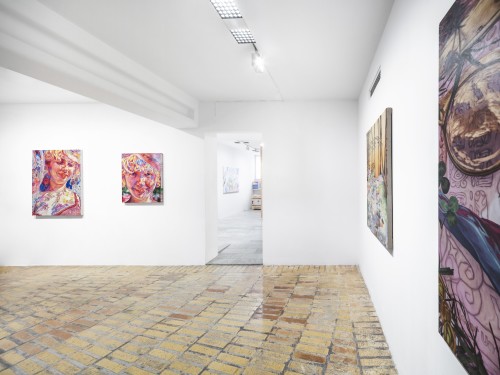 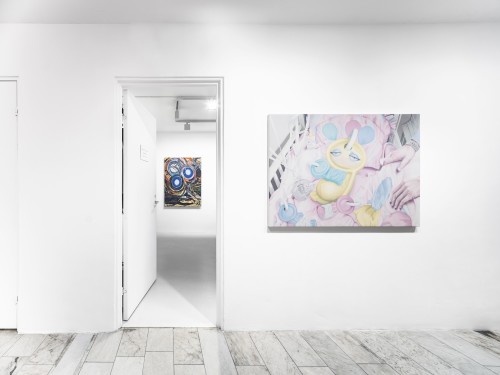 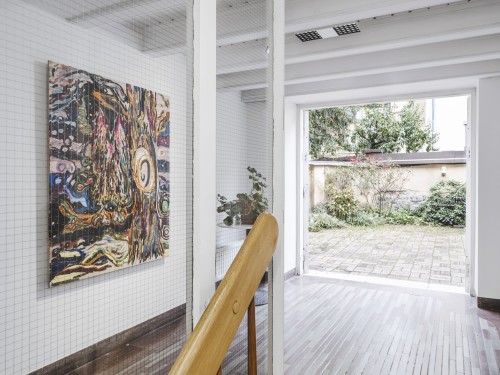 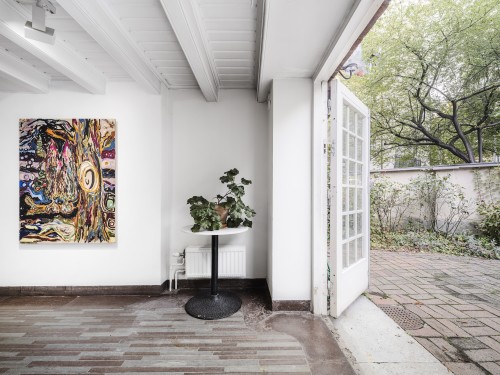 Hours later, after fasting and prayer, I light candles and converge upon myself. Here in privacy, I become witness to my own small murders, the objects I’ve nailed down and tried to make stay put. Here I find the tiny seed planted by all I have earlier seen, which now gnarls itself intricately within me such that we create an entirely new seer, seeing entirely new sights.

For you, for now, I will call it psychic distance. And that’s funny—what distance is there in the psyche, in an intangible medium, something feather-light and paper-thin? None, really: the journey from me to what becomes me is without substance. But transit is impassable. It takes no time and thus never begins. This is a picture of things that were always never the way I saw them.

And now I can see it all dissolving there so clearly—my memory looks just like how I remember it. Yes, naturally, it is distorted, but the infidelity of my recollection flatters my subject’s complexion. It blooms again as it never did in life, amongst my truest nature, which is to say, my head full of rubble—all of the memes and anxious debris that constitute my concerns. In this soil what I’ve seen in waking, grows again in darkness.

Well, now that we named it, the distance is making speaking to you quite difficult. Who am I to you, anyway? Who’s asking? Somehow I feel you looking back at me as I render you and I’m involuntarily decomposed and recomposed anew. You have a theory of my mind, and it becomes my mind the more we remain in proximity, no matter how far you may seem.

So, I’m going to leave now. Dinner is burning, and by dinner, I mean everything. Which is fine. I will be back. I don’t mean to give you the impression I’m pushing you away, it’s just that I will see you more accurately with the space to account for the blur of sensing—when your face is reclined against the back of my eyelids. As an intuition, you will be immensely lovable.

Psychic Distance: Powers of Observing Relationships brings together eight artists whose work questions the vantage points present throughout systems of relations, and how these vantage points are both compositionally essential and also fractious, incomplete, and shifting.

The term “psychic distance”, conjured throughout a lengthy history of literary criticism, aesthetic philosophy, and, more recently, international business relations, first referred to the perceived distance (or lack thereof) a reader feels from the subject of a narrative. Depending on an infinite cascade of variables: the creator’s intentions, the viewer’s personal experiences, and the context in which the subject is being portrayed, the objects of our observations might generate entirely similar or antithetical affect in the viewer.

Approaching the medium of painting as one which captures and codifies, the artists in Psychic Distance invoke relational systems through explicit interrogations of their own perspectives of the complex relationships they perceive as artists and subjects. These psychological portrayals presented as figurative or landscape paintings are not united by their art-historical typology, but rather by the perceptive powers themselves that underpin the genesis of the work.

Holding the viewer tight like a close whisper, these artists describe hidden entanglements present in human experience, between dualities inside oneself, among individuals or groups, as well as between nature and humanity, deploying new symbolic systems to clarify that experience, almost as a means of demonstrating its preciousness, while being careful with apotheosizing such that it’s out of reach.

In Coattails, Alex Gardner’s faceless figures weave into the cloth of one another in shimmering gradients, a close shot of a liminal loss fastened to stillness, slick with ambiguities which proffer few answers and vague wonderment at the relentless passing of moments between shared lives. There is a closeness apparent in Hannah Lupton Reinhard’s relation to the female figures she portrays. The subjects of her paintings are steeped in color, pattern, ornament, in an over performance of femininity that is at once beautiful and nurturing, desirable and chilling. The purity Lupton Reinhard evokes envelops the viewer in the saturation of the moment she shares with her subjects and are portrayed with a playfully mischievous awareness of their being observed. Anja Salonen’s Sun Eater stares straight at the mirror, the viewer and artist sharing the face as the nucleus of the sensible, from which we might fold into ourselves (and that of which we are made) such that we might metamorphose outward into an effectual hole, a lightness which unites us all.

The works presented in this exhibition by JPW3, Olive Diamond, and Gwen Hollingsworth eschew figuration in favor of more allusory forms of nature and landscape which together map their way back to the artist, closing gaps by blurring boundaries between nature and human experience. The works of Lindsey Lascaux and Henry Gunderson diagram nostalgic motifs of fantasy and doom, the anodyne and the disquieting, to sift through the symbologies that point us in the direction outside of ourselves and relate us back to an inner truth that brings about new ways of looking at contemporary existentialism.