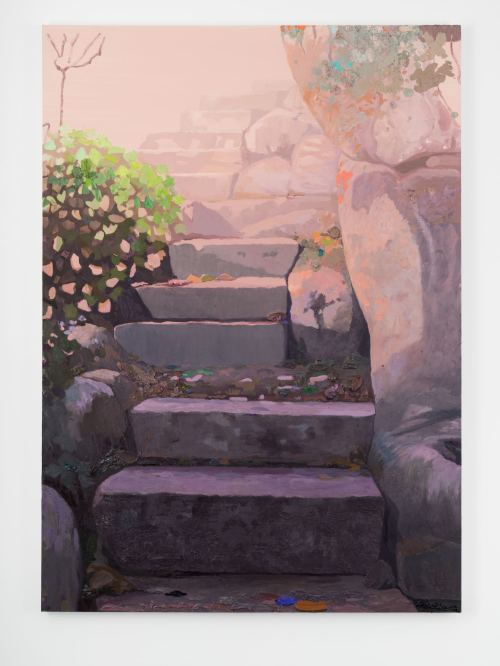 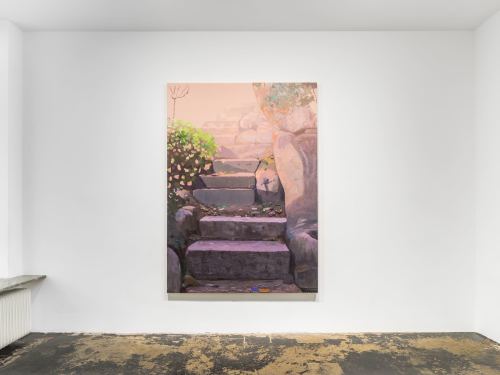 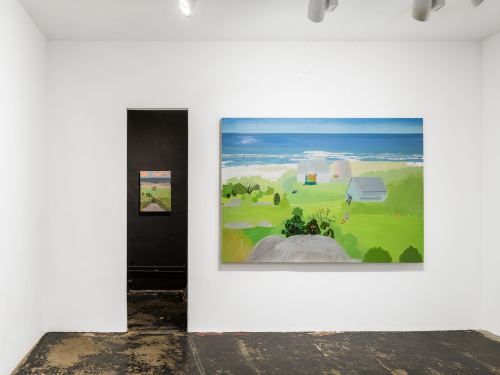 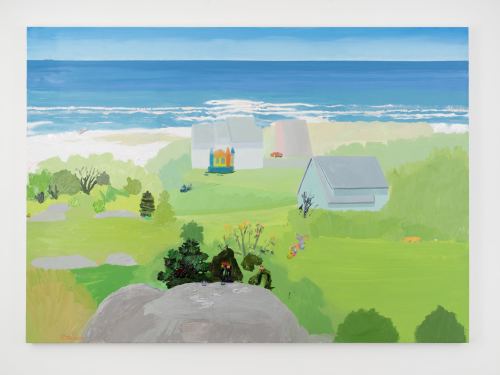 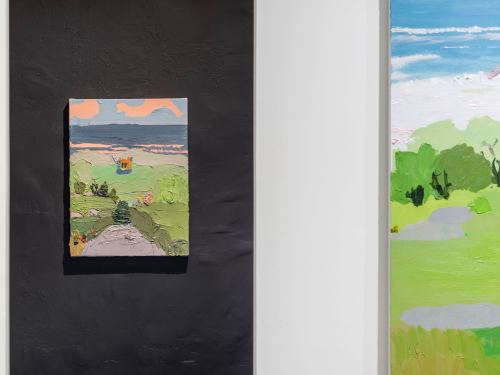 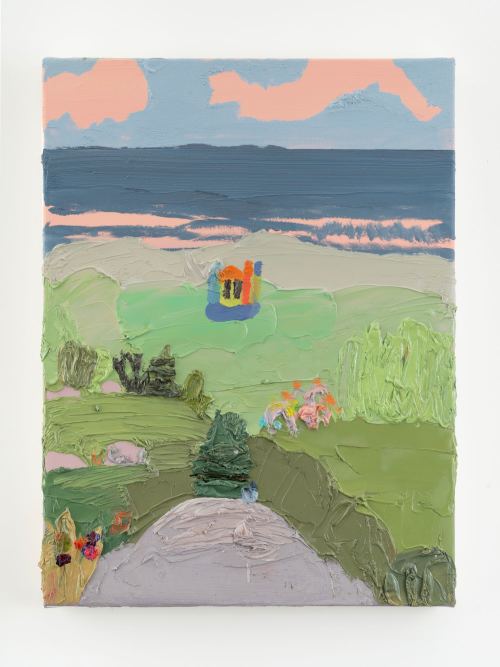 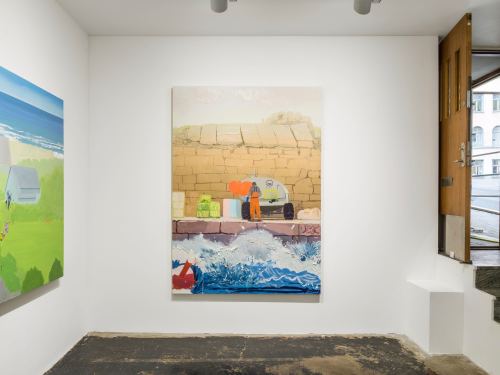 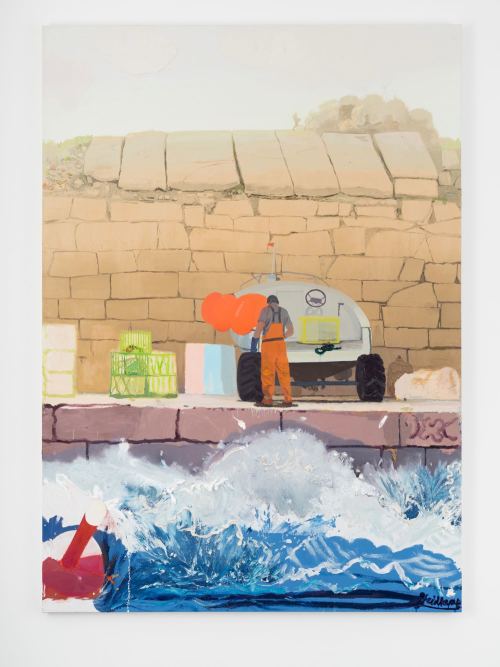 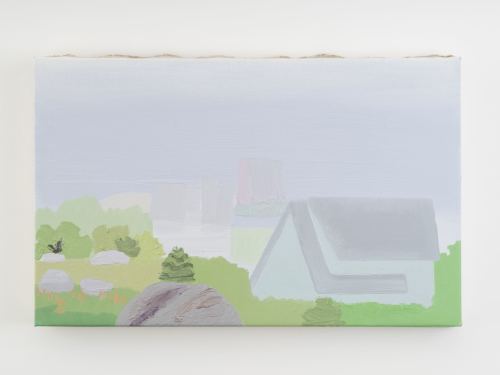 In continuation of the project started last year, and exhibited with Pace Prints, this group of paintings uses imagery derived from observational painting on Cape Ann in Massachusetts. Like the earlier project, these paintings feature imagery from two recent summer stays in the art historically important city of Gloucester, while the current group also includes imagery from my recent winter outing in the adjacent town of Rockport, MA.

The main industries in Rockport are lobster fishing, granite rock quarrying, and of course art tourism. In late December I stayed in an oceanside house overlooking an active lobster boat marina, and flanked by a rock quarry loading area. These scenes served as the jumping-off point for the painting ‘Warp the Wharf’.

In this series I attempt to pump up the elements of naturalism that have appeared throughout my work—a sense of light, temperature, the texture of stone, deep open space, splashing water, foliage, and the ground. Working on large canvases I am able to maneuver the internal scale, where stone steps become larger than life, waves crash below the viewers’ feet, and miles of horizon stretch across the wide picture plane. In places the naturalism gives way to surrealism and psychedelia. DayGlo orange lobster buoys ooze and balloon into strange bulbous shapes, a rainbow colored bounce castle is lodged against an overstuffed beach house, families of trees partly conceal various wildlife: a dog, birds, a snake, a lobster, a whale? And a canoe-shaped native tobacco pipe is hidden in the rocks.

The idea of ‘inflation’ is important here: buoys, the bounce house, monster truck tires, inflatable houses? inflatable rocks? I want everything to look like it could burst, float away, or crash. With this project I’ve used some of the elements of the tradition of maritime seascape painting that this picturesque region is known for, but instead I popped the port, warped the wharf, pumped the peninsula, and painted.

Daniel Heidkamp (1980, Wakefield, MA) lives and works in Brooklyn, NY. He received his BFA from School of the Museum of Fine Arts, Boston, MA in 2003. Following his acclaimed 2014 exhibition at White Columns in New York, ‘Art in America’ drew a comparison between his work and the Barbizon school of painting, the movement for realism in 1800’s France. For his followup exhibition, Heidkamp travelled to France to dig deeper and explore that history, traveling to the same scenes, landscapes in Barbizon, painting ‘en plein air’, and showing those works back in New York at his Half Gallery exhibition, Barbizon Beauty School.