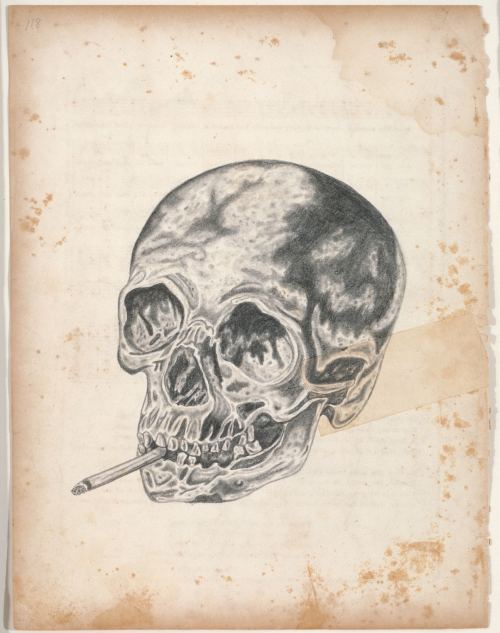 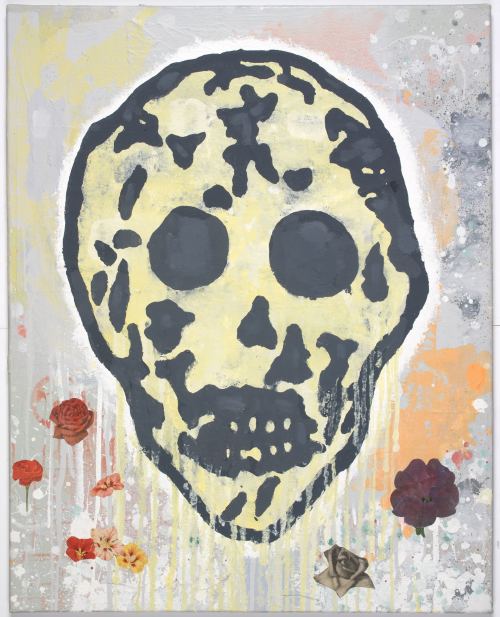 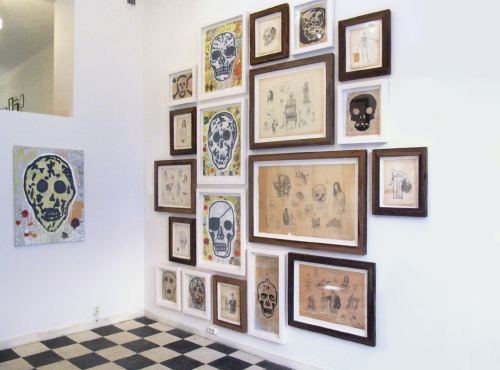 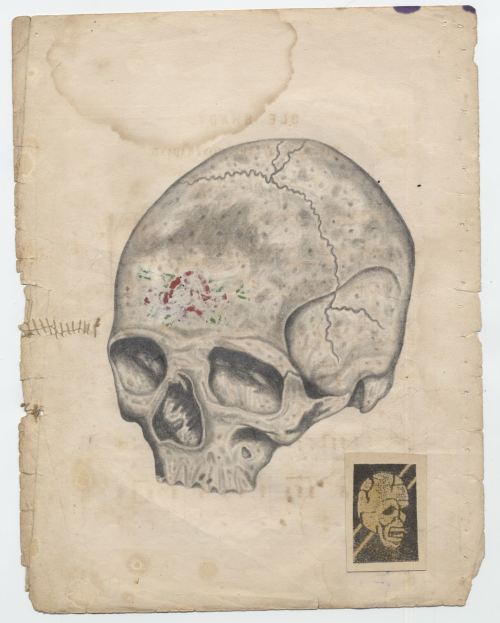 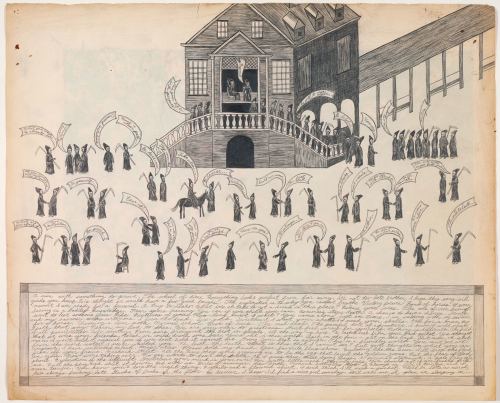 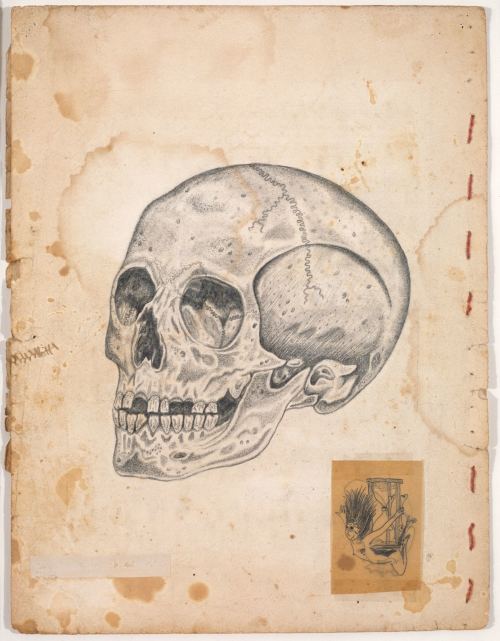 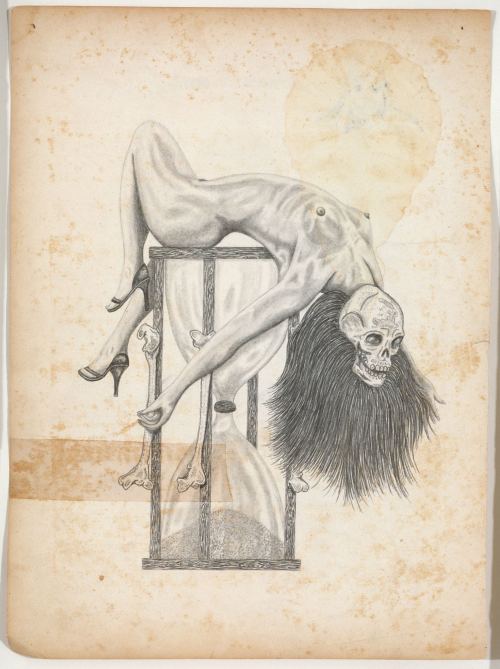 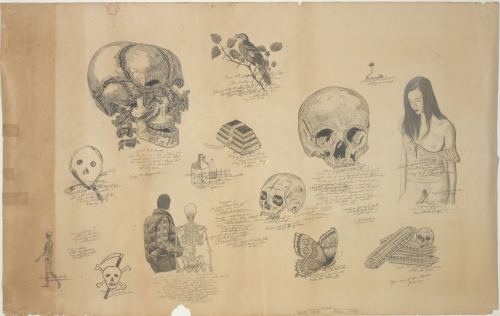 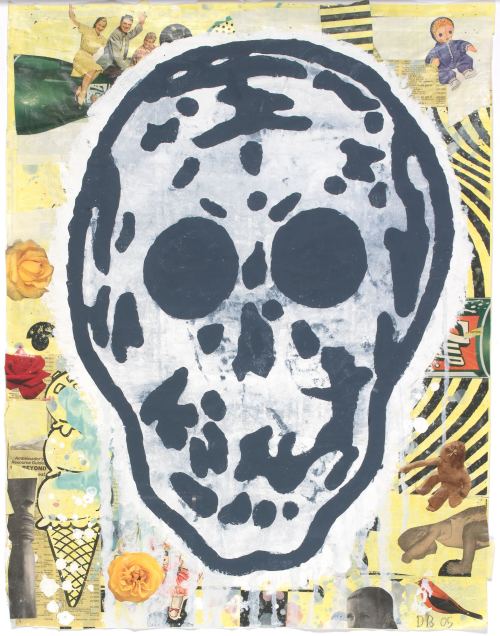 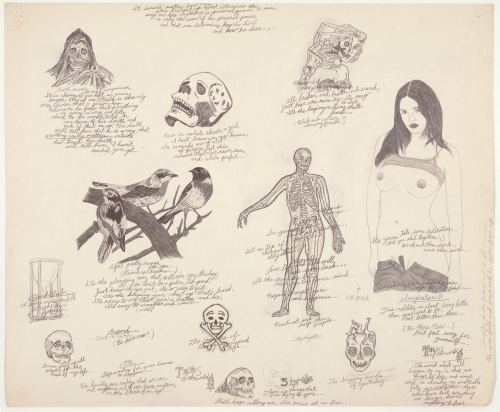 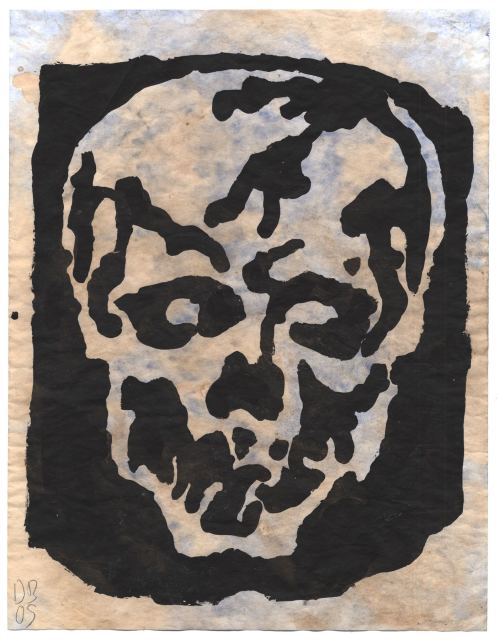 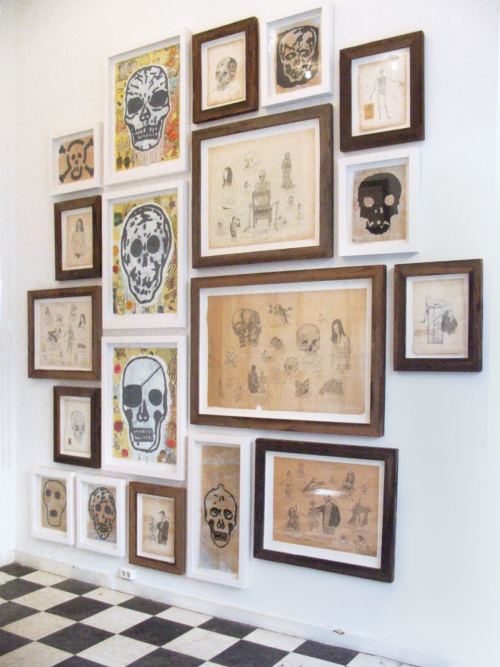 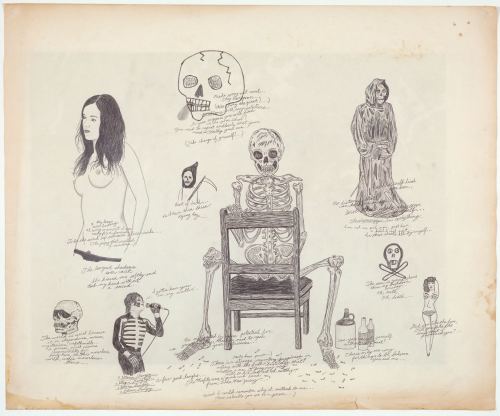 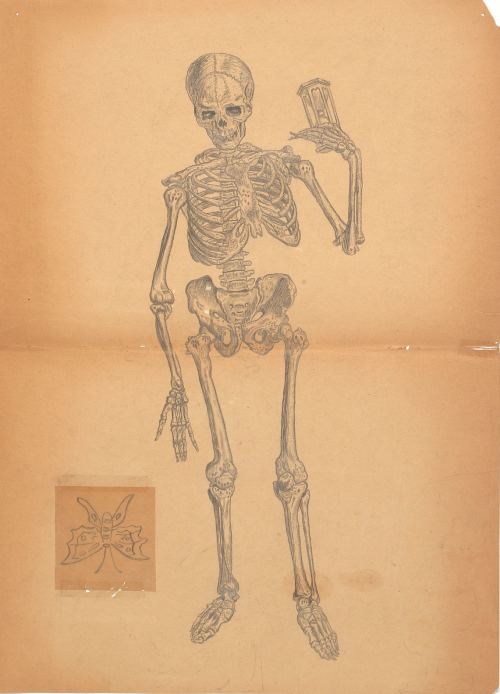 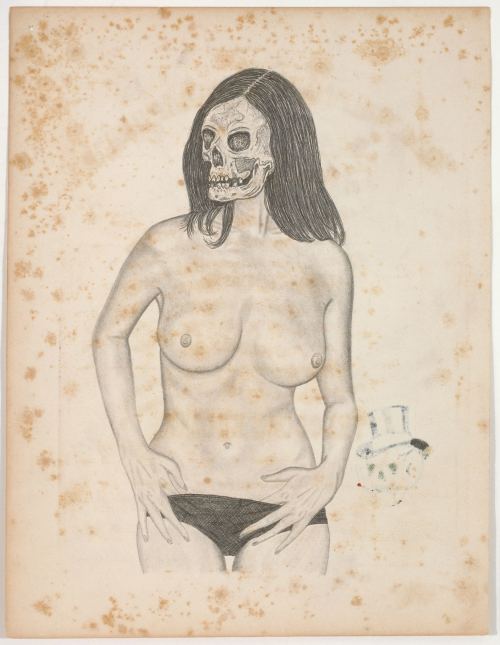 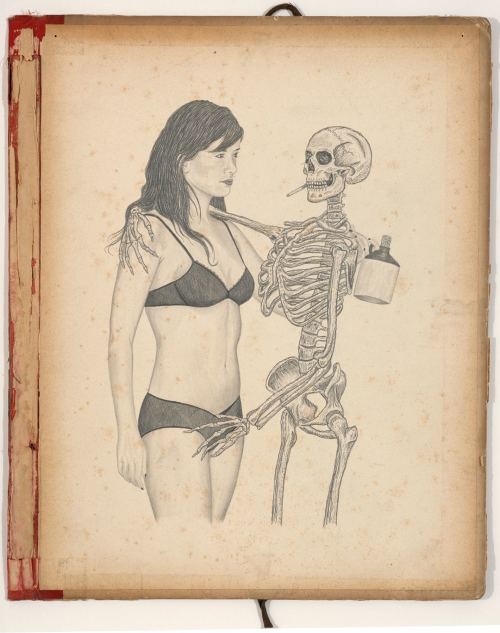 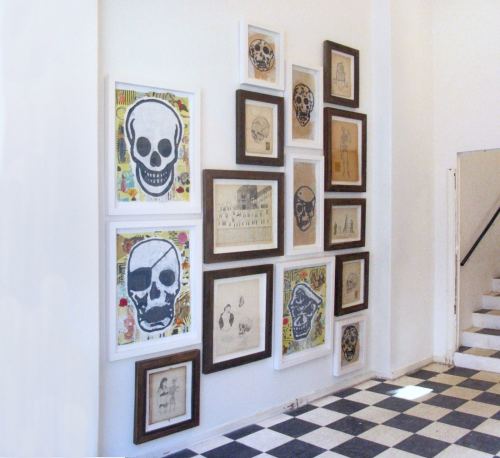 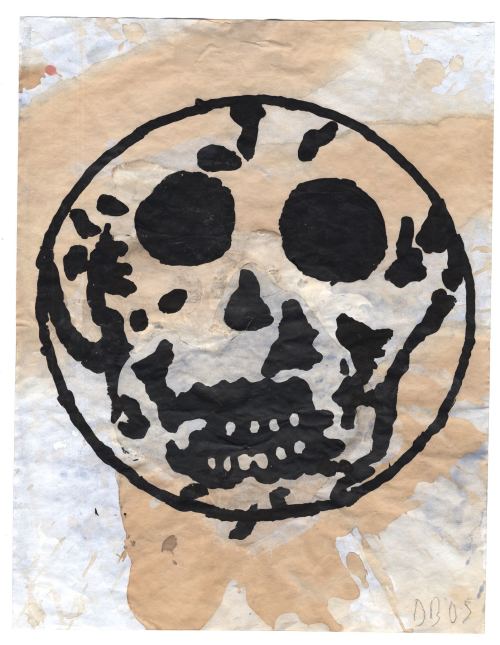 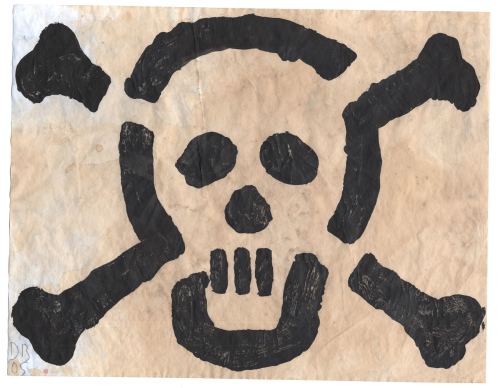 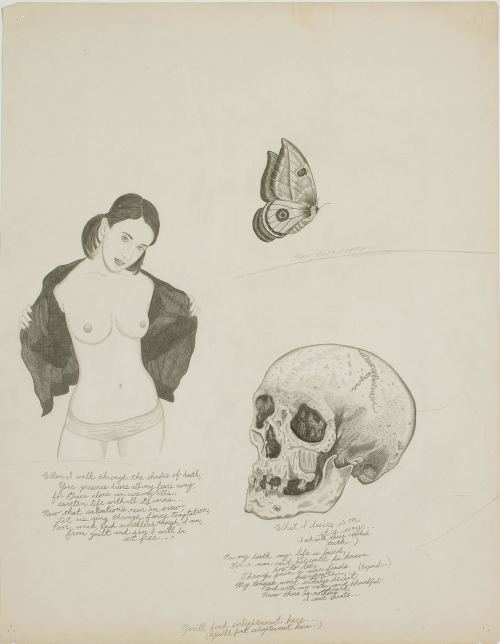 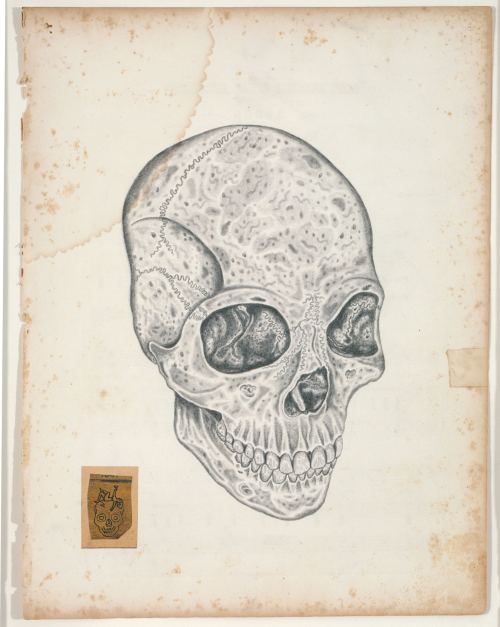 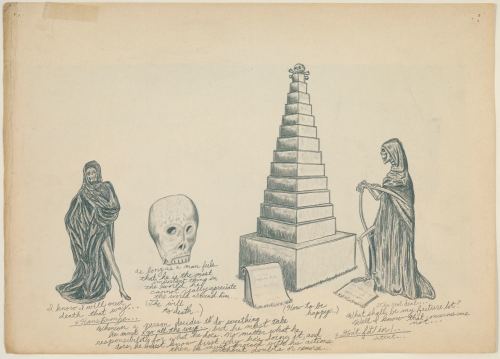 This is the first time the artists Wes Lang and Donald Baechler are exhibiting together.

Wes Lang’s lusciously detailed pencil drawings of skulls are partially autobiographical. There is a playful- ness in the imagery and the skeletons seem to be enjoying themselves, enjoying the life they had. “The drawings are mostly about accepting the inevitable and making the most out of the short time we have on this wonderful planet.” say Mr. Lang. ”This group of drawings are made in remembrance of my dear friend Dominique Pandolfo.”

When asked why he wanted to do this show with Baechler, Lang posits, “He will prove to have a lasting influence on younger artists and he still has his hand on the pulse of what they are doing.”

Donald Baechler is inspired by the universal imagery that appears throughout the world in popular culture. From amateur drawings to hand-painted signs and advertisements, he works from a vast library of images. This series of paintings and collages focuses on one of the most popular images, depicted in tattoos, war- ning signs, and poison bottles: The Skull. The painted skulls float on playful collage backgrounds, which creates a cheerful seriousness that often underlies his work. ”I have an attraction to melancholia and also to a kind of ridiculousness and absurdity. I like to mix the comic and the serious into one sort of big soup.”

Last spring Wes Lang had his European debut here at Loyal with his solo show, “American Beauty”. Since then he has completed a solo exhibition entitled “The Promised Land” this fall at ZieherSmith in New York. And he was recently included in a group show at Andrea Rosen named “Looking at Words” and his work has recently been acquired by the Museum of Modern Art in New York.

Baechler was born in Hartford, Connecticut in 1956 and came of age as a painter in the early 1980s when he began exhibiting internationally. His work is in the permanent collections of the Museum of Modern Art, The Whitney Museum of American Art and the Centre George Pompidou, Musée National d’Art Moderne, Paris, among others.