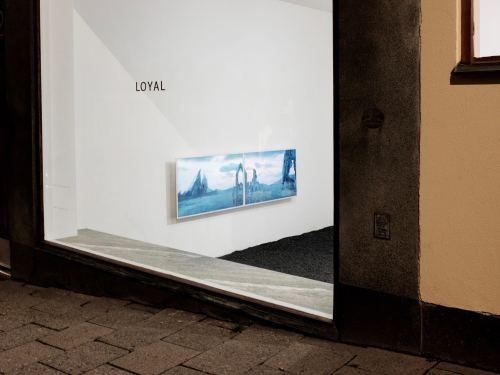 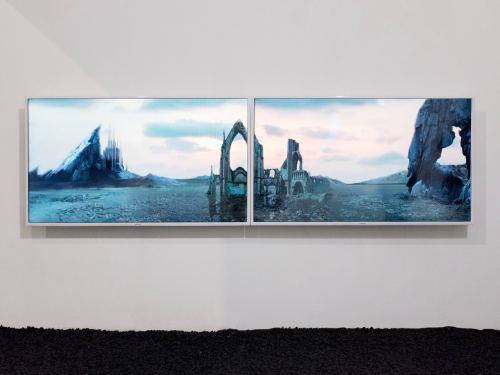 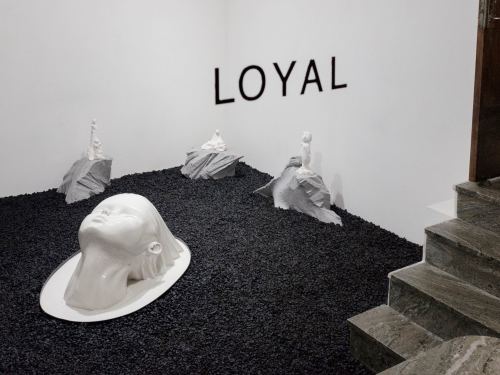 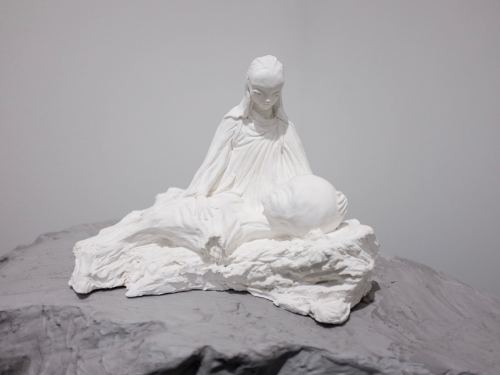 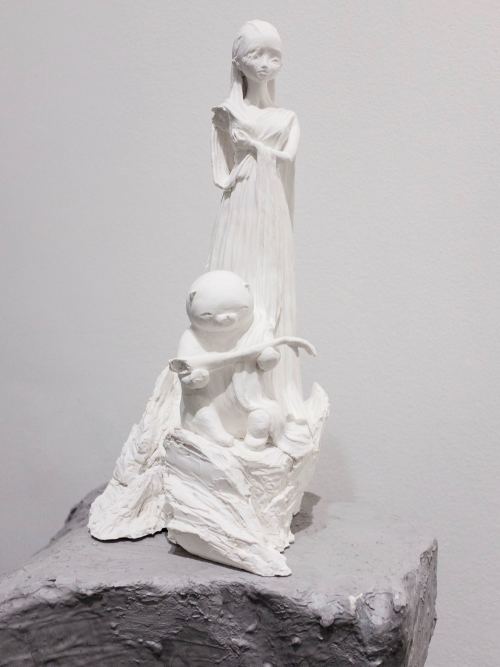 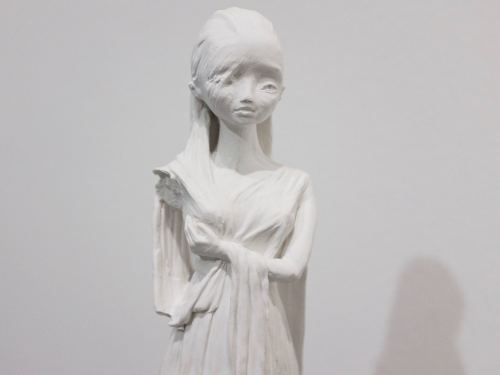 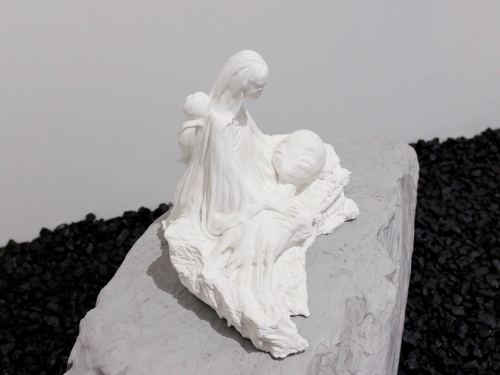 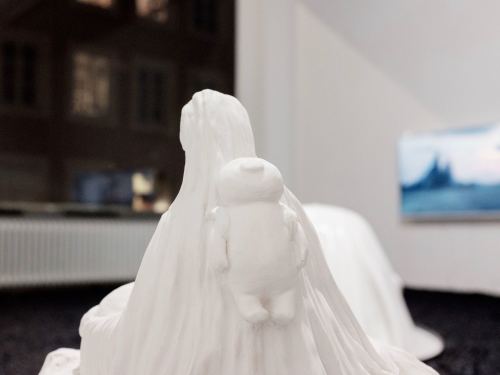 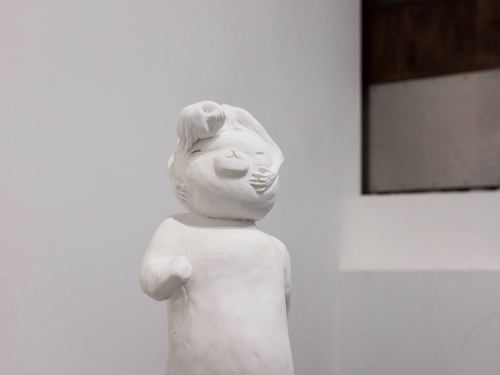 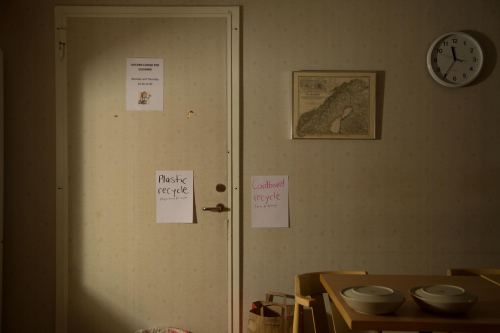 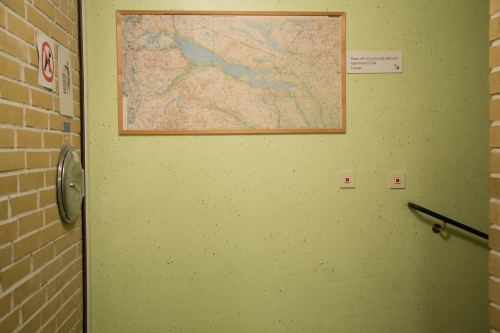 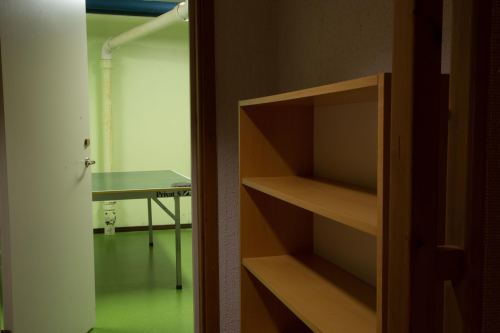 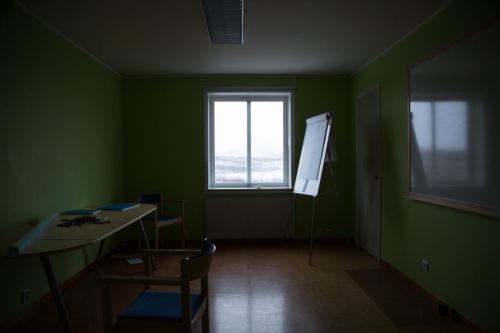 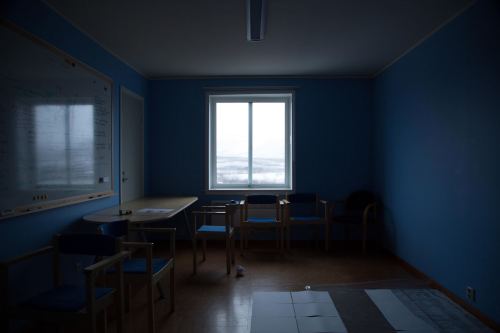 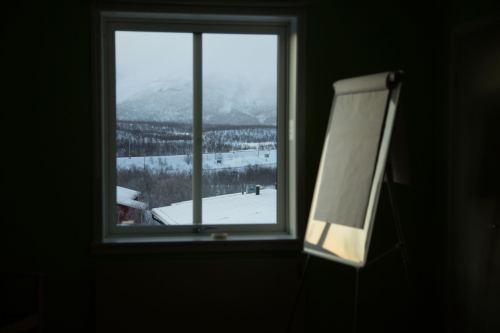 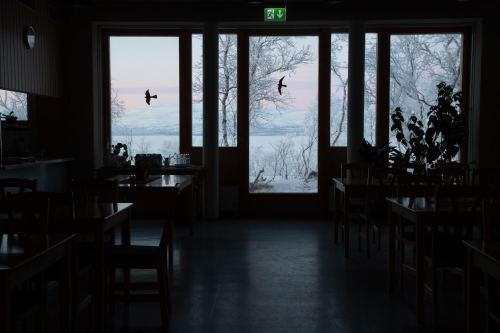 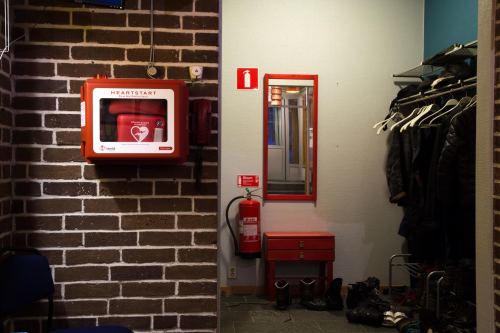 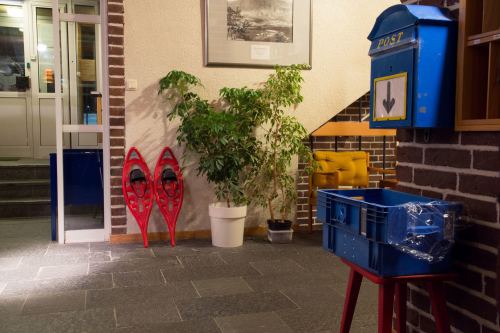 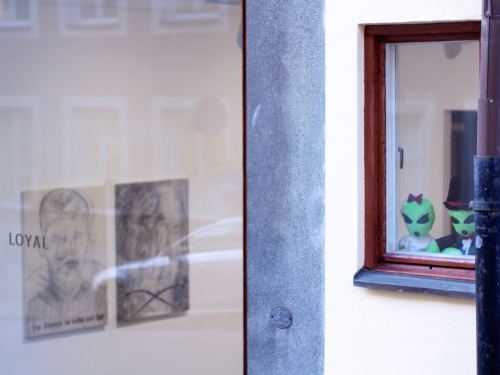 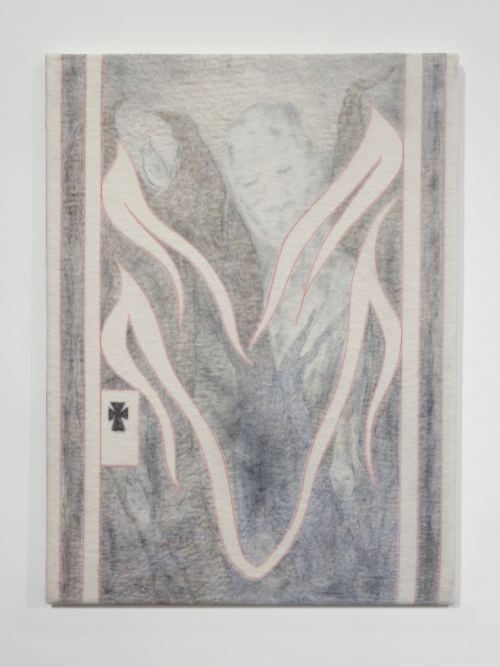 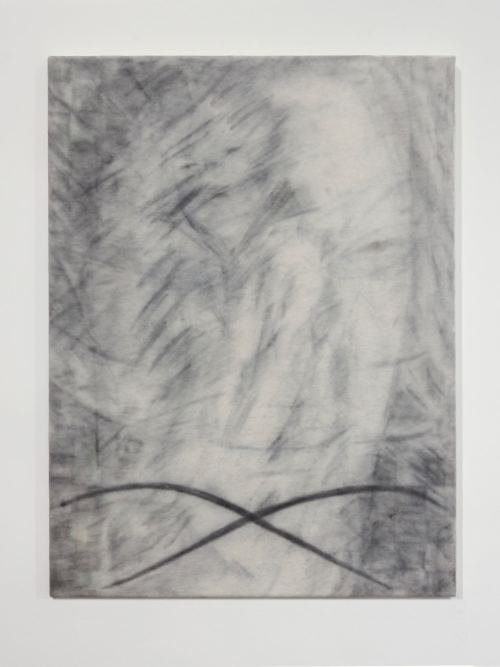 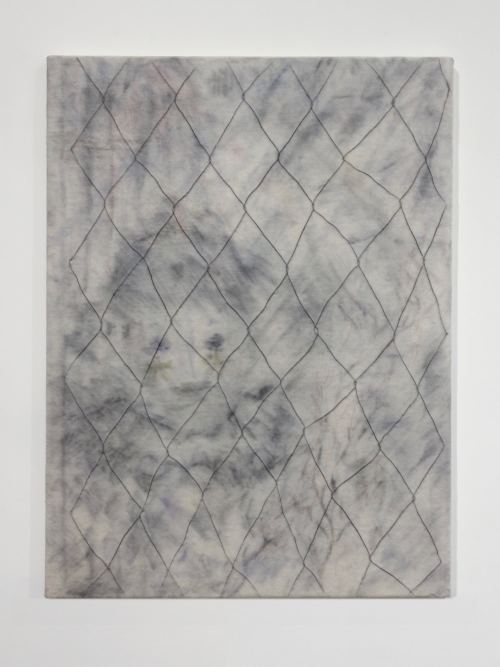 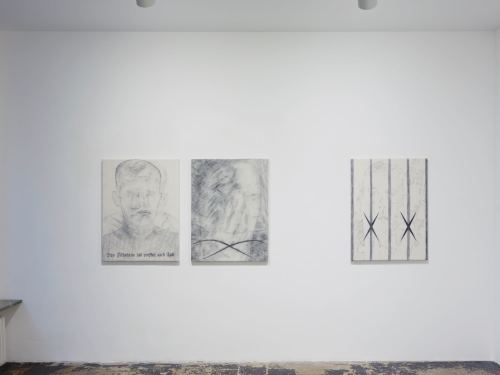 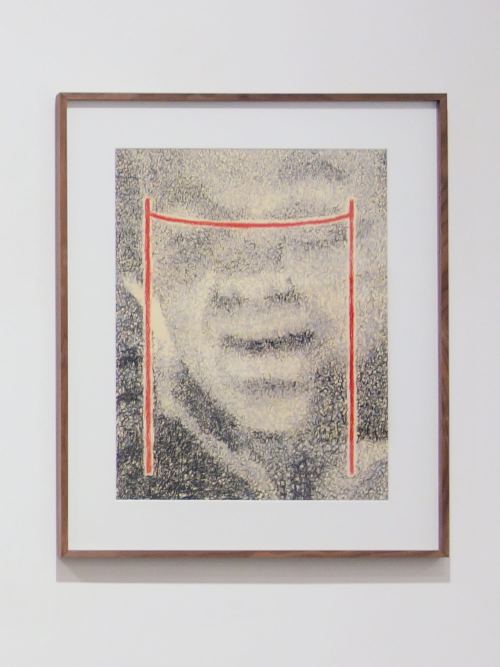 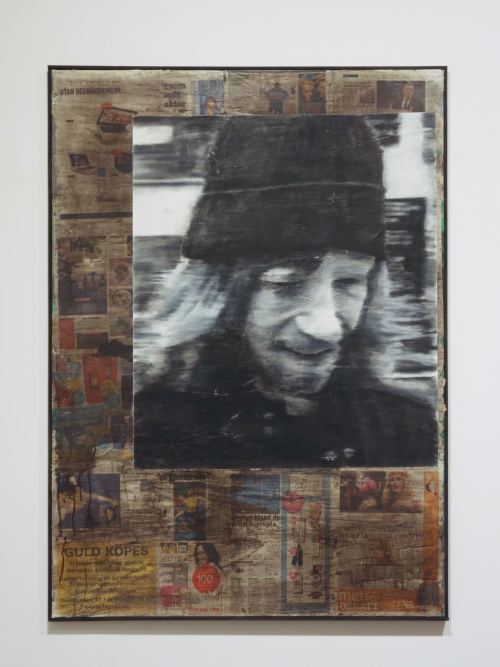 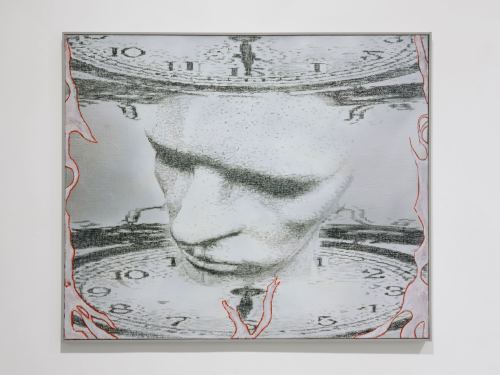 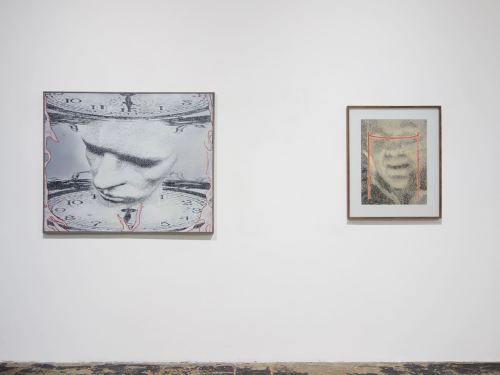 Loyal presents Svensk konst, a series of 4 one week solo exhibitions of artists working in Sweden.

Call of Heart became one exhibition divided into chapters. The characters are on a journey. In the first chapter they walk in a desert landscape, this environment is safe, calm and quiet. In the next chapter time has passed and the landscape is different, more hostile. In the middle of these two chapters something has happened to the characters, yet we never see it.

Call of Heart, Chapter I
Eir is leaning her body trustfully to the vigorously warm wind while walking, the wind is keeping her body from not falling in the burning sand. Sötebjörn is tightly strapped around her chest with thick ribbons. Sötebjörn is her eyes. Eir’s have been damaged from the burning sand that strikes upon her face. Sötebjörn occasionally whispers to Eir, describing the landscape ahead, telling a story or humming on a song. Eir and Sötebjörn don’t know where they are going, they follow the Call of Heart, The burning Sun softly sets behind the dunes, leaving them alone with darkness. Sötebjörn whispers to Eir that its time to rest. Sötebjörn’s body turns into a nest through a slow transformation. Inside Eir falls asleep.. Time passes. And their journey continues.

Call of Heart, Chapter II
Eir wakes up.. It is cold and dark. All around them are large black rocks and mountains that rise towards the sky. Eir reaches her hand down to feel her legs. They are not there anymore. Torn off. Sötebjörn will carry her through the hostile terrain from now on. Eir and Sötebjörn know that her legs will grow back, but not until they get past these lands. Nothing can grow and recover where they are right now. On their way forward they walk alongside old ruins and monuments of old memories and dreams. Here in the middle of the ruins they found a creature, all its limbs are ripped off. Eir lays here, hand upon the creature’s chest and whispers a meaning similar to our everything is going to be alright.

Diana Agunbiade-Kolawole (1988, Nigeria) lives and works between Stockholm and London. She received her MFA from the Royal Institute of Fine Art in Stockholm, Sweden in 2017. She also studied at École nationale supérieure des Beaux-Arts, Paris in 2016 and completed her BA in Photography in 2010 at Kingston University, London and did her foundation in Art and Design at Richmond Upon Thames College. Recent exhibitions include Gone Fishing, Gävle konstcentrum, Gävle, Sweden; Morning After Breakfast, Folk i Skärholmen, Stockholm, Sweden; Back to Me at Tometeboda, Stockholm, Sweden; Real Light Fluffy at Galleri Mejan, Stockholm, Sweden; Modus Operandi at Galerie Gauche / Galerie Droite, Paris, France.

This series of photographs were taken from inside the Polar research station Abisko Naturvetenskapliga between January and February 2017 whilst on an artist resident there. Abisko, located about 200 km north of the Arctic Circle in Sweden is the leading research base for collecting data for global warming studies. When the photographs were taken, the polar research station by temperature definition is outside the Arctic Circle due to the temperature exceeding 10C (50F) in the warmest month of the year (July).

Anders Johansson (1979, Uppsala, Sweden) lives and works in Stockholm, Sweden. He took his MFA at Valand Art Academy in Gothenburg, Sweden in 2011 and his BFA at Umeå Art Academy in Umeå, Sweden in 2009. Recent exhibitions include Floating on a Sea of Smiles, a two person exhibition with Alfred Boman at Vita Rosen in Gothenburg and a solo exhibition at Yoga Center in Gothenburg. Recent group exhibitions include Cruising: part one and two curated by Daniel Iinatti and Häxkitteln at Carlsberg Byens Galleri och Kunst Salong in Copenhagen.