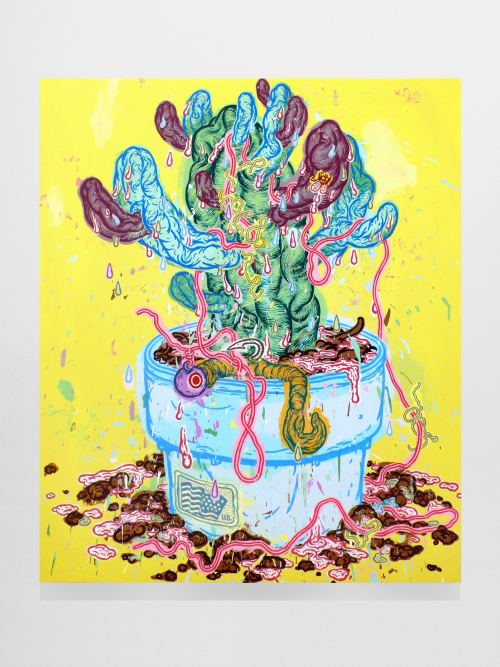 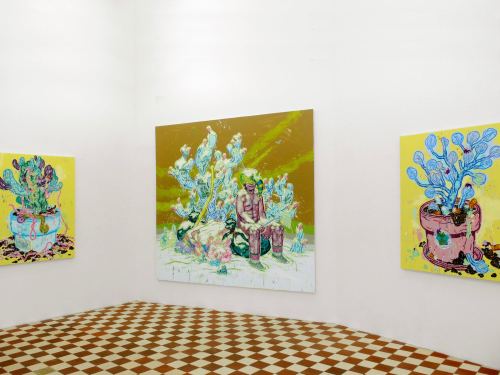 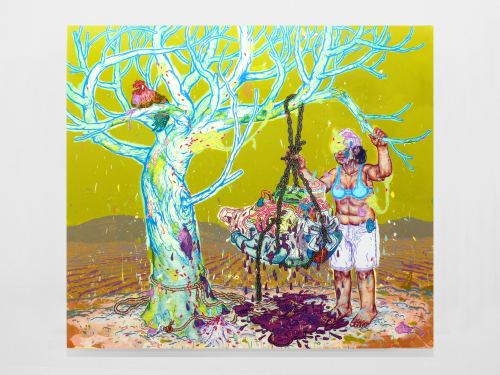 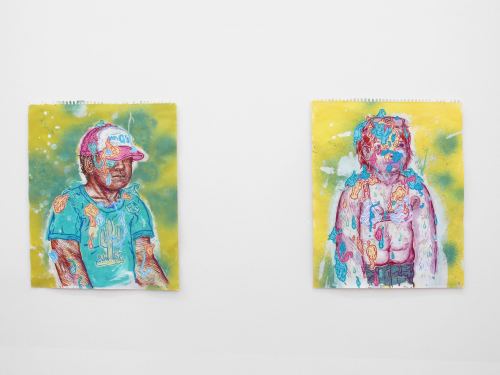 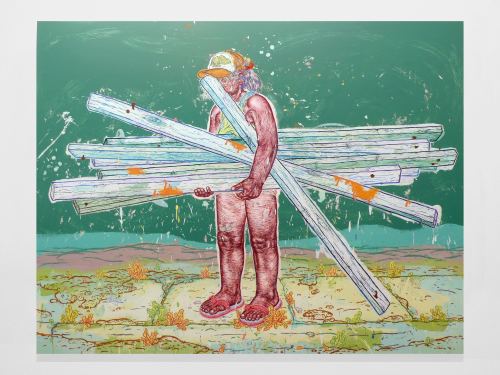 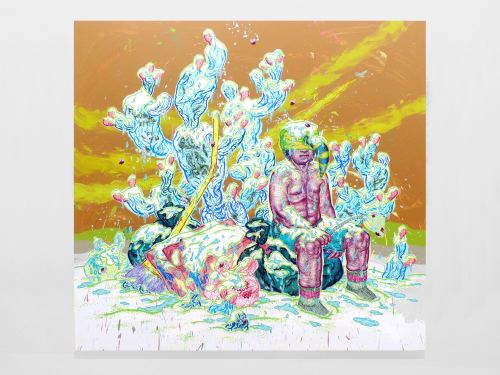 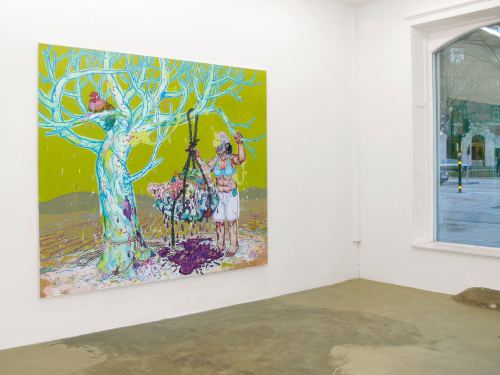 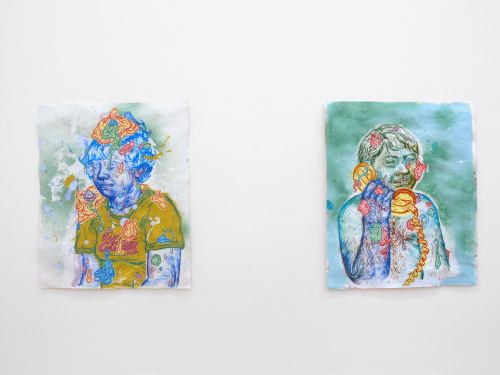 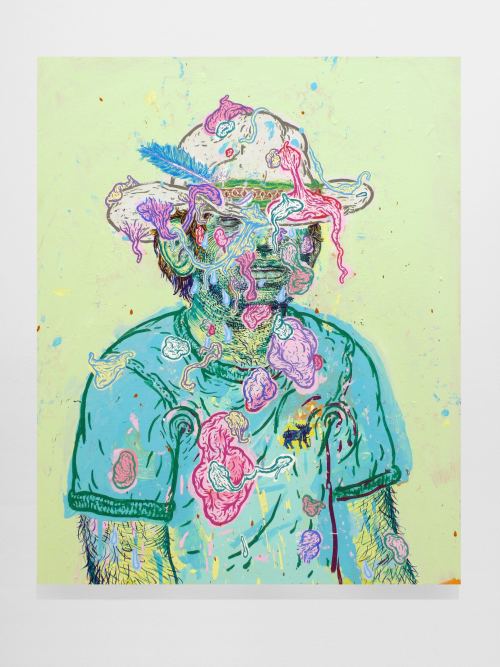 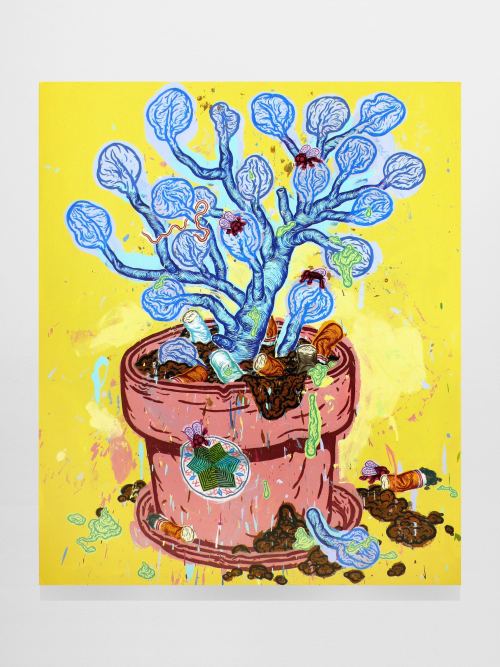 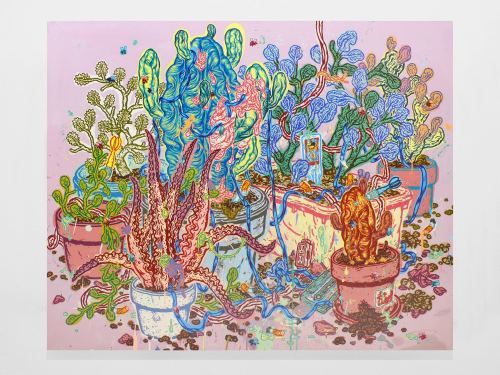 Loyal is pleased to present the exhibition Sweet Dreams of Phoenix, a new group of paintings by American artist Taylor McKimens.

The figures in Taylor McKimens’ paintings could be described as grotesque. These bloated creatures with hairy, sweaty flesh, bulbous noses and lumpy butts are humanity in all its vulnerable glory, full of everything we try to hide and suppress. In this crumbling world of rot and decay, piles of trash ooze slime and engine oil drips onto a landscape.

Through his careful renderings it becomes clear that McKimens finds this all quite beautiful. Whether it be a spat out gob of chewing gum or a squirt of ketchup on a greasy burger, McKimens drafts an effective graphic device out of this modern deterioration. Painted in a paradoxically cheery palette of sun-bleached and vibrant pastel colors, McKimens shows us his compassion.

Within one painting McKimens moves from his signature graphic form to a great painterly expression. McKimens’ visual background was formed by the mass media imagery of comic books, MAD Magazine and Garbage Pail Kids. From this tradition, along with his formal art training, McKimens further breaks down the barriers bet- ween comic art and fine art. Think R. Crumb’s candid humor and surreal storytelling with Ivan Albright’s super real detail and portraits of decay.

Taylor McKimens (1976, Winterhaven, Arizona) after graduating from Art Center College of Design in Pasadena, CA, McKimens first exhibited his work in the Rich Jacobs curated MOVE shows at New Image Art Gallery in Los Angeles where he also had his first solo show in 2001. Since then he has completed two solo exhibitions at Clementine Gallery in New York and has exhibited at Deitch Projects, New York, Annet Gelink, Amsterdam, Perugi Arte Contemporeana, Padova, Italy, among others.