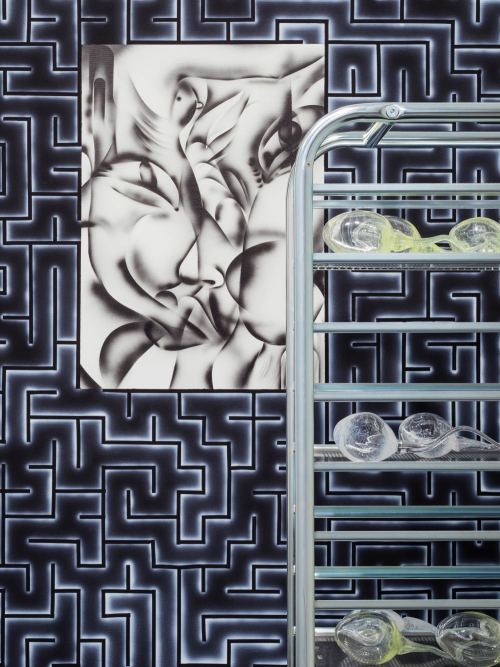 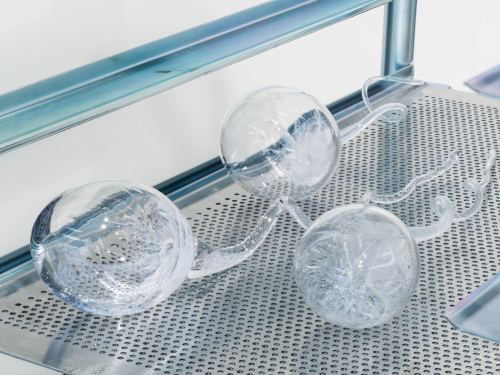 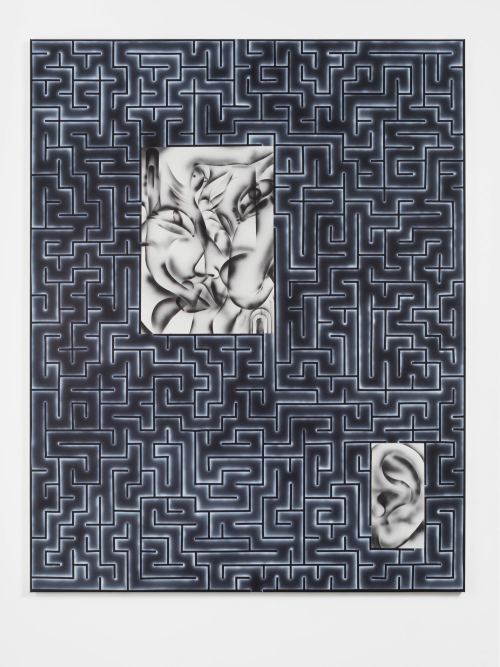 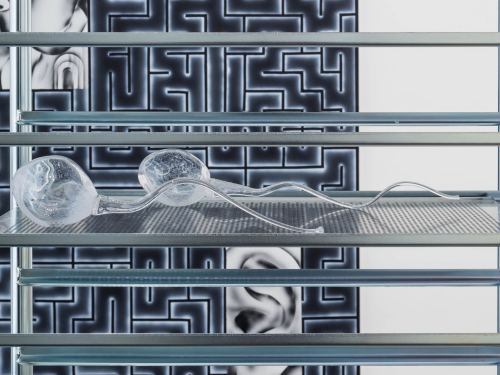 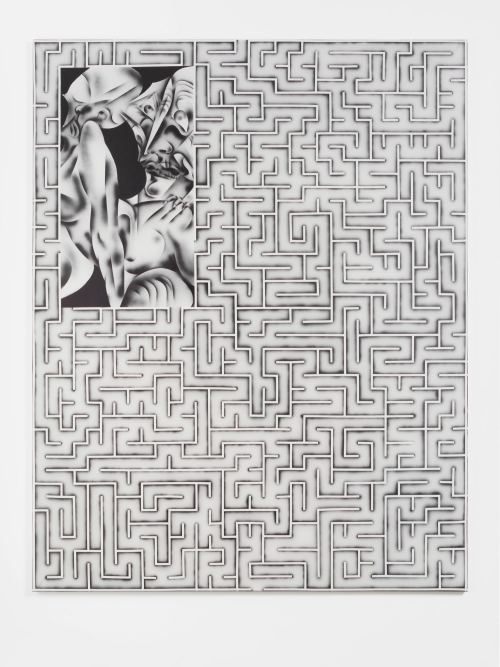 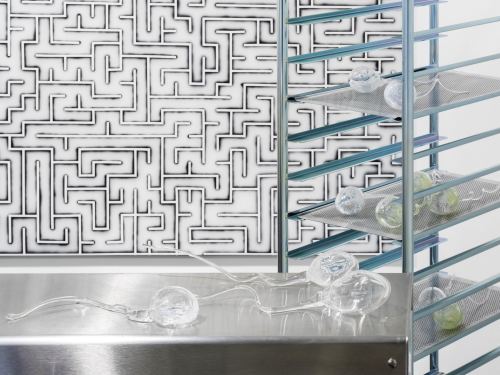 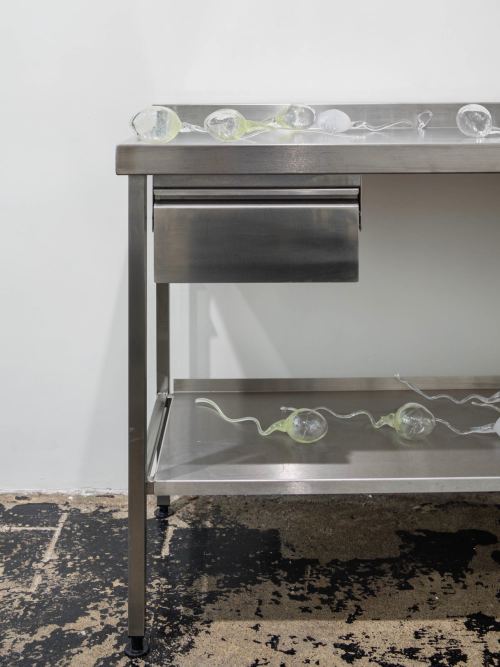 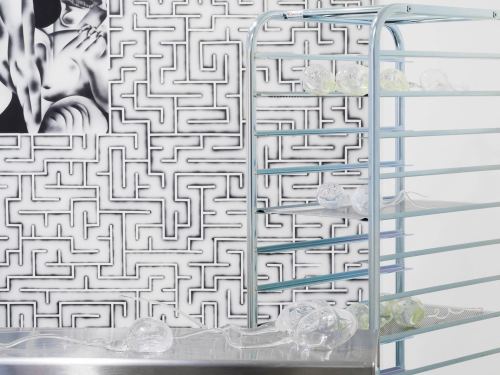 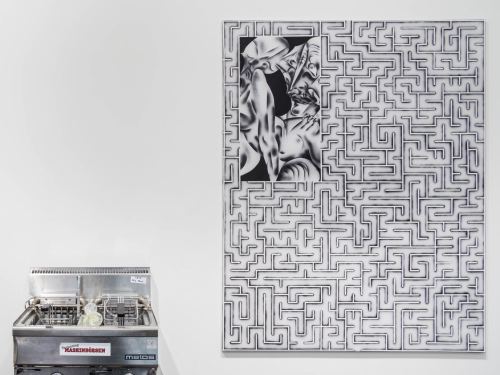 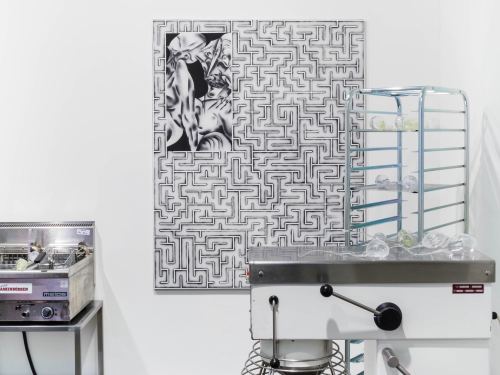 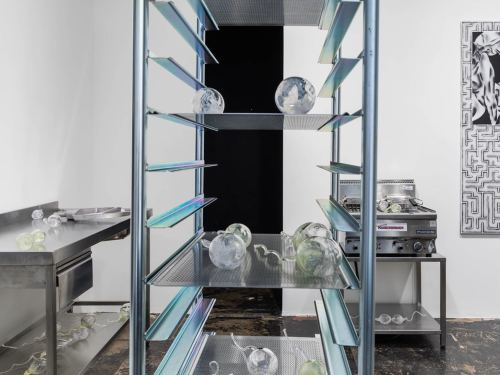 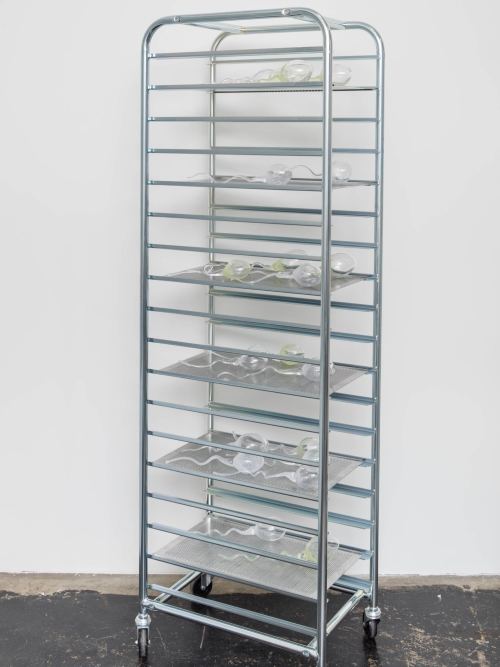 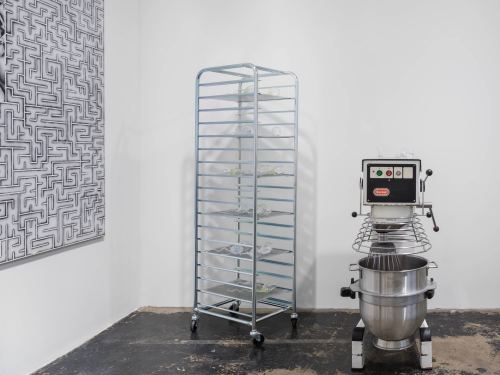 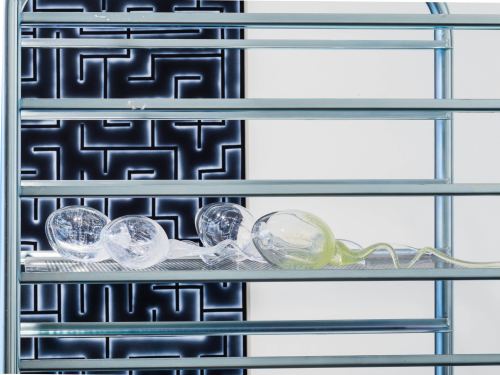 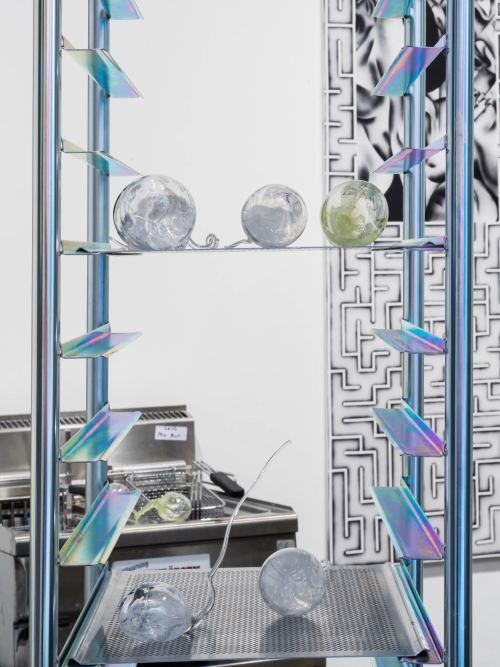 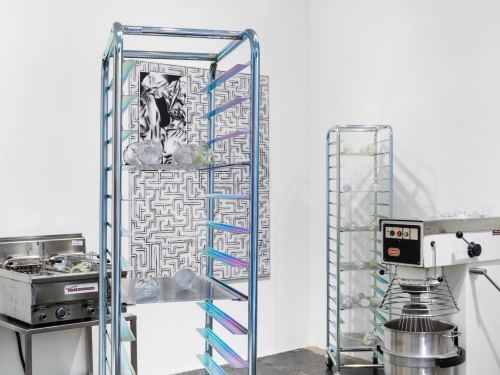 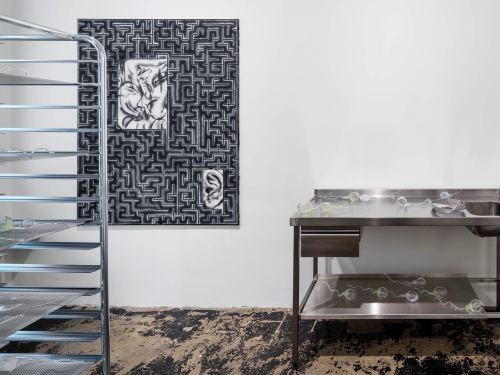 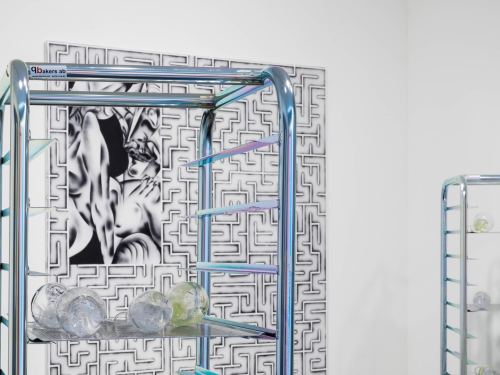 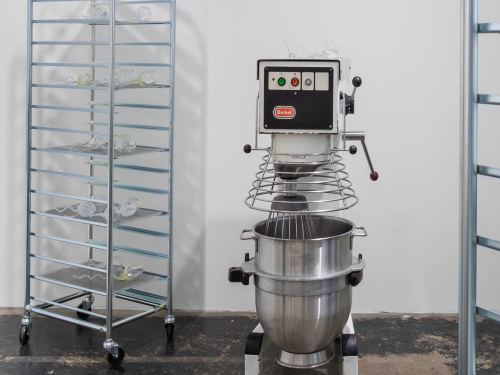 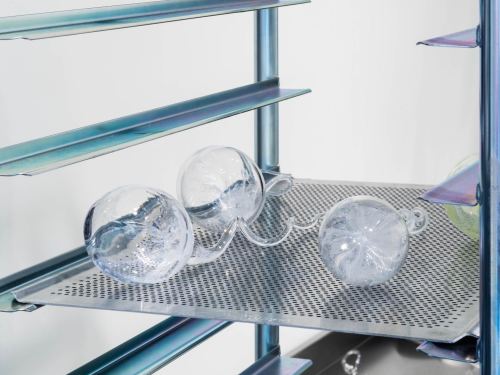 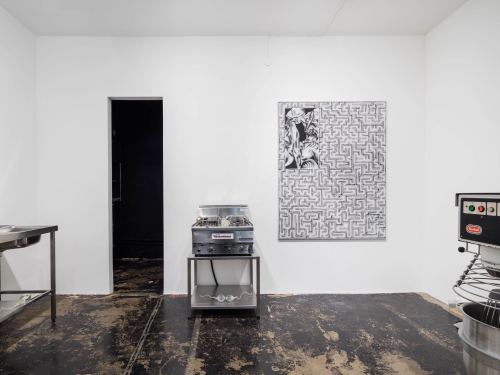 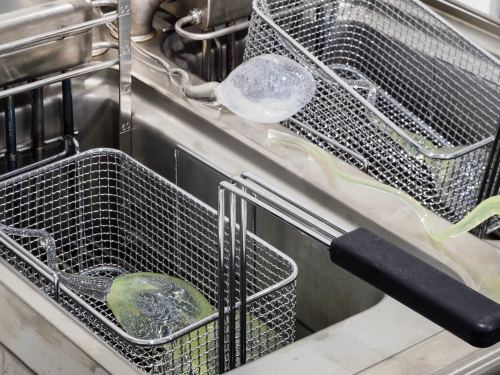 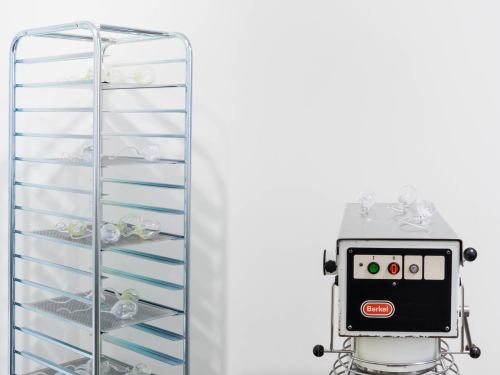 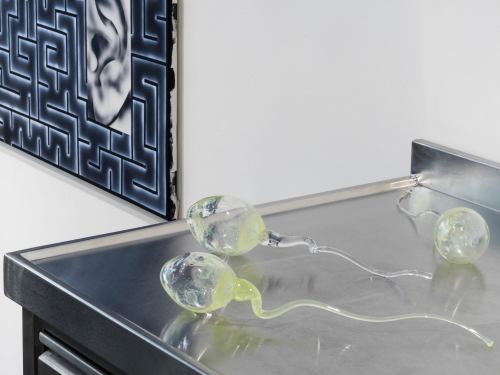 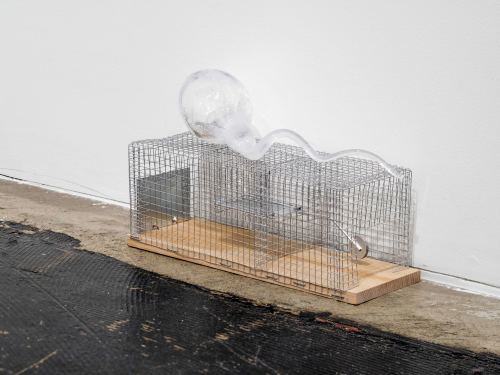 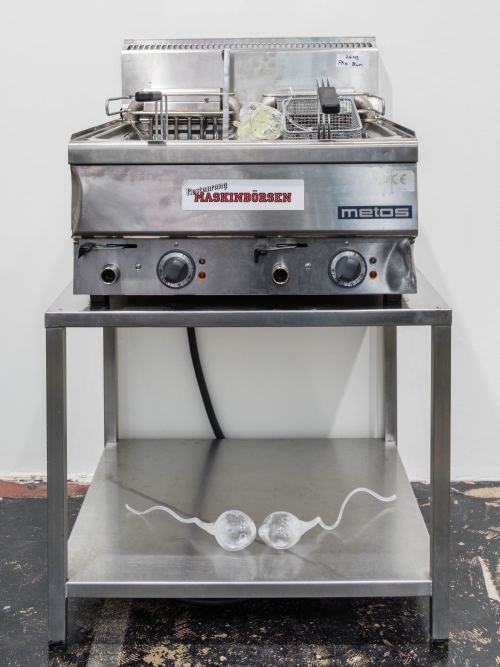 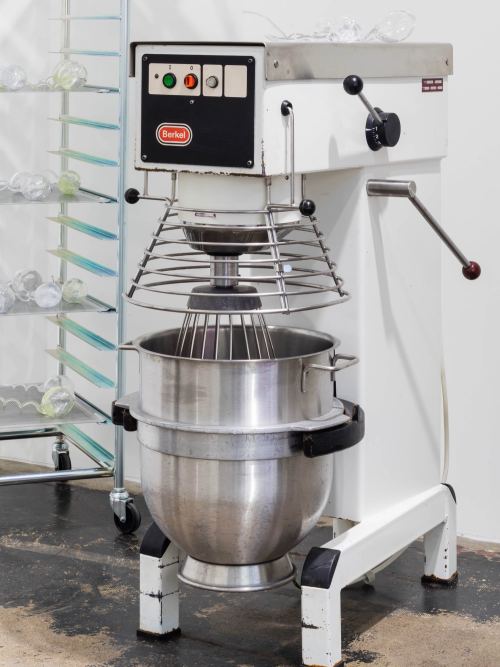 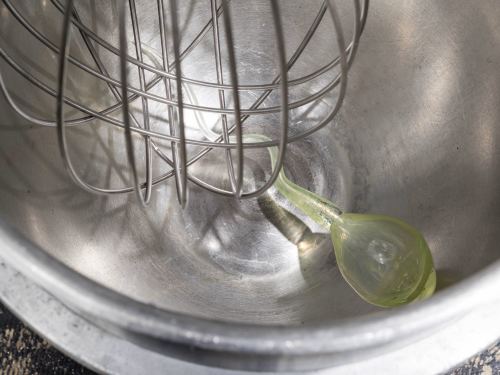 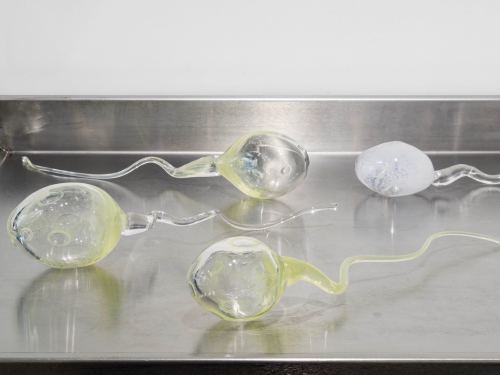 Loyal is pleased to present Zoe Barcza’s first solo exhibition with the gallery.

For ten days, a fresh egg was Zoe Barcza’s best friend. Her other friends were all in school. She found the special egg at the restaurant where she worked, in a cardboard package among many others almost like it. It was vaguely bluish, just like the inside of Zoe’s arms, or the light falling on Zoe’s sheets in mid-morning, when Zoe was tired of everything.

After she destroyed the other eggs—broke their little bodies and ruptured their little organs—she held her special egg against her cheek, thrilled by its cool touch. Then she showed it around the kitchen. She said, here is the mixer where I might have fluffed you up. Here is the rack where I would have put the bread your corpse might have been a part of.

Though the egg couldn’t speak, she felt as if its empty surface was asking her questions.

She said, I don’t know what will happen to you after you die. You will be somewhere else. But I will still have this job. I will smell like canned barbecue flavour at the end of every day. I will think of you, as I scrape the bits of you off the bottom of the sink.

Then, on the tenth day, she made the egg into an omelette. She stood over the pan solemnly as the egg was frying, just like in the movies. That felt stupid, but she didn’t know what other feelings were available. As she was putting it onto a dinner plate, the omelette fell on the floor.

Zoe Barcza (1984, Toronto, Canada) lives and works in Stockholm, Sweden. She received her MFA from Städelschule, Frankfurt in 2013. Her work is currently in the exhibition ‘LE BOURGEOIS’ at 3236RLS, London, UK and ‘For Granted” at Hole of the Fox, Antwerp, Belgium. ‘Texas Liquid Smoke’ is Zoe Barcza’s first solo exhibition with Loyal. Her first New York solo exhibition ‘International Loner’ at Shoot the Lobster, New York last year was reviewed in ArtForum and BlouinArtInfo. Other places her work has been seen include Cooper Cole, Toronto; Sandy Brown, Berlin; Seventeen, London and Isbrytaren, Stockholm among others.