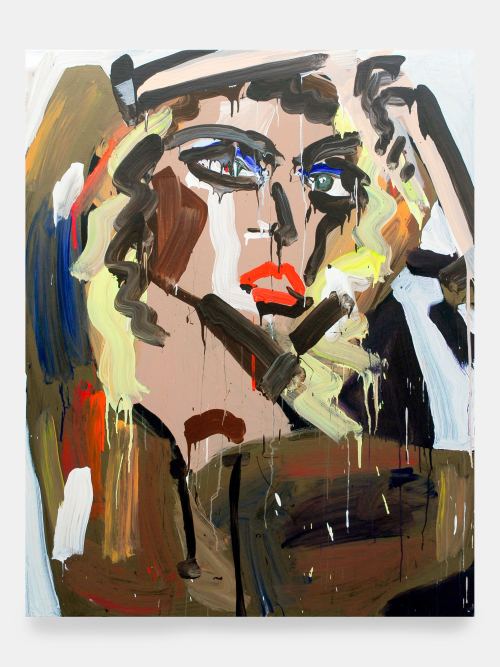 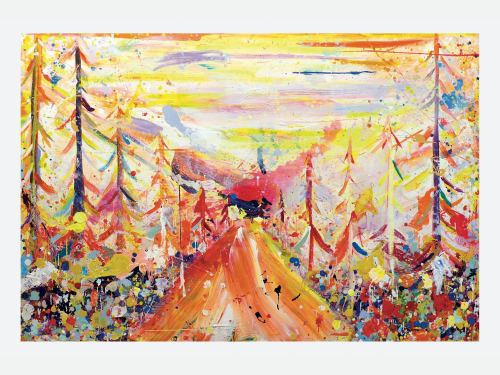 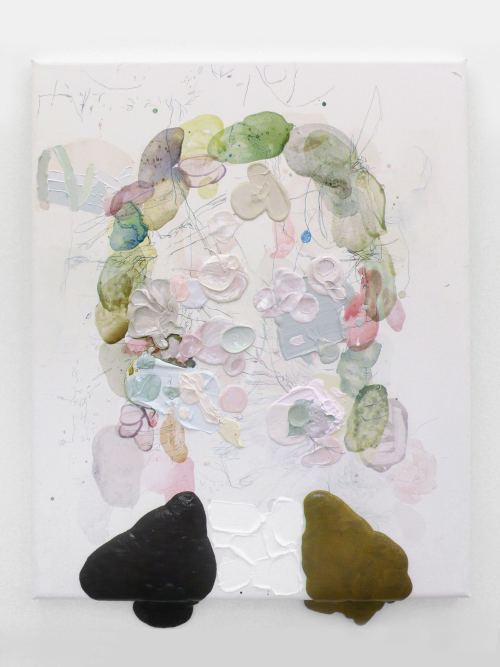 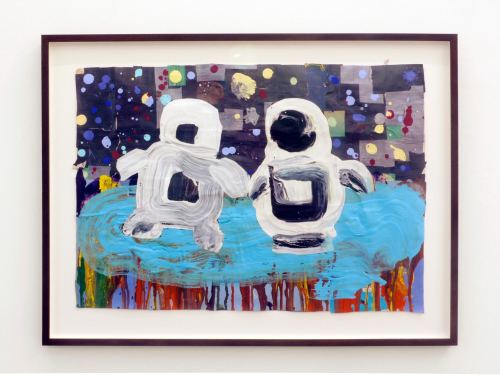 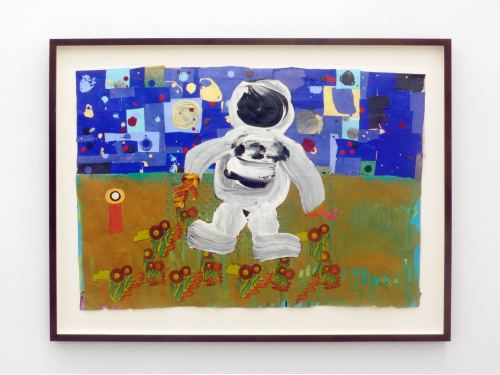 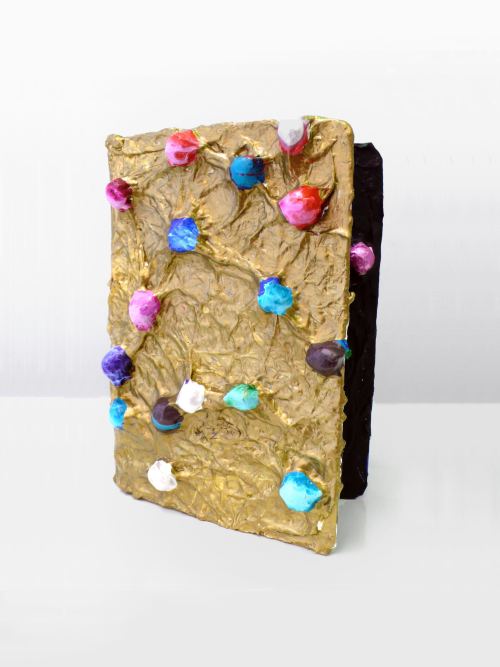 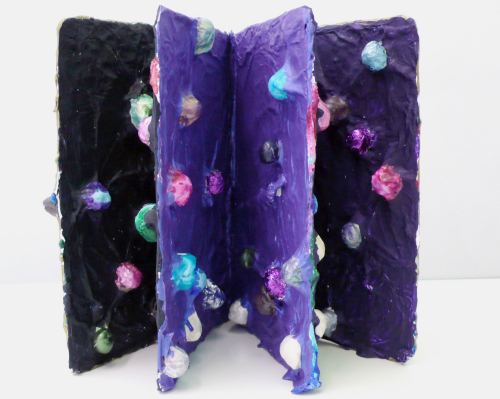 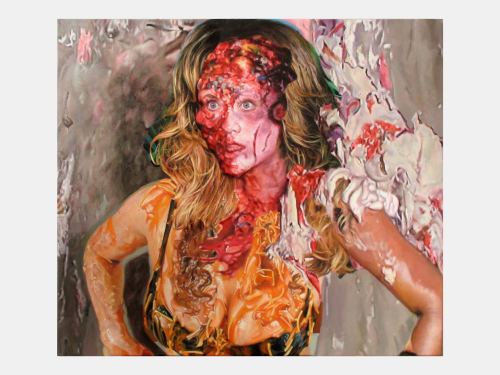 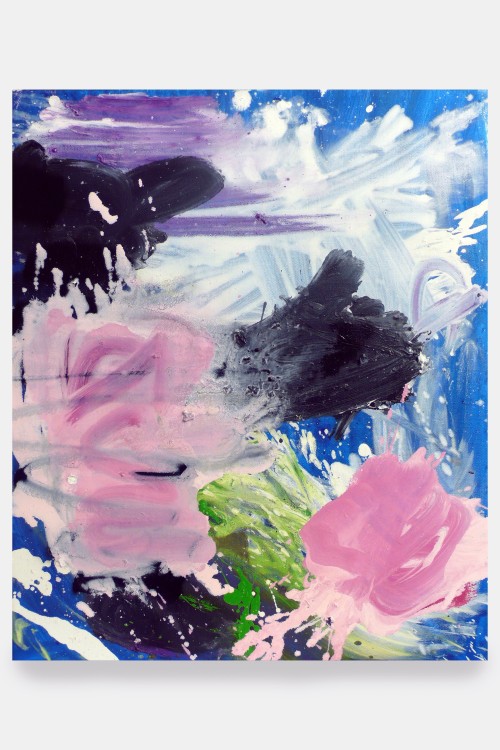 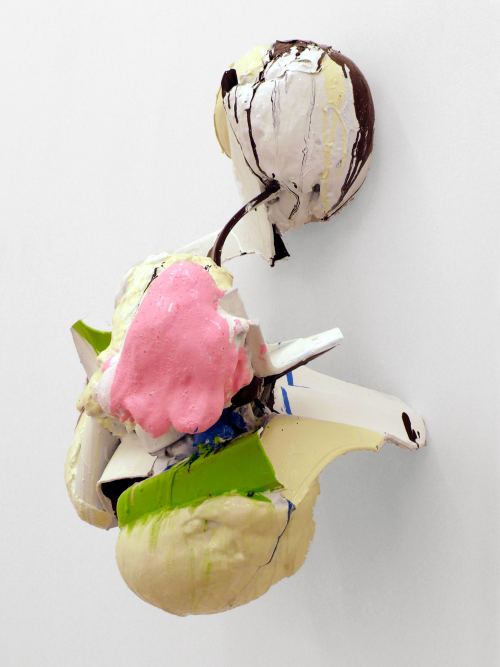 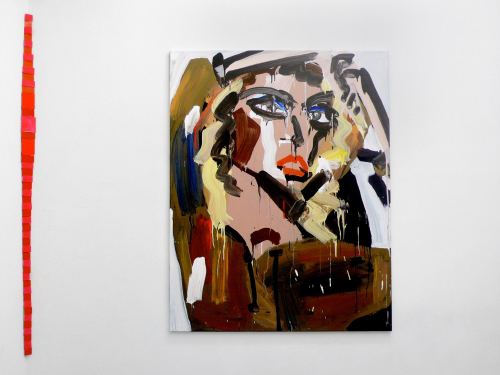 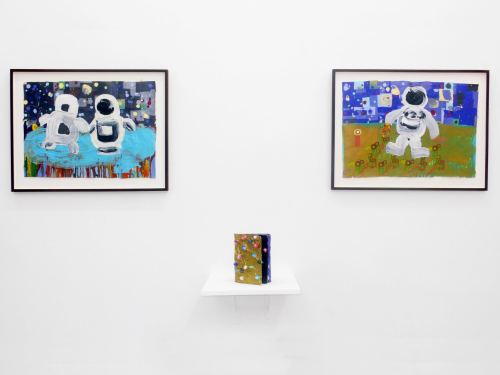 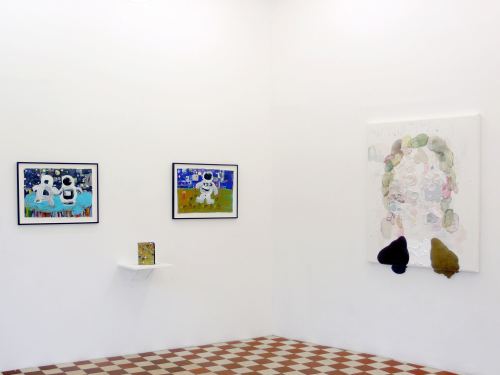 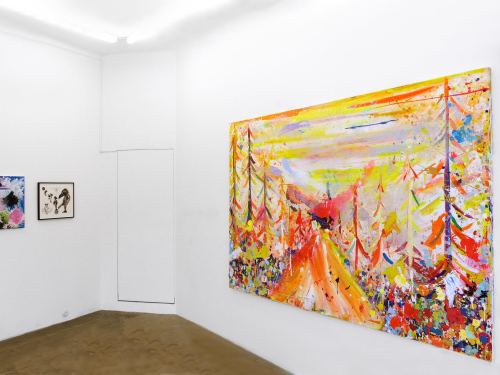 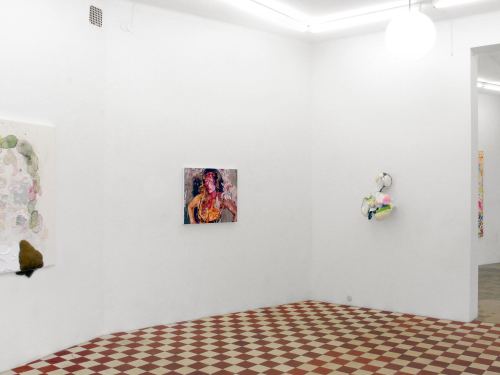 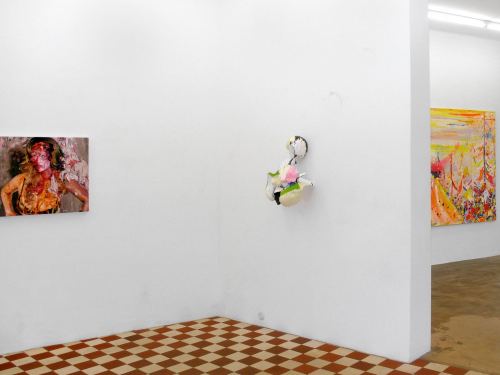 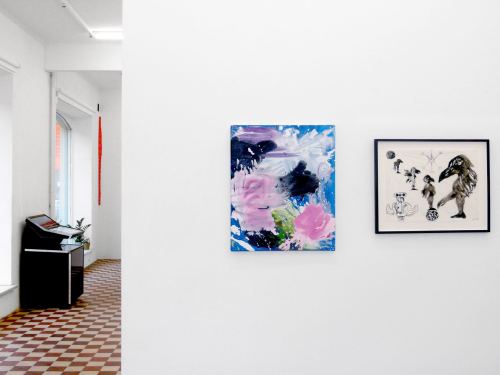 ”Watch Out!—– The spruce goose of loose juice is ’bout to hit Sweden streets when Loyal and its gang presents: “The Ice Cream Show”
This is a show dedicated to those who like to melt or for those who ever have imagined all 31 of Baskin Robbins flavors melting into a river on your head and extending out your finger tips. Fluidity is what we have here - an unabashed love of leaks, drips and spills. A lovable gooey fluid body. What better way to translate these states than with the various colored artist materials.

What Louis Armstrong called ”Chop Suey” and later Frank Zappa called ”Lumpy Gravy” is similar to what Loyal presents here with ”The Ice Cream Show”. An improvisatory state of slinging the hash and shredding it. “The Ice Cream Show” deals with artists that set up wet propositions. Art made this way looks as though it was subject to heavy weather conditions or under intense pull of gravity of the given slop. Many times the trophies from this place are the burp of a primordial soup still dressed with the after birth, raw to say the least.

I think all the artists I know, at one time or another, are struck down by nature’s sloppy ways. Personally, I remem- ber when our family’s German Shepard ate a new box of over 100 Crayola crayons. I’m still obsessed with that shit. I’m sure that some of yous marveled at melting a package of gummy bears on a sunny dashboard or in a micro- wave. I hear that Diet Coke and Mentos is the combo of the day.

Artistic s’mores–Golden Grahams, Fluff and chocolate. For the late Jason Rhoades it was extra large fish roe, packing peanuts and frozen peas. Mark Schubert finds a similar fluidity in crushed beer cans and mushed lawn chairs. Loose Juicers be baubling their cauldrons and although they may take influences or objects from the polis- hed world, they digest it and bark it back all molten.

One of my favorite oversimplifications I heard way back at the Cooper Union. A teacher was describing that the Greeks or someone distinguished two different schools for making a thing. Two distinct ways to chop yer cheddar. One, the Apollonian vision was in the sunlight, a devotion to a precise and careful weighing of the golden means and measurements. The other, Dionysian cult of manufacture was closer to Animal House. As a T.V. gets tossed out a window, a moon-driven drunkard twisted gallops by. In the corner a proud Ice Creamer melts away or sloppily dances til the morning light.”
— Brian Belott, New York City, April 2008