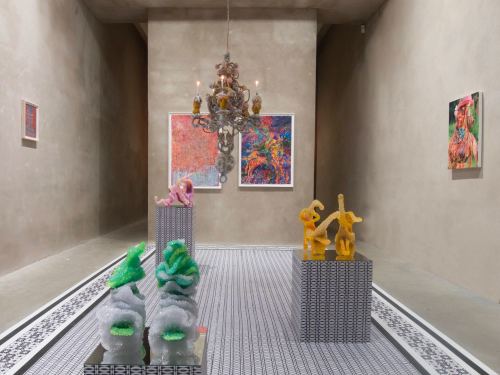 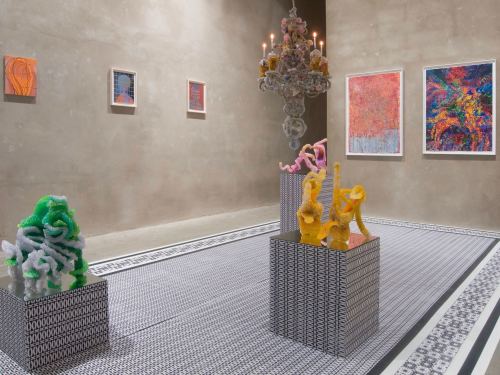 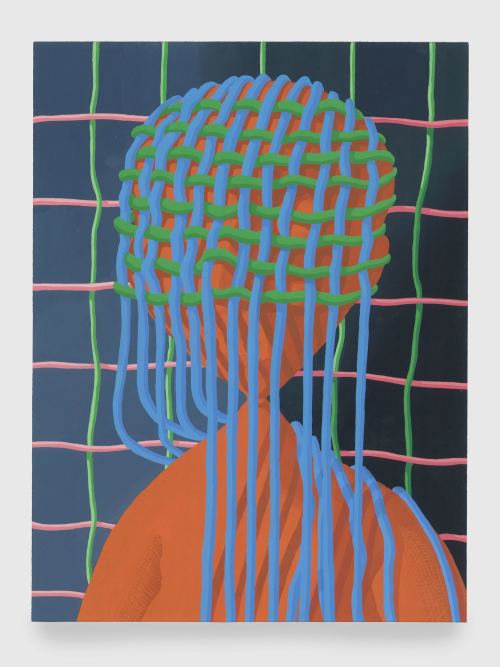 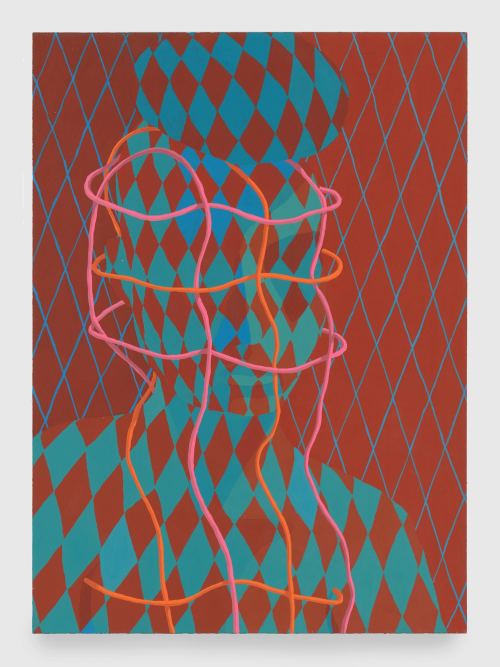 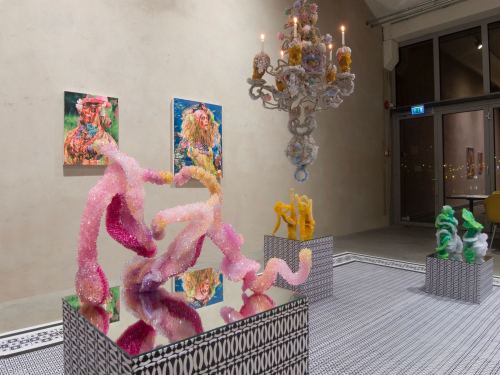 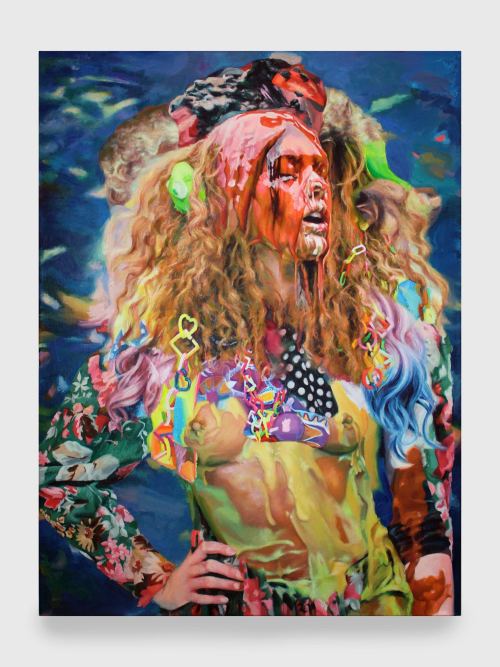 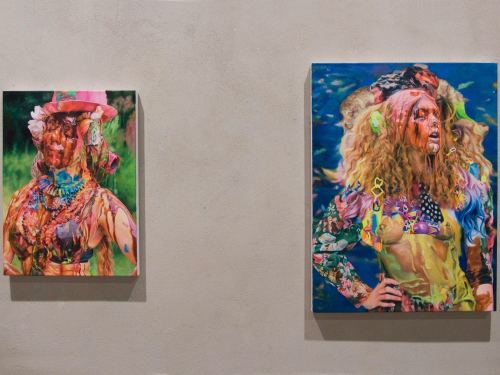 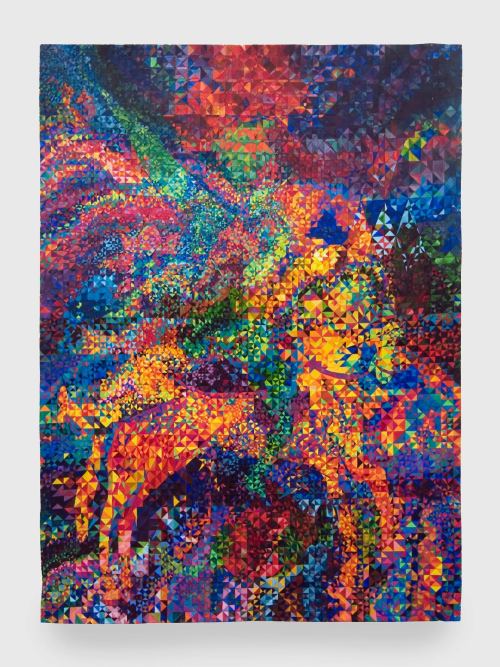 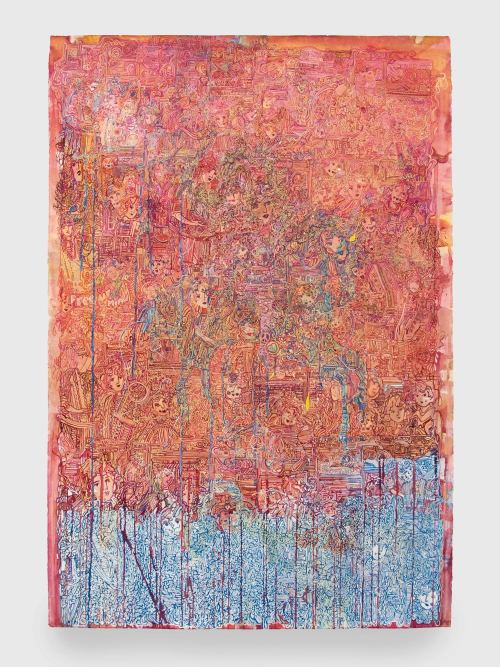 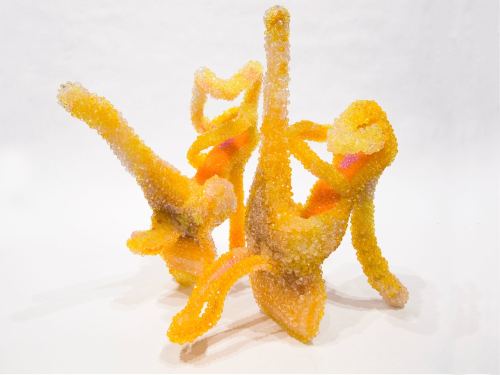 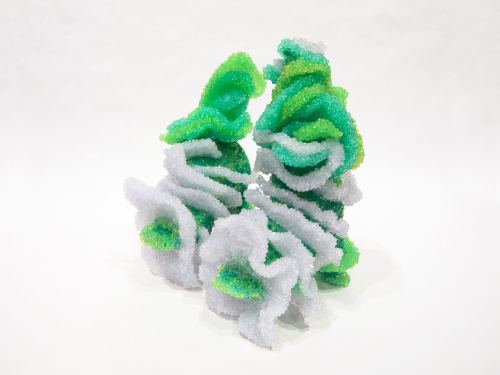 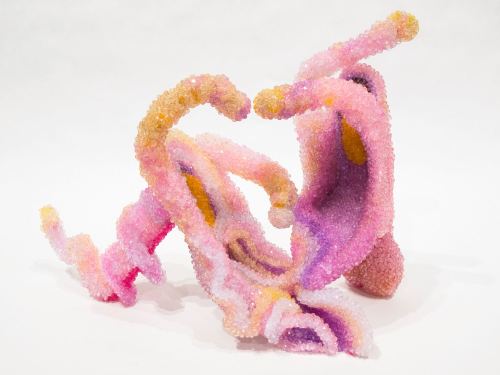 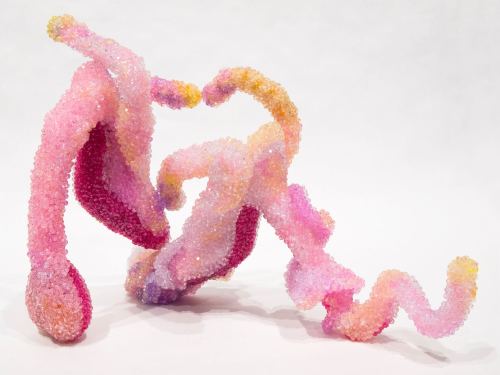 Loyal is pleased to present The Reveal with new works by Sascha Braunig, Raul de Nieves and Francine Spiegel. The exhibition includes painting, sculpture, as well as installation.

Braunig, de Nieves and Spiegel each echo the fantastical and theatrical, rather than the restrained and practical. With a tension between fantasy, reality and the quality of the myth, The Reveal is an exhibition that balances between experience and aesthetic form. The stylization takes on an extra resonance when seen through the passageways of performance and sculpture that underly the work of these three artists.

The work of Raul de Nieves spans large-scale figurative sculpture, narrative painting, ornamental shoes and garments, multimedia performance, and live music. De Nieves boldly sculpts shoes in intricate beadwork that evoke the appeal of glamour, capturing in a subtle way, the fairytale disguised in fashion. The shoes derive from and are often worn in de Nieves’ decadent performances. These items assume an autonomous significance with the afterglow of the experience. Rebellion is enshrined into lavish color and pattern.

Sascha Braunig’s figures of noble lines, coils and curls create a connection between adornment and its environment. Surface tension is stretched in a play between elements - covered and uncovered, hidden and revealed. Somber and saturated hues along with a gently caustic palette create a pervading uneasy feeling in her oil paintings and gouache works. In a wave of flirtation, the image is exposed to the onlooker.

Francine Spiegel’s paintings depict the female figure who seems to have undergone a regeneration after a ceremony of unpredictable effects. There is a sense of peril and distortion in these enshrouded figures that wobble with poise and prominence. There is also an underlying performative practice in Spiegel’s work in which liquid color, foods and gooey substances are poured onto herself and her subjects. A revelry in the unknown where opulence, optimism and menace are mingled and recrossed in a web of adventurous and deliberately advanced grandeur.