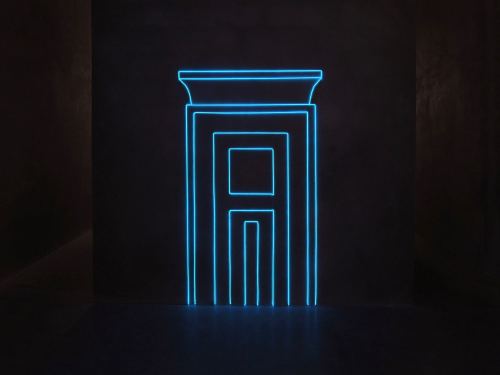 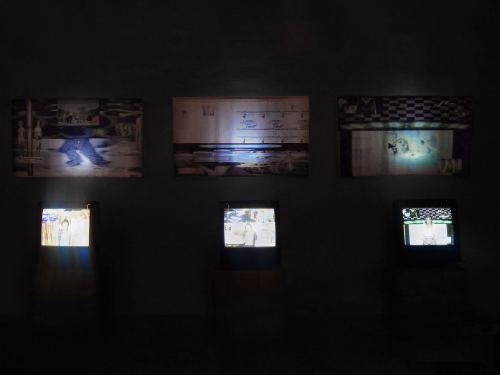 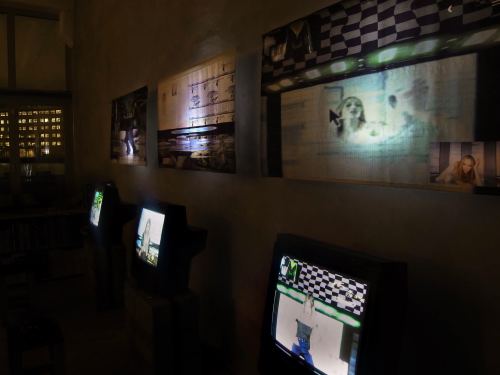 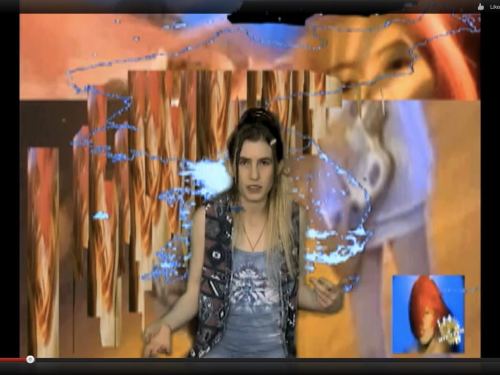 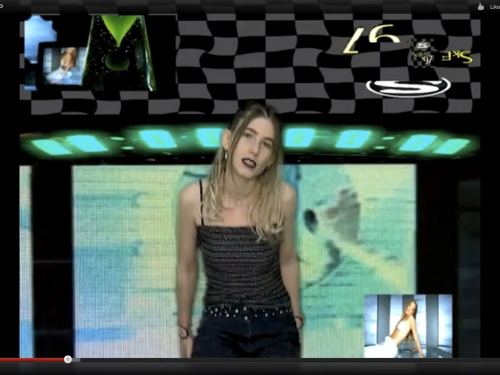 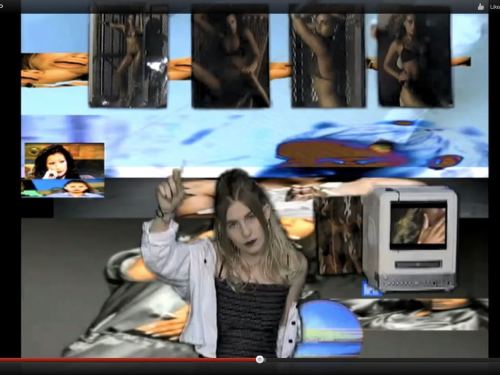 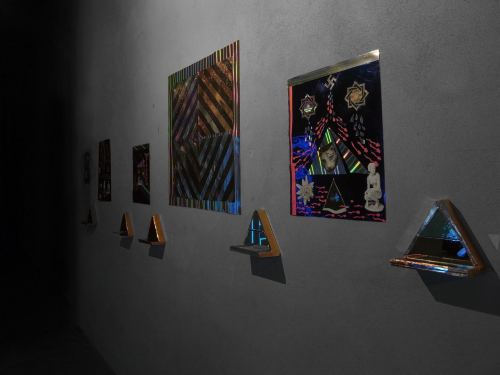 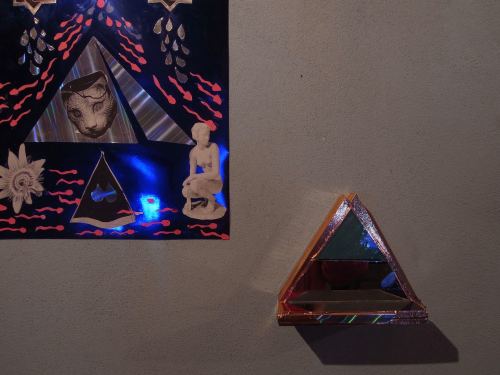 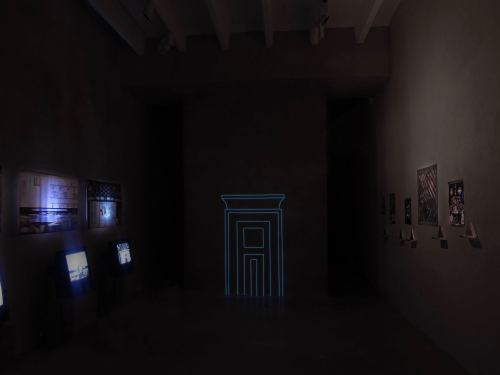 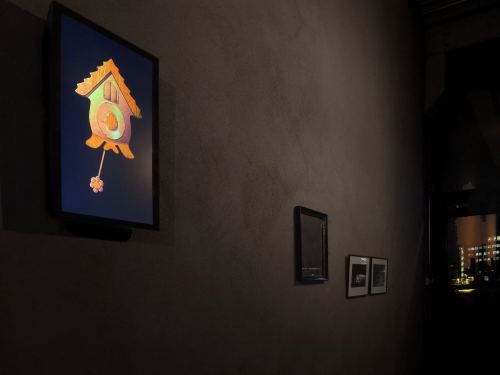 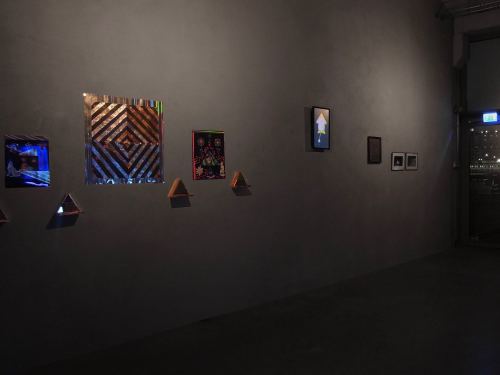 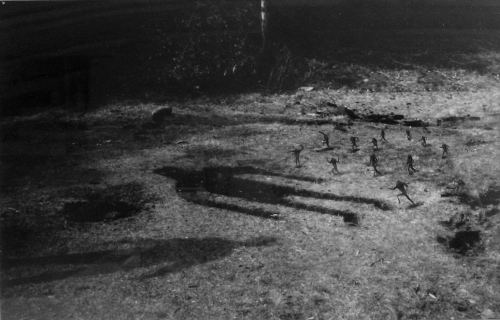 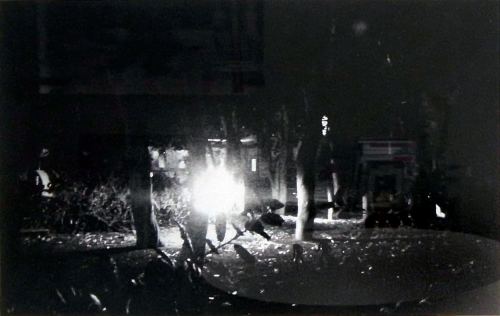 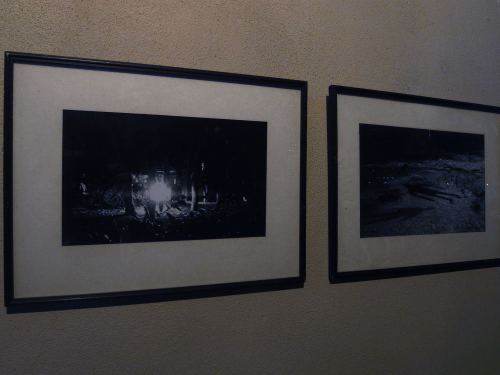 There are two methods to hit the button that opens The Room. The Room will not open initially. Outside of the map’s boundary is a glowing green switch which requires one to activate it. Once the switch has been pressed, all of your allies will disappear as you enter The Room. Due to the difficulty of this task it is recommended to com- plete the level with a friend. It is possible to survive using either method. Inside The Room are five databases that hold a collection of information - textual documents, video broadcasts, metallurgy, etchings, light installation.

Andreas Nilsson (1973, Sweden) is a Swedish artist and director based in Malmö, Sweden. Nilsson is well known for his distinctive music videos with a dark humor for artists including The Knife, Fever Ray, MGMT, 2 Chainz feat. Kanye West, José González, Peter, Björn & John, Miike Snow. Nilsson produced the large scale, live on-stage installations for The Knife’s “Silent Shout” tour. At Stockholm’s Royal Dra- matic Theatre, Nilsson produced an interpretation of Ingmar Bergman’s ‘The Hour of the Wolf’ with music by Fever Ray. His sculpture installation work has been exhibited at Bonniers Konsthall (Stockholm) and Skissernas Museum (Lund). This is his first exhibition with Loyal.

Jamie Krasner (1989, New York) is an artist from New York City where she currently lives and works. Krasner graduated from the Rhode Island School of Design in 2011 with a BFA in Fine Arts, Printmaking and studied Feminist Theory at Brown University, Providence, RI. This is her first show with Loyal. Krasner’s work intertwines writing, digital art/video, and music. It reflects a fragmentation of language - visual and written, and a tension in persona between defining the absolute versus the shattered whole. Krasner performs often, using her music as a platform to incorporate visual/ video elements and persona. She is currently working on a series of music videos for producer Gobby (UNO NYC), and collaborates with other NY-based producers Physi- cal Therapy and Arca, as well producing music under the names RUM(JamesK) and Vanessas.

Anna Norlander (1976, Sweden) is a Swedish artist living in London. Norlander was a founding member of Loyal Magazine at its inception in May 2000. This is her fourth exhibition with Loyal. She currently lives and works in London. Her work includes col- lage, drawing, sculpture and sound. In The Room, Norlander will show a new group of drawings and works in copper and other metals.