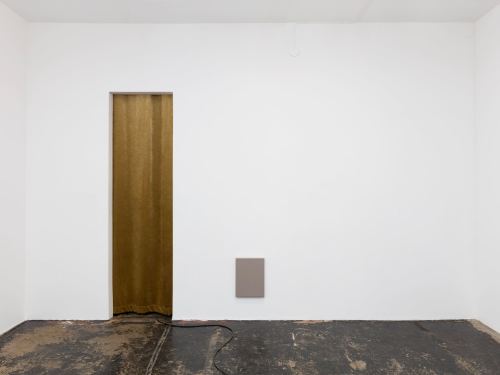 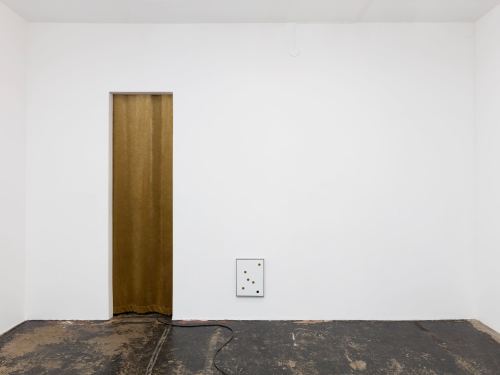 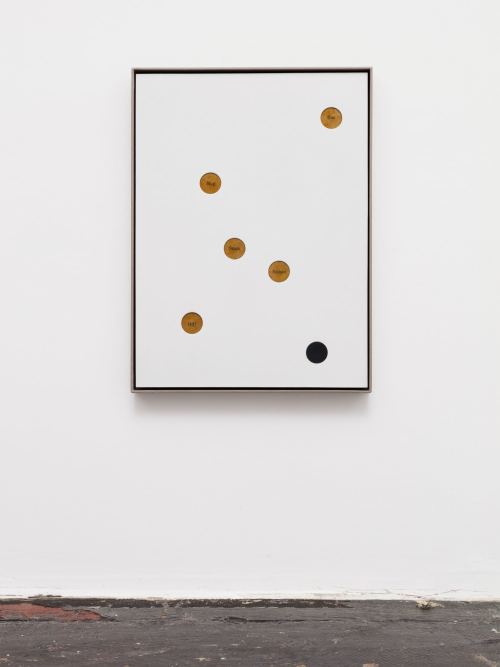 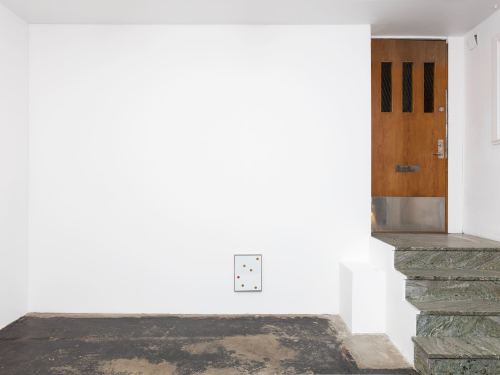 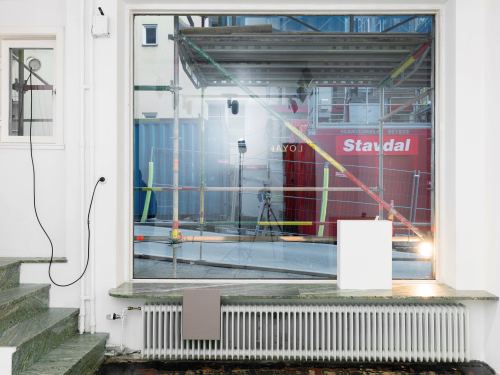 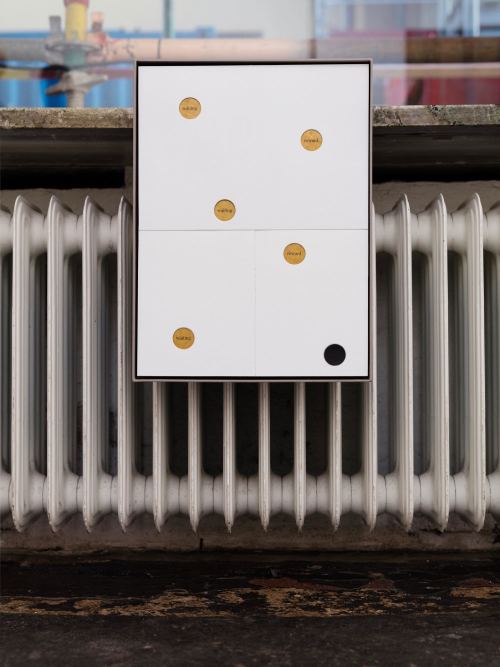 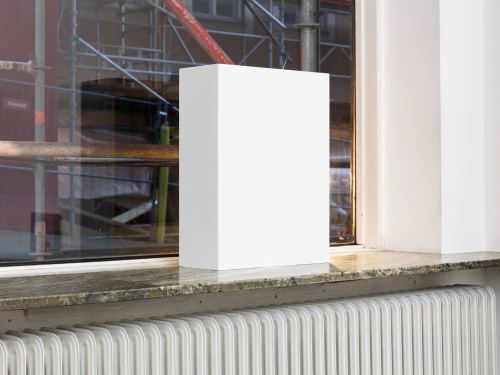 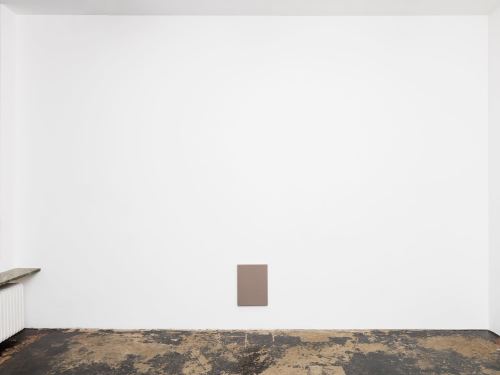 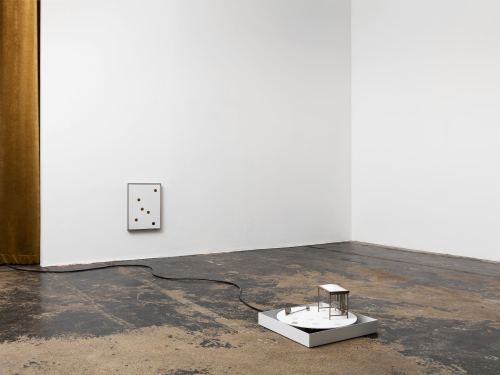 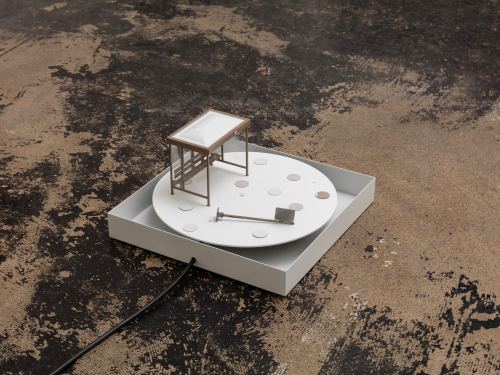 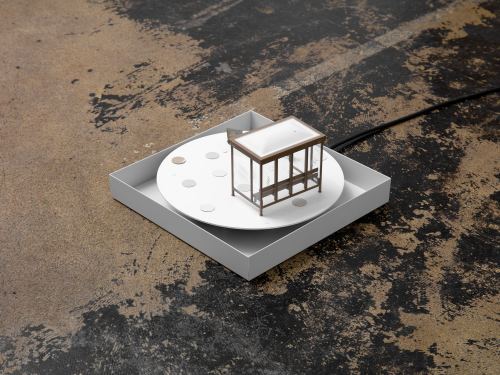 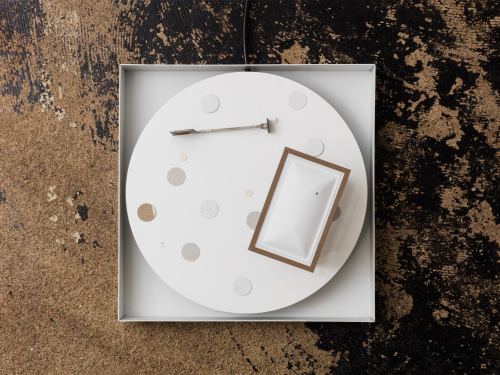 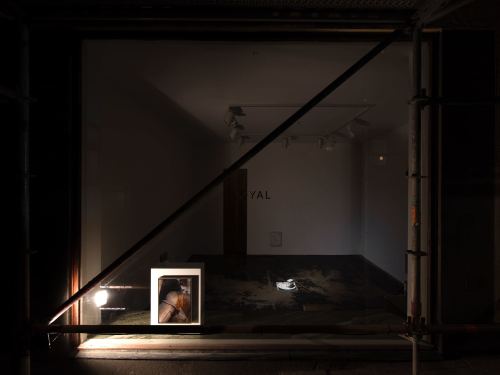 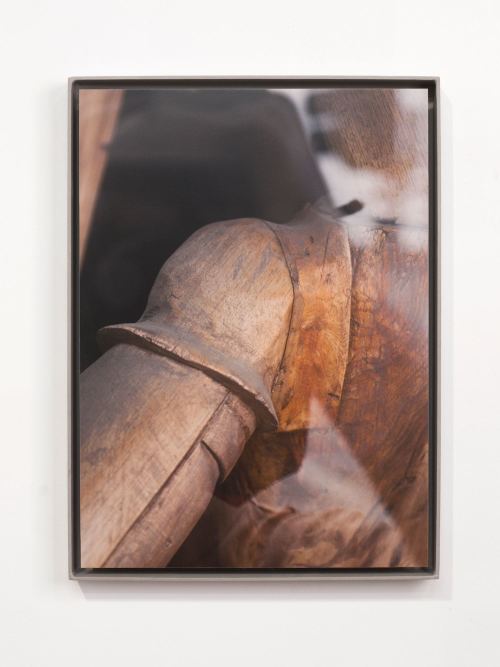 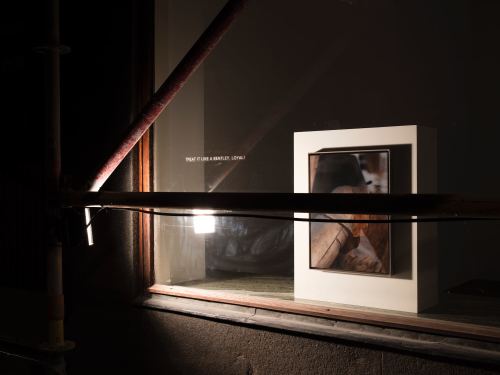 This exhibition is comprised of two timekeeping, recording elements. One is local and fitted to the parameters of the exhibition and the gallery space itself. Another is imported from Los Angeles and from a childhood memory in London.

The local or outer clock is a group of four collages. One for each wall of the gallery and in turn for each week of the exhibition. The collages have sticky fly tape windows on their surface that see and breathe in all of the volatile information around them. Each collage is contained in a two- part box in which the back is a frame and the front is a lid. For the four works, there are 3 lids. For each week of the exhibition the lids will rotate revealing one collage at a time.

This outer-exhibition advent calendar is talking to the imported clock in the middle of the room. This clock sculpture is an adaption of a set created by Giles Cadele for the two-part theater dramatization of His Dark Materials by Philip Pullman at the National Theater in London. A rotating stage was used in this production. In the work, a defunct bus shelter taken from a corner in Eagle Rock, takes 12 hours to make a full rotation. At the kinetic moment that it realigns to face its power source, it is midday or midnight in LA.

P.S. There is a second, separate exhibition here as well. It contains the body part of a man that I took from an indefinitely-closed storefront that I pass on my way to the studio. His extremities are bound to wait, one at a time, broken up across street-facing windows, in cities other than his own, until further notice.

Did he ever return?
No he never returned
And his fate is still unlearn’d
He may ride forever
‘neath the streets of Boston
He’s the man who never returned.

– Charlie on the MTA, 1949, Lyrics by Jacqueline Steiner and Bess Lomax Hawes