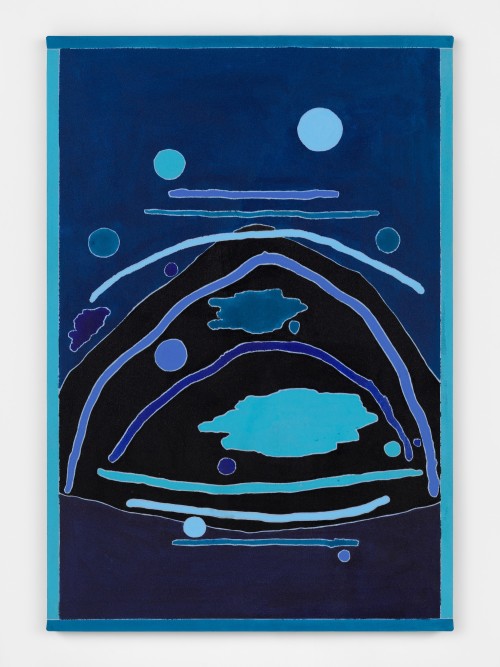 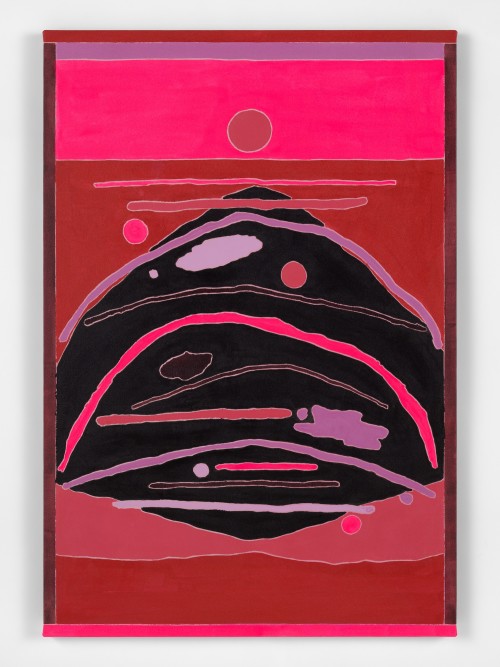 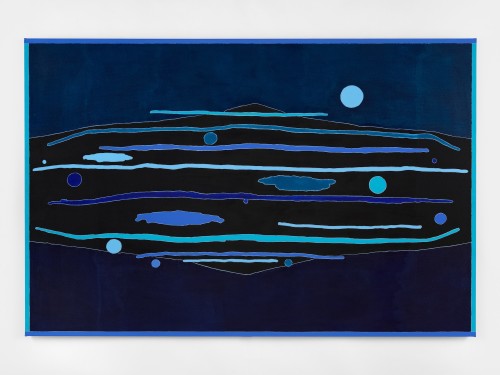 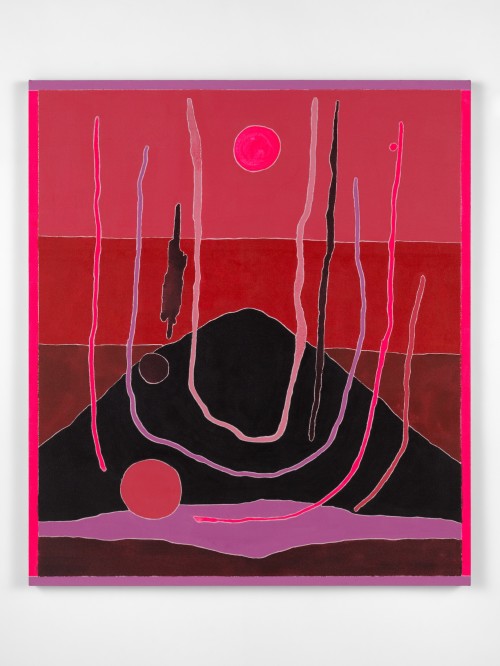 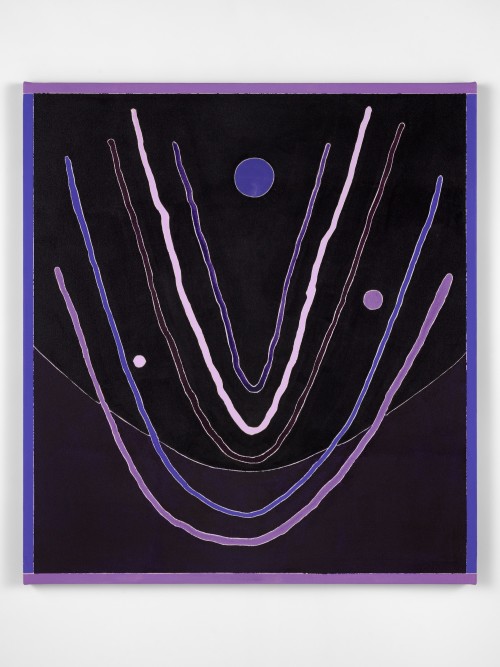 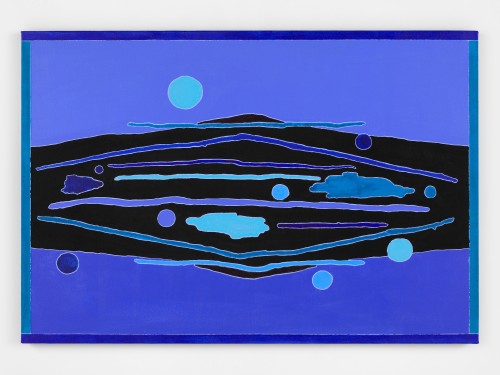 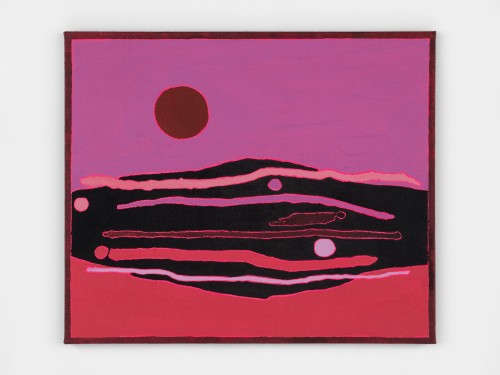 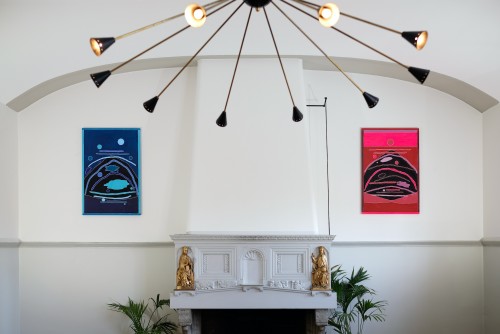 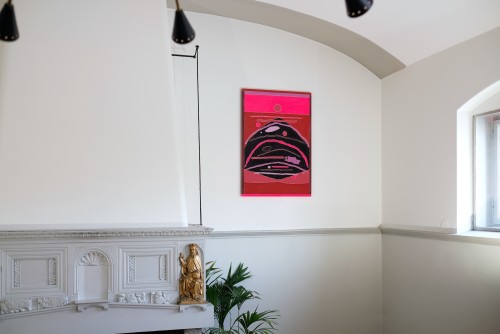 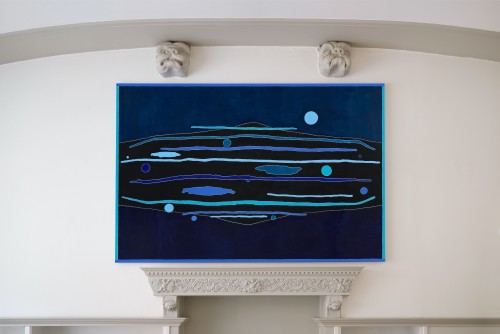 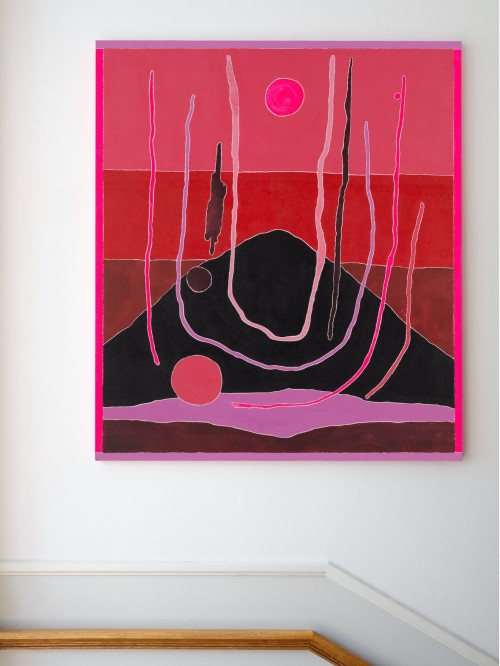 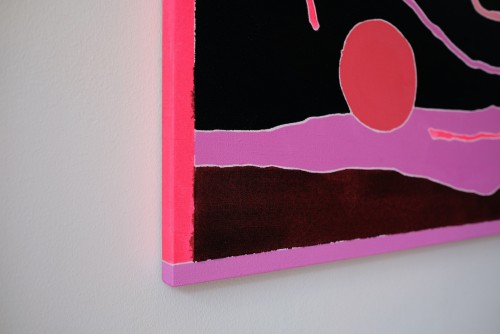 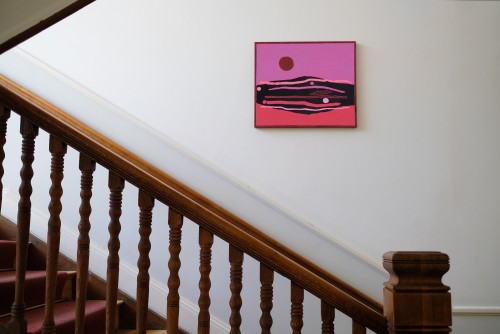 On a spring Sunday morning in Hawaii, journalist William Finnegan paddled his surfboard out from the Waialae coastline. The tide was low, the morning placid, the water still. For Finnegan, surfing filled ‘a psychic cavity’. The simple act of floating on a board, waiting in anticipation of a wave that might never come, allowed him to feel at once connected with a spiritual force and utterly alone. ‘I felt myself floating between two worlds’, he wrote in Barbarian Days: A Surfing Life (2015), ‘I felt privy to mysteries.’

Like Finnegan, Russell Tyler spent much of his childhood surfing in Hawaii. And, like Finnegan, Tyler’s works linger at the edge of the world. Lonely moons spill their colours onto stone black oceans. Wisps of purple and peach offer themselves up sunsets of gradating red. Blues sit on blues sit on blues. There are mysteries here, but they are mysteries of deep time. Mysteries not meant for us.

Tyler paints from memory and, as such, these works approximate not just physical but psychological landscapes, also. They reconstruct their mountains, their horizons and hues, but so too do they sketch the fine edges of an atmosphere, an energy, an affect. And, as is evidenced by Radioactive Dawn, by Bluescape, by All the Moons, this atmosphere is one of poise, of equilibrium. Always, shapes and shadows are daintily balanced against one another, as if bubbles pressed cheek to cheek before popping themselves out of existence.

There is an anachronistic tinge to Tyler’s paintings, a retrofuturist quality to his palette and insistent outlines (not to mention his clusters of many moons) that reverberates with the graphic language of 1970s science fiction. But the comparison is not solely aesthetic. In contrast to much contemporary sci-fi, there was a belief amongst early adopters of the genre that a social utopia was, if not probable, then possible. Moreover, the collective salvation of mankind often necessitated a reconnection with, a reinvestment in, the natural world; a process of spiritual rediscovery that Tyler’s paintings seem to document. This is work that knows both isolation and connection, both loneliness and life. ‘To be whole is to be part’, wrote Ursula K. Le Guin in The Dispossessed (1974), ‘true voyage is return.’

The Swedish word mångata is used to describe the column of shimmering white light that the moon casts on a body of water. While it has no English equivalent, its loose translation is ‘moon road’, a phrase connoting a process of otherworldly transition that feels central to Tyler’s painting. For this is work about movement, of course: solar, lunar, oceanic, human. But it is also about the gentle act of refusing that movement, if only for a second. Paddling the moon road to sea and watching the world pass you by.