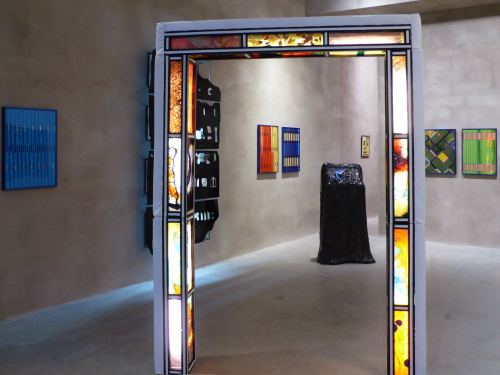 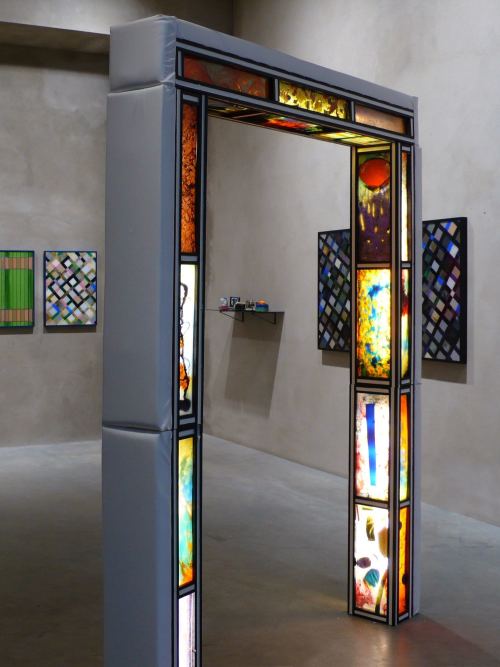 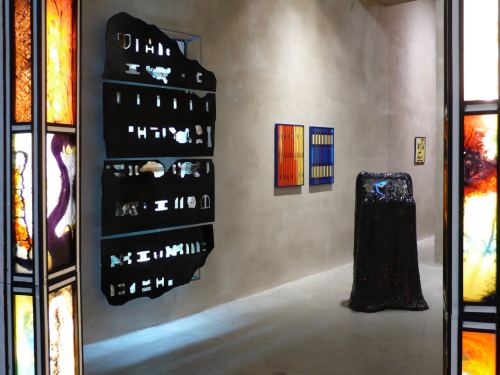 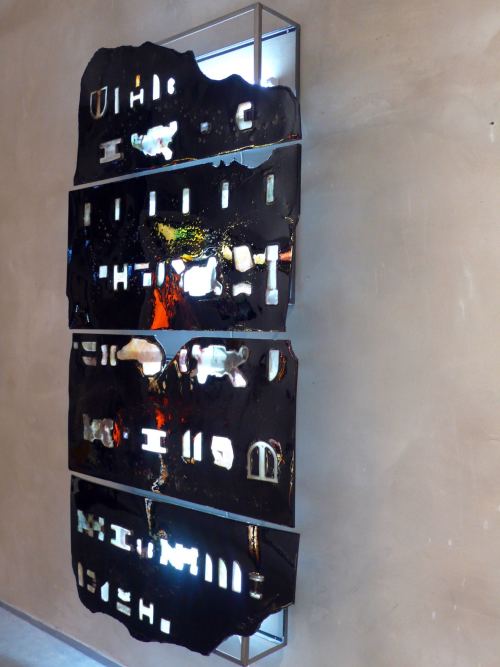 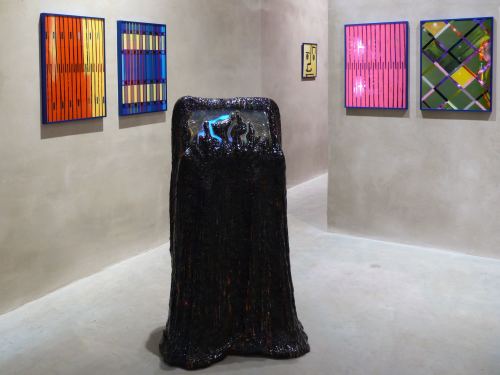 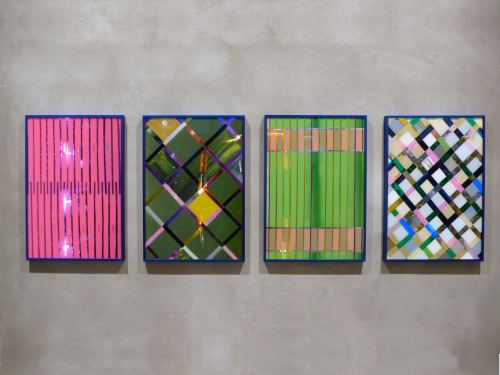 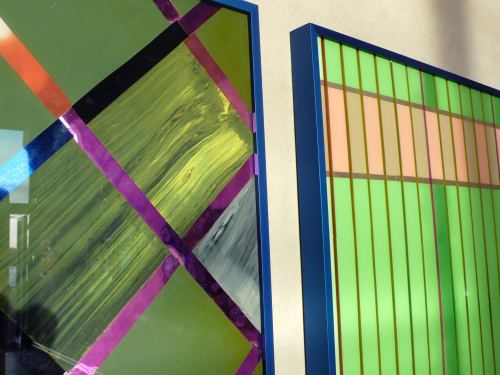 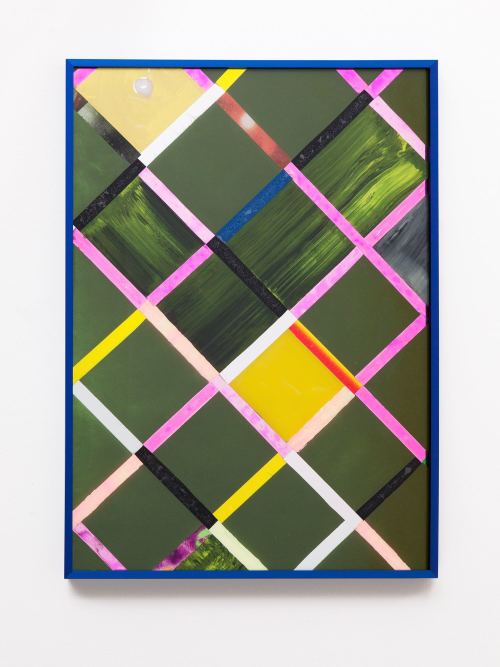 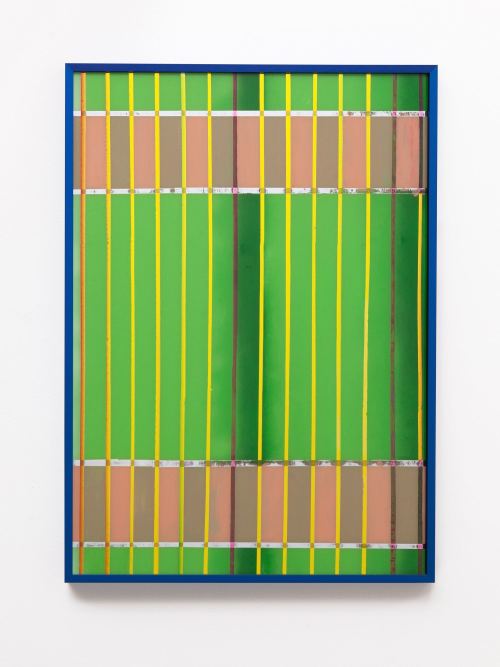 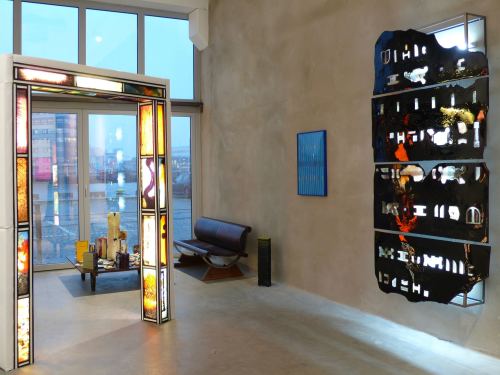 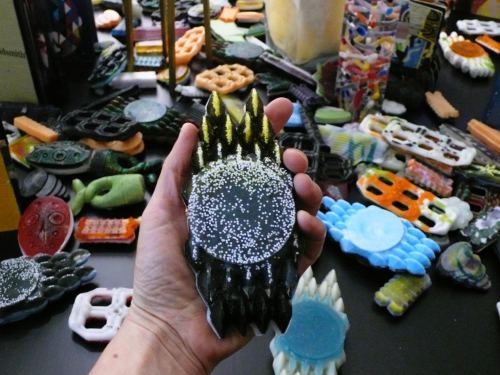 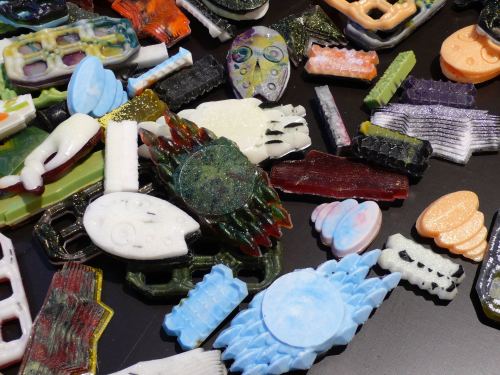 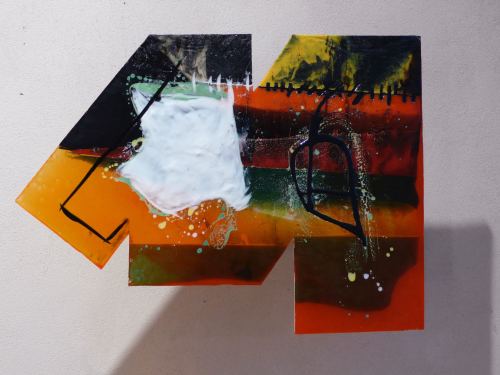 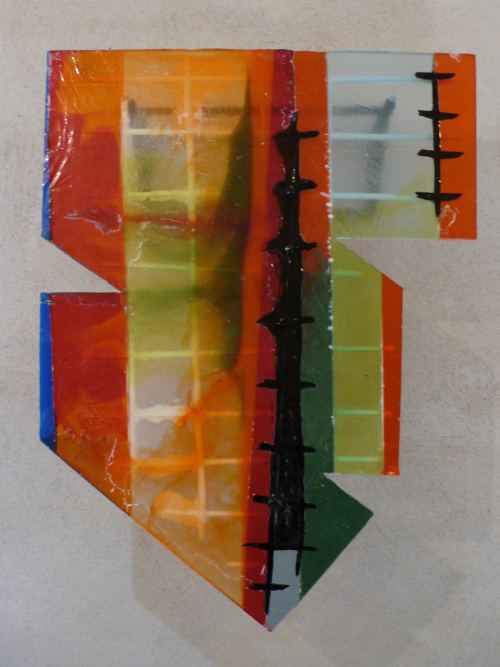 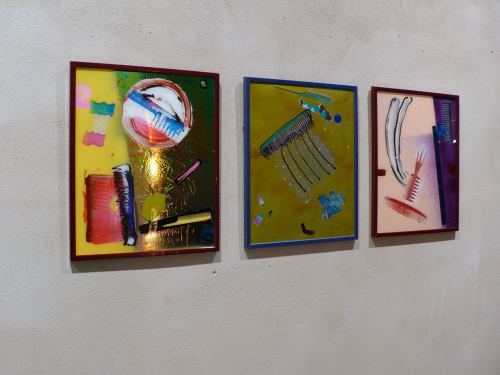 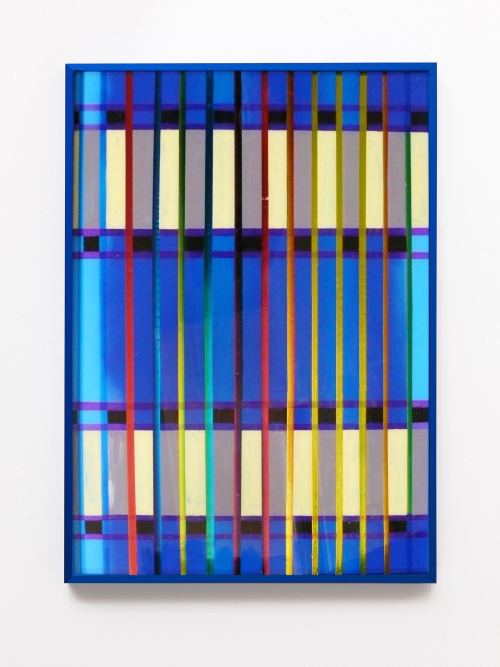 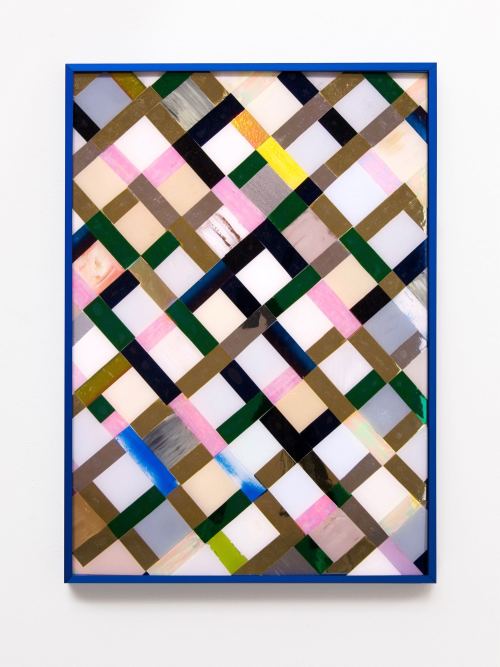 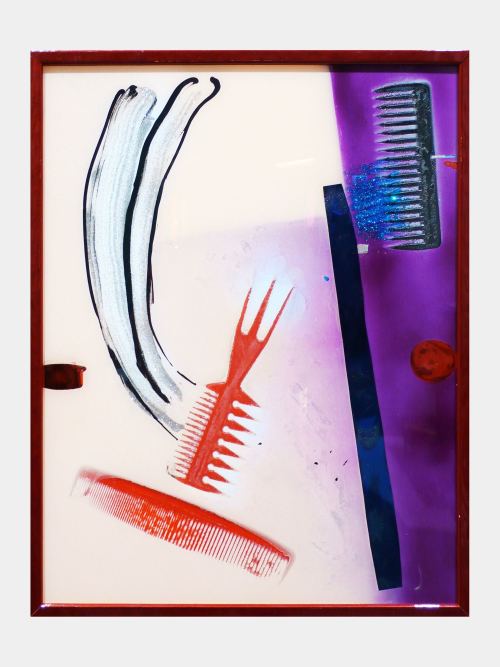 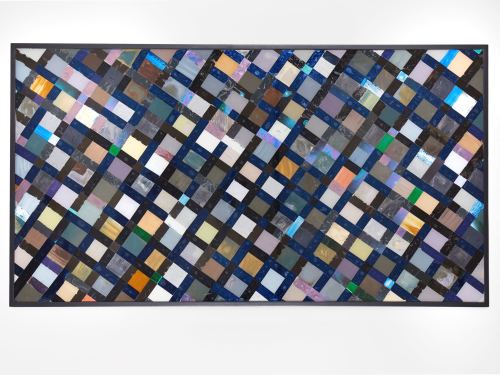 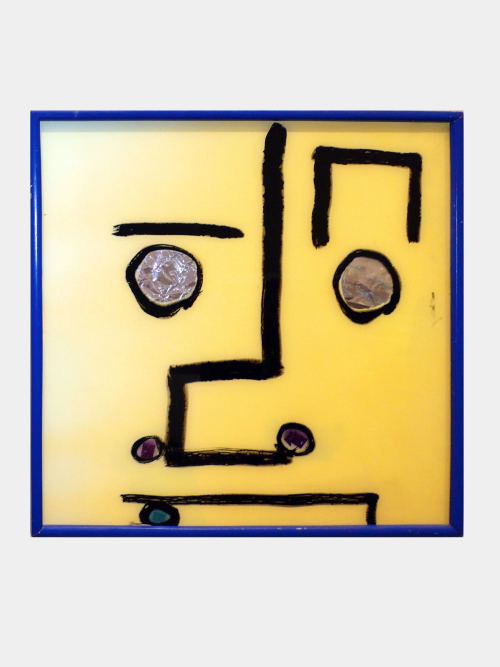 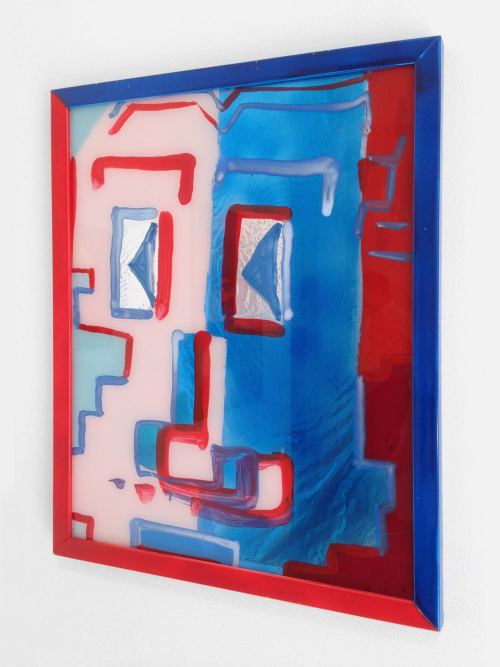 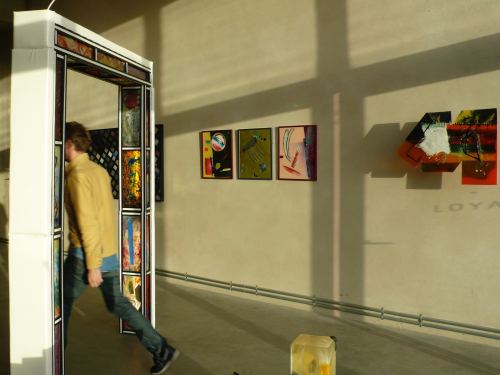 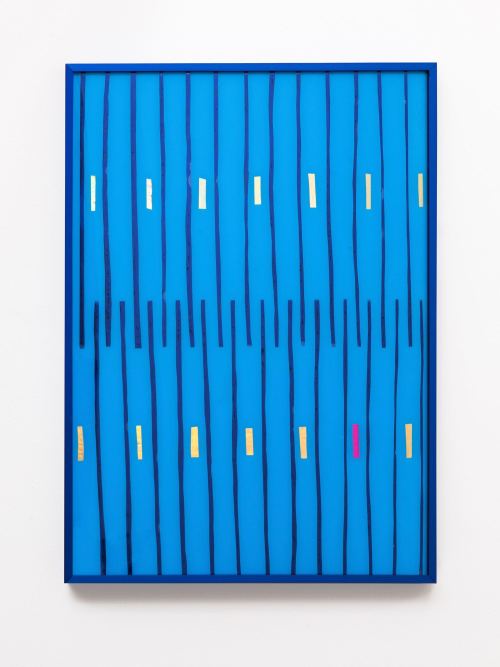 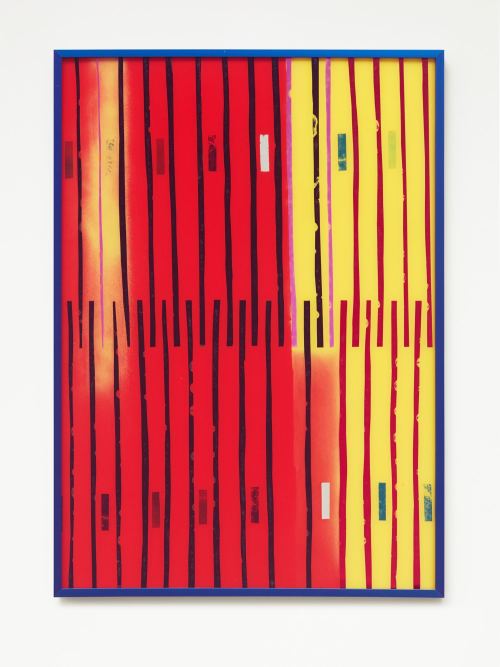 Not unlike William Carlos Williams’ famous poem Red Wheelbarrow I would like the reader to consider the image of a frozen aquarium. But by Golly! In this day and age we don’t have to consider shit! So I plucked my trusty computer pie, which brought me to look at startling images from halfway across the world of actual frozen aquariums. I don’t encourage the reader to do this unless you are pissed at fish.

Like a prehistoric bee in amber, through the bramble, Belott and Greenberg expand on the possibilities of globular lobs. These guys lay on a pretty blobby bubblegum moss. Reflective, flickering and sometimes filled with gleaming lights, glowing like cooling space lava in a metallic river of mercury.

Walking into Windshield Unexpected Wipers (WUW) one is arrested by Mr. Greenberg’s tone-setting sculptures. Lodged in a time warp tug-of-war, Greenberg’s sculptures appear futuristic and at the same time ancient. Let’s begin with the large sculpture of an illuminated archway. Maybe it’s a security checkpoint metal detector combined with a chinese lamp shrine doorway? Maybe the archway is left debris from a larger structure, no longer present? We don’t know. But we do know that when we pass through it, it initiates us and a tone is set. A bizzaro stonehenge hum.

Glittering glory! Brian Belott’s reverse glass paintings seem to be lit from within and even flash as you pass them using the secret powers of the peacock feather, the phenomenon of iridescent or opalescent. This quality of flashing works extremely well with the basic hypnotic rhythmic patterns of repeated lines and grid configurations he employs in these new paintings. Watch It! Because like a waving pocket watch, it’s quite possible (watch) that you could be brought to a flittering (watch) moment of another time or past life! Watch!

Brian Belott has a penchant for absurdity and lyrical abstraction with an elegant, slapdash aesthetic. Belott collects, classifies and codifies objects into humming patterns. When the materials - paint, foil, combs, cellophane - hit the glass surface, Belott effectively freezes the fluidity of the paint like a drop of liquid inside a microscope slide and captures the wild flow with an unexpected constraint.

In WUW Jesse Greenberg’s piece de resistance is what looks like from a distance to be a burnt jukebox but upon closer inspection we find that it is a pixel fountain that’s out of this world. This device displays a video animation of an undulating and ever-changing digital pour. Melted “stalactites” fall from the screen, forming a gown or cape of marbleized plastic skin that serves as a base. Its ever changing animation flickers one into trance. Not being able to pin down exactly what these objects are referring to is one of their powers. They remain a fusion or mash-up of different references from house lamps to obelisks and back again. From religious totems to ATMs.